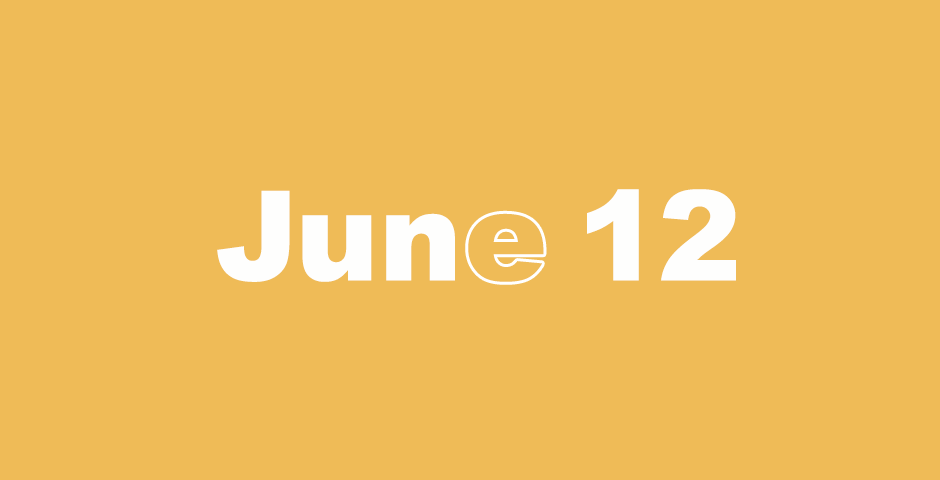 1 When Solomon had finished the building of the house of the Lord, the king’s house, and all Solomon’s desire which he was pleased to do, 2 the Lord appeared to Solomon the second time, as he had appeared to him at Gibeon. 3 The Lord said to him, “I have heard your prayer and your supplication that you have made before me. I have made this house holy, which you have built, to put my name there forever, and my eyes and my heart shall be there perpetually.

4 As for you, if you will walk before me, as David your father walked, in integrity of heart, and in uprightness, to do according to all that I have commanded you, and will keep my statutes and my ordinances; 5 then I will establish the throne of your kingdom over Israel forever, as I promised to David your father, saying, ‘There shall not fail to be a man from you, on the throne of Israel.’

6 But if you turn away from following me, you or your descendants, and do not keep my commandments and my statutes which I have set before you, but go and serve other gods, and worship them; 7 then I will cut off Israel out of the land which I have given them; and I will cast this house, which I have made holy for my name, out of my sight; and Israel will be a proverb and a byword among all peoples. 8 Though this house is so high, yet everyone who passes by it will be astonished and hiss, and they will say, ‘Why has the Lord done this to this land and to this house?’ 9 and they will answer, ‘Because they abandoned the Lord their God, who brought their fathers out of the land of Egypt and embraced other gods, and worshiped them, and served them. Therefore the Lord has brought all this disaster on them.’ ”

Cities Given to Hiram

10 At the end of twenty years, in which Solomon had built the two houses, the house of the Lord and the king’s house 11 (now Hiram the king of Tyre had furnished Solomon with cedar trees and cypress trees, and with gold, according to all his desire), King Solomon gave Hiram twenty cities in the land of Galilee. 12 Hiram came out of Tyre to see the cities which Solomon had given him, and they did not please him. 13 He said, “What are these cities which you have given me, my brother?” He called them the land of Cabul to this day. 14 Hiram sent to the king 8,000 pounds of gold.

15 This is the reason for the levy which king Solomon raised, to build the house of the Lord, his own house, Millo, Jerusalem’s wall, Hazor, Megiddo, and Gezer. 16 Pharaoh king of Egypt had gone up, taken Gezer, burned it with fire, killed the Canaanites who lived in the city, and given it as a wedding gift to his daughter, Solomon’s wife. 17 Solomon built in the land Gezer, Beth Horon the lower, 18 Baalath, Tamar in the wilderness, 19 all the storage cities that Solomon had, the cities for his chariots, the cities for his horsemen, and that which Solomon desired to build for his pleasure in Jerusalem, and in Lebanon, and in all the land of his dominion.

22 But of the Israelites Solomon made no bondservants, but they were the men of war, his servants, his princes, his captains, and rulers of his chariots and of his horsemen. 23 These were the 550 chief officers who were over Solomon’s work, who ruled over the people who labored in the work.

24 But Pharaoh’s daughter came up out of the city of David to her house which Solomon had built for her. Then he built Millo.

25 Solomon offered burnt offerings and peace offerings on the altar which he built to the Lord three times per year, burning incense with them, on the altar that was before the Lord. So he finished the house.

26 King Solomon made a fleet of ships in Ezion Geber, which is beside Eloth, on the shore of the Red Sea, in the land of Edom. 27 Hiram sent in the fleet his servants, sailors who had knowledge of the sea, with the servants of Solomon. 28 They came to Ophir, and fetched from there, 28,000 pounds of gold, and brought it to king Solomon.

1 When the queen of Sheba heard of the fame of Solomon concerning the name of the Lord, she came to test him with hard questions. 2 She came to Jerusalem with a very great caravan, with camels that bore spices, a great quantity of gold and precious stones; and when she had come to Solomon, she talked with him about all that was in her heart.

3 Solomon answered all her questions. There was not anything hidden from the king which he did not tell her. 4 When the queen of Sheba had seen all the wisdom of Solomon, the house that he had built, 5 the food of his table, the sitting of his servants, the attendance of his officials, their clothing, his cup bearers, and his ascent by which he went up to the house of the Lord; she was breathless.

6 She said to the king, “It was a true report that I heard in my own land, of your acts and of your wisdom. 7 However I didn’t believe the words until I came and my eyes had seen it. Not even half of it was reported to me! Your wisdom and prosperity exceed the fame which I heard. 8 Happy are your men, happy are these your servants, who stand continually before you, who hear your wisdom. 9 Blessed is the Lord your God, who delighted in you, to set you on the throne of Israel. Because the Lord loved Israel forever, therefore he made you king, to do justice and righteousness.” 10 She gave the king 9,000 pounds of gold and a tremendous amount of spices and precious stones. Never again was there such an abundance of spices as these which the queen of Sheba gave to king Solomon.

11 The fleet of Hiram that brought gold from Ophir, also brought in from Ophir great quantities of almug trees and precious stones. 12 The king made of the almug trees, pillars for the house of the Lord, and for the king’s house, harps also and stringed instruments for the singers. No such almug trees came or were seen, to this day.

13 King Solomon gave to the queen of Sheba everything she desired, whatever she asked, in addition to that which Solomon gave her from his royal bounty. So she turned and went to her own land, she and her servants.

14 Now the weight of gold that came to Solomon in one year was 25 tons* of gold, 15 in addition to that which the traders brought, and the traffic of the merchants, and of all the kings of the Arabian people, and of the governors of the country. 16 King Solomon made 200 bucklers of beaten gold, fifteen pounds went to one buckler. 17 He made 300 shields of beaten gold. Almost four pounds of gold went into one shield. And the king put them in the House of the Forest of Lebanon.

18 Moreover the king made a great throne of ivory and overlaid it with the finest gold. 19 There were six steps to the throne, and the top of the throne was round behind, and there were armrests on either side by the place of the seat, and two lions standing beside the armrests. 20 Twelve lions stood there on the one side and on the other on the six steps. Nothing like it was made in any kingdom. 21 All king Solomon’s drinking vessels were of gold, and all the vessels of the House of the Forest of Lebanon were of pure gold. None were of silver because it was considered of little value in the days of Solomon. 22 For the king had a fleet of Tarshish at sea with Hiram’s fleet. Once every three years the fleet of Tarshish came, bringing gold, silver, ivory, apes, and peacocks.

23 So king Solomon exceeded all the kings of the earth in riches and in wisdom. 24 All the earth sought the presence of Solomon, to hear his wisdom, which the Lord had put in his heart. 25 Year after year, every man brought his tribute, vessels of silver, vessels of gold, clothing, armor, spices, horses, and mules.

26 Solomon gathered together chariots and horsemen. He had 1,400 chariots, and 12,000 horsemen that he kept in the chariot cities and with the king at Jerusalem. 27 The king made silver as common as stones in Jerusalem, and cedars as common as the sycamore trees that are in the lowland. 28 The horses which Solomon had were brought out of Egypt. The king’s merchants received them in droves, each drove at a price. 29 A chariot was imported out of Egypt for 600 pieces of silver and a horse for 150 pieces, and so they exported them to all the kings of the Hittites, and to the kings of Syria.

Philip and the Ethiopian

26 But an angel of the Lord spoke to Philip, saying, “Get up and go toward the south to the way that goes down from Jerusalem to Gaza. This is a desert.”

27 He arose and went, and there was a man of Ethiopia, a eunuch of great authority under Candace, queen of the Ethiopians, who was over all her treasure, who had come to Jerusalem to worship. 28 He was returning and sitting in his chariot, and was reading the prophet Isaiah.

29 The Spirit said to Philip, “Go near and join yourself to this chariot.”

30 Philip ran to him, and heard him reading Isaiah the prophet, and said, “Do you understand what you are reading?”

31 He said, “How can I, unless someone explains it to me?” He begged Philip to come up and sit with him. 32 Now the passage of the Scripture which he was reading was this,

“He was led as a sheep to the slaughter.
As a lamb before his shearer is silent,
so he does not open his mouth.

33 In his humiliation, his judgment was taken away.
Who will declare His generation?
For his life is taken from the earth.”

34 The eunuch answered Philip, “Who is the prophet talking about? About himself or about someone else?”

35 Philip opened his mouth, and beginning from this Scripture, preached to him about Jesus. 36 As they went on the way, they came to some water, and the eunuch said, “Look, here is water. What is keeping me from being baptized?”

37 Philip said, “If you believe with all your heart, you may.” He answered, “I believe that Jesus Christ is the Son of God.”  38 He commanded the chariot to stand still, and they both went down into the water, both Philip and the eunuch, and he baptized him.

39 When they came up out of the water, the Spirit of the Lord caught Philip away, and the eunuch did not see him any more, for he went on his way rejoicing. 40 But Philip was found at Azotus. Passing through, he preached the Good News to all the cities, until he came to Caesarea. 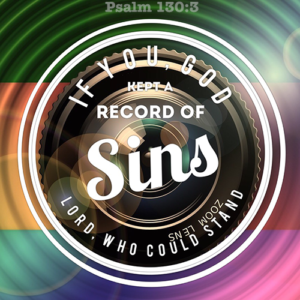 1 Out of the depths I have cried to you, O Lord.
2 Lord, hear my voice.
Let your ears be attentive to the voice of my petitions.
3 If you, God, kept a record of sins,
Lord, who could stand?
4 But there is forgiveness with you,
therefore you are feared.

2 A servant who deals wisely will rule over a son who causes shame,
and shall have a part in the inheritance among the brothers.
3 The refining pot is for silver, and the furnace for gold,
but the Lord tests the hearts.