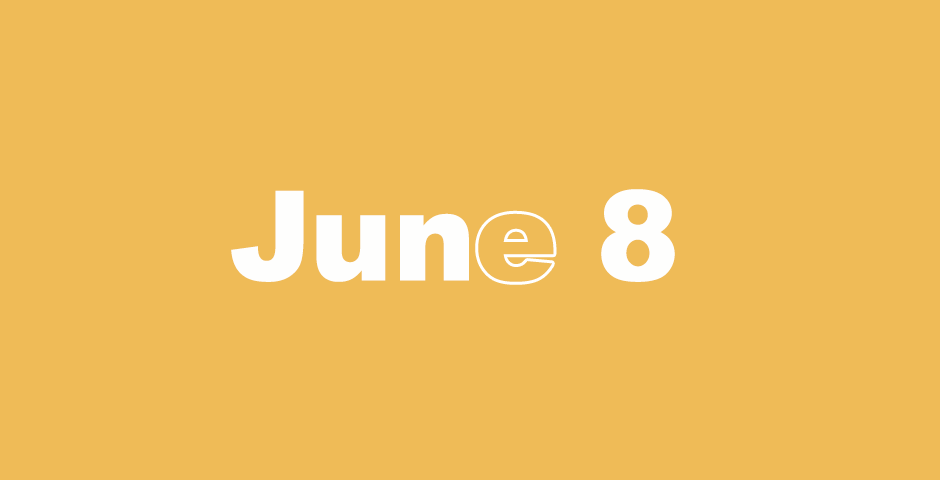 1 Solomon made an alliance with Pharaoh king of Egypt and married Pharaoh’s daughter and brought her into the city of David until he had finished building his palace, the Lord’s house, and the wall around Jerusalem. 2 However the people were sacrificing in the high places because there was not yet a house built for the Lord’s name.

3 Solomon loved the Lord, walking in the statutes of David his father, except that he sacrificed and burned incense in the high places. 4 The king went to Gibeon to sacrifice there, for that was the great high place. Solomon offered a thousand burnt offerings on that altar. 5 In Gibeon, the Lord appeared to Solomon in a dream by night, and God said, “Ask for what I should give you.”

6 Solomon said, “You have shown to your servant David my father great loving kindness because he walked before you in truth, in righteousness, and in uprightness of heart with you. You have kept for him this great loving kindness, that you have given him a son to sit on his throne, as it is today. 7 Now, Lord my God, you have made your servant king in the place of David my father. I am but a little child. I do not know how to go out or come in. 8 Your servant is among your people which you have chosen, a great people that, in their multitude, cannot be numbered or counted. 9 Give your servant, therefore, an understanding heart to judge your people that I may discern between good and evil, for who is able to judge this great people of yours?”

10 This request pleased the Lord, that Solomon had asked for this. 11 God said to him, “Because you have asked for this, and have not asked for yourself long life, nor have you asked for riches for yourself, nor have you asked for the life of your enemies, but have asked for yourself understanding to discern justice, 12 I have done according to your word. I have given you a wise and understanding heart, such that there has been no one like you before you, and after you none will arise like you. 13 I have also given you that which you have not asked, both riches and honor, so that there will not be any among the kings like you for all your days. 14 If you will walk in my ways, to keep my statutes and my commandments, as your father David walked, then I will lengthen your days.”

15 Solomon awoke and realized it had been a dream. Then he came to Jerusalem and stood before the Ark of the Lord’s covenant and offered up burnt offerings, offered peace offerings, and made a feast for all his servants.

16 Then two women who were prostitutes came to the king and stood before him. 17 The one woman said, “Oh, my lord, this woman and I dwell in one house. I delivered a child with her in the house. 18 The third day after I delivered, this woman delivered also. We were together. There was no stranger with us in the house, just us two in the house. 19 This woman’s child died in the night, because she lay on it. 20 She arose at midnight and took my son from beside me while your servant slept and laid it in her bosom and laid her dead child in my bosom. 21 When I rose in the morning to nurse my child, it was dead, but when I had looked at it in the morning, it was not my son, whom I bore.”

24 The king said, “Get me a sword.” So they brought a sword before the king.

26 Then the woman whose the living child was spoke to the king, for her heart yearned over her son, and she said, “Oh, my lord, give her the living child, and in no way kill him!”

But the other said, “He shall be neither mine nor yours. Divide him.”

27 Then the king answered, “Give her the living child, and definitely do not kill him. She is his mother.”

28 All Israel heard of the judgment with which the king had judged, and they feared the king, for they saw that the wisdom of God was in him, to do justice.

1 King Solomon was king over all Israel. 2 These were the officials whom he had:

7 Solomon had twelve officers over all Israel, who provided food for the king and his household. Each man had to make provision for a month in the year. 8 These are their names:

Ben Hur, in the hill country of Ephraim,
9 Ben Deker, in Makaz, in Shaalbim, Beth Shemesh, and Elon Beth Hanan,
10 Ben Hesed, in Arubboth (Socoh and all the land of Hepher belonged to him),
11 Ben Abinadab, in all the height of Dor (he had Taphath, Solomon’s daughter, as wife),
12 Baana the son of Ahilud, in Taanach and Megiddo, and all Beth Shean which is beside Zarethan, beneath Jezreel, from Beth Shean to Abel Meholah, as far as beyond Jokmeam,
13 Ben Geber, in Ramoth Gilead (the towns of Jair the son of Manasseh, which are in Gilead, belonged to him,
and the region of Argob, which is in Bashan, 60 great cities with walls and bronze bars, belonged to him),
14 Ahinadab the son of Iddo, in Mahanaim,
15 Ahimaaz, in Naphtali (he also took Basemath the daughter of Solomon as wife),
16 Baana the son of Hushai, in Asher and Bealoth,
17 Jehoshaphat the son of Paruah, in Issachar,
18 Shimei the son of Ela, in Benjamin,
19 Geber the son of Uri, in the land of Gilead, the country of Sihon king of the Amorites and of Og king of Bashan,

One officer governed all the land.

20 Judah and Israel were as numerous as the sand by the sea in their multitude, eating and drinking and rejoicing.

21 Solomon ruled over all the kingdoms from the River to the land of the Philistines, and to the border of Egypt. They brought tribute and served Solomon all the days of his life.

22 Solomon’s provision for one day was 150 bushels of fine flour, 300 bushels of grain, 23 ten fattened oxen, twenty pasture-fed cattle, and 100 sheep, in addition to deer, and gazelles, and roebucks, and fattened fowl. 24 For he had dominion over all on this side of the River, from Tiphsah to Gaza, over all the kings on this side of the River. And he had peace on every side around him. 25 Judah and Israel lived safely, every man under his vine and under his fig tree, from Dan to Beersheba, all the days of Solomon. 26 Solomon had 40,000 stalls of horses for his chariots, and 12,000 horsemen.

27 Those officers provided food for king Solomon and for all who came to king Solomon’s table, every man in his assigned month. They lacked nothing. 28 They also brought barley and straw for the horses and swift steeds to the place where the officers were, each man according to his duty.

29 God gave Solomon abundant wisdom and understanding, like the sand on the seashore. 30 Solomon’s wisdom excelled the wisdom of the men of the east and all the wisdom of Egypt. 31 For he was wiser than all men, than Ethan the Ezrahite, Heman, Calcol, and Darda, the sons of Mahol, and his fame reached all the surrounding nations. 32 He spoke 3,000 proverbs, and his songs numbered 1,005. 33 He spoke of trees, from the cedar that is in Lebanon to the hyssop that grows out of the wall.  He also spoke of animals, of birds, of creeping things, and of fish. 34 People of all nations came to hear the wisdom of Solomon, sent by all kings of the earth, who had heard of his wisdom.

The Seven Chosen to Serve

1 Now in those days, when the number of the disciples was multiplying, a complaint arose from the Hellenists against the Hebrews, because their widows were neglected in the daily service.

2 The twelve summoned the multitude of the disciples and said, “It is not appropriate for us to forsake the word of the Lord and serve tables. 3 Therefore select from among you, brothers, seven men of good report, full of the Holy Spirit and of wisdom, whom we may appoint over this business. 4 But we will continue steadfastly in prayer and in the ministry of the word.”

5 These words pleased the whole multitude. They chose Stephen, a man full of faith and of the Holy Spirit, Philip, Prochorus, Nicanor, Timon, Parmenas, and Nicolaus, a proselyte of Antioch, 6 whom they set before the apostles. When they had prayed, they laid their hands on them. 7 The word of God increased and the number of the disciples greatly multiplied in Jerusalem. A great company of the priests were obedient to the faith.

8 Stephen, full of faith and power, performed great wonders and signs among the people. 9 But some of those who were of the synagogue called “The Libertines” and of the Cyrenians, of the Alexandrians, and of those of Cilicia and Asia arose, disputing with Stephen. 10 They were not able to withstand the wisdom and the Spirit by which he spoke.

11 Then they secretly induced men to say, “We have heard him speak blasphemous words against Moses and God.” 12 They stirred up the people, the elders, and the scribes, and came against him and seized him, then brought him in to the council, 13 and set up false witnesses who said, “This man never stops speaking blasphemous words against this holy place and the law. 14 For we have heard him say that this Jesus of Nazareth will destroy this place, and will change the customs which Moses delivered to us.” 15 All who sat in the council, fastening their eyes on him, saw his face like it was the face of an angel. 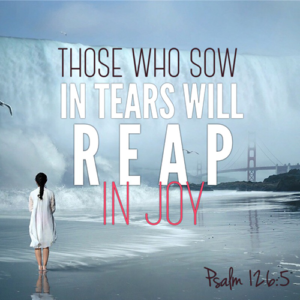 1 When the Lord brought back those who returned to Zion,
we were like those who dream.
2 Then our mouth was filled with laughter,
and our tongue with singing.
Then they said among the nations,
“The Lord has done great things for them.”
3 The Lord has done great things for us,
and we are glad.
4 Restore our fortunes again, O Lord,
like the streams in the Negev.
5 Those who sow in tears will reap in joy.
6 He who goes out weeping, carrying seed for sowing,
will certainly come back with joy, carrying his sheaves.

26 The appetite of the laboring man labors for him;
for his mouth urges him on.
27 A worthless man devises mischief.
His speech is like a scorching fire.