10 The third lot came up for the descendants of Zebulun according to their families. The border of their inheritance was to Sarid.

11 Their border went up westward, to Maralah, and reached to Dabbesheth. It reached to the brook that is before Jokneam. 12 It turned from Sarid eastward toward the sunrise to the border of Chisloth Tabor. It went out to Daberath, and went up to Japhia. 13 From there it passed along eastward to Gath Hepher, to Ethkazin; and it went out at Rimmon which stretches to Neah. 14 The border turned around it on the north to Hannathon; and it ended at the valley of Iphtah El; 15 Kattath, Nahalal, Shimron, Idalah, and Bethlehem: twelve cities with their villages. 16 This is the inheritance of the descendants of Zebulun according to their families, these cities with their villages.

32 The sixth lot came out for the descendants of Naphtali, for the descendants of Naphtali according to their families. 33 Their border was from Heleph, from the oak in Zaanannim, Adami-nekeb, and Jabneel, to Lakkum. It ended at the Jordan. 34 The border turned westward to Aznoth Tabor, and went out from there to Hukkok. It reached to Zebulun on the south, and reached to Asher on the west, and to Judah at the Jordan toward the sunrise. 35 The fortified cities were Ziddim, Zer, Hammath, Rakkath, Chinnereth, 36 Adamah, Ramah, Hazor, 37 Kedesh, Edrei, En Hazor, 38 Iron, Migdal El, Horem, Beth Anath, and Beth Shemesh; nineteen cities with their villages. 39 This is the inheritance of the tribe of the descendants of Naphtali according to their families, the cities with their villages.

49 So they finished distributing the land for inheritance by its borders. The Israelites gave an inheritance to Joshua the son of Nun among them. 50 According to the Lord’s commandment, they gave him the city which he asked, Timnathserah in the hill country of Ephraim; and he built the city, and lived there.

51 These are the inheritances, which Eleazar the priest, Joshua the son of Nun, and the heads of the fathers’ houses of the tribes of the Israelites, distributed for inheritance by lot in Shiloh before the Lord, at the door of the Tent of Meeting. So they finished dividing the land.

1 The Lord spoke to Joshua, saying, 2“Speak to the Israelites, saying, ‘Assign the cities of refuge, of which I spoke to you by Moses, 3 that the man who kills anyone accidentally or unintentionally may flee there. They shall be to you for a refuge from the avenger of blood. 4 He shall flee to one of those cities, and shall stand at the entrance of the gate of the city, and declare his case in the ears of the elders of that city. They shall take him into the city with them, and give him a place, that he may live among them. 5 If the avenger of blood pursues him, then they shall not deliver up the one who committed manslaughter into his hand; because he struck his neighbor unintentionally, and did not hate him before. 6 He shall dwell in that city until he stands before the congregation for judgment, until the death of the high priest that shall be in those days. Then the one who committed manslaughter shall return, and come to his own city, and to his own house, to the city he fled from.’ ”

29 When he came near to Bethsphage and Bethany, at the mountain that is called Olivet, he sent two of his disciples, 30 saying, “Go your way into the village on the other side, in which, as you enter, you will find a colt tied, which no man had ever sat upon. Untie it and bring it. 31 If anyone asks you, ‘Why are you untying it?’ say to him: ‘The Lord needs it.’ ”

32 Those who were sent went away found things just as he had told them. 33 As they were untying the colt, its owners said to them, “Why are you untying the colt?” 34 They said, “The Lord needs it.” 35 Then they brought it to Jesus. They threw their cloaks on the colt, and sat Jesus on them. 36 As he went, they spread their cloaks on the road. 37 As he was now getting near, at the descent of the Mount of Olives, the whole multitude of the disciples began to rejoice and praise God with a loud voice for all the mighty works which they had seen, 38 saying, “Blessed is the King who comes in the name of the Lord! Peace in heaven, and glory in the highest!”

39 Some of the Pharisees from the crowd said to him, “Teacher, rebuke your disciples!”

40 He answered them, “I tell you that if these were silent, the stones would cry out.”

41 When he came near, he saw the city and wept over it, 42 saying, “If you–especially you–had only understood today the things which contribute to your peace! But now, they are hidden from your eyes. 43 For the days will come on you, when your enemies will throw up a barricade against you, surround you, hem you in on every side, 44 and will dash you and your children within you to the ground. They will not leave in you one stone on another, because you did not know the time of your visitation.” 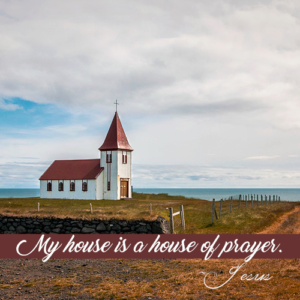 45 He entered into the temple, and began to drive out those who bought and sold in it, 46 saying to them, “It is written, ‘My house is a house of prayer,’ but you have made it a ‘den of robbers’!”

47 He was teaching daily in the temple, but the chief priests, the scribes, and the leading men among the people sought to destroy him. 48 They could not find what they might do, for all the people hung on to every word that he said.

A Song. A Psalm by the sons of Korah. For the Director of Music. To the tune of “The Suffering of Affliction.” A contemplation by Heman, the Ezrahite.

1 Lord, the God of my salvation,
I have cried day and night before you.
2 Let my prayer enter into your presence.
Turn your ear to my cry.
3 For my soul is full of troubles.
My life draws near to Sheol.
4 I am counted among those who go down into the pit.
I am like a man who has no help,
5 set apart among the dead,
like the slain who lie in the grave,
whom you remember no more.
They are cut off from your hand.
6 You have laid me in the lowest pit,
in the darkest depths.
7 Your wrath lies heavily on me.
You have afflicted me with all your waves.

8 You have taken my friends from me.
You have made me an abomination to them.
I am confined, and I cannot escape.
9 My eyes are dim from grief.
I have called on you daily, Lord.
I have spread out my hands to you.
10 Do you show wonders to the dead?
Do the departed spirits rise up and praise you?

11 Is your loving kindness declared in the grave?
Or your faithfulness in destruction?
12 Are your wonders made known in the dark?
Or your righteousness in the land of forgetfulness?
13 But to you, Lord, I have cried.
In the morning, my prayer comes before you.
14 Lord, why do you reject me?
Why do you hide your face from me?
15 I am afflicted and ready to die from my youth up.
While I suffer your terrors, I am distracted.
16 Your fierce wrath has gone over me.
Your terrors have cut me off.
17 They came around me like water all day long.
They completely engulfed me.
18 You have put lover and friend far from me,
and my friends into darkness.

12 Hope deferred makes the heart sick,
but when longing is fulfilled, it is a tree of life.
13 Whoever despises instruction will pay for it,
but he who respects a command will be rewarded.