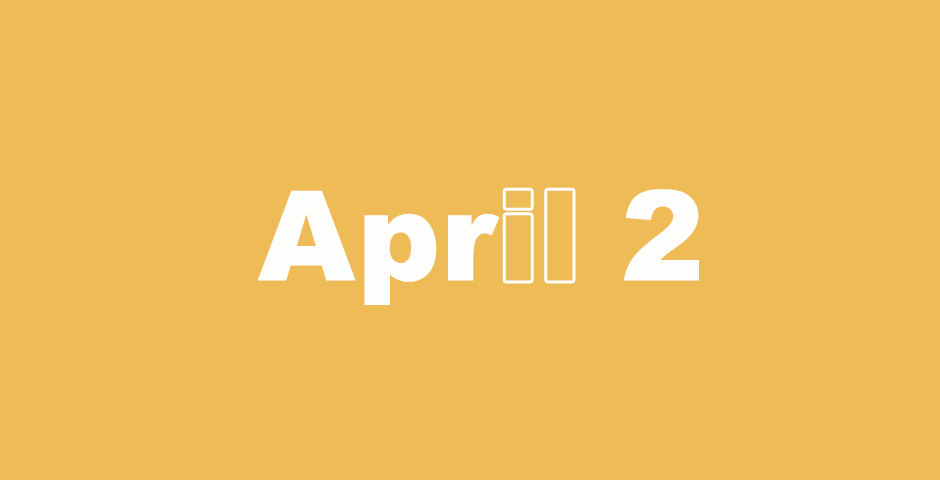 When you go out to battle against your enemies, and see horses, chariots, and a people more numerous than you, you shall not be afraid of them; for the Lord your God is with you, who brought you up out of the land of Egypt. Deuteronomy 20:1 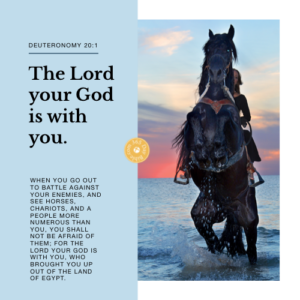 1 When you go out to battle against your enemies and see horses, chariots, and a people more numerous than you, you shall not be afraid of them, for the Lord your God is with you, who brought you up out of the land of Egypt. 2 It shall be, when you draw near to the battle, that the priest shall approach and speak to the people 3 and shall tell them, “Hear, Israel, you draw near today to battle against your enemies. Do not let your heart faint! Do not be afraid, nor tremble, nor be scared of them, 4 for the Lord your God is he who goes with you, to fight for you against your enemies, to save you.”

10 When you draw near to a city to fight against it, then proclaim peace to it. 11 It shall be, if it gives you answer of peace and opens to you, then it shall be that all the people who are found therein shall become forced laborers to you and shall serve you. 12 If it will make no peace with you, but will make war against you, then you shall besiege it. 13 When the Lord your God delivers it into your hand, you shall strike every male within it with the edge of the sword; 14 but the women, the little ones, the livestock, and all that is in the city; all of its plunder, you shall take the plunder for yourself. You may use the plunder from your enemies, which the Lord your God has given you. 15 Thus you shall do to all the cities which are very far off from you, which are not of the cities of these nations.

16 But of the cities of these peoples that the Lord your God is giving you as an inheritance, you shall keep alive nothing that breathes, 17 but you shall utterly destroy them: the Hittite, the Amorite, the Canaanite, the Perizzite, the Hivite, and the Jebusite, as the Lord your God has commanded you, 18 so that they will not teach you to follow all of their abominations, which they have done for their gods, so you would sin against the Lord your God.

19 When you shall besiege a city for a long time, waging war against it to take it, you shall not destroy its trees by wielding an ax against them, for you may eat of them. You shall not cut them down, for is the tree of the field a man, that it should be besieged by you? 20 Only the trees that you know are not trees for food, you shall destroy and cut them down. You shall build bulwarks against the city that wages war with you, until it falls.

The Atonement for an Unsolved Murder

1 If someone is found slain, lying in the field in the land which the Lord your God is giving you to possess, and it is not known who has struck him, 2 then your elders and your judges shall come out, and they shall measure the distance from the slain man to the cities which are around him who is slain. 3 It shall be that the elders of the city which is nearest to the slain man shall take a heifer of the herd, which has not been worked with and which has not drawn in the yoke. 4 The elders of that city shall bring the heifer down to a valley with running water, which is neither plowed nor sown, and shall break the heifer’s neck there in the valley. 5 The priests–the sons of Levi–shall come near, for the Lord your God has chosen them to minister to him and to bless in the name of the Lord, and according to their word shall every controversy and every assault is decided.

6 All the elders of that city which is nearest to the slain man shall wash their hands over the heifer whose neck was broken in the valley. 7 They shall answer and say, “Our hands have not shed this blood, nor have our eyes seen it. 8 Forgive, Lord, your people Israel, whom you have redeemed and do not allow innocent blood among your people Israel.” And they will be forgiven of this bloodshed. 9 So you shall remove innocent blood from among you, when you shall do that which is right in the eyes of the Lord’.

10 When you go out to battle against your enemies, and the Lord your God delivers them into your hands and you take them away captive, 11 and see among the captives a beautiful woman, and you are attracted to her, and desire to take her as your wife, 12 then you shall bring her home to your house. She shall shave her head and trim her nails. 13 She shall take off the clothing of her captivity, and shall remain in your house, and mourn her father and her mother a full month. After that you shall go in to her to be her husband, and she shall be your wife. 14 It shall be, if you have no delight in her, then you shall let her go where she desires, but you shall not sell her at all for money. You shall not deal with her as a slave, because you have humiliated her.

Inheritance Rights of the Firstborn

18 If a man has a stubborn and rebellious son who will not obey the voice of his father or the voice of his mother, and though they reprimand him, will not listen to them, 19 then his father and his mother shall take hold of him and bring him out to the elders of his city and to the gate of his place. 20 They shall tell the elders of his city, “Our son is stubborn and rebellious. He will not obey our voice. He is a glutton and a drunkard.” 21 All the men of his city shall stone him to death with rocks. So you shall remove the evil from among you. All Israel shall hear, and fear.

Cursed is Anyone Hung on a Tree

22 If a man has committed a sin worthy of death, and he is put to death, and you hang him on a tree, 23 his body shall not remain all night on the tree, but you shall surely bury him the same day; for he who is hanged is accursed of God. Do not defile your land which the Lord your God is giving you as an inheritance.

51 It came to pass, when the days were near that he should be taken up, he set out with an intense focus on going to Jerusalem 52 and sent messengers ahead of him. They went and entered into a village of the Samaritans, so as to prepare for him. 53 They did not receive him, because he was traveling with his focus set on Jerusalem. 54 When his disciples, James and John, saw this, they said, “Lord, do you want us to command fire to come down from the sky and destroy them, just as Elijah did?”

55 But he turned and rebuked them, “You do not understand the kind of spirit you belong to. 56 For the Son of Man did not come to destroy the lives of men, but to save them.”

They went to another village.

57 As they went on the way, a certain man said to him, “I want to follow you wherever you go, Lord.”

58 Jesus said to him, “Foxes have holes, and birds of the sky have nests, but the Son of Man has no place to lay his head.”

60 But Jesus said to him, “Leave the dead to bury their own dead, but you go and announce the Kingdom of God.”

61 Another also said, “I want to follow you, Lord, but first allow me to say goodbye to those who are at my house.”

62 But Jesus said to him, “No one, having put his hand to the plow and looking back, is fit for the Kingdom of God.”

Jesus Sends Out the Seventy-Two

1 Now after these things, the Lord also appointed 70 others and sent them two by two ahead of him into every city and place where he was about to come. 2 Then he said to them, “The harvest is indeed plentiful, but the laborers are few. Pray therefore to the Lord of the harvest, that he may send out laborers into his harvest. 3 Go your way. I am sending you out as lambs among wolves. 4 Carry no purse, nor wallet, nor sandals. Greet no one on the way. 5 Whatever house you enter, first say, ‘Peace be to this house.’ 6 If a son of peace is there, your peace will rest on him, but if not, it will return to you.

Why Have You Rejected Us Forever?

A contemplation by Asaph.

1 Why, O God, have you rejected us forever?
Why does your anger smolder
against the sheep of your pasture?
2 Remember your congregation,
which you purchased of old,
which you have redeemed to be the tribe of your inheritance:
Mount Zion, in which you have lived.
3 Turn your steps toward the endless ruins,
all the evil that the enemy has done in the sanctuary.

4 Your adversaries have roared in the midst of your assembly.
They have set up their banners as signs.
5 They behaved like men wielding axes,
cutting through a thicket of trees.
6 Now they break all its carved work down with hatchet and hammers.
7 They have burned your sanctuary to the ground.
They have profaned the dwelling place of your Name.

8 They said in their heart, “We will crush them completely.”
They have burned up all the places in the land where God was worshiped.
9 We see no miraculous signs.
There is no longer any prophet,
neither is there among us anyone who knows how long.
10 How long, O God, shall the adversary reproach?
Shall the enemy blaspheme your name forever?
11 Why do you draw back your hand, your powerful right hand?
Take it from your chest and consume them!

12 Yet God is my King of old,
working salvation throughout the earth.
13 You divided the sea by your strength.
You broke the heads of the sea monsters in the waters.
14 You broke the heads of Leviathan in pieces.
You gave him as food to people and desert creatures.
15 You opened up spring and stream.
You dried up mighty rivers.
16 The day is yours, the night is also yours.
You have prepared the light and the sun.
17 You have set all the boundaries of the earth.
You have made summer and winter.

18 Remember this, that the enemy has mocked you, O Lord.
Foolish people have blasphemed your name.
19 Do not deliver the soul of your dove to wild beasts.
Do not forget the life of your poor forever.
20 Honor your covenant,
for haunts of violence fill the dark places of the earth.
21 Do not let the oppressed return ashamed.
Let the poor and needy praise your name.
22 Arise, O God! Plead your own cause.
Remember how the foolish man mocks you all day.
23 Do not forget the voice of your adversaries.
The tumult of those who rise up against you ascends continually.

11 He who tills his land shall have plenty of bread,
but he who chases fantasies is void of understanding.