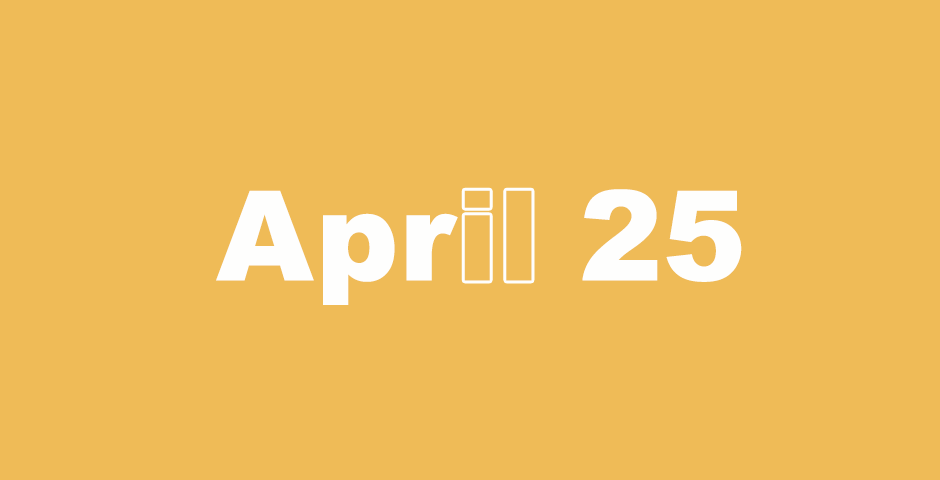 1 The Israelites again did that which was evil in the Lord’s sight, when Ehud was dead. 2 The Lord sold them into the hand of Jabin king of Canaan, who reigned in Hazor; the captain of whose army was Sisera, who lived in Harosheth of the Gentiles. 3 The Israelites cried to the Lord, for he had 900 chariots of iron; and he mightily oppressed the Israelites for 20 years.

4 Now Deborah, a prophetess, the wife of Lappidoth, judged Israel at that time. 5 She lived under Deborah’s Palm Tree between Ramah and Bethel in the hill country of Ephraim; and the Israelites came up to her for judgment. 6 She sent for Barak the son of Abinoam from Kedesh Naphtali, and said to him, “Has the Lord, the God of Israel, not commanded, ‘Go and lead the way to Mount Tabor, and take with you 10,000 men from the descendants of Naphtali and from the descendants of Zebulun? 7 I will draw to you, to the river Kishon, Sisera, the captain of Jabin’s army, with his chariots and his multitude; and I will deliver him into your hand.’ ”

9 She said, “I will surely go with you. Nevertheless, the journey that you take will not be for your honor; for the Lord will sell Sisera into a woman’s hand.” Deborah got up and went with Barak to Kedesh.

10 Barak called Zebulun and Naphtali together to Kedesh. Ten thousand men followed him, and Deborah went up with him.

11 Now Heber the Kenite had separated himself from the Kenites, from the descendants of Hobab, Moses’ brother-in-law, and had pitched his tent as far as the oak in Zaanannim, which is by Kedesh.

12 They told Sisera that Barak the son of Abinoam had gone up to Mount Tabor. 13 Sisera gathered together all his chariots, 900 chariots of iron, and all the people who were with him, from Harosheth of the Gentiles, to the river Kishon.

14 Deborah said to Barak, “Go! For this is the day in which the Lord has delivered Sisera into your hand. Has the Lord not gone out before you?” So Barak went down from Mount Tabor, and 10,000 men after him. 15 The Lord confused Sisera, all his chariots, and all his army, with the edge of the sword before Barak. Sisera abandoned his chariot and fled away on foot. 16 But Barak pursued the chariots and the army to Harosheth of the Gentiles; and the entire army of Sisera fell by the edge of the sword. There was not a man left.

17 However Sisera fled away on foot to the tent of Jael the wife of Heber the Kenite; for there was peace between Jabin the king of Hazor and the house of Heber the Kenite. 18 Jael went out to meet Sisera, and said to him, “Come into my tent, my lord, come to me. Do not be afraid.” He came to her into the tent, and she covered him with a rug.

19 He said to her, “Please give me a little water to drink; for I am thirsty.”
She opened a container of milk, and gave him a drink, and covered him.

21 Then Jael Heber’s wife took a tent peg, and took a hammer in her hand, and went softly to him, and struck the pin into his temples, and it pierced through into the ground, for he was in a deep sleep; so he fainted and died. 22 As Barak pursued Sisera, Jael came out to meet him, and said to him, “Come, and I will show you the man whom you seek.” He came to her, and Sisera lay dead, and the tent peg was in his temples.

The Song of Deborah and Barak

1 Then Deborah and Barak the son of Abinoam sang on that day, saying,

2 “Because the leaders took the lead in Israel,
because the people offered themselves willingly,
be blessed, O Lord!

3 “Hear, you kings!
Give ear, you princes!
I, yes I, will sing to the Lord.
I will sing praise to the Lord, the God of Israel.

6 “In the days of Shamgar the son of Anath,
in the days of Jael, the highways were unoccupied.
The travelers walked through byways.

7 The rulers ceased in Israel.
They ceased until I, Deborah, arose;
Until I arose, a mother in Israel.

8 They chose new gods.
Then war was in the gates.
Was there a shield or spear seen among 40,000 in Israel?

9 My heart is toward the governors of Israel,
who offered themselves willingly among the people.
Bless the Lord!

“Then the Lord’s people went down to the gates.

12 ‘Awake, awake, Deborah!
Awake, awake, utter a song!
Arise, Barak, and lead away your captives, you son of Abinoam.’

13 “Then a remnant of the nobles and the people came down.
the Lord came down for me against the mighty.

14 Those whose root is in Amalek came out of Ephraim,
after you, Benjamin, among your peoples.
Governors come down out of Machir.
Those who handle the marshal’s staff came out of Zebulun.

15 The princes of Issachar were with Deborah.
Issachar was with Barak.
They rushed into the valley at his feet.
But in Reuben’s divisions,
there was great soul-searching.

16 Why did you sit among the sheepfolds?
To hear the whistling for the flocks?
At the watercourses of Reuben,
there was great soul-searching.

17 Gilead lived beyond the Jordan.
Why did Dan remain in ships?
Asher sat still at the haven of the sea,
and lived by his creeks.

18 Zebulun was a people that jeopardized their lives to death;
Naphtali also, on the high places of the field.

19 “The kings came and fought,
then the kings of Canaan fought at Taanach by the waters of Megiddo.
They took no plunder of silver.

20 From the sky the stars fought.
From their courses, they fought against Sisera.

22 Then the horse hoofs stamped because of the prancing,
the prancing of their strong ones.

23 ‘Curse Meroz,’ said the angel of the Lord.
‘Curse bitterly its inhabitants,
because they did not come to help the Lord,
to help the Lord against the mighty.’

24 “Jael shall be blessed above women,
the wife of Heber the Kenite;
blessed shall she be above women in the tent.

25 He asked for water.
She gave him milk.
She brought him butter in a lordly dish.

28 “Through the window she looked out, and cried:
Sisera’s mother looked through the lattice.
‘Why is his chariot so long in coming?
Why do the wheels of his chariots wait?
’29 Her wise ladies answered her,
Yes, she returned answer to herself,

31 “So let all your enemies perish, O Lord,
but let those who love him be as the sun when it rises in its strength.”

Then the land had rest 40 years.

35 He said to them, “When I sent you out without purse, wallet, and sandals, did you lack anything?”
They said, “Nothing.”

36 Then he said to them, “But now, whoever has a purse, let him take it, and likewise a wallet. Whoever has none, let him sell his cloak, and buy a sword. 37 For I tell you that this which is written must still be fulfilled in me:

‘He was counted with transgressors.’

For that which is written about me is coming into fulfillment.” 38 They said, “Lord, here are two swords.”
He said to them, “That is enough.”

Jesus prays on the Mount of Olives

39 He went, as his custom was, to the Mount of Olives. His disciples also followed him. 40 When he was at the place, he said to them, “Pray that you do not enter into temptation.”

41 He was withdrawn from them about a stone’s throw, and he knelt down and prayed, 42 saying, “Father, if you are willing, remove this cup from me. Nevertheless, not my will, but yours be done.”

43 An angel from heaven appeared to him, strengthening him. 44 Being in agony he prayed more earnestly. His sweat became like great drops of blood falling down on the ground.

45 When he rose up from his prayer, he came to the disciples, and found them sleeping because of grief, 46 and said to them, “Why do you sleep? Rise and pray that you may not enter into temptation.”

47 While he was still speaking, a multitude, and he who was called Judas, one of the twelve disciples, was leading them. He came near to Jesus to kiss him. 48 But Jesus said to him, “Judas, do you betray the Son of Man with a kiss?”

49 When those who were around him saw what was about to happen, they said to him, “Lord, shall we strike with the sword?” 50 A certain one of them struck the servant of the high priest, and cut off his right ear.

51 But Jesus answered, “Let me at least do this”—and he touched his ear, and healed him. 52 Jesus said to the chief priests, captains of the temple, and elders, who had come against him, “Have you come out as against a robber, with swords and clubs? 53 When I was with you in the temple daily, you did not stretch out your hands against me. But this is your hour, and the power of darkness.”

4 They pour out arrogant words.
All the evildoers boast.
5 They break your people in pieces, O Lord,
and afflict your heritage.
6 They kill the widow and the alien,
and murder the fatherless.
7 They say, “The Lord will not see,
neither will Jacob’s God consider.”

8 Consider, you senseless among the people;
you fools, when will you be wise?
9 He who implanted the ear, will he not hear?
He who formed the eye, will he not see?
10 He who disciplines the nations, will he not punish?
He who teaches man knows.

11 The Lord knows the thoughts of man,
that they are futile.
12 Blessed is the man whom you discipline, Lord,
and teach out of your law,
13 that you may give him rest from the days of adversity,
until the pit is dug for the wicked.
14 For the Lord will not reject his people,
neither will he forsake his inheritance.
15 For judgment will return to righteousness.
All the upright in heart shall follow it.

16 Who will rise up for me against the wicked?
Who will stand up for me against the evildoers?
17 Unless the Lord had helped me,
I would have soon lived in the silence of the grave.
18 When I said, “My foot is slipping!”
Your loving kindness, O Lord, held me up.
19 In the multitude of my thoughts within me,
your comforts delight my soul.

20 Shall the throne of wickedness have fellowship with you,
which brings about mischief by statute?
21 They gather together against the righteous,
and condemn the innocent blood.
22 But the Lord has been my high tower,
my God, the rock of my refuge.
23 He has brought on them their own iniquity,
and will cut them off in their own wickedness.
the Lord our God, will cut them off.

3 The fool’s talk brings a rod to his back,
but the lips of the wise protect them.
4 Where no oxen are, the pen is clean,
but much increase is by the strength of the ox.