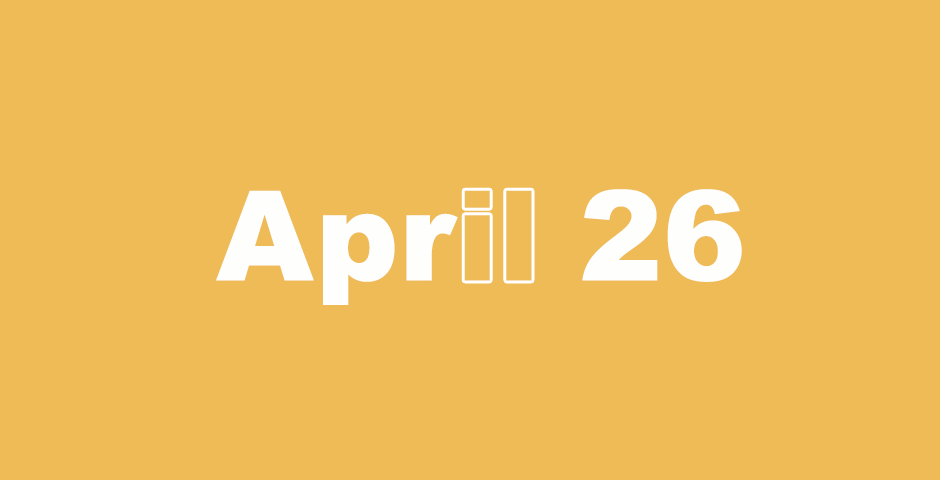 For he is our God. We are the people of his pasture, and the sheep in his care. Today, oh that you would hear his voice! Psalm 95:7

1 The Israelites did that which was evil in the sight of the Lord, so the Lord delivered them into the hand of Midian for seven years. 2 The hand of Midian prevailed against Israel; and because of Midian the Israelites made for themselves shelters in the mountains, and caves, and strongholds. 3 So it was, when Israel had sown, that the Midianites, the Amalekites, and the people of the east came up against them. 4 They encamped against them and destroyed their crops, up to Gaza. They left no sustenance in Israel, and no sheep, ox, or donkey. 5 For they came up with their livestock and their tents. They came in like locusts in their multitude. Both they and their camels were without number; and they came into the land to destroy it. 6 Israel was brought very low because of Midian; and the Israelites cried to the Lord.

7 When the Israelites cried to the Lord because of Midian, 8 The Lord sent a prophet to the Israelites; and he said to them, “The Lord, the God of Israel, says, ‘I brought you up from Egypt, and brought you out of the house of bondage. 9 I delivered you from the hand of the Egyptians and from the hand of all who oppressed you, and drove them out from before you, and gave you their land. 10 I said to you, “I am the Lord your God. You shall not fear the gods of the Amorites, in whose land you dwell.” But you have not listened to my voice.’ ”

13 Gideon said to him, “Oh, my lord, if the Lord is with us, why then has all of this happened to us? Where are all his wondrous works which our fathers told us of, saying, ‘Didn’t the Lord bring us up from Egypt?’ But now the Lord has cast us off, and delivered us into the hand of Midian.”

14 The Lord looked at him, and said, “Go in the strength you have and save Israel from the hand of Midian. Have I not sent you?”

15 He said to him, “O Lord, how shall I save Israel? My family is the poorest in Manasseh, and I am the least in my father’s house.”

16 The Lord said to him, “Surely I will be with you, and you shall strike the Midianites as if you were fighting one man.”

17 He said to him, “If now I have found favor in your sight, then show me a sign that it is you who is talking with me. 18 Please don’t go away until I come to you, and bring out my gift, and lay it before you.”
He said, “I will wait until you come back.”

19 Gideon went in and prepared a young goat and unleavened bread from a basket of flour. He put the meat in a basket and he put the broth in a pot, and brought it out to him under the oak, and presented it.

20 The angel of the Lord said to him, “Take the meat and the unleavened bread, and lay them on this rock, and pour out the broth.”

24 Then Gideon built an altar there to the Lord, and called it “The Lord is Peace.” To this day it is still in Ophrah of the Abiezrites.

25 That same night, the Lord said to him, “Take your father’s bull, the second bull seven years old, and throw down the altar of Baal that your father has, and cut down the Asherah that is by it.

26 Then build an altar to the Lord your God on the top of this stronghold, in an orderly way, and take the second bull, and offer a burnt offering with the wood of the Asherah which you shall cut down.”

27 Then Gideon took ten of his servants, and did as the Lord had spoken to him. Because he feared his father’s household and the men of the city, he could not do it by day, but he did it by night.

28 When the men of the city got up early in the morning, the altar of Baal was broken down, the Asherah was cut down that was by it, and the second bull was offered on the altar that was built. 29 They said to one another, “Who has done this thing?” When they had asked around and investigated, they said, “Gideon the son of Joash has done this thing.”

The Signs of the Fleece

38 It was thus. The next day he rose up early, and pressed the fleece together, and when he wrung the dew out of the fleece, it filled a bowl with the water.

39 Gideon said to the Lord, “Do not let your anger burn against me, and I will speak but this once. Please let me make a trial just this once with the fleece. Let it now be dry only on the fleece, and on all the ground let there be dew.”

40 The Lord did thus that night; for it was dry on the fleece only, and there was dew all over the ground.

54 They seized Jesus, and led him away, and brought him into the house of the high priest. But Peter followed from a distance. 55 When they had kindled a fire in the middle of the courtyard, and had sat down together, Peter sat among them. 56 A certain servant girl saw him as he sat in the light, and looking intently at him, said, “This man also was with him.”

58 After a little while someone else saw him, and said, “You also are one of them!”
But Peter answered, “Sir, I am not!”

59 After about one hour passed, another confidently affirmed, saying, “Truly this man also was with him, for he is a Galilean!”

60 But Peter said, “Sir, I don’t know what you are talking about!” Immediately, while he was still speaking, a rooster crowed. 61 The Lord turned and looked at Peter. Then Peter remembered the Lord’s word, how he said to him, “Before the rooster crows you will deny me three times.” 62 He went out, and wept bitterly.

63 The men who held Jesus mocked him and beat him. 64 Having blindfolded him, they struck him on the face and asked him, “Prophesy! Who is the one who struck you?” 65 They spoke many other things against him, insulting him.

Jesus Before the Council

66 As soon as it was day, the assembly of the elders of the people were gathered together, both chief priests and scribes, and they led him away into their council, saying, 67 “If you are the Messiah, tell us.”
But he said to them, “If I tell you, you will not believe, 68 and if I ask, you will certainly not answer me or let me go. 69 From now on, the Son of Man will be seated at the right hand of the power of God.”

71 They said, “Why do we need any more witness? For we ourselves have heard from his own mouth!”

1 The whole company of them rose up and brought him before Pilate. 2 They began to accuse him, saying, “We found this man perverting the nation, forbidding paying taxes to Caesar, and saying that he himself is Christ, a king.”

4 Pilate said to the chief priests and the crowds, “I find no basis for a charge against this man.”

5 But they insisted, saying, “He stirs up the people, teaching throughout all Judea, beginning from Galilee, to this place.” 6 But when Pilate heard Galilee mentioned, he asked if the man was a Galilean.

7 When he found out that he was in Herod’s jurisdiction, he sent him to Herod, who was also in Jerusalem during those days.

8 Now when Herod saw Jesus, he was greatly pleased, for he had wanted to see him for a long time, because he had heard many things about him. He hoped to see some miracle done by him. 9 He questioned him with many words, but he gave no answers. 10 The chief priests and the scribes stood, vehemently accusing him. 11 Herod, with his soldiers, humiliated him and mocked him. Dressing him in luxurious clothing, they sent him back to Pilate. 12 Herod and Pilate became friends that very day, for before that they were enemies of one another. 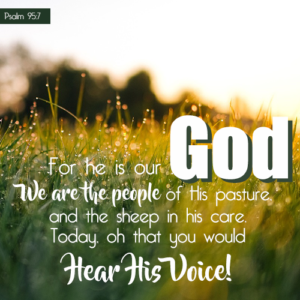 1 Oh come, let us sing to the Lord.
Let us shout aloud to the rock of our salvation!
2 Let us come before his presence with thanksgiving.
Let us extol him with songs!
3 For the Lord is a great God,
a great King above all gods.
4 In his hand are the deep places of the earth.
The heights of the mountains are also his.
5 The sea is his, and he made it.
His hands formed the dry land.

6 Oh come, let us worship and bow down.
Let us kneel before the Lord, our Maker,
7 for he is our God.
We are the people of his pasture,
and the sheep in his care.
Today, oh that you would hear his voice!

8 Do not harden your heart, as at Meribah,
as in the day of Massah in the wilderness,
9 when your fathers tempted me,
tested me, and saw my work.

10 Forty long years I was grieved with that generation,
and said, “It is a people that errs in their heart.
They have not known my ways.”
11 Therefore I swore in my wrath,
“They will not enter into my rest.”

4 For the Lord is great, and greatly to be praised!
He is to be feared above all gods.
5 For all the gods of the peoples are idols,
but the Lord made the heavens.

8 Ascribe to the Lord the glory due to his name.
Bring an offering, and come into his courts.
9 Worship the Lord in holy array.
Tremble before him, all the earth.
10 Say among the nations, “The Lord reigns.”
The world is also established.
It cannot be moved.
He will judge the peoples with equity.

11 Let the heavens be glad, and let the earth rejoice.
Let the sea roar, and its fullness!
12 Let the field and all that is in it exult!
Then all the trees of the woods shall sing for joy
13 before the Lord; for he comes,
for he comes to judge the earth.
He will judge the world with righteousness,
the peoples with his truth.

5 A truthful witness will not lie,
but a false witness pours out lies.
6 A scoffer seeks wisdom, and does not find it,
but knowledge comes easily to a discerning person.