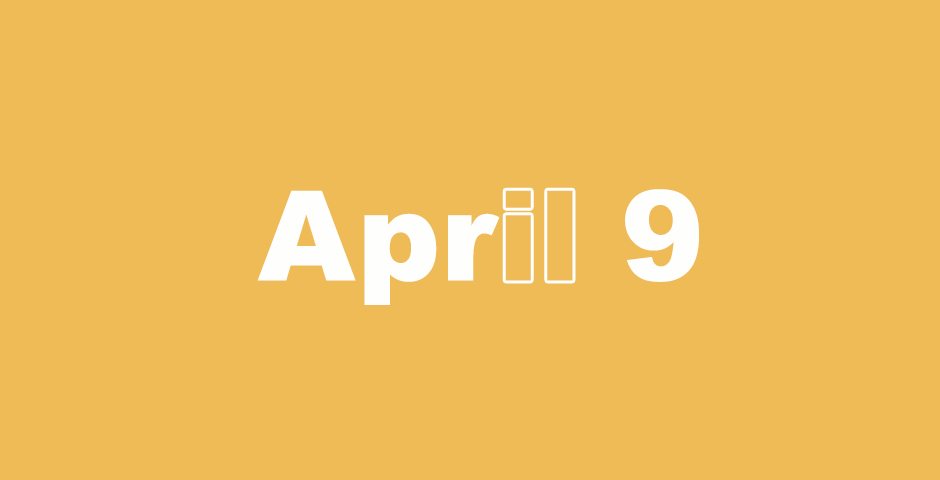 Heaviness of heart bows a man down, but a kind word makes it glad. Proverbs 12:25

The Majesty of God

1 This is the blessing with which Moses the man of God blessed the Israelites before his death. 2He said,

“The Lord came from Sinai,
and rose from Seir to them.
He shone from Mount Paran.
He came from the 10,000’s of holy ones.
At his right hand was a fiery law for them.

3 Yes, he loves the people.
All his saints are in your hand.
They sat down at your feet.
Each receives your words.

4 The law was commanded to Moses,
as an inheritance for the assembly of Jacob.

5 He was king in Jeshurun,
when the heads of the people were gathered,
together with all the tribes of Israel.

The Blessings of the Twelve Tribes

7 This is for Judah. He said,
“Hear, Lord, the voice of Judah.
Bring him in to his people.
With his own hands he contended for himself.
You shall be a help against his adversaries.”

8 About Levi he said,
“Your Thummim and your Urim are with your godly one,
whom you proved at Massah,
with whom you contended at the waters of Meribah.

9 He said of his father and of his mother, ‘I have not seen him.’
He did not acknowledge his brothers,
nor did he know his own children;
for they have observed your word,
and keep your covenant.

10 They shall teach Jacob your ordinances,
and Israel your law.
They shall put incense before you,
and whole burnt offering on your altar.

11 Lord, bless his skills.
Accept the work of his hands.
Strike through the hips of those who rise up against him,
of those who hate him, that they not rise again.”

12 About Benjamin he said,
“The beloved of the Lord will dwell in safety by him.
He covers him all day long.
He dwells between his shoulders.”

17 Majesty belongs to the firstborn of his herd.
His horns are the horns of the wild ox.
With them he will push all the peoples to the ends of the earth.
They are the 10,000’s of Ephraim.
They are the thousands of Manasseh.”

18 About Zebulun he said,
“Rejoice, Zebulun, in your going out;
and Issachar, in your tents.

19 They will call the people to the mountain.
There they will offer sacrifices of righteousness,
for they will draw out the abundance of the seas,
the hidden treasures of the sand.”

20 About Gad he said,
“He who enlarges Gad is blessed.
He dwells as a lioness,
and tears the arm and the crown of the head.

21 He provided the first part for himself,
for the lawgiver’s portion reserved was reserved for him.
He came with the heads of the people.
He executed the righteousness of God,
His ordinances with Israel.”

22About Dan he said,
“Dan is a lion’s cub
that leaps out of Bashan.”

23 About Naphtali he said,
“Naphtali, satisfied with favor,
full of the Lord’s blessing,
Possess the west and the south.”

24 About Asher he said,
“Asher is blessed with children.
Let him be acceptable to his brothers.
Let him dip his foot in oil.

25 Your bars will be iron and bronze.
As your days, so your strength will be.

The Excellence of Israel

26 “There is no one like God, Jeshurun,
who rides on the heavens for your help,
in his excellency on the skies.

27 The eternal God is your dwelling place.
Underneath are the everlasting arms.
He thrust out the enemy from before you,
and said, ‘Destroy!’

28 Israel dwells in safety,
the fountain of Jacob alone,
In a land of grain and new wine.
Yes, his heavens drop down dew.

29 You are happy, Israel!
Who is like you, a people saved by the Lord,
the shield of your help,
the sword of your excellency?
Your enemies will submit themselves to you.
You will tread on their high places.”

The Death of Moses

1 Moses went up from the plains of Moab to Mount Nebo, to the top of Pisgah, that is opposite Jericho. The Lord showed him all the land of Gilead to Dan, 2 and all Naphtali, and the land of Ephraim and Manasseh, and all the land of Judah, to the Western Sea, 3 and the south, and the Plain of the valley of Jericho the city of palm trees, to Zoar. 4 The Lord said to him, “This is the land which I swore to Abraham, to Isaac, and to Jacob, saying, ‘I will give it to your offspring.’ I have caused you to see it with your eyes, but you shall not go over there.”

5 And Moses, the servant of the Lord, died there in the land of Moab, according to the Lord’s word. 6 He buried him in the valley in the land of Moab opposite Beth Peor, but no man knows where his tomb is to this day. 7 Moses was 120 years old when he died. His eyes were not weak, nor his strength gone. 8 The Israelites wept for Moses in the plains of Moab for 30 days, until the days of weeping and mourning for Moses were ended.

9 Joshua the son of Nun was full of the spirit of wisdom, for Moses had laid his hands on him. The Israelites listened to him and did as the Lord commanded Moses. 10 Since then, there has not arisen a prophet in Israel like Moses, whom the Lord knew face to face, 11 in all the signs and the wonders which the Lord sent him to do in the land of Egypt, to Pharaoh, and to all his servants, and to all his land, 12 and in all the mighty hand, and in all the awesome deeds, which Moses did in the sight of all Israel.

The Parable of the Barren Fig Tree

6 He spoke this parable. “A certain man had a fig tree planted in his vineyard, and he came seeking fruit on it and found none. 7 He said to the vine dresser, ‘Behold, these three years I have come looking for fruit on this fig tree and found none. Cut it down. Why does it waste the soil?’ 8 He answered, ‘Lord, leave it alone this year also, until I dig around it and fertilize it. 9 If it bears fruit, fine, but if not, after that, you can cut it down.’ ”

Jesus Heals a Woman on the Sabbath

10 He was teaching in one of the synagogues on the Sabbath day. 11 There was a woman who had a spirit of infirmity for eighteen years. She was bent over and could in no way straighten herself up. 12 When Jesus saw her, he called her and said to her, “Woman, you are freed from your infirmity.” 13 He laid his hands on her, and immediately she stood up straight and glorified God.

14 The ruler of the synagogue, indignant because Jesus had healed on the Sabbath, said to the crowd, “There are six days in which men ought to work. Therefore come on those days and be healed, and not on the Sabbath day!”

15 Therefore the Lord answered him, “You hypocrites! Do each one of you not free his ox or his donkey from the stall on the Sabbath and lead him away to water? 16 Ought not this woman, being a daughter of Abraham whom Satan had bound for eighteen years, be freed from this bondage on the Sabbath day?”

17 As he said these things, all his adversaries were disappointed and the crowds rejoiced for all the glorious things that were done by him.

The Parable of the Mustard Seed

18 He said, “What is the Kingdom of God like? To what shall I compare it? 19 It is like a grain of mustard seed which a man took and put in his own garden. It grew and became a large tree, and the birds of the sky live in its branches.”

The Parable of the Leaven

20 Again he said, “To what shall I compare the Kingdom of God? 21 It is like yeast, which a woman took and hid in three measures of flour, until it was all leavened.”

65 Then the Lord awakened as one out of sleep,
like a mighty man who shouts because of wine.
66 He struck his adversaries backward.
He put them to a perpetual reproach.
67 Moreover he rejected the tent of Joseph,
and did not choose the tribe of Ephraim,
68 But chose the tribe of Judah,
Mount Zion which he loved.

69 He built his sanctuary like the heights,
like the earth which he has established forever.
70 He also chose David his servant,
and took him from the sheepfolds;
71 from following sheep that have their young,
he brought him to be the shepherd of Jacob, his people,
and Israel, his inheritance.
72 So he was their shepherd according to the integrity of his heart,
and guided them by the skillfulness of his hands. 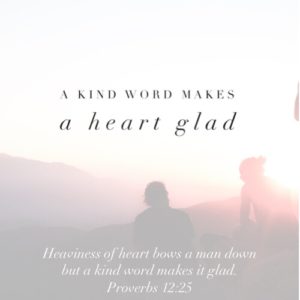 25 Heaviness of heart bows a man down,
but a kind word makes it glad.