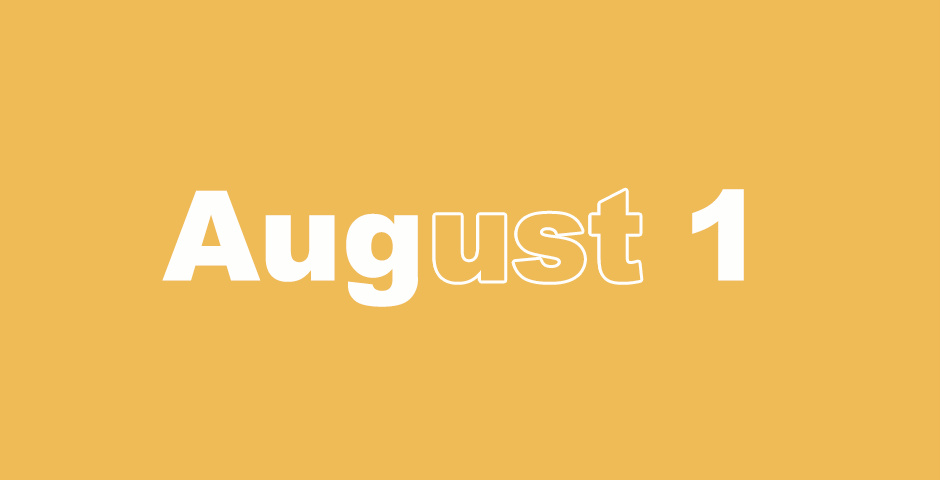 So that together you may with one voice glorify the God and Father of our Lord Jesus Christ. Romans 15:6

1 Hezekiah sent to all Israel and Judah and wrote letters also to Ephraim and Manasseh that they should come to the house of the Lord at Jerusalem to keep the Passover to the Lord, the God of Israel. 2 For the king had taken counsel with his officials and all the assembly in Jerusalem to keep the Passover in the second month. 3 For they could not keep it at that time because the priests had not sanctified themselves in sufficient number, and the people had not gathered together to Jerusalem.

4 This plan was right in the eyes of the king and of all the assembly. 5 So they established a decree to make a proclamation throughout all Israel, from Beersheba to Dan, that they should come to keep the Passover to the Lord, the God of Israel, at Jerusalem, for they had not observed it in the way it is written for a long time.

6 So the couriers went with the letters from the king and his officials throughout all Israel and Judah, and according to the commandment of the king, saying,

“You Israelites, turn back to the Lord, the God of Abraham, Isaac, and Israel, that he may return to the remnant of you that have escaped from the hand of the kings of Assyria. 7 Do not be like your fathers and like your brothers, who trespassed against the Lord, the God of their fathers so that he gave them up to desolation, as you see.

8 Now do not be stiff-necked, as your fathers were, but yield yourselves to the Lord, and enter into his sanctuary, which he has sanctified forever, and serve the Lord your God, that his fierce anger may turn away from you. 9 For if you turn back to the Lord, your brothers and your children will find compassion before those who led them captive, and will come back into this land, because the Lord your God is gracious and merciful and will not turn his face away from you, if you return to him.”

10 So the couriers passed from city to city through the country of Ephraim and Manasseh, to Zebulun, but people ridiculed them and mocked them. 11 Nevertheless some men of Asher, Manasseh, and Zebulun humbled themselves and came to Jerusalem. 12 Also the hand of the Lord came on Judah to give them one heart, to do the commandment of the king and of the officials by the word of the Lord.

13 Many people assembled at Jerusalem to keep the feast of unleavened bread in the second month, a very great assembly. 14 They arose and took down the altars that were in Jerusalem, and they took down all the altars for incense and threw them into the brook Kidron. 15 Then on the fourteenth day of the second month, they slaughtered the Passover lamb. The priests and the Levites were ashamed and sanctified themselves and brought burnt offerings into the house of the Lord.

16 They stood at their ordered posts, according to the law of Moses the man of God. The priests sprinkled the blood which they received from the hand of the Levites. 17 For there were many in the assembly who had not sanctified themselves: therefore the Levites were in charge of slaughtering the Passover lambs for everyone who was not clean, to sanctify them to the Lord.

18 For a multitude of the people, many from Ephraim, Manasseh, Issachar, and Zebulun, had not cleansed themselves, yet they ate the Passover apart from the way it is written. For Hezekiah had prayed for them, saying, “May the good Lord pardon everyone 19 who sets his heart to seek the Lord God, the God of his fathers, even if they are not clean according to the purification of the sanctuary.”

20 The Lord listened to Hezekiah and healed the people. 21 The Israelites who were present at Jerusalem kept the feast of unleavened bread for seven days with great gladness. The Levites and the priests praised the Lord day by day, singing with loud instruments to the Lord. 22 Hezekiah spoke encouragingly to all the Levites who had good understanding in the service of the Lord. So they ate throughout the feast for the seven days, offering sacrifices of peace offerings and making confession to the Lord, the God of their fathers.

27 Then the Levitical priests arose and blessed the people. Their voice was heard, and their prayer came up to his holy dwelling place in heaven.

1 Now when all this was finished, all Israel who were present went out to the cities of Judah, and broke the pillars in pieces, cut down the Asherah poles, and broke down the high places and the altars out of all Judah and Benjamin, also in Ephraim and Manasseh, until they had destroyed all of them. Then all the Israelites returned, every man to his own land, into their own cities.

5 As soon as the commandment went out, the Israelites gave in abundance the first fruits of grain, new wine, oil, honey, and of all the increase of the field; and they brought in, abundantly, the tithe of everything. 6 The Israelites and Judah, who lived in the cities of Judah, also brought in the tithe of cattle and sheep, and the tithe of dedicated things which were consecrated to the Lord their God, and laid them in piles.

7 They began in the third month, piling their contributions in heaps, and finished in the seventh month. 8 When Hezekiah and the officials came and saw the piles of contribution, they blessed the Lord and his people Israel.

9 Then Hezekiah questioned the priests and the Levites about the contributions. 10 Azariah the chief priest, of the house of Zadok, answered him and said, “Since people began to bring the offerings into the house of the Lord, we have eaten and had enough, and have plenty left over, for the Lord has blessed his people; and that which is left is this great store.”

11 Then Hezekiah commanded them to prepare rooms in the house of the Lord, and they prepared them. 12 They brought in the offerings, the tithes, and the dedicated things faithfully. Conaniah the Levite was ruler over them, and Shimei his brother was second. 13 Jehiel, Azaziah, Nahath, Asahel, Jerimoth, Jozabad, Eliel, Ismachiah, Mahath, and Benaiah were overseers under the hand of Conaniah and Shimei his brother, by the appointment of Hezekiah the king and Azariah the ruler of the house of the Lord.

14 Kore the son of Imnah the Levite, the gatekeeper at the east gate, was over the free will offerings of the Lord, to distribute the Lord’s offerings and the most holy things. 15 Under him were Eden, Miniamin, Jeshua, Shemaiah, Amariah, and Shecaniah, in the cities of the priests, in their office of trust, to give to their brothers by divisions, to the great as well as to the small.

20 Hezekiah did so throughout all Judah, and he did that which was good, right, and faithful before the Lord his God. 21 In every work that he began in the service of the house of the Lord, in the law, and in the commandments, to seek his God, he did it with all his heart, and prospered. 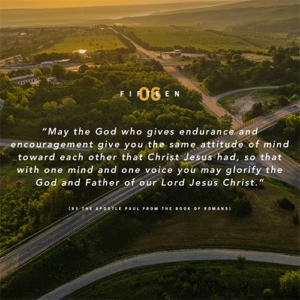 1 Now we who are strong ought to bear the weaknesses of the weak, and not to please ourselves. 2 Let each one of us please his neighbor for that which is good, to build him up. 3 For even Christ did not please himself. But, as it is written,

“The insults of those who reproach you have fallen on me.” a

4 For whatever things were written before were written for our learning, that through perseverance and through encouragement of the Scriptures we might have hope.

5 Now the God of perseverance and of encouragement grant that you be of the same mind with one another according to Christ Jesus, 6 so that together, with one voice, you might glorify the God and Father of our Lord Jesus Christ. 7 Therefore accept one another, just as Christ also accepted you, to the glory of God.

Christ the Servant of Jews and Gentiles

8 Now I say that Christ has been made a servant of the circumcision for the truth of God, that he might confirm the promises given to the fathers, 9 and that the Gentiles might glorify God for his mercy. As it is written,

“Therefore I will give praise to you among the Gentiles
and sing to your name.” b

“Rejoice, you Gentiles, with his people.” c

“Praise the Lord, all you Gentiles!
Let all the peoples praise him.” d

“There will be the root of Jesse,
he who arises to rule over the Gentiles;
in him the Gentiles will hope.” e

13 Now may the God of hope fill you with all joy and peace in believing, that you may abound in hope, in the power of the Holy Spirit.

Paul the Minister to the Gentiles

14 I myself am also convinced that you, my brothers, are full of goodness, filled with all knowledge, able also to counsel one another.  15 But I write more boldly to you on some points, reminding you, because of the grace that was given to me by God, 16 that I should be a servant of Christ Jesus to the Gentiles, serving as a priest of the Good News of God, that the offering up of the Gentiles might be made acceptable, sanctified by the Holy Spirit.

17 I boast therefore, in Christ Jesus, of things pertaining to God. 18 For I will not dare to speak of any things except those which Christ worked through me, for the obedience of the Gentiles, by word and deed, 19 in the power of signs and wonders, in the power of God’s Spirit; so that from Jerusalem, and around as far as to Illyricum, I have fully preached the gospel of Christ.

20 Indeed it is my aim to preach the Good News, not where Christ was already named, that I might not build on another’s foundation, 21 but, as it is written,

“They will see, to whom no news of him came.
They who have not heard will understand.” f

4 Show me your ways, Lord.
Teach me your paths.
5 Guide me in your truth and teach me,
for you are the God of my salvation.
I wait for you all day long.

8 Good and upright is the Lord,
therefore he will instruct sinners in the way.
9 He will guide the humble in justice.
He will teach the humble his way.
10 All the paths of the Lord are loving kindness and truth
to those who keep his covenant and his testimonies.

11 For your name’s sake, Lord,
pardon my iniquity, for it is great.
12 What man is he who fears the Lord?
He shall instruct him in the way that he shall choose.
13 His soul will dwell at ease.
His offspring will inherit the land.
14 The friendship of the Lord is with those who fear him.
He will show them his covenant.

13 Do not love sleep, lest you come to poverty.
Open your eyes, and you shall be satisfied with bread.
14 “It’s no good, it’s no good,” says the buyer;
but when he has gone his way, then he boasts.

15 There is gold and abundance of rubies,
but the lips of knowledge are a rare jewel.