1 Then there arose a great cry from the people and from their wives against their brothers the Jews.

2 For there were some who said, “We, our sons and our daughters, are many. Let us get grain, that we may eat and live.”

3 There were also some who said, “We are mortgaging our fields, our vineyards, and our houses. Let us get grain, because of the famine.”

4 There were also some who said, “We have borrowed money for the king’s tribute using our fields and our vineyards as collateral. 5 Yet we are the flesh and blood of our brothers. Our children are the same as their children. We are bringing our sons and our daughters into bondage to be servants, and some of our daughters have been brought into slavery. And it is beyond our power to help them because other men have possession of our fields and our vineyards.”

6 I was very angry when I heard their cry and these words. 7 After contemplating the matter, I contended with the nobles and the rulers, and said to them, “You exact usury, everyone from his brother.” I held a great assembly against them. 8 I said to them, “We, according to our ability, have redeemed our brothers, the Jews that were sold to other nations; and would you now sell your brothers, and should they be sold to us?” Then they held their peace, and found not a word to say. 9 Also I said, “This thing that you are doing is not good. Shouldn’t you walk in the fear of our God, because of the reproach of the nations our enemies? 10 I likewise, my brothers and my servants, lend them money and grain. Please let us stop this usury. 11 Please restore to them, today: their fields, their vineyards, their olive groves, and their houses, also the interest on the money, and the grain, and the new wine, and the oil, that you are charging them.”

12 Then they said, “We will restore them and will require nothing of them. We will do so, just as you say.”

Then I called the priests, and took an oath of them, that they would do according to this promise. 13 Also I shook the lap of my robe, and said, “So may the Lord shake out every man from his house, and from his labor, that does not perform this promise. May he be shaken out and emptied like this.”

All the assembly said, “Amen,” and praised the Lord. The people did according to this promise.

14 Moreover from the time that I was appointed to be their governor in the land of Judah, from the twentieth year to the 32nd year of Artaxerxes the king, that is, twelve years, I and my brothers have not eaten the bread of the governor.

15 But the former governors who were before me were supported by the people, and took bread and wine from them, plus 40 pieces of silver. Their servants also ruled over the people but I did not do so, because of the fear of God. 16 Yes, I also continued in the work of this wall. We did not buy any land. All my servants were gathered there to the work.

17 Moreover, there were at my table, 150 of the Jews and the rulers, in addition to those who came to us from among the nations that were around us. 18 Now that which was prepared for one day was one ox and six choice sheep. Also fowls were prepared for me, and once every ten days a store of all sorts of wine. Yet for all this, I did not demand the governor’s pay because the bondage was heavy on this people.

19 Remember me, my God, for good, for all that I have done for this people.

1 Now when it was reported to Sanballat, Tobiah, and to Geshem the Arabian, and to the rest of our enemies, that I had built the wall, and that there was no breach left in it (though up to that time I had not set up the doors in the gates) 2 Sanballat and Geshem sent to me, saying, “Come! Let’s meet together in the villages in the plain of Ono.” But they intended to harm me.

3 I sent messengers to them, saying, “I am doing a great work, so that I cannot come down. Why should the work cease, while I leave it, and come down to you?”

4 They sent to me four times like this; and I answered them the same way.

5 Then Sanballat sent his servant to me the same way the fifth time with an open letter in his hand, 6 in which was written, “It is reported among the nations, and Gashmu says it, that you and the Jews intend to rebel. Because of that, you are building the wall. You would be their king, according to these words. 7 You have also appointed prophets to proclaim of you at Jerusalem, saying, ‘There is a king in Judah!’ Now it will be reported to the king according to these words. Come now therefore, and let us take counsel together.”

8 Then I sent to him, saying, “There have been no such things done as you say, but you imagine them out of your own heart.”

9 For they all would have made us afraid, saying, “Their hands will be weakened from the work, that it not be done, ”But now, strengthen my hands.

11 I said, “Should a man like me flee? Who is there that, being such as I, would go into the temple to save his life? I will not go in.”

12 I discerned, and God had not sent him; but he pronounced this prophecy against me. Tobiah and Sanballat had hired him. 13 He hired him so that I would be afraid, and do this, and sin, so that they might have material for a bad report, that they might discredit me.

14 Remember, my God, Tobiah and Sanballat according to these their works, and also the prophetess Noadiah, and the rest of the prophets, that would have put me in fear.

Completion of the Wall

15 So the wall was finished in the 25th day of Elul, in 52 days. 16 When all our enemies heard of it, all the nations that were around us were afraid, and they lost their confidence; for they perceived that this work was done by our God.

17 Moreover in those days the nobles of Judah sent many letters to Tobiah, and Tobiah’s letters came to them. 18 For there were many in Judah sworn to him, because he was the son-in-law of Shecaniah the son of Arah, and his son Jehohanan had taken the daughter of Meshullam the son of Berechiah as wife. 19 Also they spoke of his good deeds before me and reported my words to him. Tobiah sent letters to cause me to fear.

1 Now concerning things sacrificed to idols: We know that we all have knowledge. Knowledge puffs up, but love builds up. 2 But if anyone thinks that he knows anything, he does not yet know as he ought to know. 3 But if anyone loves God, he is known by God.

4 Therefore concerning the eating of things sacrificed to idols, we know that no idol is anything in the world, and that there is no other God but one. 5 For though there are things that are called “gods”, whether in the heavens or on earth, as there are many “gods” and many “lords”, 6 yet to us there is one God, the Father, of whom are all things, and we for him, and one Lord, Jesus Christ, through whom are all things, and we live through him.

7 However, that knowledge is not in all men. But some, with consciousness of the idol until now, eat as of a thing sacrificed to an idol, and their conscience, being weak, is defiled. 8 But food will not commend us to God. For neither, if we do not eat, are we the worse, nor, if we eat, are we the better.

9 But be careful that by no means does this liberty of yours become a stumbling block to the weak. 10 For if a man sees you who have knowledge sitting in the temple of an idol’, won’t his conscience, if he is weak, be emboldened to eat things sacrificed to idols? 11 And through your knowledge, he who is weak perishes, the brother for whose sake Christ died. 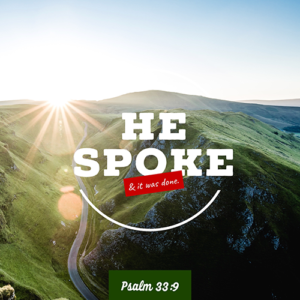 1 Rejoice in the Lord, you righteous!
Praise is fitting for the upright.
2 Give thanks to the Lord with the lyre.
Sing praises to him with the harp of ten strings.
3 Sing to him a new song.
Play skillfully with a shout of joy!

4 For the word of the Lord is right.
All his work is done in faithfulness.
5 He loves righteousness and justice.
The earth is full of the loving kindness of the Lord.

6 By the word of the Lord, the heavens were made:
all their army by the breath of his mouth.
7 He gathers the waters of the sea together as a heap.
He lays up the deeps in storehouses.
8 Let all the earth fear  the Lord.
Let all the inhabitants of the world stand in awe of him.
9 For he spoke, and it was done.
He commanded, and it stood firm.

8 The way of the guilty is devious,
but the conduct of the innocent is upright.
9 It is better to dwell in the corner of the housetop
than to share a house with a contentious woman.
10 The soul of the wicked desires evil,
his neighbor finds no mercy in his eyes.