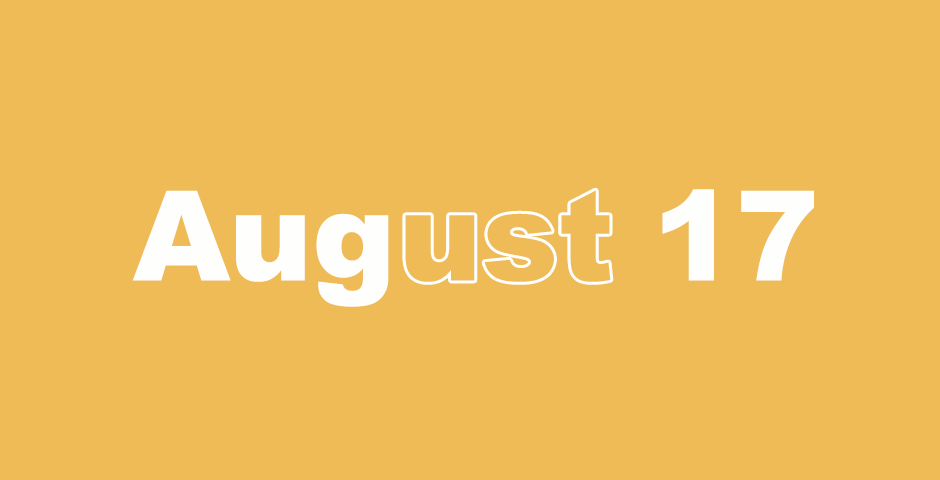 Because they did not meet the Israelites with bread and with water, but hired Balaam against them, to curse them. However, our God turned the curse into a blessing. Nehemiah 13:2 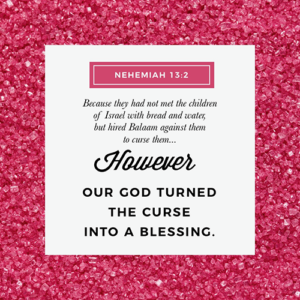 1 On that day they read in the book of Moses in the hearing of the people, and it was found written in it that an Ammonite and a Moabite should not enter into the assembly of God, forever, 2 because they did not meet the Israelites with bread and with water but hired Balaam against them, to curse them. However, our God turned the curse into a blessing.

3 It came to pass, when the people had heard the law, that they separated everyone of foreign descent from Israel.

4 Now before this, Eliashib the priest, who was appointed over the rooms of the house of our God, being allied to Tobiah, 5 had prepared a great room for Tobiah, where they had previously kept the grain offerings, the frankincense, the vessels, and the tithes of the grain, the new wine, and the oil, which were given by commandment to the Levites, the singers, and the gatekeepers, and the wave offerings for the priests.

6 But during all of this, I was not in Jerusalem, for in the 32nd year of Artaxerxes king of Babylon I went to the king, and after some days I asked leave of the king, 7 and I came to Jerusalem. Then I discovered the evil that Eliashib had done for Tobiah, in preparing him a room in the courts of the house of God. 8 It grieved me severely. Therefore I threw all Tobiah’s household belongings out of the room. 9 I commanded that they clean the rooms. I brought the vessels of the house of God back, along with the grain offerings and the frankincense.

10 I perceived that the portions of the Levites had not been given to them, so that the Levites and the singers, who did the work, had each fled to his field. 11 Then I contended with the rulers and said, “Why is the house of the Lord forsaken?” I gathered them together and set them in their place.

12 Then all Judah brought the tithe of the grain, the new wine, and the oil to the treasuries. 13 I assigned treasurers over the treasuries, Shelemiah the priest, and Zadok the scribe, and of the Levites, Pedaiah, and next to them was Hanan the son of Zaccur, the son of Mattaniah, for they were counted as faithful. Their assignment was to make distributions to their brothers.

14 Remember me, my God, concerning this, and do not wipe out my good deeds that I have done for the house of my God, and for its observances.

17 Then I contended with the nobles of Judah, and said to them, “What wicked thing is this that you are doing, profaning the Sabbath day? 18 Did your fathers not do this, and did our God not bring all this disaster on us, and on this city? Yet you are bringing even more wrath on Israel by profaning the Sabbath.”

20 So the merchants and sellers of all kinds of wares camped outside of Jerusalem once or twice. 21 Then I warned them and said to them, “Why are you encamping around the wall? If you do this again, I will remove you by force.” From that time on, they did not come on the Sabbath.

Remember me, my God, for this, and spare me according to the greatness of your loving kindness.

25 I contended with them, and cursed them, and struck some of them, and plucked out their hair, and made them swear by God, “You shall not give your daughters to their sons, nor take their daughters for your sons, or for yourselves. 26 Did Solomon king of Israel not sin by doing these things? Yet among many nations there was no king like him, and he was loved by his God, and the Lord made him king over all Israel. Nevertheless foreign women caused him to sin. 27 Shall we then listen to you to do all this great evil, to trespass against our God in marrying foreign women?”

28 One of the sons of Joiada, the son of Eliashib the high priest, was son-in-law to Sanballat the Horonite; therefore I chased him from me. 29 Remember them, my God, because they have defiled the priesthood, and the covenant of the priesthood and of the Levites.

30 Thus I purified them from all foreigners, and appointed duties for the priests and for the Levites, everyone in his work, 31 and for the wood offering, at times appointed, and for the first fruits.

Remember me, my God, for good.

1 Now in the days of Ahasuerus (this is Xerxes, who reigned from India to Ethiopia, over 127 provinces), 2 in those days, when the King Ahasuerus sat on the throne of his kingdom, which was in Susa the palace, 3 in the third year of his reign, he made a feast for all his princes and his servants, the power of Persia and Media, the nobles and princes of the provinces, being before him. 4 He displayed the riches of his glorious kingdom and the honor of his excellent majesty many days, 180 days.

5 When these days were fulfilled, the king made a seven day feast for all the people who were present in Susa the palace, both great and small, in the court of the garden of the king’s palace. 6 There were hangings of white and blue material, fastened with cords of fine linen and purple to silver rings and marble pillars. The couches were of gold and silver, on a pavement of red, white, yellow, and black marble. 7 They gave them drinks in golden vessels of various kinds, including royal wine in abundance, according to the bounty of the king. 8 In accordance with the law, the drinking was not compulsory, for so the king had instructed all the officials of his house, that they should do according to every man’s pleasure.

9 Also Vashti the queen made a feast for the women in the royal house which belonged to King Ahasuerus.

10 On the seventh day, when the heart of the king was merry with wine, he commanded Mehuman, Biztha, Harbona, Bigtha, and Abagtha, Zethar, and Carcass, the seven eunuchs who served in the presence of Ahasuerus the king, 11 to bring Vashti the queen before the king with the royal crown, to show the people and the princes her beauty, for she was beautiful. 12 But queen Vashti refused to come at the king’s commandment through the eunuchs. Therefore the king was very angry and his anger burned within him.

13 Then the king said to the wise men, who knew the times (for it was the king’s custom to consult those who knew law and judgment, 14 and next to him were Carshena, Shethar, Admatha, Tarshish, Meres, Marsena, and Memucan, the seven princes of Persia and Media, who saw the king’s face, and sat first in the kingdom), 15 “What shall we do to queen Vashti according to law, because she has not done the bidding of king Ahasuerus by the eunuchs?”

16 Memucan answered before the king and the princes,

“Vashti the queen has not done wrong to just the king, but also to all the princes, and to all the people who are in all the provinces of the King Ahasuerus. 17 For this deed of the queen will become known to all women, causing them to show contempt for their husbands, when it is reported, ‘King Ahasuerus commanded Vashti the queen to be brought in before him, but she did not come.’ 18 Today, the princesses of Persia and Media who have heard of the queen’s deed will tell all the king’s princes. This will cause much contempt and wrath.

19 “If it pleases the king, let a royal commandment go from him, and let it be written among the laws of the Persians and the Medes, so that it cannot be altered, that Vashti may never again come before king Ahasuerus, and let the king give her royal estate to another who is better than she. 20 When the king’s decree which he shall make is published throughout all his kingdom (for it is great), all the wives will give their husbands honor, both great and small.”

21 This advice pleased the king and the princes, and the king did according to the word of Memucan. 22 He sent letters into all the king’s provinces, into every province according to its writing, and to every people in their language, that every man should rule his own house, speaking in the language of his own people.

1 Be imitators of me, just as I also am of Christ.

2 Now I praise you, brothers, that you remember me in all things, and hold firm the traditions, just as I delivered them to you. 3 But I would have you know that the head of every man is Christ, and the head of the woman is man, and the head of Christ is God.

4 Every man praying or prophesying, having his head covered, dishonors his head. 5 But every woman praying or prophesying with her head uncovered dishonors her head. For it is one and the same thing as if she were shaved. 6 For if a woman is not covered, let her hair also be cut off. But if it is shameful for a woman to have her hair cut off or be shaved, let her be covered.

11 Nevertheless, neither is the woman independent of the man, nor the man independent of the woman, in the Lord. 12 For as woman came from man, so a man also comes through a woman; but all things are from God. 13 Judge for yourselves. Is it appropriate that a woman pray to God unveiled? 14 Does not even nature itself teach you that if a man has long hair, it is a dishonor to him? 15 But if a woman has long hair, it is a glory to her, for her hair is given to her for a covering. 16 But if any man seems to be contentious, we have no such custom, neither do the assemblies of God.

2 Take hold of shield and buckler,
and stand up as my help.
3 Brandish the spear and block those who pursue me.
Tell me, “I am your salvation.”

9 My soul shall be joyful in the Lord.
It shall rejoice in his salvation.
10 All my bones shall say, “Lord, who is like you,
who delivers the poor from him who is too strong for him;
yes, the poor and the needy from him who robs him?”

11 Unrighteous witnesses rise up.
They ask me about things that I do not know about.
12 They reward me evil for good,
to the bereavement of my soul.

17 He who loves pleasure will be a poor man.
He who loves wine and oil will not be rich.
18 The wicked is a ransom for the righteous,
the treacherous for the upright.