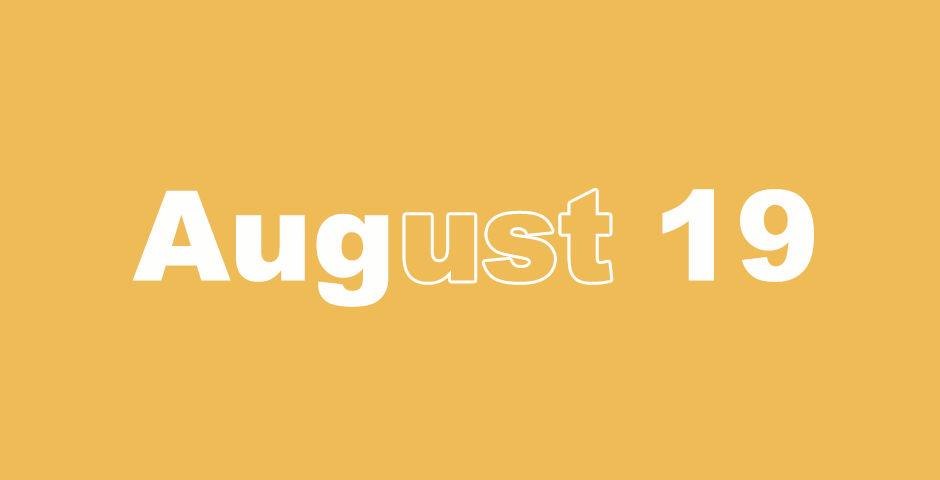 1 Now on the third day, Esther put on her royal clothing, and stood in the inner court of the king’s house, next to the king’s house. The king sat on his royal throne in the royal house, next to the entrance of the house. 2 When the king saw Esther the queen standing in the court, she obtained favor in his sight, and the king held out to Esther the golden scepter that was in his hand. So Esther came near, and touched the top of the scepter. 3 Then the king asked her, “What would you like, queen Esther? What is your request? It shall be given to you, even to the half of the kingdom.”

4 Esther said, “If it seems good to the king, let the king and Haman come today to the banquet that I have prepared for him.”

5 Then the king said, “Bring Haman quickly, so that it may be done as Esther has said.” So the king and Haman came to the banquet that Esther had prepared.

6 The king said to Esther at the banquet of wine, “What is your petition? It shall be granted you. What is your request? Even to the half of the kingdom it shall be performed.”

7 Then Esther answered and said, “My petition and my request is this. 8 If I have found favor in the sight of the king, and if it pleases the king to grant my petition and to perform my request, let the king and Haman come to the banquet that I will prepare for them, and I will do tomorrow as the king has said.”

9 Then Haman went out that day joyful and glad of heart, but when Haman saw Mordecai in the king’s gate, that he did not stand up nor move for him, he was filled with wrath against Mordecai. 10 Nevertheless Haman restrained himself, and went home. There, he sent for his friends and Zeresh his wife. 11 Haman recounted to them the glory of his riches, the multitude of his children, all the things in which the king had promoted him, and how he had advanced him above the princes and servants of the king.

12 Haman also said, “Yes, Esther the queen let no man come in with the king to the banquet that she had prepared but myself, and tomorrow I am also invited by her together with the king. 13 Yet all this avails me nothing, so long as I see Mordecai the Jew sitting at the king’s gate.”

14 Then Zeresh his wife and all his friends said to him, “Let a gallows be made 75 feet high and in the morning speak to the king about hanging Mordecai on it. Then go in merrily with the king to the banquet.”

This pleased Haman, so he had the gallows made.

1 On that night, the king could not sleep. He commanded the book of records of the chronicles to be brought, and they were read to the king. 2 It was found written that Mordecai had told of Bigthana and Teresh, two of the king’s eunuchs, who were doorkeepers, who had tried to lay hands on the King Ahasuerus. 3 The king said, “What honor and dignity has been given to Mordecai for this?”

Then the king’s servants who attended him said, “Nothing has been done for him.”

4 The king said, “Who is in the court?” Now Haman had come into the outer court of the king’s house, to speak to the king about hanging Mordecai on the gallows that he had prepared for him.

5 The king’s servants said to him, “Haman stands in the court.”

6 So Haman came in. The king said to him, “What shall be done to the man whom the king delights to honor?”

10 Then the king said to Haman, “Hurry and take the clothing and the horse, as you have said, and do this for Mordecai the Jew, who sits at the king’s gate. Do not forget a detail of all that you have spoken.”

11 Then Haman took the clothing and the horse, and arrayed Mordecai, and had him ride through the city square, and proclaimed before him, “Thus it shall be done to the man whom the king delights to honor!”

12 Mordecai came back to the king’s gate, but Haman hurried to his house, mourning and having his head covered. 13 Haman recounted to Zeresh his wife and all his friends everything that had happened to him. Then his wise men and Zeresh his wife said to him, “If Mordecai, before whom you have begun to fall, is of Jewish descent, you will not prevail against him, but you will surely fall before him.”

14 While they were still talking to him, the king’s eunuchs came, and hurried to bring Haman to the banquet that Esther had prepared.

Esther Pleads for Her People

1 So the king and Haman came to banquet with Esther the queen. 2 The king said again to Esther on the second day at the banquet of wine, “What is your petition, queen Esther? It shall be granted you. What is your request? Even to the half of the kingdom it shall be performed.”

3 Then Esther the queen answered, “If I have found favor in your sight, O king, and if it pleases the king, let my life be given to me at my petition, and my people spared at my request. 4 For we are sold, I and my people, to be destroyed, to be slain, and to perish. But if we had been sold for male and female slaves, I would have held my peace, although the adversary could not have compensated for the king’s loss.”

5 Then King Ahasuerus said to Esther the queen, “Who is he, and where is he who dared presume in his heart to do so?”

6 Esther said, “An adversary and an enemy, this wicked Haman!”

Then Haman was afraid before the king and the queen.

7 The king arose in his wrath from the banquet of wine and went into the palace garden. Haman stood up to beg for his life to Esther the queen, for he saw that there was destruction determined against him by the king. 8 Then the king returned from the palace garden into the place of the banquet of wine, and Haman had fallen on the couch where Esther was. Then the king said, “Will he even assault the queen in front of me in the house?” As the word went out of the king’s mouth, they covered Haman’s face.

9 Then Harbonah, one of the eunuchs who were with the king said, “There is a gallows 75 feet high, which Haman has made for Mordecai, who spoke out on behalf of the king, which is standing at Haman’s house.”

10 So they hanged Haman on the gallows that he had prepared for Mordecai. Then the king’s wrath was pacified. 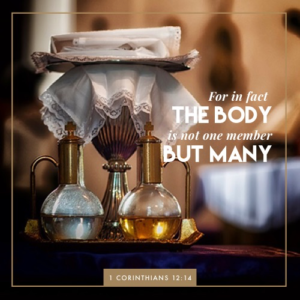 1 Now concerning spiritual things, brothers, I do not want you to be ignorant. 2 You know that when you were heathen, you were led away to those mute idols, however you might be led. 3 Therefore I make known to you that no man speaking by the Spirit of God says, “Jesus is accursed.” No one can say, “Jesus is Lord,” except through the Holy Spirit.

Many Members, One Body

12 For as the body is one and has many members and all the members of the body, being many, are one body, so also is Christ. 13 For in one Spirit we were all baptized into one body, whether Jews or Greeks, whether bond or free and were all given to drink into one Spirit.

18 But now God has set the members, each one of them, in the body, just as he desired. 19 If they were all one member, where would the body be? 20 But now they are many members, but one body. 21 The eye cannot tell the hand, “I have no need for you,” or again the head to the feet, “I have no need for you.” 22 No, much rather, those members of the body which seem to be weaker are necessary. 23 Those parts of the body which we think to be less honorable, on those we bestow greater honor, and our unpresentable parts are clothed modestly, 24 whereas our presentable parts have no such need. But God composed the body together, giving greater honor to the inferior part, 25 that there should be no division in the body, but that the members should have the same care for one another. 26 When one member suffers, all the members suffer with it. When one member is honored, all the members rejoice with it.

27 Now you are the body of Christ, and members individually.

28 God has set some in the assembly: first apostles, second prophets, third teachers, then miracle workers, then gifts of healing, helping, governing, and speaking various kinds of languages. 29 Are all apostles? Are all prophets? Are all teachers? Are all miracle workers? 30 Do all have gifts of healing? Do all speak with various languages? Do all interpret? 31 But earnestly desire the best gifts. And I will show you a most excellent way.

For the Chief Musician. By David, the servant of the Lord.

1 A revelation is within my heart about the disobedience of the wicked:
“There is no fear of God before his eyes.”
2 For he flatters himself in his own eyes
too much to detect and hate his sin.
3 The words of his mouth are wickedness and deceit.
He has ceased to be wise and to do good.
4 He plots iniquity on his bed.
He sets himself in a way that is not good.
He does not abhor evil.

5 Your loving kindness, O Lord, reaches the heavens.
Your faithfulness reaches to the clouds.
6 Your righteousness is like the great mountains.
Your judgments are like the deepest sea.
O Lord, you preserve man and animal.
7 How precious is your loving kindness, O God!
The children of men take refuge under the shadow of your wings.
8 They shall be fully satisfied with the abundance of your house.
And you shall make them drink from the river of your pleasures.
9 For with you is the fountain of life.
In your light we shall see light.

10 Oh continue your loving kindness to those who know you,
your righteousness to the upright in heart.
11 Let not the foot of pride come against me.
Let not the hand of the wicked drive me away.
12 There the workers of iniquity are fallen.
They are cast down, and shall not be able to rise.

21 He who follows after righteousness and kindness
finds life, righteousness, and honor.
22 A wise man scales the city of the mighty,
and brings down the strength of its confidence.