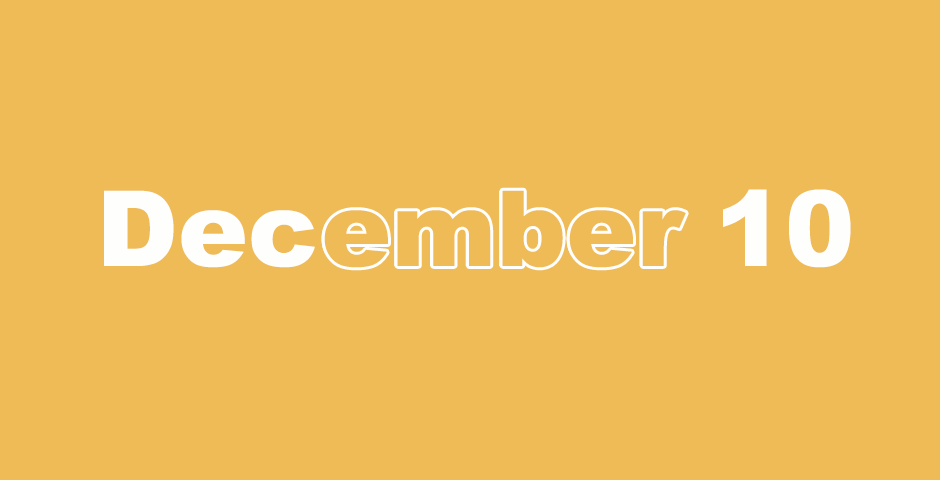 Can two walk together, unless they have agreed? Amos 3:3

1 The words of Amos, who was among the herdsmen of Tekoa, which he saw concerning Israel in the days of Uzziah king of Judah and in the days of Jeroboam the son of Joash king of Israel, two years before the earthquake. 2 He said:

“The voice of the Lord roars from Zion
and thunders from Jerusalem.
The pastures of the shepherds wither,
and the top of Mount Carmel dries up.”

“For three transgressions of Damascus, yes, even four,
I will not rescind its punishment,
because they have beaten Gilead
with threshing instruments of iron,
4 but I will send a fire into the house of Hazael,
and it will devour the palaces of Ben Hadad.
5 I will break the bar of Damascus
and cut off the inhabitant from the valley of Aven
and he who holds the scepter from the house of Eden,
and the people of Syria shall go into captivity to Kir,” says the Lord.

“For three transgressions of Gaza, yes, for four,
I will not rescind its punishment,
because they took the whole community captive
to deliver them up to Edom.
7 So I will send a fire on the wall of Gaza,
and it will devour its palaces.
8 I will cut off the inhabitant from Ashdod
and the one who holds the scepter from Ashkelon.
I will turn my hand against Ekron,
and the remnant of the Philistines will perish,” says the Lord God.

“For three transgressions of Tyre, yes, for four,
I will not turn back its punishment,
because they delivered up the whole community to Edom
and did not remember the brotherly covenant.
10 So I will send a fire on the wall of Tyre,
and it will devour its palaces.”

“For three transgressions of Edom, yes, for four,
I will not rescind its punishment,
because he pursued his brother with the sword.
He cast off all pity,
and his anger raged continually,
and he kept his wrath forever.
12 So I will send a fire on Teman,
and it will devour the palaces of Bozrah.”

“For three transgressions of the Ammonites, yes, for four,
I will not rescind its punishment,
because they have ripped open the pregnant women of Gilead,
that they may enlarge their border.
14 So I will kindle a fire in the wall of Rabbah,
and it will devour its palaces,
with war cries on the day of battle
and a violent disturbance on the day of the whirlwind,
15 Their king will go into captivity,
he and his princes together,” says the Lord.

Judgement on Moab, Judah and Israel

“For three transgressions of Moab, yes, for four,
I will not rescind its punishment,
because he burned the bones of the king of Edom into lime.
2 So I will send a fire on Moab,
and it will devour the palaces of Kerioth,
and Moab will die with tumult,
with shouting and with the sound of the trumpet,
3 and I will cut off the judge from among them
and will kill all its princes with him,” says the Lord.

“For three transgressions of Judah, yes, for four,
I will not rescind its punishment,
because they have rejected the law of the Lord
and have not kept his statutes,
and have been led away by the lies
after which their fathers walked.
5 So I will send a fire on Judah,
and it will devour the palaces of Jerusalem.”

“For three transgressions of Israel, yes, for four,
I will not rescind its punishment,
because they have sold the righteous for silver
and the needy for a pair of sandals.
7 They trample on the heads of the poor.
Like the dust of the earth,
they deny justice to the oppressed.
A man and his father use the same maiden,
to profane my holy name.
8 They lay themselves down beside every altar
on clothes taken in pledge,
and in the house of their God
they drink the the wine of those who have been fined.

The Ingratitude of Israel

9 Yet I destroyed the Amorite before them,
whose height was like the height of the cedars,
and he was strong as the oaks,
yet I destroyed his fruit above
and his roots beneath.
10 Also I brought you up out of the land of Egypt,
and led you 40 years in the wilderness,
to possess the land of the Amorite.
11 I raised up some of your sons for prophets,
and some of your young men for Nazirites.
Is this not true, Israelites?” says the Lord.

12 “But you gave the Nazirites wine to drink,
and commanded the prophets, saying, ‘Do not prophesy!’
13 I will crush you in your place,
like a cart full of grain crushes.
14 Flight will perish from the swift,
and the strong will not strengthen his force,
nor shall the mighty deliver himself,
15 nor shall the bowman stand,
and the runner will not escape,
nor shall the horseman deliver himself,
16 and he who is courageous among the mighty
will flee naked on that day,” says the Lord.

1 Hear this word that the Lord has spoken against you, Israelites, against the whole family which I brought up out of the land of Egypt, saying, 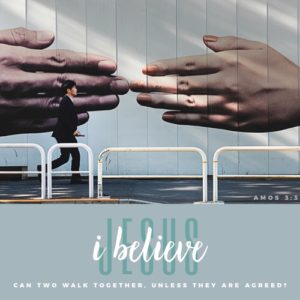 2 “Of all the families of the earth, I have chosen only you.
Therefore I will punish you for all of your sins.”

3 Can two walk together
unless they have agreed?
4 Will a lion roar in the thicket
when he has no prey?
Does a young lion cry out of his den
if he has caught nothing?

5 Can a bird fall in a trap on the earth
where no snare is set for him?
Does a trap spring up from the ground
when there is nothing to catch?
6 Does the trumpet alarm sound in a city,
and the people not fear?
Does tragedy fall to a city,
and the Lord has not done it?

7 Surely the Lord God will do nothing
without revealing his secret to his servants, the prophets.
8 The lion has roared.
Who will not fear?
The Lord God has spoken.
Who can but prophesy?

9 Proclaim it in the palaces at Ashdod
and in the palaces in the land of Egypt,
and say, “Assemble yourselves on the mountains of Samaria,
and see what unrest is in her
and what oppression is among them.”

10 “Indeed they do not know to do right,” says the Lord,
“They hoard plunder and loot in their palaces.”

“An adversary will overrun the land,
and he will pull down your strongholds,
and your fortresses will be plundered.”

“As the shepherd snatches from the mouth of the lion,
two legs, or a piece of an ear,
so shall the Israelites be rescued
who sit in Samaria on the corner of a couch,
and on the silken cushions of a bed.”

13 “Listen, and testify against the house of Jacob,”
says the Lord God, the God of Hosts.
14 “For on the day that I punish the transgressions of Israel,
I will also destroy the altars of Bethel,
and the horns of the altar will be cut off
and fall to the ground.
15 I will strike the winter house
with the summer house,
and the houses of ivory will perish,
and the great houses will come to an end,” says the Lord.

Message to the Church in Ephesus

1 “To the angel of the church in Ephesus write:

These are the words of the One who holds the seven stars in his right hand, who walks among the seven golden lampstands:

2 I know your deeds, and your toil and perseverance, and that you cannot tolerate evil men, and have tested those who call themselves apostles, and they are not, and you have found them false. 3 You have perseverance and have endured for my name’s sake and have not grown weary.

4 But I have this against you, that you left your first love. 5 Remember therefore from where you have fallen. Repent and do the things you did at first, or else I will come to you swiftly, and unless you repent, I will move your lamp stand from its place.

6 But this you have: You hate the works of the Nicolaitans, which I also hate. 7 He who has an ear, let him hear what the Spirit says to the churches. To the one who overcomes, I will grant that he eats from the tree of life, which is in the Paradise of my God.”

Message to the Church in Smyrna

8 “To the angel of the church in Smyrna write:

The first and the last, who was dead and has come to life, says these things:

9 I know your suffering and poverty, yet you are rich. I know of the slander of those who say they are Jews, and they are not, but are a synagogue of Satan. 10 Do not be afraid of the things which you are about to suffer. The devil is about to throw some of you into prison to test you, and you will experience suffering for ten days. Be faithful to death, and I will give you the crown of life. 11 He who has an ear, let him hear what the Spirit says to the churches. He who overcomes will not be harmed by the second death.”

Message to the Church in Pergamum

12 “To the angel of the church in Pergamum write:

The One who has the sharp two-edged sword says these things:

13 I know your deeds and where you live, where Satan’s throne is. You hold firmly to my name and did not deny your faith in me in the days of Antipas my witness, my faithful one, who was killed among you, where Satan dwells.

14 But I have a few things against you because you have there some who hold to the teaching of Balaam, who taught Balak to throw a stumbling block before the Israelites, to eat things sacrificed to idols and to commit sexual immorality. 15 So you also have some who hold to the teaching of the Nicolaitans. 16 Repent therefore, or else I will come to you quickly and will wage war against them with the sword of my mouth. 17 He who has an ear, let him hear what the Spirit says to the churches. To him who overcomes, to him I will give of the hidden manna, and I will give him a white stone, and on the stone a new name written, which no one knows but he who receives it.”

The Cords of the Wicked

5 Let them be turned back in shame,
all those who hate Zion.
6 Let them be like the grass on the housetops,
which withers before it grows up,
7 with which the reaper does not fill his hand,
nor he who binds sheaves, his bosom.
8 Neither do those who go by say,
“The blessing of the Lord be on you.
We bless you in the name of the Lord.”

19 A servant cannot be corrected with words.
Though he understands, yet he will not respond.

20 Do you see a man who is hasty in his words?
There is more hope for a fool than for him.