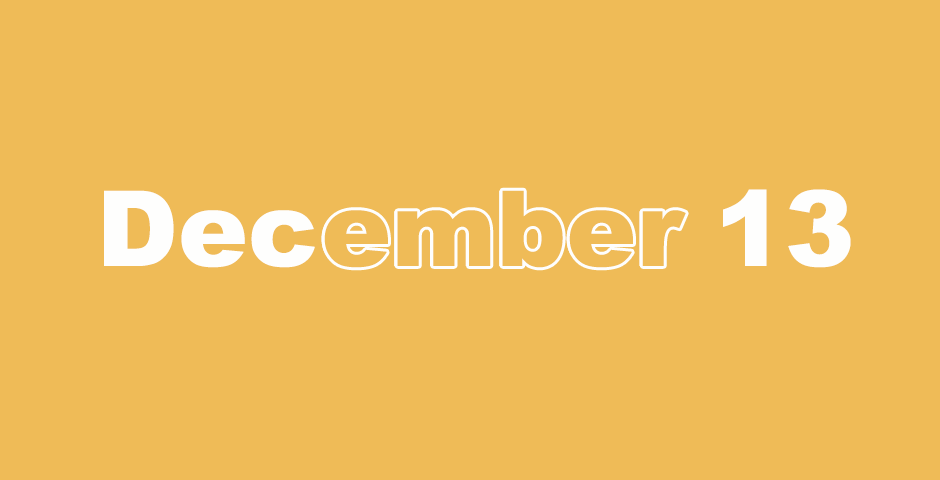 The fear of man is a snare, but whoever puts his trust in the Lord is lifted up in safety. Proverbs 29:25

The Destruction of Edom

1 The vision of Obadiah:

This is what the Lord God says about Edom.

We have heard news from the Lord;
an ambassador has been sent among the nations,
saying, “Arise, and let us rise up against her in battle!”

2 “Behold, I will make you small among the nations.
You will be greatly despised.
3 The pride of your heart has deceived you,
you who dwell in the clefts of the rock,
whose home is in the heights,
who says in his heart,
‘Who will bring me down to the ground?’
4 Though you mount on high like the eagle,
and though your nest is set among the stars,
I will bring you down from there,” says the Lord.

5 “If thieves came to you,
if robbers by night—
oh, what disaster awaits you—
would they not steal only until they had enough?
If grape pickers came to you,
would they not leave some gleaning grapes?
6 How Esau will be ransacked!
How his hidden treasures are sought out!
7 All of your allies will drive you out to the border.
The men who were at peace with you have deceived you
and prevailed against you.
Friends who eat your bread lay a snare under you.
There is no understanding in him.
8 In that day, declares the Lord,
will I not destroy the wise men of Edom
and understanding from the mountain of Esau?
9 Your mighty men, O Teman, will be terrified
so that everyone will be destroyed
from the mountain of Esau by slaughter.
10 For the violence done to your brother Jacob,
shame will cover you,
and you will be destroyed forever.

11 On that day, you stood aloof
while strangers took his wealth,
and foreigners entered into his gates
and cast lots for Jerusalem,
and you were like one of them.

12 But do not look down on your brother
on the day of his disaster,
and do not rejoice over the descendants of Judah
on the day of their destruction.
Do not speak proudly on the day of distress.

14 Do not stand in the crossroads
to cut off those among them who escape.
Do not deliver up those who remain
on the day of distress.

The Deliverance of Israel

15 For the day of the Lord is near
for all the nations!
As you have done, it will be done to you.
Your deeds will return upon your own head.
16 For as you have drunk on my holy mountain,
so will all the nations drink continually.
Yes, they will drink, swallow,
and will be as though they had not been.
17 But in Mount Zion, there will be those who escape,
and it will be holy.
The house of Jacob will again possess their rightful inheritance.
18 The house of Jacob will be a fire,
the house of Joseph a flame,
and the house of Esau for stubble.
They will burn among them and devour them.
There will not be any remaining to the house of Esau.”
Indeed, the Lord has spoken.

The Throne in Heaven

1 After these things I looked and saw a door opened in heaven, and the first voice that I heard, like a trumpet speaking with me, was one saying, “Come up here, and I will show you the things which must happen after this.”

2 Immediately I was in the Spirit. There was a throne set in heaven and one sitting on the throne 3 that looked like jasper and carnelian. There was a rainbow around the throne. To look at it, it was like an emerald. 4 Around the throne were 24 thrones. On the thrones were 24 elders sitting, dressed in white garments, with crowns of gold on their heads.

Worship of the Creator

5 From the throne proceeded flashes of lightning, thunder, and voices. There were seven lamps of fire burning before his throne, which are the seven Spirits of God. 6 Before the throne was something like a sea of glass, similar to crystal. In the middle of the throne, and around the throne were four living creatures full of eyes in front and back. 7 The first creature was like a lion, and the second creature like a calf, and the third creature had a face like a man, and the fourth was like a flying eagle. 8 The four living creatures, each one of them having six wings, were full of eyes all around and within. They had no rest day and night, saying,

11 “Worthy are you, our Lord and God,
to receive glory, honor, and power,
for you created all things,
and because you desired it,
they existed, and were created!”

The Lord has Chosen Zion

1 Lord, remember David and all his affliction,
2 how he swore an oath to the Lord,
and vowed to the Mighty One of Jacob:
3 “Surely I will not come into the structure of my house
or go up into my bed,
4 I will not give sleep to my eyes
or slumber to my eyelids,
5 until I find a place for the Lord,
a dwelling for the Mighty One of Jacob.”
6 We heard of it in Ephrathah.
We found it in the field of Jaar:

7 “We will go into his dwelling place.
We will worship at his footstool.
8 Arise, Lord, into your resting place,
you, and the ark of your strength.
9 Let your priests be clothed with righteousness.
Let your saints shout for joy!”
10 For the sake of your servant David,
do not turn away the face of your anointed one.

11 The Lord has sworn to David in truth.
He will not turn from it:
“I will set the fruit of your body on your throne.
12 If your children will keep my covenant,
my testimony that I will teach them,
their children also will sit on your throne forevermore.”

13 For the Lord has chosen Zion.
He has desired it for his dwelling place.
14 “This is my resting place forever.
I will live here, for I have desired it.
15 I will abundantly bless her provision.
I will satisfy her poor with bread.
16 I will also clothe her priests with salvation.
Her saints will shout aloud for joy.
17 I will make the horn of David to bud there.
I have ordained a lamp for my anointed.
18 I will clothe his enemies with shame,
but on himself, his crown will shine.” 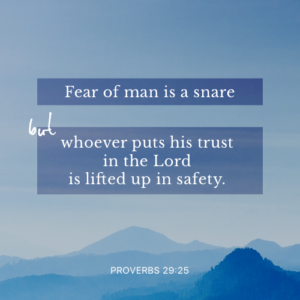 24 Whoever is an accomplice to a thief is an enemy of his own soul.
He takes an oath, but dares not testify.

25 The fear of man is a snare,
but whoever puts his trust in the Lord is lifted up in safety.