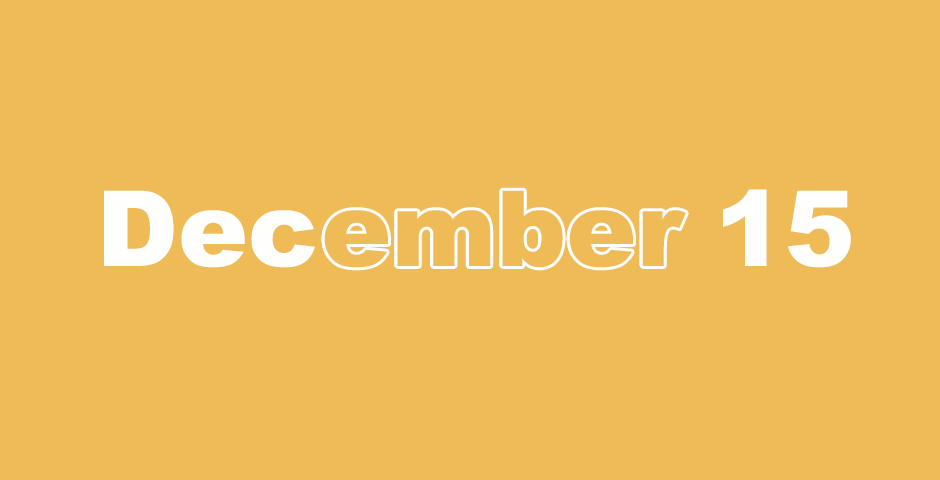 Lift up your hands in the sanctuary. Praise the Lord! Psalm 134:2

1 The word of the Lord that came to Micah the Morashtite in the days of Jotham, Ahaz, and Hezekiah, kings of Judah, which he saw concerning Samaria and Jerusalem.

2 Hear, you peoples, all of you.
Listen, O earth, and all that is in it,
and let the Lord God be witness against you,
the Lord from his holy temple.

3 Look, the Lord is coming from his place,
and will come down
and tread upon the high places of the earth.

4 The mountains melt under him,
and the valleys split apart,
like wax before the fire,
like waters that are poured down a steep place.

6 Therefore I will make Samaria like a rubble heap of the field,
like places for planting vineyards,
and I will pour down its stones into the valley,
and I will uncover its foundations.

8 For this I will lament and wail.
I will go stripped and naked.
I will howl like the jackals
and moan like the daughters of owls.

9 For her wounds are incurable,
for it has come to Judah.
It reaches to the gate of my people,
to Jerusalem.

10 Do not tell it in Gath.
Do not weep at all.
Roll yourself in the dust at Beth Ophrah.

11 Depart in nakedness and shame, inhabitants of Shaphir.
The inhabitants of Zaanan cannot leave.
Beth Ezel wails. Its protection has been removed from you.

12 For the inhabitants of Maroth wait anxiously for good,
because disaster has come down from the Lord to the gate of Jerusalem.

13 Harness the chariot to the swift steed, inhabitants of Lachish.
You were where the sin began for the daughter of Zion.
For the transgressions of Israel were founded in you.

14 Therefore you will give a parting gift to Moresheth Gath.
The houses of Achzib will be a deceitful thing
to the kings of Israel.

15 I will yet bring a conqueror against you,
inhabitant of Mareshah.
The glory of Israel will come to Adullam.

16 Shave your heads and cut off your hair.
for the children in which you delight.
Enlarge your baldness like the vulture,
for they will be taken away from you, into captivity!

Woe to the Oppressors

1 Woe to those who devise iniquity
and plot evil on their beds!
When the morning is light, they practice it,
because it is in their power.

“I am planning disaster against these people,
from which you will not save your necks,
nor will you walk haughtily,
for it is an evil time.

4 In that day they will take up a parable against you
and lament with this sorrowful lamentation, saying,

‘We are utterly ruined!
My people’s possession is divided up.
Indeed he takes it from me and assigns our fields to traitors!’ ”

5 Therefore you will have no one who divides the land by lot
in the assembly of the Lord.

7 Shall it be said, O house of Jacob:
“Is the Spirit of the Lord angry?
Is this his doing?
Do my words not benefit him who walks blamelessly?”

8 But lately my people have risen up
like an enemy.
You strip the robe and clothing
from those who pass by without a care,
returning from battle.

9 You drive the women of my people
out from their cozy homes.
From their young children,
you take my blessing away forever.

10 Get up! Leave!
For this is not your resting place,
because it is defiled, it will destroy you,
with a grievous destruction.

11 If a man walking in a spirit of deceit lies, saying
“I will prophesy to you about beer and wine;”
he would be the prophet for this people.

The Remnant of Israel

12 I will surely assemble all of you, Jacob.
I will surely gather the remnant of Israel.
I will put them together like the sheep of Bozrah,
like a flock in the midst of their pasture.
It will swarm with people.

13 He who breaks open the way will go up before them.
They break through the gate and go out.
And their king will pass through before them,
with the Lord at their head.

“Please listen, you heads of Jacob
and rulers of the house of Israel.
Should you not know justice?

2 You who hate good and love evil,
who tear off their skin,
and their flesh from their bones,
3 who also eat the flesh of my people,
and peel their skin off of them,
and break their bones,
and chop them in pieces, as if for cooking,
and as meat in the cooking pot.

4 Then they will cry to the Lord,
but he will not answer them.
Yes, he will hide his face from them at that time,
because of their evil deeds.”

6 “Therefore night is over you, with no vision,
and it is dark to you, without divination;
and the sun will go down on the prophets,
and the day will be black over them.

7 The seers shall be ashamed
and the diviners humiliated.
Yes, they shall all cover their lips,
for there is no answer from God.”

8 But as for me, I am full of the Spirit of the Lord’s power
and of judgment and of might,
to declare to Jacob his disobedience
and to Israel his sin.

10 They build up Zion with blood
and Jerusalem with iniquity.

11 Her leaders judge for bribes,
and her priests teach for a price,
and her prophets tell fortunes for money,
yet they lean on the Lord, and say,
“Isn’t the Lord among us?
No disaster will come upon us.”

12 Therefore Zion, for your sake, will be plowed like a field,
and Jerusalem will become heaps of rubble,
and the mountain of the temple like the high places of a forest.

The Mountain of the Lord’s Temple

1 But in the last days,
it will happen that the mountain of the Lord’s temple
will be established on high among the mountains,
and it will be exalted above the hills,
and peoples will stream to it.

2 Many nations will go and say,
“Come! Let’s go up to the mountain of the Lord,
and to the house of the God of Jacob,
and he will teach us of his ways,
and we will walk in his paths.”

For the law will go out of Zion,
and the word of the Lord from Jerusalem,
3 and he will judge between many peoples,
and will decide concerning strong and far off nations.
They will beat their swords into plowshares
and their spears into pruning hooks.
Nation will no longer take up sword against nation,
nor will they study war any more.

The Restoration of Zion

9 Now why do you cry out aloud?
Do you have no king?
Has your counselor perished,
that pains have taken hold of you like a woman in labor?

10 Be in pain, and labor to give birth, daughter of Zion,
like a woman in labor,
for now you will leave the city
and will dwell in the field
and will come to Babylon.
There you will be rescued.
There the Lord will redeem you
from the hand of your enemies.

11 Now many nations have assembled against you,
that say, “Let her be defiled,
and let us watch and gloat over Zion.”

12 But they do not know the thoughts of the Lord,
nor do they understand his counsel,
for he has gathered them
like sheaves to the threshing floor.

The First Seal: Rider on a White Horse

1 I saw that the Lamb opened one of the seven seals, and I heard one of the four living creatures saying, with a voice like thunder, “Come and see!” 2 And a white horse and the one who sat on it had a bow. A crown was given to him, and he went forth conquering, to gain victory.

3 When he opened the second seal, I heard the second living creature saying, “Come!” 4 Another came out: a red horse. The one who sat on it was given power to take peace from the earth, that they should kill one another. There was given to him a great sword.

7 When he opened the fourth seal, I heard the fourth living creature saying, “Come and see!” 8 And a pale horse and the name of the one who sat on it was Death. Hades followed with him. Authority over one fourth of the earth, to kill with the sword, with famine, with death, and by the wild animals of the earth was given to him.

9 When he opened the fifth seal, I saw underneath the altar, the souls of those who had been killed because of the Word of God, and because of the testimony they had, of the Lamb. 10 They cried with a loud voice, saying, “How long, Master, holy and true, until you judge and avenge our blood on those who dwell on the earth?” 11 A long white robe was given to each of them. They were told that they should continue to rest for a while, until the full number was complete, of their fellow servants and their brothers, who, like them, would also be killed.

12 I saw when he opened the sixth seal, and there was a great earthquake. The sun became black as sackcloth made of hair, and the whole moon became like blood. 13 The stars of the sky fell to the earth, like a fig tree dropping its unripe figs when it is shaken by a great wind. 14 The sky was removed like a scroll when it is rolled up. Every mountain and island were moved from their places. 15 The kings of the earth, the princes, the commanding officers, the rich, the strong, and every slave and free person, hid themselves in the caves and in the rocks of the mountains. 16 They told the mountains and the rocks, “Fall on us, and hide us from the face of him who sits on the throne, and from the wrath of the Lamb, 17 for the great day of his wrath has come, and who is able to stand?”

Bless the Lord, All You Servants 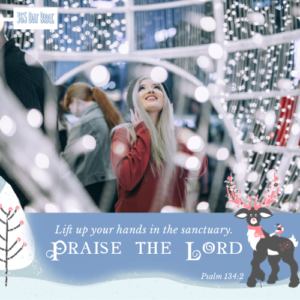 1 The words of Agur the son of Jakeh, the revelation that
this man says to Ithiel, to Ithiel and Ucal:
2 “Surely I am the most ignorant of men,
and do not have a man’s understanding.
3 I have not gained wisdom,
nor do I have the knowledge of the Holy One.
4 Who has ascended up into heaven, and descended?
Who has gathered the wind in his fists?
Who has bound the waters in his garment?
Who has established all the ends of the earth?
What is his name, and what is his son’s name, if you know?