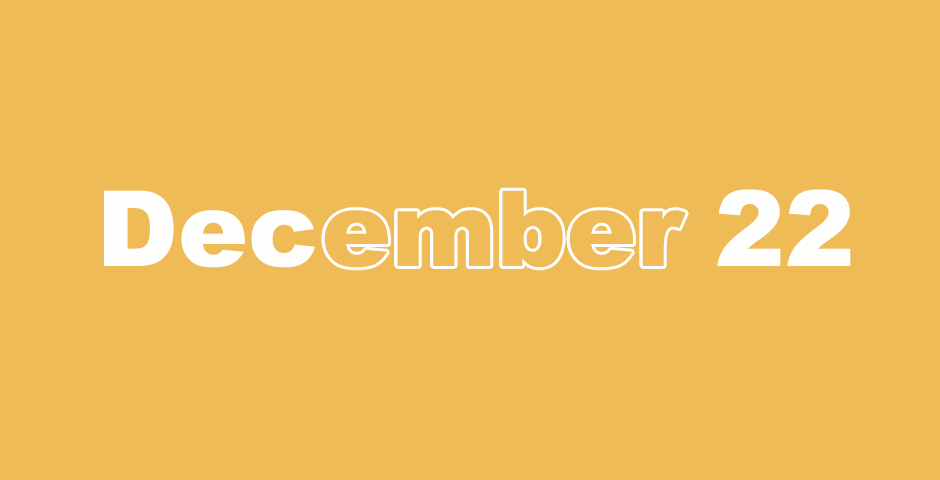 Sing and rejoice, daughter of Zion, for I am coming, and I will dwell within you,’ says the Lord. Zechariah 2:10

The Man with a Measure

1 I looked up and saw a man with a measuring line in his hand.

He said to me, “To measure Jerusalem, to see what its width and length are.”

3 The angel who spoke with me went out, and another angel went out to meet him, 4 and said to him, “Run, say this to the young man: ‘Jerusalem will be inhabited as unwalled villages because of the great number of people and livestock in it. 5 For I,’  declares the Lord, ‘will be for her, a wall of fire around her, and I will be the glory in her midst.

The Exiles are Called Home

6 Come! Come! Flee from the land of the north,’ says the Lord; ‘for I have spread you abroad like the four winds of the sky,’ says the Lord. 7 ‘Come, Zion! Escape, you who dwell with the daughter of Babylon.’

8 For the Lord of Hosts says that it is for his honor that he has sent me to the nations which plundered you, for he who touches you touches the apple of his eye. 9 I will shake my hand over them, and they will become plunder for their own servants, and you will know that the Lord of Hosts has sent me. 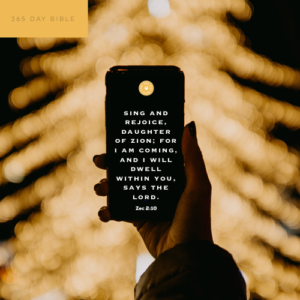 10 Sing and rejoice, daughter of Zion, for I am coming, and I will dwell within you,’ says the Lord. 11 Many nations shall join themselves to the Lord on that day and shall be my people, and I will dwell among you, and you shall know that the Lord of Hosts has sent me to you. 12 The Lord will inherit Judah as his portion in the holy land and will again choose Jerusalem. 13 Be silent, mankind, before the Lord, for he has roused himself from his holy dwelling place!”

1 He showed me Joshua the high priest standing before the angel of the Lord and Satan standing at his right hand to be his adversary.

2 The Lord said to Satan, “The Lord rebuke you, Satan! Yes, the Lord who has chosen Jerusalem, rebuke you! Is this man not a burning stick snatched from the fire?”

3 Now Joshua was clothed with filthy garments and was standing before the angel.

4 He answered and spoke to those who stood before him, saying, “Take the filthy garments off of him.” To him he said, “I have removed your iniquity from you, and I will clothe you with rich clothing.”

So they set a clean turban on his head and clothed him, and the angel of the Lord was standing by. 6 The angel of the Lord protested to Joshua, saying, 7 “The Lord of Hosts says: ‘If you will walk in my ways, and if you will follow my instructions, then you shall judge my house and keep my courts, and I will bestow to you access to a place among those who are standing here.

8 Hear now, Joshua, high priest, you and your fellow priests who sit before you. These men are a wondrous sign, for I will bring forth my Servant, the Branch. 9 For the stone that I have set before Joshua: I will inscribe an engraving in one stone with seven facets,’ says the Lord of Hosts, ‘and in one day, I will remove the iniquity of that land. 10 On that day,’ says the Lord of Hosts, ‘you will each invite your neighbor under the vine and under the fig tree.’ ”

The Beast out of the Sea

1 Then I stood on the sand of the sea. I saw a beast coming up out of the sea, having ten horns and seven heads. On his horns were ten crowns and on his heads, blasphemous names. 2 The beast which I saw was like a leopard, and his feet were like those of a bear and his mouth like the mouth of a lion. The dragon gave him his power, his throne, and great authority.

3 One of his heads looked like it had been wounded fatally. His fatal wound was healed, and the whole earth marveled at the beast. 4 They worshiped the dragon because he gave his authority to the beast, and they worshiped the beast, saying, “Who is like the beast? Who is able to wage war with him?”

7 It was given to him to wage war with the saints and to overcome them. Authority over every tribe, people, language, and nation was given to him. 8 All who dwell on the earth will worship him, everyone whose name has not been written from the foundation of the world in the book of life of the Lamb who has been killed.

9 If anyone has an ear, let him hear:

Here is the endurance and the faith of the saints.

The Beast from the Earth

11 I saw another beast coming up out of the earth. He had two horns like a lamb, and he spoke like a dragon. 12 He exercised all the authority of the first beast in his presence. He made the earth and those who dwell in it worship the first beast, whose fatal wound was healed.

The Mark of the Beast

16 The second beast required all, small and the great, rich and the poor, free and the slave, to be given marks on their right hands or on their foreheads, 17 so that no one would be able to buy or to sell unless he had that mark, which is the name of the beast or the number of his name.

18 Here is wisdom. He who has understanding, let him calculate the number of the beast, for it is the number of a man. His number is 666.

Come to Me Quickly

1 Lord, I have called on you.
Come to me quickly!
Hear my voice when I call to you.
2 Let my prayer be set before you like incense,
the lifting up of my hands like the evening sacrifice.

3 Set a watch, Lord, before my mouth.
Keep watch over the door of my lips.
4 Do not incline my heart to any evil thing,
to practice wicked deeds with men who sin.
Do not let me eat of their delicacies.

5 Let the righteous strike me: it is kindness.
let him reprove me: it is like oil refreshing the head;
do not let me refuse it,
for my prayer is always against evil.
6 Their judges will be thrown down the side of a cliff.
They will listen to my words, for they are well spoken.
7 “As when one plows and breaks up the earth,
so have our bones been scattered at the mouth of the grave.”

8 For my eyes are fixed on you, O God, my Lord.
In you, I take refuge.
Do not leave me destitute.
9 Keep me from the snare which they have laid for me,
from the traps of evildoers.
10 Let the wicked all fall together into their own nets
while I pass by them.

18 “There are three things which are too amazing for me,
four which I do not understand:
19 The way of an eagle in the air,
the way of a serpent on a rock,
the way of a ship in the midst of the sea,
and the way of a man with a woman.

20 “So is the way of an adulterous woman:
She eats and wipes her mouth,
and says, ‘I have done nothing wrong.’