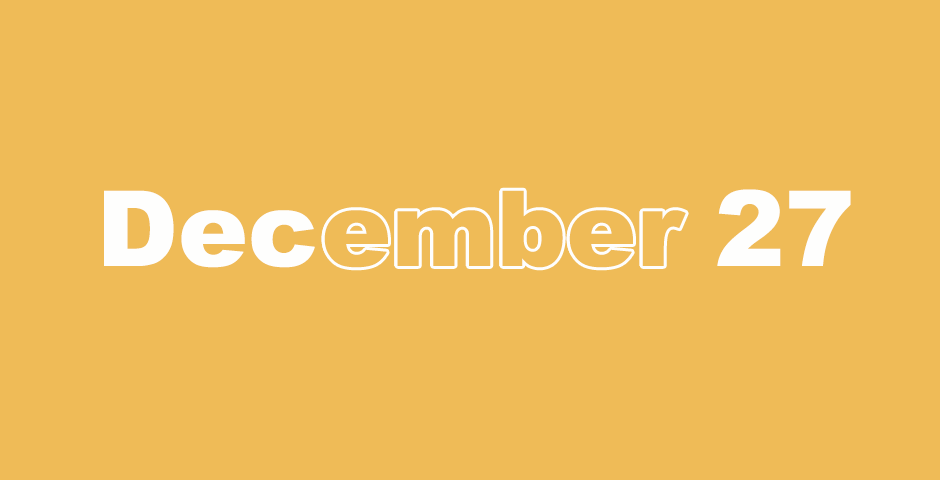 The Lord opens the eyes of the blind.
The Lord raises up those who are bowed down.
The Lord loves the righteous.
Psalm 146:8

Judah and Israel will be Restored

1 Ask of the Lord for rain in the spring time,
the Lord who makes storm clouds,
and he gives rain showers to everyone
for the plants in the field.
2 For the idols speak vanity
and the diviners have seen a lie,
and they have told of false dreams.
They comfort in vain.
Therefore they go their way like sheep.
They are oppressed, because there is no shepherd.

3 My anger is burning against the shepherds,
and I will punish the leaders.
For the Lord of Hosts cares for his flock,
the house of Judah,
and will make them his majestic warhorse.
4 From Judah, will come the cornerstone,
from him the nail,
from him the battle bow,
from him every ruler.
5 Together they shall be mighty in battle,
treading down their enemies in the mud,
and they shall fight, because the Lord is with them,
and the rival horsemen will be put to shame.

6 “I will strengthen the house of Judah,
and I will save the house of Joseph,
and I will bring them back,
for I have compassion for them,
and they will be as if I had never rejected them,
for I am the Lord their God, and I will hear them.
7 Ephraim will be like a warrior,
and their heart will rejoice as if from wine.
Yes, their children will see it and rejoice.
Their heart will be glad in the Lord.

8 I will signal for them and gather them,
for I have redeemed them,
and they will increase as they had been increasing.
9 I will sow them among the peoples,
and they will remember me in faraway lands,
and they will live, along with their children, and will return.
10 And I will bring them back from the land of Egypt,
and gather them out of Assyria,
and I will bring them into the land of Gilead and Lebanon,
and there will not be room enough for them.
11 They will pass through the sea of affliction
and will strike the waves of the sea,
and all the depths of the Nile will dry up,
and the pride of Assyria will be brought down,
and the scepter of Egypt will depart.
12 I will strengthen them in the Lord,
and they will come and go, walking in his name,” says the Lord.

1 Open your doors, Lebanon
so that the fire may devour your cedars.
2 Wail, cypress tree, for the cedar has fallen
because the stately ones are destroyed.
Wail, you oaks of Bashan,
for the lush forest has fallen.
3 The sound of the shepherds wailing!
For their glory is destroyed.
The sound of the young lions roaring!
For the pride of the Jordan is ruined.

4 The Lord my God says: “Feed the flock to be slaughtered. 5 Their buyers slaughter them and go unpunished. Those who sell them say, ‘Praise the Lord, for I am rich,’ and their own shepherds do not pity them.

6 For I will no longer pity the inhabitants of the land,” says the Lord, “but I will deliver the men, each one into his neighbor’s hand, and into the hand of his king. They will strike the land, and from its hand I will not deliver them.”

8 I removed the three shepherds in one month, for I was weary of them, and they also loathed me. 9 Then I said, “I will not feed you. That which is dying, let it die; and that which is to be cut off, let it be cut off; and let those who are left eat each other’s flesh.”

10 I took my staff Favor and cut it apart, that I might break my covenant that I had made with all the peoples. 11 It was broken on that day, and thus the poor of the flock that listened to me knew that it was the word of the Lord.

13 The Lord said to me, “Throw it to the potter, the handsome price by which they valued me!” I took the 30 pieces of silver and threw them to the potter, in the house of the Lord. 14 Then I cut apart my other staff, Union, that I might break the brotherhood between Judah and Israel.

15 The Lord said to me, “Take for yourself once again the equipment of a foolish shepherd. 16 For I will raise up a shepherd in the land who will not attend to those who are being cut off, nor will he seek the scattered, nor heal the broken, nor feed that which is healthy, but he will eat the meat of the fattened sheep and will tear their hoofs in pieces.

1 After these things, I saw another angel coming down from heaven, having great authority. The earth was illuminated with his glory. 2 He cried with a mighty voice, saying,

“Fallen, fallen is Babylon the great!

4 I heard another voice from heaven, saying,

“Come out of her, my people,
that you would have no participation in her sins,
and that you do not contract her plagues,
5 for her sins have reached to the heavens,
and the Lord has remembered her iniquities.
6 Return to her just as she returned
and repay her double as she did,
and according to her works.
In the cup which she mixed, mix double for her.
7 However much she glorified herself
and grew wanton,
give back to her, torment and mourning.
For she says in her heart,
‘I sit a queen and am no widow
and will never mourn.’
8 Therefore in one day her plagues will come:
death, mourning, and famine,
and she will be utterly burned with fire,
for the Lord God who has judged her is strong.

9 The kings of the earth who committed sexual immorality and lived wantonly with her will weep and wail over her when they look at the smoke from her burning,  10 standing far away for the fear of her torment, saying,

‘Woe, woe, the great city,
Babylon, the strong city!
For your judgment has come in one hour.’

11 The merchants of the earth weep and mourn over her, for no one buys their merchandise any more: 12 merchandise of gold, silver, precious stones, pearls, fine linen, purple, silk, scarlet, all expensive wood, every vessel of ivory, every vessel made of most precious wood, and of brass, and iron, and marble; 13 and cinnamon, incense, perfume, frankincense, wine, olive oil, fine flour, wheat, sheep, horses, chariots, and people’s bodies and souls.

14 The fruits which you lusted after
have been lost to you.
All things that were dainty and sumptuous
have perished from you,
and you will never find them again.

15 The merchants of these things, whom she made rich, will stand far away for the fear of her torment, weeping and mourning, 16 saying,

‘Woe, woe, the great city,
she who was dressed in fine linen, purple, and scarlet,
and decked with gold and precious stones and pearls!
17 For in an hour such great riches are destroyed.’

Every ship master, and everyone who sails anywhere, and mariners, and as many as gain their living by sea, stood far away, 18 and cried out as they looked at the smoke from her burning, saying, ‘What is like the great city?’

19 They cast dust on their heads, and cried, weeping and mourning, saying,

‘Woe, woe, the great city,
in which all who had their ships in the sea
were made rich because of her great wealth!’
For she is made desolate in one hour.

20 “Rejoice over her, O heaven,
you saints, apostles, and prophets;
for God has avenged you in his judgment on her.”

21 A mighty angel took up a stone like a great millstone and cast it into the sea, saying,

24 In her was found the blood of prophets and of saints and of all who have been slain on the earth.”

Praise the Lord, My Soul

1 Hallelujah!
Praise the Lord, my soul.
2 While I live, I will praise the Lord.
I will sing praises to my God as long as I exist.

3 Do not put your trust in princes,
in mankind from whom there is no help.
4 His spirit departs, and he returns to the earth.
On that very day, his thoughts perish.
5 Happy is he whose help comes from the God of Jacob,
whose hope is in the Lord, his God,
6 who made heaven and earth,
the sea, and all that is in them,
who keeps truth forever,
7 who executes justice for the oppressed,
who gives food to the hungry.

The Lord frees the prisoners. 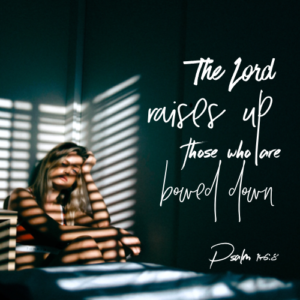 8 The Lord opens the eyes of the blind.
The Lord raises up those who are bowed down.
The Lord loves the righteous.
9 The Lord preserves the foreigners.
He upholds the fatherless and widow,
but he turns the way of the wicked upside down.
10 The Lord will reign forever,
your God, O Zion, to all generations.
Hallelujah!

1 The words of king Lemuel; the revelation which his mother taught him.
2 “Oh, my son!
Oh, son of my womb!
Oh, son of my vows!
3 Do not give your strength to women,
nor your ways to that which destroys kings.