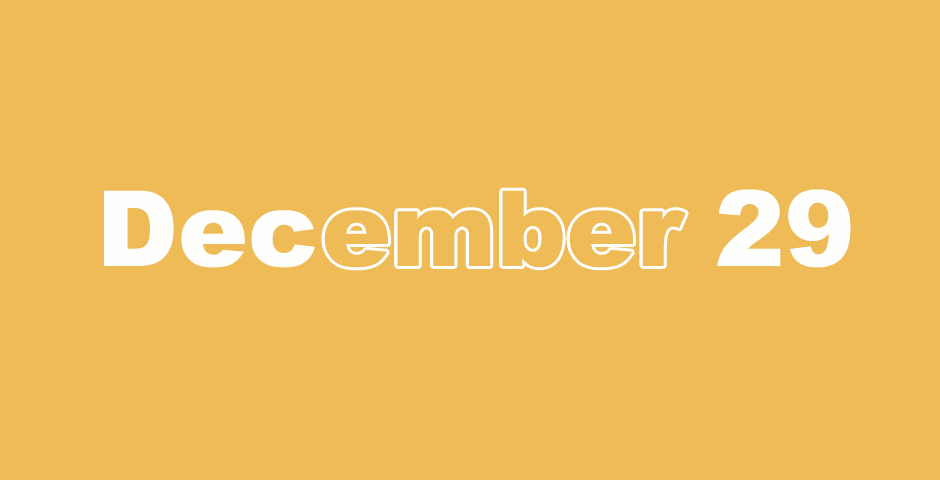 The Destroyers of Jerusalem Destroyed

1 A day of the Lord is coming, when your possessions will be divided as plunder in front of you. 2 For I will gather all nations against Jerusalem for battle, and the city will be taken, the houses pillaged, and the women raped. Half of the city will go into captivity. The remaining people will not be removed from the city.

3 Then the Lord will go out and fight against those nations, as when he fought in the day of battle. 4 On that day, his feet will stand on the Mount of Olives, which is before Jerusalem on the east, and the Mount of Olives will be split in two, from east to west, making a great valley. Half of the mountain will move toward the north, and half of it toward the south. 5 You shall flee by the valley of my mountains, for the valley of the mountains shall reach to Azel. Yes, you shall flee, just like you fled from before the earthquake in the days of Uzziah king of Judah. The Lord my God will come and all the holy ones with you.

6 It will happen on that day, that there will not be light, cold, or frost. 7 It will be a unique day which is known only to the Lord with neither day nor night, but it will come to pass that at evening time, it will be light.

8 It will happen on that day, that living waters will go out from Jerusalem: half toward the eastern sea and half toward the western sea, flowing throughout summer and winter.

9 The Lord will be King over all the earth. In that day the Lord will be one, and his name one. 10 All the land will be turned into a plain, like the Arabah, from Geba to Rimmon south of Jerusalem, but Jerusalem will be raised and inhabited in her place, from Benjamin’s gate to the place of the first gate, to the corner gate, and from the tower of Hananel to the king’s wine presses. 11 People will live within it, and there will no longer be any curse of utter destruction, but Jerusalem will dwell in safety.

13 It will happen on that day, that a great panic from the Lord will be among them, and they will each seize the hand of his neighbor and rise up against him.  14 Judah also will fight at Jerusalem, and the wealth of all the surrounding nations will be gathered together: gold and silver and clothing, in great abundance.  15 The same rotting plague will fall on the horse, the mule, the camel, the donkey, and on all the animals that will be in those camps.

All Nations will Worship the King

20 On that day there will be on the bells of the horses, “HOLY TO THE LORD”, and the cooking pots in the house of the Lord will be like the sacred bowls before the altar. 21 Yes, every pot in Jerusalem and in Judah will be holy to the Lord of Hosts, and all those who sacrifice will come and take them and cook in them. On that day there will no longer be a Canaanite in the house of the Lord of Hosts.

1 I saw an angel coming down out of heaven, having the key of the abyss and a great chain in his hand. 2 He seized the dragon, the old serpent, which is the devil and Satan, who deceives the whole inhabited earth, and bound him for a thousand years, 3 and cast him into the abyss, and shut it, and sealed it over him, that he should no longer deceive the nations, until the thousand years were finished. After this, he must be freed for a short time.

4 I saw thrones, and they sat on them, and judgment was given to them. I saw the souls of those who had been beheaded for the testimony of Jesus, and for the word of God, and who did not worship the beast nor his image, and did not receive the mark on their forehead and on their hand. They lived and reigned with Christ for a thousand years. 5 The rest of the dead did not come to life until the thousand years were finished. This is the first resurrection. 6 Blessed and holy is he who is a part of the first resurrection. Over these, the second death has no power, but they will be priests of God and of Christ, and will reign with him 1,000 years.

Satan Cast into the Lake of Fire

7 And after the thousand years, Satan will be released from his prison, 8 and he will come out to deceive the nations which are in the four corners of the earth, Gog and Magog, to gather them together to the war, the number of whom is like the sand of the sea.

9 They went up over the width of the earth, and surrounded the camp of the saints, and the beloved city. Fire came down from heaven from God and devoured them. 10 The devil who deceived them was thrown into the lake of fire and sulfur, where the beast and the false prophet are also. They will be tormented day and night forever and ever.

11 I saw a great white throne and him who sat on it, from whose face the earth and the heaven fled from his presence, and no place was found for them. 12 I saw the dead, the great and the small, standing before the throne, and they opened books. Another book was opened, which is the book of life. The dead were judged from the things which were written in the books, according to their deeds.

Praise the Lord from the Heavens 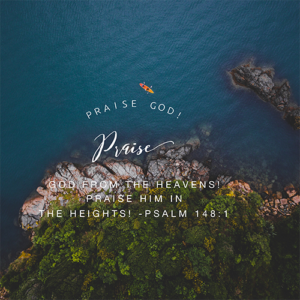 7 Praise the Lord from the earth,
you great sea creatures, and all depths,
8 lightning and hail, snow and clouds,
stormy wind, fulfilling his word,
9 mountains and all the hills,
fruit trees and all the cedars,
10 wild animals and all the livestock,
small creatures and flying birds,
11 kings of the earth and all peoples,
princes and all the judges of the earth,
12 both young men and maidens,
old men and children.

13 Let them praise the name of the Lord,
for his name alone is exalted.
His glory is above the earth and the heavens.
14 He has lifted up the horn of his people,
the praise of all his saints,
of the Israelites, a people near to him.

8 Open your mouth for the voiceless,
for the cause of all who are left destitute.
9 Open your mouth, judge righteously,
and serve justice to the poor and needy.”