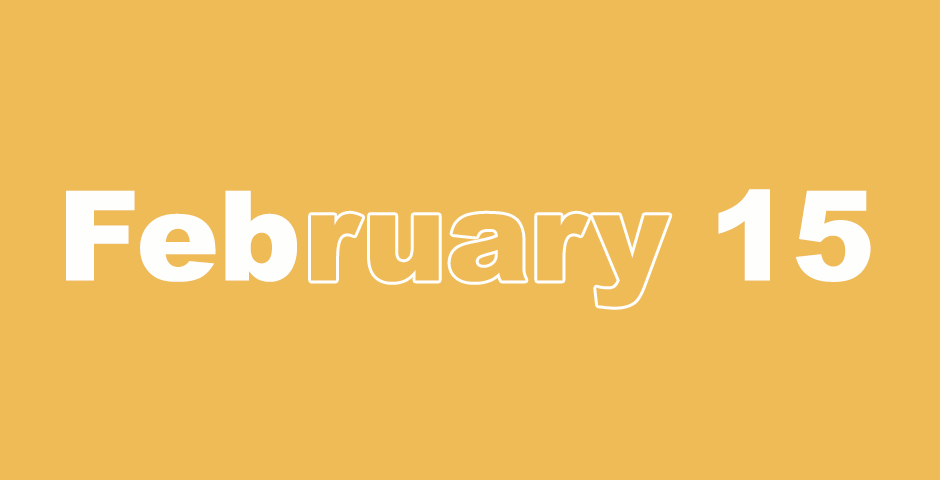 1 Of the blue, purple, and scarlet yarns, they made finely worked garments for ministering in the holy place and made the holy garments for Aaron, as the Lord commanded Moses.

2 He made the ephod of gold, blue, purple, scarlet, and finely woven linen. 3 They hammered the gold into thin sheets, and cut it into threads to be woven in with the blue, the purple, the scarlet yarn, and the fine linen, the work of the skillful designer.

4 They made shoulder straps for it, joined together at the two ends.

5 The skillfully woven band of the Ephod that was on it was of the same workmanship: of gold, blue, purple, and scarlet yarns, and finely woven linen, as the Lord commanded Moses.

6 They set the onyx stones, enclosed in settings of gold, they were engraved as signets are engraved, according to the names of the Israelites. 7 He put them on the shoulder straps of the ephod, to be memorial stones for the Israelites, as the Lord commanded Moses. 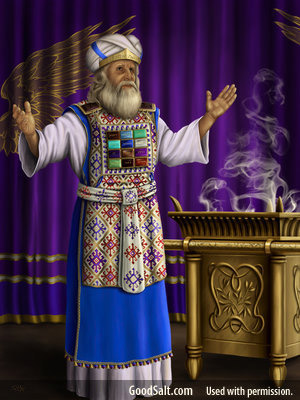 10 They set in it four rows of stones.
The first row was of ruby, topaz, and beryl;
11 and the second row, a turquoise, a sapphire, and an emerald;
12 and the third row, a jacinth, an agate, and an amethyst;
13 and the fourth row, a chrysolite, an onyx, and a jasper.
They were enclosed in gold settings.

14 There were twelve stones, each corresponding to the sons of Israel, engraved like a seal, according to each of the names of the twelve tribes of Israel.

19 They made two rings of gold and put them on the two ends of the breastplate, on the edge, which was on the inside edge next to the ephod.

22 He made the robe of the ephod of solid blue woven work. 23 The middle of the opening of the robe was like the opening of a coat of mail, with a binding around its opening that it would not be torn.

30 They made the plate of the holy crown of pure gold, and wrote on it an inscription, like the engravings of a signet:

31 They tied a blue lace to it, to fasten it on the turban above it, as the Lord commanded Moses.

32 Thus all the work of the tabernacle of the Tent of Meeting was finished. The Israelites had done everything. As the Lord commanded Moses, so they did.

33 They brought the tabernacle to Moses:

the tent, with all its furniture, its clasps, its boards, its bars, its pillars, its sockets,
34 the covering of rams’ skins dyed red, the covering of sea cow hides, the veil of the screen,
35 the ark of the covenant with its poles, the mercy seat,
36 the table, all its vessels, the show bread,
37 the pure lamp stand, its lamps, the lamps to be set in order, all its vessels, the oil for the light,
38 the golden altar, the anointing oil, the sweet incense, the screen for the door of the Tent,
39 the bronze altar, its grating of bronze, its poles, all of its vessels, the basin and its base,
40 the hangings of the court, its pillars, its sockets, the screen for the gate of the court, its cords, its pins, and all the instruments of the service of the tabernacle, for the Tent of Meeting,
41 the finely worked garments for ministering in the holy place, the holy garments for Aaron the priest, and the garments of his sons, to minister in the priest’s office.

The Tabernacle Set Up

12 “You shall bring Aaron and his sons to the door of the Tent of Meeting and shall wash them with water. 13 You shall put on Aaron the holy garments, and you shall anoint him and sanctify him, that he may minister as my priests. 14 You shall bring his sons and put tunics on them. 15 You shall anoint them, as you anointed their father, that they may minister as my priests. Their anointing shall be an everlasting priesthood throughout their generations.”

16 Moses did so. According to all that the Lord commanded him, so he did.

31 Moses, Aaron, and his sons washed their hands and their feet there. 32 When they went into the Tent of Meeting, and when they came near to the altar, they washed, as the Lord commanded Moses.

33 He raised up the court around the tabernacle and the altar and set up the screen of the gate of the court. So Moses finished the work.

1 The beginning of the Gospel of Jesus Christ, the Son of God. 2 As it is written in the prophets,

“I am sending my messenger ahead of you,
who will prepare your way before you:
3 the voice of one crying in the wilderness,
‘Make ready the way of the Lord!
Make his paths straight!’ ” a

4 John came baptizing in the wilderness and preaching the baptism of repentance for forgiveness of sins. 5 All the country of Judea and all those of Jerusalem went out to him. They were baptized by him in the Jordan river, confessing their sins.

6 John was clothed with camel’s hair and a leather belt around his waist. He ate locusts and wild honey. 7 He preached, saying, “After me comes he who is mightier than I, the strap of whose sandals I am not worthy to stoop down and loosen. 8 I baptized you with water, but he will baptize you with the Holy Spirit.”

The Baptism of Jesus

9 In those days, Jesus came from Nazareth of Galilee and was baptized by John in the Jordan. 10 Immediately coming up out of the water, he saw the heavens opened and the Spirit descending on him like a dove. 11 A voice came from heaven, saying, “You are my beloved Son, in whom I am well pleased.”

The Temptation of Jesus

12 Immediately the Spirit drove him out into the wilderness. 13 He was there in the wilderness 40 days, tempted by Satan. He was with the wild animals, and the angels ministered to him. 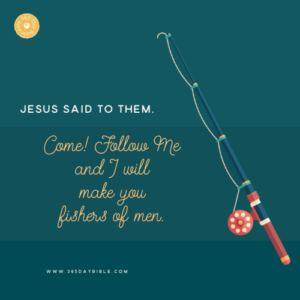 16 Now as he walked by the sea of Galilee, he saw Simon and Andrew, the brother of Simon, casting a net into the sea, for they were fishermen. 17 Jesus said to them, “Come! Follow me, and I will make you fishers of men.”

21 They went into Capernaum, and immediately on the Sabbath day he entered into the synagogue and taught. 22 They were astonished at his teaching, for he taught them as one that had authority and not as the scribes. 23 Immediately there was, in their synagogue, a man with an unclean spirit, and he cried out, 24 saying, “Let us alone. What do we have to do with you, Jesus, you Nazarene? Have you come to destroy us? I know you who you are: the Holy One of God!”

26 The unclean spirit, convulsing him and crying with a loud voice, came out of him. 27 They were all amazed so that they questioned among themselves, saying, “What is this? A new teaching? For with what authority does he command even the unclean spirits, and they obey him!” 28 And immediately his fame spread abroad throughout all the region around Galilee.

1 Plead my case, O Lord, with those who strive against me.
Fight against those who fight against me.
2 Take hold of shield and buckler
and rise up to help me.
3 Brandish the spear and block the way of those who pursue me.
Say to my soul, “I am your salvation.”

4 Let those who seek after me be confounded and put to shame.
Let those who plot my ruin be turned back and brought to confusion.
5 Let them be as chaff before the wind,
and let the angel of the Lord chase them.
6 Let their way be dark and slippery,
and let the angel of the Lord pursue them.
7 For without cause they have hidden their net in a pit for me.
Without cause they have dug a pit for me.
8 Let destruction come on him unawares.
Let his net that he has hidden catch him.
Let him fall into that very destruction.

9 I shall be joyful in the Lord.
I shall rejoice in his salvation.
10 All my bones shall say, “Lord, who is like you,
who delivers the poor from him who is too strong for him;
yes, the poor and the needy from him who robs him?”

11 False witnesses rise up.
They ask me about things that I do not know.
12 They reward me evil for good,
to the bereavement of my soul.
13 But as for me, when they were sick,
my clothing was sackcloth.
I afflicted my soul with fasting.
My prayer returned into my own bosom.
14 I behaved myself as though he had been my friend or my brother.
I was bowed down with grief, as one who mourns his mother.
15 But in my adversity, they rejoiced, and gathered together.
The attackers gathered themselves together against me, and I did not know it.
They tore at me and did not cease.
16 Like the hypocritical mockers in feasts,
they gnashed their teeth at me.

11 For by me your days will be multiplied.
The years of your life will be increased.
12 If you are wise, you are wise for yourself.
If you mock, you alone will bear it.