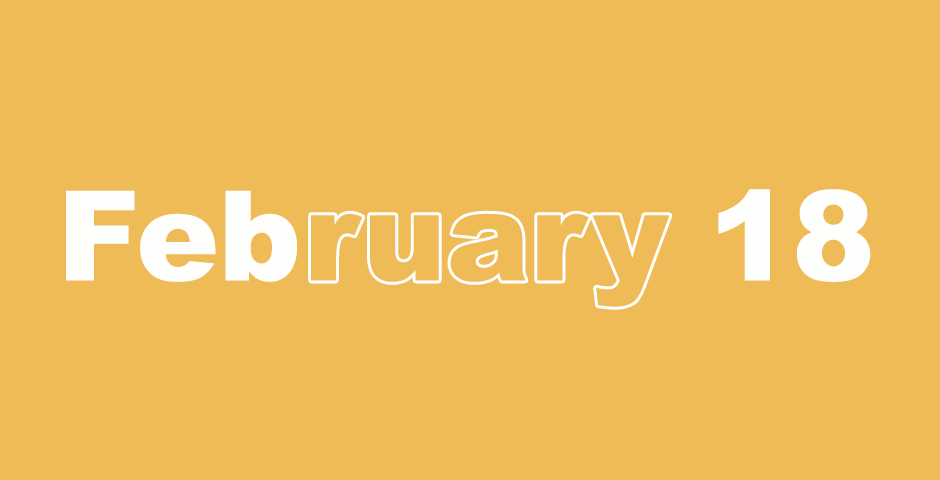 Delight yourself in the Lord, and he will give you the desires of your heart.  Psalm 34:7

1 The Lord spoke to Moses, saying, 2 “If anyone sins and commits a trespass against the Lord and deals falsely with his neighbor in a matter of deposit, or concerning a security, or robbery, or has oppressed his neighbor, 3 or has found that which was lost, and lied about it, and swearing to a lie—in any of these things that a man sins in his actions— 4 then it must be, if he has sinned and is guilty, he must restore that which he took by robbery, or that which he has gotten by oppression, or the deposit which was committed to him, or the lost thing which he found, 5 or anything about which he has sworn falsely. He must restore it in full and must add twenty percent more to it. He must return it to him to whom it belongs the day he is found guilty.

6 He must bring his trespass offering to the Lord: a ram without defect from the flock, according to your estimation, for a trespass offering, to the priest. 7 The priest must make atonement for him before the Lord, and he will be forgiven for anything at all that he has done in regard to this trespass.”

11 He must take off his garments and put on other garments and carry the ashes outside the camp to a clean place. 12 The fire on the altar must be kept burning. It must not go out, and the priest must burn wood on it every morning. He must lay the burnt offering on the fire and burn the fat portions of the peace offerings on it. 13 Fire must be kept burning on the altar continually. It must never go out.

16 That which is left of it Aaron and his sons must eat. It must be eaten without yeast in a holy place. They must eat it in the court of the Tent of Meeting. 17 It must not be baked with yeast. I have given it as their portion of my offerings made by fire. It is most holy, as are the sin offering and the trespass offering. 18 Every male among the children of Aaron must eat of it, as their portion forever throughout your generations, from the offerings of the Lord made by fire. Whoever touches them must be holy.’ ”

19 The Lord spoke to Moses, saying, 20 “This is the offering of Aaron and of his sons, which they must offer to the Lord on the day when he is anointed: two quarts of fine flour for a grain offering perpetually, half of it in the morning and half of it in the evening. 21 It must be made with oil in a griddle. When it is soaked, you must bring it in. You must offer the grain offering in baked pieces as a pleasing aroma to the Lord. 22 And the priest from among Aaron’s sons that is anointed in his place shall offer it as a statute forever to the Lord. It shall be completely burnt. 23 Every grain offering of a priest must be completely burnt. It must not be eaten.”

24 The Lord spoke to Moses, saying, 25 “Speak to Aaron and to his sons, saying, ‘This is the law of the sin offering: in the place where the burnt offering is slaughtered, the sin offering must be slaughtered before the Lord. It is most holy. 26 The priest who offers it for sin must eat it. It must be eaten in a holy place, in the court of the Tent of Meeting. 27 Whatever touches its flesh shall be holy. When there is any of its blood sprinkled on a garment, you must wash that on which it was sprinkled in a holy place.

28 But the earthen vessel in which it is boiled must be broken, and if it is boiled in a bronze vessel, it must be scoured, and rinsed in water. 29 Every male among the priests must eat of it. It is most holy. 30 No sin offering, of which any of the blood is brought into the Tent of Meeting to make atonement in the Holy Place, shall be eaten. It must be burned with fire.

1 “This is the law of the trespass offering: It is most holy. 2 In the place where they kill the burnt offering, the priest must kill the trespass offering, and he must sprinkle its blood around on the altar. 3 He must offer all of its fat: the fat tail, and the fat that covers the internal organs, 4 and he must take away the two kidneys, and the fat that is on them, which is by the loins, and the cover on the liver, with the kidneys; 5 and the priest must burn them on the altar as an offering made by fire to the Lord. It is a trespass offering. 6 Every male among the priests may eat of it. It must be eaten in a holy place. It is most holy.

7 As is the sin offering, so is the trespass offering; there is one law for them. The priest who makes atonement with it shall have it. 8 The priest who offers any man’s burnt offering must have for himself the skin of the burnt offering which he has offered. 9 Every grain offering that is baked in the oven, and all that is prepared in the pan and on the griddle, must be the priest’s who offers it. 10 Every grain offering, mixed with oil or dry, belongs to all the sons of Aaron, to one as much as the other.

16 But if the sacrifice of his offering is a vow, or a freewill offering, it must be eaten on the day that he offers his sacrifice. On the next day what remains of it must be eaten, 17 but what remains of the meat of the sacrifice on the third day must be burned with fire. 18 If any of the meat of the sacrifice of his peace offerings is eaten on the third day, it will not be accepted, and it must not be credited to him who offers it. It will be an abomination, and the person who eats any of it will bear his iniquity.

22 The Lord spoke to Moses, saying, 23 “Speak to the Israelites, saying, ‘You must eat no fat, of bull, or sheep, or goat. 24 The fat of that which dies of itself, and the fat of that which is torn of animals, may be used for any other service, but you must in no way eat of it. 25 For whoever eats the fat of the animal which men offer as an offering made by fire to the Lord, the one who eats it must be cut off from his people. 26 You must not eat any blood, whether it is of bird or of animal, in any of your dwellings. 27 Whoever it is who eats any blood, that person must be cut off from his people.’ ”

7 Jesus withdrew to the sea with his disciples, and a great multitude followed him from Galilee, Judea. 8 From Jerusalem, from Idumaea, beyond the Jordan, and those from around Tyre and Sidon, a great multitude, hearing what great things he did, came to him.

9 He spoke to his disciples that a little boat should stay near him because of the crowd, so that they would not press in on him. 10 For he had healed many, so all who had diseases pressed in on him, so they could touch him. 11 The unclean spirits, whenever they saw him, fell down before him, and cried, “You are the Son of God!”

12 He sternly warned them that they should not make him known.

13 He went up into the mountain, and called to himself those whom he wanted, and they went to him. 14 Then he appointed twelve, that they might be with him, and that he might send them out to preach, 15 and to have power to heal sicknesses and to cast out demons: 16 Simon (to whom he gave the name Peter); 17 James the son of Zebedee; and John, the brother of James (whom he called Boanerges, which means, Sons of Thunder); 18 Andrew; Philip; Bartholomew; Matthew; Thomas; James, the son of Alphaeus; Thaddaeus; Simon the Zealot; 19 and Judas Iscariot, who also betrayed him. Then they went into a house.

20 The multitude came together again, so that they could not so much as eat bread. 21 When his own people heard it, they went out to seize him, for they said, “He is out of his mind.” 22 The scribes who came down from Jerusalem said, “He has Beelzebul,” and, “By the prince of the demons he casts out the demons.”

23 He summoned them and said to them in parables, “How can Satan cast out Satan? 24 If a kingdom is divided against itself, that kingdom cannot stand. 25 If a house is divided against itself, that house cannot stand. 26 If Satan has risen up against himself, and is divided, he cannot stand; his end is coming.  27 But no one can enter into the house of the strong man to plunder unless he first binds the strong man, then he will plunder his house.

28 Most certainly I tell you, all will be forgiven of the sons of men, including the blasphemies which they may utter, 29 but whoever may blaspheme against the Holy Spirit never has forgiveness, but is subject to eternal condemnation,” 30  because they were saying, “He has an unclean spirit.”

31 His mother and his brothers came, and standing outside, they sent to him, calling him. 32 A multitude was sitting around him, and they told him, “Your mother, your brothers, and your sisters are outside looking for you.”

Do Not Fret because of Evildoers 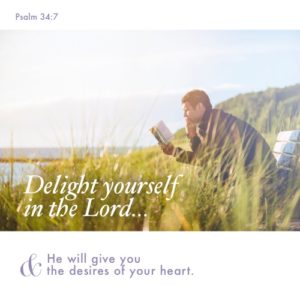 1 Do not fret because of evildoers,
nor be envious against the workers of iniquity.
2 For they shall soon be cut down like the grass,
and wither like the green herb.

3 Trust in the Lord and do good.
Dwell in the land, and you shall indeed be fed.
4 Delight yourself in the Lord,
and he will give you the desires of your heart.

5 Commit your way to the Lord.
Trust also in him, and he shall bring it to pass:
6 he will make your righteousness shine out like the dawn
and your justice like the noonday sun.
7 Rest in the Lord and wait patiently for him.
Do not fret because of him who prospers in his way,
because of the man who brings wicked schemes to pass.

8 Cease from anger and forsake wrath.
Do not fret, which only leads to harm.
9 For evildoers shall be cut off,
but those who wait on the Lord shall inherit the land.

10 For yet a little while, and the wicked shall be no more.
Indeed, though you search for his place, he shall not be there.
11 But the humble shall inherit the earth
and shall delight themselves in the abundance of peace.

3 The Lord will not allow the righteous to famish,
but he casts away the desires of the wicked.
4 He that works with a slack hand becomes poor,
but the hand of the diligent brings wealth.