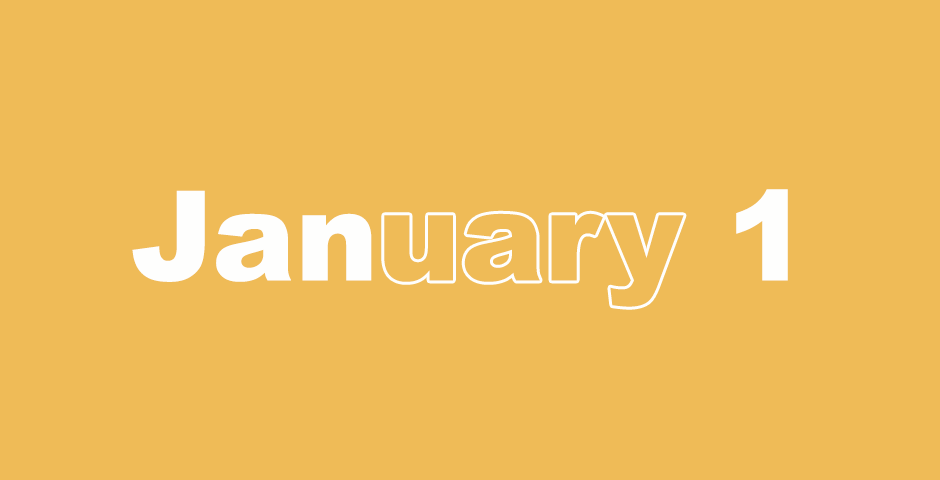 3 God said, “Let there be light,” and there was light. 4 God saw that the light was good, and God divided the light from the darkness. 5 God called the light “day”, and the darkness he called “night”.

There was evening and there was morning, the first day.

There was evening and there was morning, a second day.

9 God said, “Let the waters under the sky be gathered together to one place, and let the dry land appear;” and it was so. 10 God called the dry land “earth”, and the gathering together of the waters he called “seas”. God saw that it was good.

13 There was evening and there was morning, a third day.

17 God set them in the expanse of the sky to give light to the earth, 18 and to rule over the day and over the night, and to divide the light from the darkness. God saw that it was good.

19 There was evening and there was morning, a fourth day.

The Fifth Day: Fish and Birds

22 God blessed them, saying, “Be fruitful, and multiply, and fill the waters in the seas, and let birds multiply on the earth.”

23 There was evening and there was morning, a fifth day.

The Sixth Day: Creatures on Land 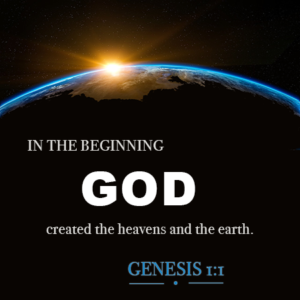 26 God said, “Let’s make man in our image, after our likeness. Let them have dominion over the fish of the sea, and over the birds of the sky, and over the livestock, and over all the earth, and over every creeping thing that creeps on the earth.”

27 God created man in his own image.
In God’s image he created him;
male and female he created them.

28 God blessed them. God said to them, “Be fruitful, multiply, fill the earth, and subdue it. Have dominion over the fish of the sea, over the birds of the sky, and over every living thing that moves on the earth.”

31 God saw everything that he had made, and it was very good.

There was evening and there was morning, a sixth day.

3 God blessed the seventh day, and made it holy, because he rested in it from all his work of creation which he had done.

The Creation of Man

4 This is the history of the generations of the heavens and of the earth when they were created, in the day that the Lord God made the earth and the heavens.

7 The Lord God formed man from the dust of the ground, and breathed into his nostrils the breath of life; and man became a living soul.

The Planting of the Garden

8 The Lord God planted a garden toward the east, in Eden, and there he put the man whom he had formed. 9 Out of the ground the Lord God made every tree to grow that is pleasing to look upon, and good for food, including the tree of life in the middle of the garden and the tree of the knowledge of good and evil.

10 A river went out of Eden to water the garden; and from there it was parted, and became the source of four rivers.

11 The name of the first is Pishon: it flows through the whole land of Havilah, where there is gold; 12 and the gold of that land is good. Bdellium and onyx stone are also there.

13 The name of the second river is Gihon. It is the same river that flows through the whole land of Cush.

14 The name of the third river is Hiddekel. This is the one which flows in front of Assyria.

The fourth river is the Euphrates.

15 The Lord God took the man, and put him into the garden of Eden to cultivate and keep it.

16 The Lord God commanded the man, saying, “You may freely eat of every tree of the garden; 17 but you shall not eat of the tree of the knowledge of good and evil; for on the day that you eat of it, you will surely die.”

18 The Lord God said, “It is not good for man to be alone. I will make him a helper comparable to him.”

19 Out of the ground the Lord God formed every animal of the field, and every bird of the sky, and brought them to the man to see what he would call them. Whatever the man called every living creature became its name. 20 The man gave names to all livestock, and to the birds of the sky, and to every animal of the field; but for man there was not found a helper comparable to him.

21 The Lord God caused the man to fall into a deep sleep. As the man slept, he took one of his ribs, and closed up the flesh in its place. 22 The Lord God made a woman from the rib which he had taken from the man, and brought her to the man.

“This is now bone of my bones,
and flesh of my flesh.
She will be called ‘woman,’
because she was taken out of Man.”

24 Therefore a man will leave his father and his mother, and will join with his wife, and they will be one flesh.

25 The man and his wife were both naked, and they were not ashamed.

David became the father of Solomon by the woman who had been Uriah’s wife.

12 After the exile to Babylon,

18 Now the birth of Jesus Christ was like this:

After his mother, Mary, was engaged to Joseph, before they came together, she was found pregnant by the Holy Spirit. 19 Joseph, her husband, being a righteous man, and not willing to make her a public example, intended to divorce her in secret.

20 But when he thought about these things, an angel of the Lord appeared to him in a dream, saying, “Joseph, son of David, do not be afraid to take to yourself Mary, your wife, for that which is conceived in her is of the Holy Spirit. 21 She shall give birth to a son. You shall name him Jesus, for it is he who shall save his people from their sins.”

22 Now all this has happened that it might be fulfilled which was spoken by the Lord through the prophet, saying,

23 “The virgin shall be with child,
and shall give birth to a son.
They shall call his name Immanuel;”
which is, being interpreted, “God with us.”

1 Blessed is the man who does not walk in the counsel of the wicked,
nor stand on the path of sinners,
nor sit in the seat of scoffers;
2 but his delight is in the law of the Lord.
On his law he meditates day and night.
3 He will be like a tree planted by the streams of water,
that produces its fruit in its season,
whose leaf also does not wither.
Whatever he does shall prosper.

1 The proverbs of Solomon, the son of David, king of Israel:
2 To know wisdom and instruction;
to discern the words of understanding;
3 to receive instruction in wise dealing,
in righteousness, justice, and equity;
4 to give prudence to the simple,
knowledge and discretion to the young man:
5 that the wise man may hear, and increase in learning;
that the man of understanding may gain wise counsel:
6 to understand a proverb, and parables,
the words and riddles of the wise.