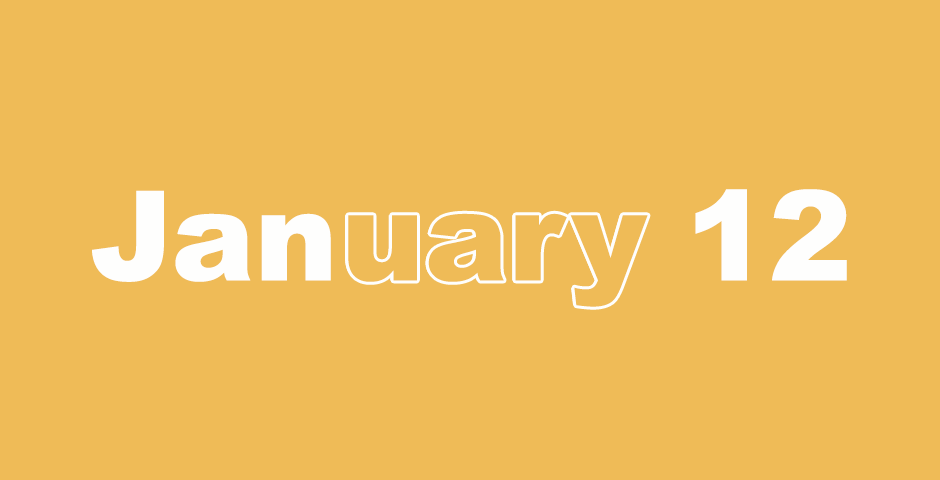 1 There was a famine in the land, in addition to the first famine that was in the days of Abraham. Isaac went to Abimelech king of the Philistines, to Gerar.

6 Isaac lived in Gerar. 7 The men of the place asked him about his wife. He said, “She is my sister,” for he was afraid to say, “my wife”, lest, he thought, “the men of the place might kill me for Rebekah, because she is beautiful to look at.” 8 When Isaac had been there a long time, Abimelech king of the Philistines looked out from a window and saw that Isaac was caressing Rebekah, his wife. 9 Abimelech called Isaac and said, “Surely she is your wife! Why did you say, ‘She is my sister?’ ”

10 Abimelech said, “What is this you have done to us? One of the people might easily have lain with your wife, and you would have brought guilt on us!”

11 Abimelech commanded all the people, saying, “He who touches this man or his wife will surely be put to death.”

12 Isaac sowed in that land and reaped in the same year 100 times what he planted. The Lord blessed him. 13 The man grew greater and greater until he became very mighty. 14 He had possessions of flocks, possessions of herds, and a great household. The Philistines envied him.

15 The Philistines stopped up all the wells which his father’s servants had dug in the days of Abraham his father, filling them with dirt. 16 Abimelech said to Isaac, “Go away from us, for you are much mightier than we.”

17 Isaac departed from there, encamped in the valley of Gerar, and lived there.

18 Isaac reopened the wells of water, which they had dug in the days of Abraham his father, for the Philistines had stopped them after the death of Abraham. He gave them the same names that his father had named them. 19 Isaac’s servants dug in the valley and found there a well of spring water. 20 The herdsmen of Gerar argued with Isaac’s herdsmen, saying, “The water is ours.” He called the well Esek, because they contended with him. 21 They dug another well, and they argued over that one as well. He named it Sitnah. 22 He left that place and dug another well. They did not argue over that one. He called it Rehoboth. He said, “For now the Lord has made room for us, and we will be fruitful in the land.”

23 He went up from there to Beersheba. 24 The Lord appeared to him the same night, and said, “I am the God of Abraham your father. Do not be afraid, for I am with you and will bless you and multiply your offspring for my servant Abraham’s sake.”

25 He built an altar there and called on the name of the Lord and pitched his tent there. There Isaac’s servants dug a well.

26 Then Abimelech went to him from Gerar and Ahuzzath his friend and Phicol the captain of his army. 27 Isaac said to them, “Why have you come to me, since you hate me and have sent me away from you?”

28 They said, “We saw clearly that the Lord was with you. We said, ‘Let there now be an oath between us, between us and you, and let us make a covenant with you, 29 that you will do us no harm, as we have not touched you, and as we have done to you nothing but good and have sent you away in peace.’ You are now the blessed of the Lord.”

30 He gave them a feast, and they ate and drank. 31 They rose up some time in the morning and swore an oath to one another. Isaac sent them away, and they departed from him in peace. 32 The same day, Isaac’s servants came and told him concerning the well which they had dug and said to him, “We have found water.” 33 He called it “Shibah”. Therefore the name of the city is “Beersheba” to this day.

1 When Isaac was old, and his eyes were weak so that he could not see, he called Esau his elder son and said to him, “My son?”

2 He said, “See now, I am old. I don’t know the day of my death. 3 Now therefore, please take your weapons, your quiver and your bow, and go out to the field and get some wild game for me. 4 Make me some savory food that I love and bring it to me, that I may eat, and that I may bless you before I die.”

5 Rebekah heard when Isaac spoke to Esau his son. Esau went to the field to hunt for game and to bring it back. 6 Rebekah spoke to Jacob her son, saying, “I heard your father speak to Esau your brother, saying, 7 ‘Bring me wild game and make me savory food so that I may eat and bless you in the presence of the Lord before my death.’ 8 Now therefore, my son, obey my voice according to that which I am commanding you. 9 Go now to the flock and get for me, two good young goats from there. I will make savory food for your father, that he loves. 10 You shall bring it to your father, that he may eat, so that he may bless you before his death.”

11 Jacob said to Rebekah his mother, “Esau my brother is a hairy man, and I am a smooth man. 12 What if my father touches me? I would appear to him to be a deceiver and would bring a curse on myself, and not a blessing.”

14 He went, and got them, and brought them to his mother. His mother made savory food, such as his father loved. 15 Rebekah took the good clothes of Esau, her elder son, which were with her in the house, and put them on Jacob, her younger son. 16 She put the skins of the young goats on his hands and on the smooth of his neck. 17 She put the savory food and the bread, which she had prepared, into the hands of her son Jacob.

19 Jacob said to his father, “I am Esau your firstborn. I have done what you asked me to do. Please get up, sit and eat of my wild game, that you may bless me.”

20 Isaac said to his son, “How is it that you have found it so quickly, my son?”

He said, “Because the Lord your God gave me success.”

21 Isaac said to Jacob, “Please come near so that I may feel you, my son, whether you are really my son Esau or not.”

22 Jacob went near to Isaac his father. He felt him, and said, “The voice is Jacob’s voice, but the hands are the hands of Esau.” 23 He did not recognize him because his hands were hairy, like his brother, Esau’s hands. So he blessed him. 24 He said, “Are you really my son Esau?”

He brought it near to him, and he ate. He brought him wine, and he drank. 26 His father Isaac said to him, “Come near now and kiss me, my son.”

27 He came near and kissed him. He smelled the scent of his clothing and blessed him and said,

“The scent of my son
is as the scent of a field which the Lord has blessed.

28 May God give you from the dew of the sky,
and the richness of the earth,
plenty of grain and new wine.

30 As soon as Isaac had finished blessing Jacob, and Jacob had just left the presence of Isaac his father, Esau his brother came in from hunting. 31 He also made savory food and brought it to his father. He said to his father, “Let my father get up and eat of his son’s venison, that you may bless me.”

He said, “I am your son, your firstborn, Esau.”

33 Isaac trembled violently and said, “Who, then, is he who has taken wild game and brought it to me, and I have eaten all of it before you came and have blessed him? Yes, he will be blessed.”

34 When Esau heard the words of his father, he cried out loudly and bitterly and said to his father, “Bless me–me also–my father.”

35 He said, “Your brother came with deceit and has taken away your blessing.”

36 He said, “Isn’t he appropriately named Jacob? For he has cheated me twice now. He took away my birthright. See, now he has taken away my blessing.” He said, “Haven’t you reserved a blessing for me?”

37 Isaac answered Esau, “I have made him your lord, and all his brothers, I have given to him for servants. I have sustained him with grain and new wine. What then will I do for you, my son?”

38 Esau said to his father, “Do you have just one blessing, my father? Bless me, me also, my father.” Esau raised his voice, and wept.

39 Isaac his father answered him,

“Your dwelling will be away from of the richness of the earth
and the dew of the sky above.

40 You will live by your sword, and you will serve your brother.
It will happen, when you break loose,
that you will shake his yoke from your neck.”

41 Esau hated Jacob because of the blessing with which his father blessed him. Esau said in his heart, “The days of mourning for my father are at hand. Then I will kill my brother Jacob.”

42 The words of Esau, her elder son, were told to Rebekah. She sent for Jacob, her younger son, and said to him, “Your brother Esau consoles himself over you by planning to kill you. 43 Now therefore, my son, obey me. Get up and flee to Laban, my brother, in Haran. 44 Stay with him a few days, until your brother’s fury abates— 45 until your brother’s anger turns from you, and he forgets what you have done to him. Then I will send for you and get you from there. Why should I be bereaved of you both in one day?”

1 He entered into a boat and crossed over to the other side and came into his own city.

2 They brought to him a man who was paralyzed, lying on a bed. Jesus, seeing their faith, said to the paralytic, “Son, cheer up! Your sins are forgiven.”

3 Some of the scribes said to themselves, “This man blasphemes.”

4 Jesus, knowing their thoughts, said, “Why are you pondering evil in your hearts? 5 For which is easier, to say, ‘Your sins are forgiven,’ or to say, ‘Get up and walk?’ 6 But that you may know that the Son of Man has authority on earth to forgive sins-” (then he said to the paralytic), “Get up and take up your mat and go to your house.”

7 He arose and departed to his house. 8 But when the crowds saw it, they marveled and glorified God, who had given such authority to men. 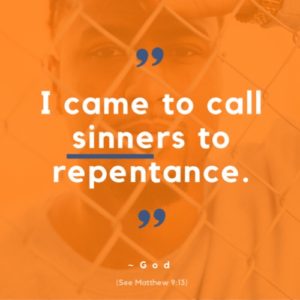 9 As Jesus passed by from there, he saw a man named Matthew sitting at the tax collection office. He said to him, “Follow me.” He got up and followed him.

12 When Jesus heard it, he said to them, “Those who are healthy have no need for a physician, but those who are sick do. 13 But go and learn what this means: ‘I desire mercy, and not sacrifice,’ for I came not to call the righteous, but sinners to repentance.”

14 Then John’s disciples came to him, saying, “Why do we and the Pharisees fast often, but your disciples don’t fast?”

16 The Lord is King forever and ever!
The nations will perish from his land.
17 Lord, you have heard the desires of the humble.
You will prepare their heart.
You will cause your ear to hear,
18 to judge the fatherless and the oppressed,
that man who is of the earth may terrify no more.

9 Honor God with your possessions,
with the first fruits of all your harvest:
10 so your barns will be filled with plenty,
and your vats will overflow with new wine.