1 When Rachel saw that she was not bearing Jacob children, Rachel envied her sister. She said to Jacob, “Give me children, or else I will die.”

2 Jacob was angry with Rachel, and he said, “Am I in God’s place, who has withheld children from your womb?”

3 She said, “Here is my maid, Bilhah. Sleep with her, that she may bear children for me, and I also may build a family through her.”

4 She gave him Bilhah her servant as a wife, and Jacob slept with her. 5 Bilhah conceived, and bore Jacob a son. 6 Rachel said, “God has judged me, and has also heard my voice, and has given me a son.” Therefore she named him Dan.

7 Bilhah, Rachel’s servant, conceived again, and bore Jacob a second son. 8 Rachel said, “In a great struggle, I have wrestled with my sister and have prevailed.” She named him Naphtali.

14 During wheat harvest, Reuben went out and found mandrakes in the field, and brought them to his mother, Leah. Then Rachel said to Leah, “Please give me some of your son’s mandrakes.”

15 Leah said to her, “Is it a small matter that you have taken my husband? Would you take my son’s mandrakes, as well?”

Rachel said, “Therefore he will lie with you tonight for your son’s mandrakes.”

16 Jacob came from the field in the evening, and Leah went out to meet him, and said, “You must sleep with me; for I have surely hired you with my son’s mandrakes.”

He lay with her that night.

17 God listened to Leah, and she conceived, and bore Jacob a fifth son. 18 Leah said, “God has rewarded me, because I gave my servant to my husband.” She named him Issachar. 19 Leah conceived again, and bore a sixth son to Jacob. 20 Leah said, “God has endowed me with a good reward. Now my husband will honor me, because I have borne him six sons.” She named him Zebulun. 21 Afterwards, she bore a daughter, and named her Dinah.

22 Then God remembered Rachel, and listened to her, and opened her womb. 23 She conceived, bore a son, and said, “God has taken away my reproach.” 24 She named him Joseph, saying, “May the Lord add another son to me.”

25 When Rachel had borne Joseph, Jacob said to Laban, “Send me away, that I may go to my own place, and to my own country. 26 Give me my wives and my children for whom I have served you, and let me go; for you know the service which I have provided to you.”

27 Laban said to him, “If now I have found favor in your eyes, stay here, for I have learned by divination that God has blessed me because of you.” 28 He said, “Tell me your wages, and I will give it.”

29 Jacob said to him, “You know how I have served you, and how your livestock have fared with me. 30 For you had little before I came, and it has increased into a multitude. The Lord has blessed you wherever I turned. Now when will I begin providing for my own house also?”

Jacob said, “You shall not give me anything. If you will do this one thing for me, I will continue feeding and keeping your flock. 32 I will go through all of your flock today, removing from them every speckled and spotted one, and every black one among the sheep, and the spotted and speckled among the goats. These will be my wages. 33 So my righteousness will answer for me hereafter, when this shall come up before you, concerning my wages: every one of them that is not speckled and spotted among the goats, and black among the sheep, that might be with me, will be considered stolen.”

34 Laban said, “Let it be according to your word.”

36 He set three days’ journey between himself and Jacob, and Jacob fed the rest of Laban’s flocks.

37 Jacob took rods of fresh poplar, almond, and plane tree, peeled white streaks in them, and made the white appear which was in the rods. 38 He set the rods which he had peeled opposite the flocks in the watering troughs where the flocks came to drink. They conceived when they came to drink. 39 The flocks conceived before the rods, and the flocks produced streaked, speckled, and spotted offspring.

40 Jacob separated the lambs, and set the faces of the flocks toward the streaked ones and all the black ones in Laban’s flock. He set his own flocks apart, and did not put them into Laban’s flock. 41 Whenever the stronger of the flock conceived, Jacob laid the rods in front of the eyes of the flock in the watering troughs, that they might conceive among the rods; 42 but when the flock were feeble, he did not put them in. So the feebler ones were Laban’s, and the stronger Jacob’s.

43 Jacob increased greatly, and had large flocks, female servants and male servants, and camels and donkeys.

1 He called his twelve disciples to himself, and gave them authority over unclean spirits, to cast them out, and to heal every disease and every sickness. 2 Now the names of the twelve apostles are these:

5 Jesus sent these twelve out, and commanded them, saying, “Do not go among the Gentiles, and do not enter into any city of the Samaritans. 6 Rather, go to the lost sheep of the house of Israel. 7 As you go, preach, saying, ‘The Kingdom of Heaven is at hand!’ 8 Heal the sick, cleanse the lepers, and cast out demons. Freely you received, so freely give.

9 Do not take any gold, silver, or brass in your money belts. 10 Take no bag for your journey, neither two coats, nor sandals, nor staff: for the laborer is worthy of his food.

11 In whatever city or village you enter, find out who within it is worthy; and stay there until you go on. 12 As you enter into the household, greet them. 13 If the household is worthy, let your peace come on it, but if it is not worthy, let your peace return to you. 14 Whoever does not receive you, nor hear your words, as you go out of that house or that city, shake the dust off your feet. 15 Most certainly I tell you, it will be more tolerable for the land of Sodom and Gomorrah in the day of judgment than for that city.

16 “I am sending you out as sheep among wolves. Therefore be wise as serpents, and harmless as doves. 17 But beware of men: for they will deliver you up to councils, and in their synagogues they will scourge you. 18 Yes, and you will be brought before governors and kings for my sake, as a testimony to them and to the nations. 19 But when they deliver you up, do not be anxious about how or what you will say, for it will be given you in that hour what you will say. 20 For it is not you who speak, but the Spirit of your Father who speaks in you.

21 “Brother will deliver up brother to death, and the father his child. Children will rise up against parents, and cause them to be put to death. 22 You will be hated by all men for my name’s sake, but he who endures to the end will be saved.

23 But when they persecute you in this city, flee into the next, for most certainly I tell you, you will not have gone through the cities of Israel until the Son of Man has come.

1 Help, Lord; the godly man ceases to exist.
For the faithful have vanished from mankind.
2 Everyone lies to his neighbor.
They speak with flattering lips, and with a double heart.
3 May the Lord cut off all flattering lips,
and the tongue that boasts,
4 who have said, “With our tongue we will prevail.
Our lips are our own.
Who is lord over us?”

5 “Because of the oppression of the weak and because of the groaning of the needy,
I will now arise,” says the Lord;
“I will set him in safety from those who malign him.”

6 The words of the Lord are flawless,
as silver refined in a clay furnace, purified seven times.
7 You will protect us, Lord.
You will protect us from this generation forever.
8 The wicked walk on every side,
when what is vile is exalted among the sons of men. 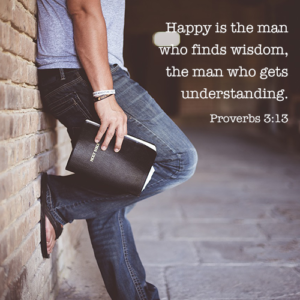 13 Happy is the man who finds wisdom,
the man who gets understanding.
14 For her good profit is better than getting silver,
and her return is better than fine gold.
15 She is more precious than rubies.
None of the things you can desire are to be compared to her.