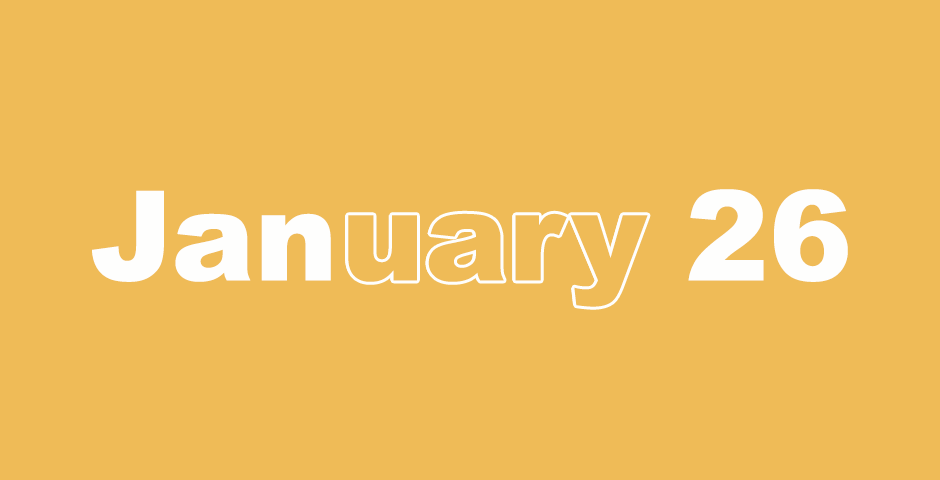 Our fathers trusted in you. They trusted, and you delivered them. Psalm 22:4

The Israelites Increase in Egypt

1 Now these are the names of the descendants of Israel, who came to Egypt (every man and his household came with Jacob):

5 All the people who came from Jacob’s body were 70.  Joseph was already in Egypt. 6 Joseph died, as did all his brothers, and all of that generation. 7 The Israelites were fruitful, and increased abundantly, and multiplied, and grew exceedingly mighty; and the land was filled with them.

8 Now there arose a new king over Egypt who did not know Joseph. 9 He said to his people, “The Israelite people are more numerous and mightier than we. 10 Come, let us deal shrewdly with them, lest they multiply when any war breaks out, and join with our enemies and fight against us, and escape out of the land.”

11 Therefore they set taskmasters over them to afflict them with their burdens. They built storage cities for Pharaoh: Pithom and Raamses. 12 But the more they afflicted them, the more they multiplied and the more they spread out. They started to dread the Israelites.

13 The Egyptians made the Israelites serve rigorously, 14 and they made their lives bitter with hard service in mortar and in brick, and in all kinds of work in the field. The Egyptians were ruthless in making them serve in all this work.

15 The king of Egypt spoke to the Hebrew midwives, one of whom was named Shiphrah, the other, Puah, 16 and he said, “When you perform the duty of a midwife to the Hebrew women, and see them on the birth stool, if it is a son, then you shall kill him; but if it is a daughter, then she shall live.”

19 The midwives said to Pharaoh, “Because the Hebrew women aren’t like the Egyptian women; for they are vigorous and give birth before the midwife comes to them.”

20 God was good to the midwives, and the people multiplied and grew very mighty. 21 Because the midwives feared God, he gave them families. 22 Pharaoh commanded all of his people, “You shall throw every son that is born into the river, and you shall let every daughter live.”

1 A man of the house of Levi took a daughter of Levi as his wife. 2 The woman conceived and bore a son. When she saw that he was a fine child, she hid him three months.

3 When she could no longer hide him, she took a papyrus basket for him, and coated it with tar and with pitch. She put the child in it and laid it in the reeds by the river’s bank. 4 His sister stood far off to see what would be done to him.

5 Pharaoh’s daughter came down to bathe at the river. Her maidens walked along by the riverside. She saw the basket among the reeds and sent her servant to get it. 6 She opened it and saw the child, and the baby cried. She had compassion on him and said, “This is one of the Hebrews’ children.”

7 Then his sister said to Pharaoh’s daughter, “Should I go and call a nurse for you from the Hebrew women, that she may nurse the child for you?”

8 Pharaoh’s daughter said to her, “Go.” The young woman went and called the child’s mother.

9 Pharaoh’s daughter said to her, “Take this child away and nurse him for me, and I will give you your wages.” The woman took the child and nursed it.

10 The child grew, and she brought him to Pharaoh’s daughter, and he became her son. She named him Moses and said, “Because I drew him out of the water.”

11 In those days, when Moses had grown up, he went out to his brothers and saw their burdens. He saw an Egyptian striking a Hebrew, one of his brothers. 12 He looked both ways, and when he saw that there was no one, he killed the Egyptian and hid him in the sand.

13 He went out the second day, and two of the Hebrew men were fighting with each other. He said to the one who was in the wrong, “Why are you attacking your fellow Hebrew?”

14 He said, “Who made you a leader and a judge over us? Do you plan to kill me, as you killed the Egyptian?”

Moses was afraid, and said, “Surely this incident is known.”

15 Now when Pharaoh heard of this, he sought to kill Moses. But Moses fled from the face of Pharaoh, and lived in the land of Midian, and he sat down by a well.

16 Now the priest of Midian had seven daughters. They came and drew water, and filled the troughs to water their father’s flock. 17 The shepherds came and drove them away; but Moses stood up and helped them and watered their flock. 18 When they came to Reuel, their father, he said, “How is it that you have returned so early today?”

19 They said, “An Egyptian delivered us from the hand of the shepherds, and he even drew water for us, and watered the flock.”

20 He said to his daughters, “Where is he? Why is it that you have left the man? Call him, that he may eat bread.”

21 Moses was content to dwell with the man. He gave Moses Zipporah, his daughter. 22 She bore a son, and he named him Gershom, for he said, “I have lived as a foreigner in a foreign land.”

God Hears the Cry of the Israelites

24 God heard their groaning, and God remembered his covenant with Abraham, with Isaac, and with Jacob. 25 God saw the Israelites, and God was concerned about them.

14 When they came to the multitude, a man came to him, kneeling down to him, and saying, 15 “Lord, have mercy on my son, for he is epileptic, and suffers grievously; for he often falls into the fire, and often into the water. 16 So I brought him to your disciples, and they could not cure him.”

19 Then the disciples came to Jesus privately, and said, “Why weren’t we able to cast it out?”

20 He said to them, “Because of your unbelief. For most certainly I tell you, if you have faith like a grain of mustard seed, you will tell this mountain, ‘Move from here to there,’ and it will move; and nothing will be impossible for you. 21 But this kind does not go out except by prayer and fasting.”

22 While they were staying in Galilee, Jesus said to them, “The Son of Man is about to be delivered into the hands of men, 23 and they will kill him, and the third day he will be raised up.”

They were deeply grieved.

24 When they had come to Capernaum, those who received tribute money came to Peter and said, “Doesn’t your teacher pay the temple tax?” 25 He said, “Yes.”

When he came into the house, Jesus anticipated him, saying, “What do you think, Simon? From whom do the kings of the earth receive tariff or taxes? From their children or from strangers?”

26 Peter said to him, “From strangers.”
Jesus said to him, “Therefore the children are exempt. 27 But, lest we cause them to stumble, go to the sea, cast a hook, and take up the first fish that comes up. When you have opened its mouth, you will find a coin. Take that, and give it to them for you and me.” 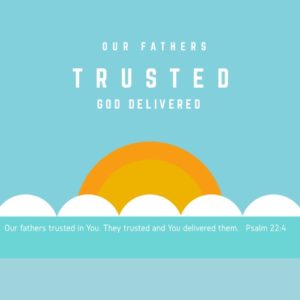 For the Chief Musician; set to “The Doe of the Morning.” A Psalm by David.

1 My God, my God, why have you forsaken me?
Why are you so far from helping me, and from the words of my groaning?
2 My God, I cry in the daytime, but you do not answer;
in the night, and find no rest.

6 But I am a worm, and no man;
a reproach of men, and despised by the people.
7 All those who see me mock me.
They insult me with their lips. They shake their heads, saying,
8 “He trusts in the Lord.
Let him deliver him.
Let the Lord rescue him, since he delights in him.”

9 But you brought me out of the womb.
You made me trust while at my mother’s breasts.
10 I was thrown on you from my mother’s womb.
You have been my God since my mother bore me.
11 Do not be far from me, for trouble is near.
For there is no one to help.

12 Many bulls have surrounded me.
Strong bulls of Bashan have encircled me.
13 They open their mouths wide against me,
lions tearing prey and roaring.
14 I am poured out like water.
All my bones are out of joint.
My heart is like wax.
It melts within me.
15 My strength is dried up like a potsherd.
My tongue sticks to the roof of my mouth.
You have brought me into the dust of death.

16 For dogs have surrounded me.
A company of evildoers have enclosed me.
They have pierced my hands and feet.
17 I can count all of my bones.
They look and stare at me.
18 They divide my garments among them.
They cast lots for my clothing.

7 Now therefore, my sons, listen to me.
Do not depart from the words of my mouth.
8Remove your way far from her.
Do not come near the door of her house,
9 lest you give your honor to others,
and your years to the cruel one;
10 lest strangers feast on your wealth,
and your labors enrich another man’s house.

11 You will groan at the end of your life,
when your flesh and your body are consumed,
12 and say, “How I have hated instruction,
and my heart despised reproof;
13 neither have I obeyed the voice of my teachers,
nor turned my ear to those who instructed me!
14 I have come to the brink of utter ruin,
among the gathered assembly.”