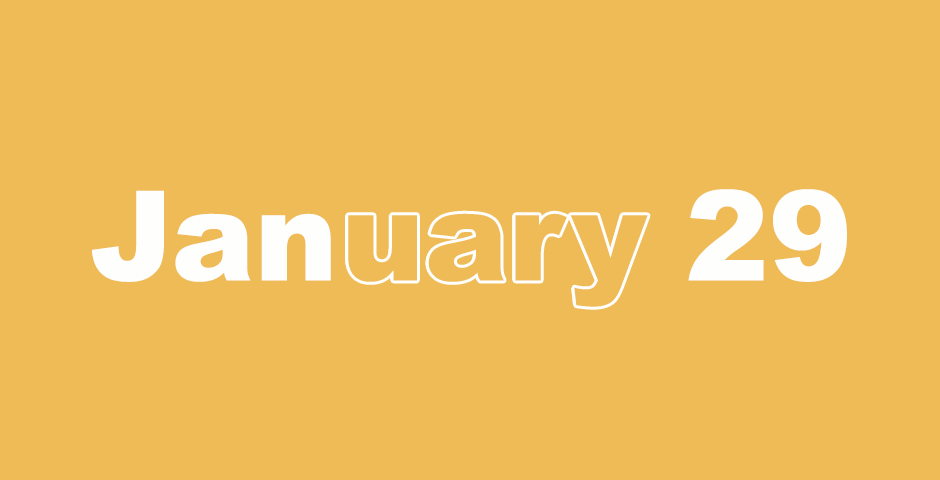 5 The Lord said to Moses, “Tell Aaron, ‘Stretch out your hand with your staff over the rivers, over the streams, and over the pools, and cause frogs to come up onto the land of Egypt.’ ”

6 Aaron stretched out his hand over the waters of Egypt, and the frogs came up and covered the land of Egypt. 7 The magicians did the same thing with their enchantments and brought up frogs on the land of Egypt.

8 Then Pharaoh called for Moses and Aaron and said, “Entreat the Lord, that he take away the frogs from me and from my people, and I will let the people go, that they may sacrifice to the Lord.”

9 Moses said to Pharaoh, “I will give you the honor of setting the time that I should pray for you and for your servants, and for your people, that the frogs be destroyed from you and your houses and remain only in the river.”

Moses said, “Let it be according to your word, that you may know that there is no one like the Lord our God. 11 The frogs shall depart from you, and from your houses, and from your servants, and from your people. They shall remain in the Nile only.”

12 Moses and Aaron went out from Pharaoh, and Moses cried to the Lord concerning the frogs which he had brought on Pharaoh. 13 The Lord did according to the word of Moses, and the frogs died out of the houses, out of the courts, and out of the fields. 14 They gathered them together in heaps, and the land stunk.

15 But when Pharaoh saw that there was a respite, he hardened his heart, and did not listen to them, as the Lord had spoken.

18 The magicians tried with their enchantments to produce gnats, but they could not. There were gnats on man and on animal.

19 Then the magicians said to Pharaoh, “This is the finger of God,” but Pharaoh’s heart was hardened, and he did not listen to them as the Lord had spoken.

20 The Lord said to Moses, “Rise up early in the morning and stand before Pharaoh. When he comes out to the water, tell him, ‘This is what the Lord says, “Let my people go, that they may serve me. 21 Or else, if you will not let my people go, I will send swarms of flies on you, and on your servants, and on your people, and into your houses. The houses of the Egyptians shall be full of swarms of flies, and also the ground they are on. 22 I will set apart on that day, the land of Goshen, in which my people dwell, that no swarms of flies shall be there, so that you may know that I am the Lord in the midst of the earth.

23 I will put a division between my people and your people. This sign shall happen by tomorrow.” ’ ” 24 The Lord did so, and there came heavy swarms of flies into the house of Pharaoh, and into his servants’ houses. Throughout Egypt the land was destroyed because of the swarms of flies.

25 Pharaoh called for Moses and for Aaron and said, “Go, sacrifice to your God within the land!”

28 Pharaoh said, “I will let you go, that you may sacrifice to the Lord your God in the wilderness, only do not go very far off. Pray for me.”

29 And Moses said, “I am going out from you, and I will entreat the Lord that the swarms of flies may depart from Pharaoh, from his servants, and from his people tomorrow, but Pharaoh must not deal deceitfully any more in not letting the people go to sacrifice to the Lord.”

30 Moses went out from Pharaoh, and prayed to the Lord. 31 The Lord did according to the word of Moses, and he removed the swarms of flies from Pharaoh, from his servants, and from his people. Not one remained.

32 And Pharaoh hardened his heart this time also, and he did not let the people go.

1 Then the Lord said to Moses, “Go in to Pharaoh and tell him, ‘This is what the Lord, the God of the Hebrews, says: “Let my people go, that they may serve me. 2 For if you refuse to let them go and continue to hold them, 3 the hand of the Lord will be upon your cattle which is in the field, upon the horses, upon the donkeys, upon the camels, upon the oxen, and upon the sheep, and there shall be a severe plague. 4 The Lord will make a distinction between the livestock of Israel and the livestock of Egypt, and nothing shall die of all that belongs to the Israelites.” ’ ”

But the heart of Pharaoh was stubborn, and he did not let the people go.

8 The Lord said to Moses and to Aaron, “Take handfuls of ashes from the furnace and let Moses sprinkle it toward the sky in the sight of Pharaoh. 9 And it shall become small dust over all the land of Egypt, and boils and blisters shall break out upon man and upon beast throughout all the land of Egypt.”

10 They took ashes from the furnace and stood before Pharaoh, and Moses sprinkled it up toward the sky, and it became boils and blisters breaking on man and on animal. 11 The magicians could not stand before Moses because of the boils, for the boils were on the magicians and on all the Egyptians.

12 The Lord hardened the heart of Pharaoh, and he did not listen to them, as the Lord had spoken to Moses.

13 The Lord said to Moses, “Rise up early in the morning and stand before Pharaoh and tell him, ‘This is what the Lord, the God of the Hebrews says: “Let my people go, that they may serve me. 14 For this time I will send all my plagues against your heart, against your officials, and against your people, that you may know that there is no one like me in all the earth.

15 For by now I could have stretched out my hand and struck you and your people with a plague, and you would have been cut off from the earth. 16 However, indeed, for this reason I have let you stand: to show you my power, and that my name may be known throughout all the earth, 17 because you still exalt yourself against my people, that you will not let them go.

18 Tomorrow at about this time I will cause it to rain a very heavy hailstorm, such as has not been in Egypt since the day it was founded until now. 19 Now therefore command that all of your livestock and all that you have in the field be brought into shelter. The hail will come down on every man and animal that is found in the field that is not brought home, and they will die.” ’ ”

22 The Lord said to Moses, “Stretch out your hand toward the sky, that there may be hail in all the land of Egypt, on man, and on animal, and on every herb of the field, throughout the land of Egypt.”

27 Pharaoh sent for Moses and Aaron and said to them, “I have sinned this time. The Lord is righteous, and I and my people are wicked. 28 Pray to the Lord, for there has been enough mighty thunder and hail. I will let you go, and you shall stay no longer.”

29 Moses said to him, “As soon as I have gone out of the city, I will spread out my hands to the Lord. The thunder shall cease, and there will not be any more hail, that you may know that the earth is the Lord’s. 30 But as for you and your servants, I know that you do not yet fear the Lord our God.”

31 The flax and the barley were struck, for the barley had ripened and the flax was blooming. 32 But the wheat and the spelt were not struck, for they had not grown up. 33 Moses went out of the city from Pharaoh, and spread out his hands to the Lord, and the thunder and hail ceased, and the rain no longer poured on the earth. 34 When Pharaoh saw that the rain and the hail and the thunder had ceased, he sinned yet more and hardened his heart, he and his servants.

35 The heart of Pharaoh was hardened, and he did not let the Israelites go, just as the Lord had spoken through Moses.

13 Then little children were brought to Jesus, that he should lay his hands on them and pray, and the disciples rebuked them.

14 But Jesus said, “Allow the little children and do not forbid them to come to me, for the Kingdom of Heaven belongs to ones like these.” 15 He laid his hands on them and departed from there.

16 Someone came to him and said, “Good teacher, what good thing shall I do, that I may have eternal life?”

17 He said to him, “Why do you call me good? No one is good but one, that is, God. But if you want to enter into life, keep the commandments.”

20 The young man said to him, “All these things I have observed from my youth. What do I still lack?”

21 Jesus said to him, “If you want to be perfect, go, sell what you have and give to the poor, and you will have treasure in heaven and come, follow me.” 22 But when the young man heard these words, he went away sad, for he was one who had great possessions. 23 Jesus said to his disciples, “Most certainly I say to you, a rich man will enter into the Kingdom of Heaven with difficulty. 24 And again I say to you, it is easier for a camel to go through the eye of a needle, than for a rich man to enter into the kingdom of God.”

25 When the disciples heard it, they were greatly perplexed, saying, “Who then can be saved?”

26 Looking at them, Jesus said, “With men this is impossible, but with God all things are possible.”

27 Then Peter answered, “We have left everything, and followed you. What then will we have?”

28 Jesus said to them, “Most certainly I tell you that you who have followed me, in the regeneration, when the Son of Man shall sit down upon his throne of glory, you also will sit on twelve thrones, judging the twelve tribes of Israel.

29 Everyone who has left houses, or brothers, or sisters, or father, or mother, or wife, or children, or lands, for my name’s sake, will receive 100 times and will inherit eternal life. 30 But many will be last who are first, and first who are last.

The Earth is the Lord’s 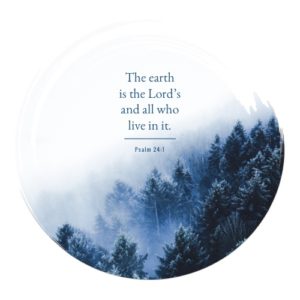 1 The earth is the Lord’s, and everything in it;
the world, and those who live in it.
2 For he has founded it on the seas,
and established it on the floods.

3 Who may ascend to the Lord’s hill?
Who may stand in his holy place?
4 He who has clean hands and a pure heart;
who has not given his heart to worthless things,
and does not swear oaths falsely.
5 He shall receive a blessing from the Lord,
righteousness from the God of his salvation.
6 This is the generation of those who seek Him,
who seek the face of the God of Jacob.

1 My son, if you have become collateral for your neighbor,
if you have struck your hands in pledge for a stranger,
2 you are trapped by the words of your mouth;
you are ensnared with the words of your mouth.
3 Do this now, my son, and deliver yourself,
since you have come into the hand of your neighbor.
Go, humble yourself.
Boldly plead with your neighbor.
4 Give no sleep to your eyes,
nor slumber to your eyelids.
5 Free yourself, like a gazelle from the hand of the hunter,
like a bird from the snare of the fowler.