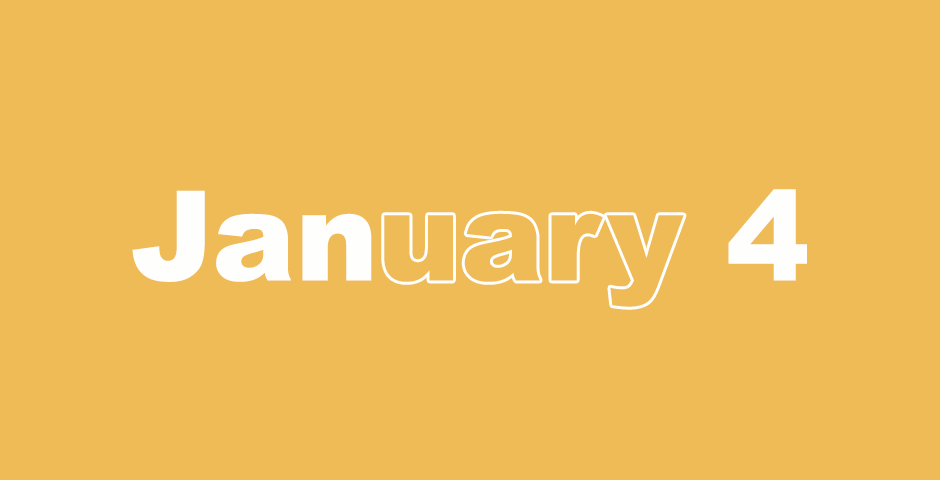 But know that the Lord has set apart for himself the one who is godly: the Lord will hear when I call to him. Psalm 4:3

1 God remembered Noah, all the animals, and all the livestock that were with him in the ark. God caused a wind to pass over the earth, and the waters receded. 2 The fountains of the deep and the windows of heaven were also stopped, and the rain from the sky was restrained. 3 The waters continued receding from the earth, and after 150 days had passed, the waters had decreased. 4 On the seventeenth day of the seventh month, the ark rested on Ararat’s mountains.

6 At the end of 40 days, Noah opened the window of the ark which he had made, 7 and he sent out a raven. It went back and forth, until the waters were dried up from the earth. 8 He himself sent out a dove to see if the waters had abated from the ground’s surface, 9 but the dove found no place to rest her foot, and returned to Noah into the ark, for the waters covered the surface of the whole earth. He put out his hand and took the dove, and brought her with him into the ship.

10 He waited yet another seven days, and again he sent the dove out of the ark. 11 The dove came back to him at evening, and in her mouth was a freshly plucked olive leaf. So Noah knew that the waters had abated from the earth.

12 He waited yet another seven days and sent out the dove, and she did not return to him again.

13 By the first day of the first month of Noah’s 601st year, the waters had dried up from the earth. Noah removed the covering from the ark, looked and saw that the surface of the ground was dry. 14 In the second month, on the 27th day of the month, the earth was dry.

15 God spoke to Noah, saying, 16 “Go out from the ark, you, your wife, your sons, and your sons’ wives with you. 17 Bring every living thing out with you: all flesh, including birds, livestock, and every creature that crawls on the earth, that they may breed abundantly on the earth and be fruitful and multiply on the earth.”

18 Noah went out, with his sons, his wife, and his sons’ wives with him. 19 Every animal, every creature, and every bird; everything that moves on the earth went out of the ark with their families.

20 Noah built an altar to the Lord, and took from every clean animal and every clean bird, and offered it as a burnt offering on the altar. 21 The Lord smelled the pleasant aroma and said in his heart, “I will never again curse the ground because of man, even though his heart schemes evil from his youth. I will never again strike every living thing, as I have done.

22 While the earth remains, seed time and harvest, and cold and heat, and summer and winter, and day and night will not cease.”

1 God blessed Noah and his sons and said to them, “Be fruitful, multiply, and replenish the earth. 2 The fear of you and the dread of you will be on every animal of the earth and on every bird of the sky. Everything that moves along the ground and all the fish of the sea are delivered into your hand.

6 Whoever sheds man’s blood,
his blood will be shed by man,
for God made man in his own image.
7 Be fruitful and multiply.
Increase abundantly on the earth,
and multiply in it.”

8 God spoke to Noah and to his sons with him, saying, 9 “As for me, I am establishing my covenant with you, and with your offspring after you, 10 and with every living creature that is with you: the birds, the livestock, and every animal of the earth with you, of everything that comes out of the ark; every animal of the earth. 11 I will establish my covenant with you: All flesh will never again be destroyed from floodwaters. There will never again be a flood that destroys the earth.”

18 The sons of Noah who went out from the ark were Shem, Ham, and Japheth. Ham is the father of Canaan. 19 These three were the sons of Noah, and from these the whole earth was populated.

20 Noah, a man of the soil, planted a vineyard. 21 He drank of its wine and got drunk and was uncovered within his tent. 22 Ham, the father of Canaan, saw the nakedness of his father and told his two brothers outside. 23 Shem and Japheth took a garment and laid it on both their shoulders, went in backwards, and covered their father’s nakedness. Their faces were diverted so that they did not see their father’s nakedness.

24 Noah awoke from his wine and knew what his youngest son had done to him.

“Canaan is cursed.
He will be a servant of servants to his brothers.”

The Descendants of Japheth

1 Now this is the history of the generations of the sons of Noah and of Shem, Ham, and Japheth. Sons were born to them after the flood.

2 The sons of Japheth were:

3 The sons of Gomer were:

4 The sons of Javan were:

Elishah, Tarshish, Kittim, and Dodanim. 5 From these, the coastal nations were divided within their lands, each with its own language and families in their nations.

The Descendants of Ham

7 The sons of Cush were:

The sons of Raamah were:

8 Cush became the father of Nimrod. He began to be mighty on the earth. 9 He was a mighty hunter before the Lord. Therefore it is said, “Like Nimrod, a mighty hunter before the Lord”. 10 The beginning of his kingdom was Babel, Erech, Accad, and Calneh, in the land of Shinar. 11 Out of that land he went into Assyria, and built Nineveh, Rehoboth Ir, Calah, 12 and Resen between Nineveh and the great city Calah.

15 Canaan became the father of Sidon (his firstborn), Heth, 16 the Jebusites, the Amorites, the Girgashites, 17 the Hivites, the Arkites, the Sinites, 18 the Arvadites, the Zemarites, and the Hamathites. Afterward the families of the Canaanites were spread abroad.

20 These are the sons of Ham, after their families, according to their languages, in their lands and their nations.

The Descendants of Shem

21 Children were also born to Shem (the elder brother of Japheth), the father of all the children of Eber.

25 To Eber were born two sons. The name of the one was Peleg, for in his days the earth was divided. His brother’s name was Joktan.

26 Joktan became the father of Almodad, Sheleph, Hazarmaveth, Jerah, 27 Hadoram, Uzal, Diklah, 28 Obal, Abimael, Sheba, 29 Ophir, Havilah, and Jobab. All these were the sons of Joktan. 30 Their dwelling extended from Mesha, as you go toward Sephar, the mountain of the east.

31 These are the sons of Shem, by their families, according to their languages, lands, and nations.

32 These are the families of the sons of Noah, by their generations, according to their nations. The nations divided from these on the earth after the flood.

1 Then Jesus was led up by the Spirit into the wilderness to be tempted by the devil. 2 When he had fasted 40 days and 40 nights, he was hungry afterward. 3 The tempter came and said to him, “If you are the Son of God, command that these stones become bread.”

4 But he answered, “It is written,

‘Man shall not live by bread alone,
but by every word that proceeds from the mouth of God.’ ” a

5 Then the devil took him into the holy city. He set him on the pinnacle of the temple, 6 and said to him, “If you are the Son of God, throw yourself down, for it is written, ‘He will command his angels concerning you,’ and,

‘On their hands they will bear you up,
so that you do not dash your foot against a stone.’ ” b

8 Again, the devil took him to an exceedingly high mountain and showed him all the kingdoms of the world and their glory. 9 He said to him, “I will give you all of these things, if you will fall down and worship me.”

10 Then Jesus said to him, “Get behind me, Satan! For it is written,

‘You shall worship the Lord your God, and you shall serve him only.’ ” d

11 Then the devil left him and angels came and served him.

12 Now when Jesus heard that John had been sent to prison, he withdrew into Galilee. 13 Leaving Nazareth, he came and lived in Capernaum, which is by the sea, in the region of Zebulun and Naphtali, 14 that it might be fulfilled which was spoken through Isaiah the prophet, saying,

15 “The land of Zebulun
and the land of Naphtali,
toward the sea, beyond the Jordan,
Galilee of the Gentiles,
16 the people who sat in darkness
have seen a great light,
to those who sat in the region and shadow of death,
for them a light has dawned.”

17 From that time, Jesus began to preach, and to say, “Repent! For the Kingdom of Heaven is at hand.”

18 Walking by the sea of Galilee, he saw two brothers: Simon, who is called Peter, and Andrew, his brother, casting a net into the sea, for they were fishermen. 19 He said to them, “Come, follow me, and I will make you fishers of men.”

Jesus Heals the Sick and Afflicted

23 Jesus went around all of Galilee, teaching in their synagogues, preaching the Gospel of the Kingdom, and healing every disease and every sickness among the people.

24 The report about him went out into all Syria. They brought to him all who were sick, afflicted with various diseases and torments, possessed with demons, epileptics, and paralytics; and he healed them. 25 Great multitudes from Galilee, Decapolis, Jerusalem, Judea and from beyond the Jordan followed him.

Answer Me When I Call 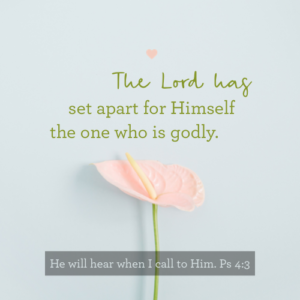 1 Answer me when I call, God of my righteousness.
Give me relief from my distress.
Have mercy on me, and hear my prayer.

2 You sons of men, how long shall my glory be turned into dishonor?
Will you love vanity and seek after falsehood?

3 But know that the Lord has set apart for himself
the one who is godly:
the Lord will hear when I call to him.
4 Stand in awe, and do not sin.
Search your own heart on your bed, and be still.

5 Offer the sacrifices of righteousness.
Put your trust in God.
6 Many say, “Who will show us any good?”
Lord, let the light of your face shine on us.
7 You have put gladness in my heart,
more than when their grain and their new wine are increased.
8 In peace I will both lay myself down and sleep,
for you, Lord alone, cause me to live in safety.

20 Wisdom calls aloud in the street.
She utters her voice in the public squares.
21 She calls at the head of noisy places.
At the entrance of the city gates, she utters her words:
22 “How long, you simple ones, will you love simplicity?
How long will mockers delight themselves in mockery,
and fools hate knowledge?
23 Turn at my reproof.
I will pour out my spirit on you.
I will make known my words to you.”