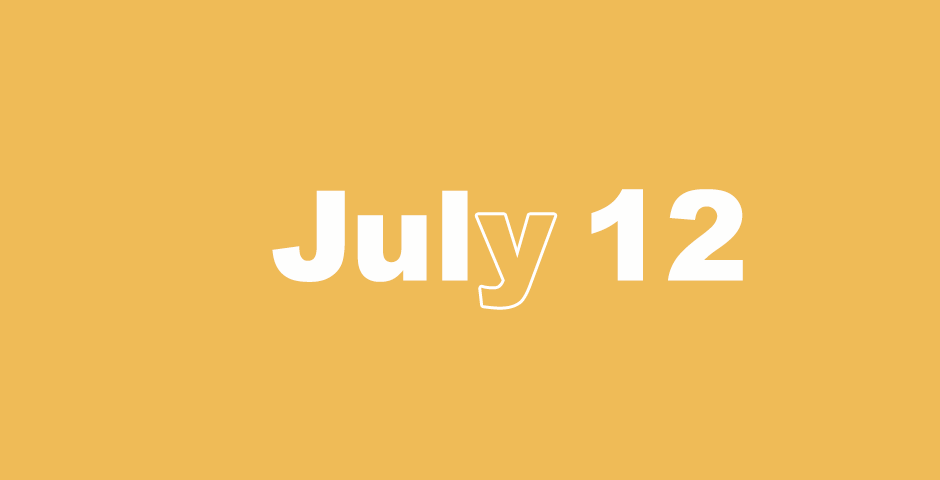 To all who are in Rome, beloved of God, called to be saints: Grace to you and peace from God our Father and the Lord Jesus Christ. Romans 1:7

David and the Ark

1 David consulted with every leader, with the captains of thousands and of hundreds. 2 David said to the whole assembly of Israel, “If it seems good to you, and if it is of the Lord our God, let us send word everywhere to our brothers who are left in all the land of Israel, with whom the priests and Levites are in their cities that have pasture lands, that they may gather to us. 3 Also, let us bring the Ark of our God back to us again; for we did not seek it in the days of Saul.”

4 All the assembly said that they would do so, for this was right in the eyes of all the people.

5 So David assembled all Israel together, from the Shihor the brook of Egypt to the entrance of Hamath, to bring the Ark of the Lord from Kiriath Jearim.

6 David went up with all Israel to Baalah, that is, to Kiriath Jearim, which belonged to Judah, to bring up from there the Ark of God the Lord that sits above the cherubim, that is called by the Name. 7 They carried the Ark of God on a new cart and brought it out of Abinadab’s house, and Uzza and Ahio drove the cart.

8 David and all Israel played before God with all their might, with songs, with harps, with stringed instruments, with tambourines, with cymbals, and with trumpets.

Uzzah and the Ark

9 When they came to Chidon’s threshing floor, Uzza put out his hand to hold the ark, for the oxen stumbled. 10 The anger of the Lord burned against Uzza, and he struck him because he put his hand on the ark, and he died there before God.

11 David was displeased because the Lord had broken out against Uzza. He called that place Perez Uzza, to this day.

12 David was afraid of God that day, saying, “How can I bring the Ark of God home to me?” 13 So David did not move the ark with him into the City of David, but carried it aside into Obed-Edom the Gittite’s house. 14 The Ark of the Lord remained with the family of Obed-Edom in his house three months, and the Lord blessed Obed-Edom’s house and all that he had.

1 Hiram king of Tyre sent messengers to David with cedar trees, masons, and carpenters, to build him a house. 2 David perceived that the Lord had established him king over Israel; for his kingdom was exalted on high, for the sake of his people Israel.

3 David took more wives at Jerusalem, and David fathered more sons and daughters. 4 These are the names of the children whom he had in Jerusalem: Shammua, Shobab, Nathan, Solomon, 5 Ibhar, Elishua, Elpelet, 6 Nogah, Nepheg, Japhia, 7 Elishama, Beeliada, and Eliphelet.

Two Victories over the Philistines

11 So they came up to Baal Perazim, and David defeated them there. David said,
“God has broken my enemies by my hand, like waters breaking out.”

Therefore they named that place Baal Perazim. 12 They left their gods there, and David gave a command, and they were burned with fire.

13 The Philistines made another raid in the valley. 14 David inquired again of God; and God said to him, “You shall not go up after them. Turn away from them and come on them opposite the mulberry trees. 15 When you hear the sound of marching in the tops of the mulberry trees, then go out to battle, for God has gone out before you to strike the army of the Philistines.”

16 David did as God commanded him, and they attacked the army of the Philistines from Gibeon to Gezer. 17 The fame of David went out into all lands, and the Lord brought the fear of him on all nations. 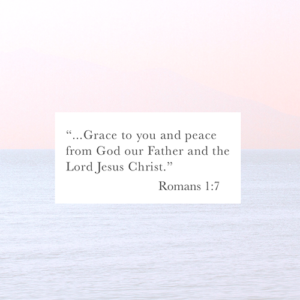 Greetings to the Saints in Rome

1 Paul, a servant of Jesus Christ, called to be an apostle, set apart for the gospel of God, 2 which he promised before through his prophets in the Holy Scriptures, 3 concerning his Son, who was born of the offspring of David according to the flesh, 4 who was declared to be the Son of God with power, according to the Spirit of holiness, by the resurrection from the dead, Jesus Christ our Lord.

5 Through him we received grace and apostleship to bring about obedience that comes from faith, for his name’s sake, among all the nations, 6 among whom you are also called to belong to Jesus Christ.

7 To all who are in Rome, beloved of God, called to be saints: Grace to you and peace from God our Father and the Lord Jesus Christ.

8 First, I thank my God through Jesus Christ for all of you, that your faith is proclaimed throughout the whole world. 9 For God (whom I serve in my spirit in preaching the gospel of his Son) is my witness of how unceasingly I make mention of you always in my prayers, 10 requesting that I may at last, if by any means and by the will of God succeed in coming to you. 11 For I long to see you, that I may impart to you some spiritual gift, so that you may be established, 12 that is, that I, with you, may be encouraged in you, each of us by the other’s faith, both yours and mine.

13 Now I do not want you to be unaware, brothers, that I often planned to come to you and was hindered so far, that I might have a fruitful harvest among you just as I have had among the rest of the Gentiles. 14 I am under obligation to both Greeks and to foreigners, both to the wise and to the foolish. 15 So I am eager to preach the gospel to you also who are in Rome.

17 The wicked shall return to Sheol,
and all the nations that forget God.
18 For the needy shall not always be forgotten,
nor the hope of the poor perish forever.
19 Arise, O Lord! Do not let man prevail.
Let the nations be judged in your sight.
20 Put them in fear, O Lord.
Let the nations know that they are only men.

4 Wealth adds many friends,
but the poor is separated from his friend.
5 A false witness shall not be unpunished.
He who pours out lies shall not go free.