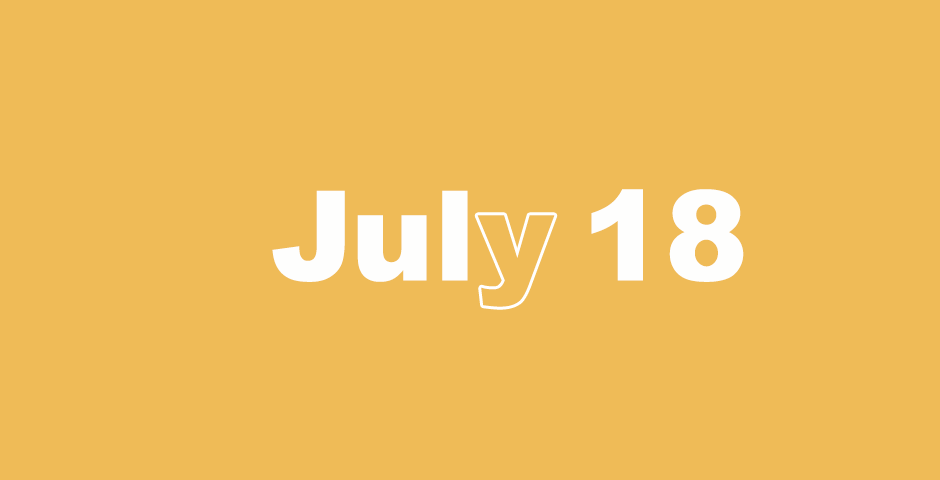 The Lord looks down from heaven on the children of men, to see if there are any who understand, who seek after God. Psalm 14:2.

The Divisions of the Gatekeepers

1 The divisions of the gatekeepers:

From the Korahites, Meshelemiah the son of Kore, of the sons of Asaph.
2 Meshelemiah had sons: Zechariah the firstborn, Jediael the second, Zebadiah the third, Jathniel the fourth,

3 Elam the fifth, Jehohanan the sixth, and Eliehoenai the seventh.

4 Obed-Edom had sons: Shemaiah the firstborn, Jehozabad the second, Joah the third, Sacar the fourth, Nethanel the fifth,

5 Ammiel the sixth, Issachar the seventh, and Peullethai the eighth; for the Lord blessed him.

6 Sons were also born to Shemaiah his son, who ruled over the house of their father; for they were mighty men of valor.

7 The sons of Shemaiah: Othni, Rephael, Obed, and Elzabad, whose brothers were valiant men, Elihu, and Semachiah.

8 All these were of the sons of Obed-Edom: they and their sons and their brothers, able men in strength for the service: 62 of Obed-Edom.

10 Also Hosah, of the descendants of Merari, had sons: Shimri the chief (for though he was not the firstborn, yet his father made him chief),

11 Hilkiah the second, Tebaliah the third, and Zechariah the fourth. All the sons and brothers of Hosah were thirteen.

12 These divisions of the gatekeepers, corresponding to their leading men, had duties, like their brothers did, to minister in the house of the Lord. 13 They cast lots, the small as well as the great, according to their fathers’ houses, for every gate.

14 The lot eastward fell to Shelemiah. Then for Zechariah his son, a wise counselor, they cast lots, and his lot came out northward.
15 To Obed-Edom southward, and to his sons the storehouse.
16 To Shuppim and Hosah westward, by the gate of Shallecheth, at the causeway that goes up, watchman opposite watchman.

22 The sons of Jehieli: Zetham, and Joel his brother, were over the treasures of the house of the Lord. 23 Of the Amramites, of the Izharites, of the Hebronites, of the Uzzielites:

26 This Shelomoth and his brothers were over all the treasures of the dedicated things, which had been had dedicated by David the king and the heads of families who were captains over thousands and of hundreds, and the captains of the army. 27 They dedicated some of the plunder won in battles to repair the house of the Lord. 28 All that Samuel the seer, and Saul the son of Kish, and Abner the son of Ner, and Joab the son of Zeruiah, had dedicated, whoever had dedicated anything, it was under the hand of Shelomoth, and of his brothers.

29 Of the Izharites, Chenaniah and his sons had the duties outside of the temple, as officers and judges over Israel. 30 Of the Hebronites, Hashabiah and his brothers, men of valor, 1,700 had the oversight of Israel beyond the Jordan westward, for all the work of the Lord, and for the service of the king. 31 Of the Hebronites, Jerijah was the leader of the Hebronites, according to their generations by fathers’ households. They were sought for in the 40th year of the reign of David, and mighty men of valor were found among them at Jazer of Gilead. 32 His brothers, men of valor, were 2,700, heads of families, whom king David made overseers over the Reubenites, the Gadites, and the half-tribe of the Manassites, for every matter pertaining to the Lord, and for the affairs of the king.

The Twelve Captains for Each Month

1 Now here are the Israelites according to their number, the heads of families and the captains of thousands and of hundreds, and their officers who served the king, in any matter of the divisions which came in and went out month by month throughout all the months of the year—of every division were 24,000.

2 Over the first division for the first month was Jashobeam the son of Zabdiel: and in his division were 24,000.

3 He was a descendant of Perez, the chief of all the captains of the army for the first month.

4 Over the division of the second month was Dodai the Ahohite, and his division, and Mikloth the ruler, and in his division were 24,000.

5 The third captain of the army for the third month was Benaiah, the son of Jehoiada the chief priest. In his division were 24,000.

6 This is that Benaiah who was the mighty man among the 30, and over the 30, and of his division was Ammizabad his son.

7 The fourth captain for the fourth month was Asahel the brother of Joab, and Zebadiah his son after him, and in his division were 24,000.

8 The fifth captain for the fifth month was Shamhuth the Izrahite, and in his division were 24,000.

9 The sixth captain for the sixth month was Ira the son of Ikkesh the Tekoite, and in his division were 24,000.

10 The seventh captain for the seventh month was Helez the Pelonite, of the children of Ephraim. In his division were 24,000.

11 The eighth captain for the eighth month was Sibbecai the Hushathite, of the Zerahites. In his division were 24,000.

12 The ninth captain for the ninth month was Abiezer the Anathothite, of the Benjamites. In his division were 24,000.

13 The tenth captain for the tenth month was Maharai the Netophathite, of the Zerahites. In his division were 24,000.

14 The eleventh captain for the eleventh month was Benaiah the Pirathonite, of the children of Ephraim. In his division were 24,000.

15 The twelfth captain for the twelfth month was Heldai the Netophathite, of Othniel. In his division were 24,000.

The Leaders of the Twelve Tribes

16 The officers in charge of the tribes of Israel were:

Of the Reubenites, Eliezer the son of Zichri was the ruler; of the Simeonites, Shephatiah the son of Maacah;

17 of Levi, Hashabiah the son of Kemuel; of Aaron, Zadok;

18 of Judah, Elihu, one of the brothers of David; of Issachar, Omri the son of Michael;

20 of the descendants of Ephraim, Hoshea the son of Azaziah; of the half-tribe of Manasseh, Joel the son of Pedaiah;

21 of the half-tribe of Manasseh in Gilead, Iddo the son of Zechariah; of Benjamin, Jaasiel the son of Abner;

22 of Dan, Azarel the son of Jeroham. These were the captains of the tribes of Israel.

23 But David did not record the number of them from twenty years old and under because the Lord had said he would increase Israel like the stars of the sky. 24 Joab the son of Zeruiah began to take a census, but did not finish, and wrath came on Israel for this. The number was not put into the account in the chronicles of king David.

26 Over those who did the work of the field for tillage of the ground was Ezri the son of Chelub;

28 and over the olive trees and the sycamore trees that were in the lowland was Baal Hanan the Gederite; and over the cellars of oil was Joash;

31 All these were the rulers of the property which was king David’s.

13 For the promise to Abraham and to his offspring that he should be heir of the world was not through the law, but through the righteousness of faith. 14 For if those who are of the law are heirs, faith is made void, and the promise is made of no effect. 15 For the law produces wrath, for where there is no law, neither is there disobedience.

16 For this reason it is of faith, that it may be according to grace, to the end that the promise may be sure to all the offspring, not to that only which is of the law, but to that also which is of the faith of Abraham, who is the father of us all. 17 As it is written, “I have made you a father of many nations.” This is in the presence of him whom he believed: the Lord, who gives life to the dead and calls the things that are not as though they were.

18 Besides hope, Abraham, in hope, believed to the end that he might become a father of many nations, according to that which had been spoken, “So will your offspring be.” 19 Without being weakened in faith, he did not consider his own body, already having been worn out, (he being about a hundred years old), and the deadness of Sarah’s womb.

20 Yet, looking to the promise of God, he did not waver through unbelief, but grew strong through faith, giving glory to God, 21 and being fully assured that what he had promised, he was also able to perform. 22 Therefore it also was “credited to him as righteousness.”

23 Now it was not written that it was accounted to him for his sake alone, 24 but for our sake also, to whom it will be accounted, who believe in him who raised Jesus, our Lord, from the dead, 25 who was delivered up for our trespasses, and was raised for our justification. 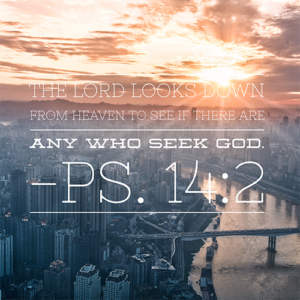 1 The fool has said in his heart,
“There is no God.”
They are corrupt. They have done abominable deeds.
There is no one who does good.

2 The Lord looks down from heaven on the children of men,
to see if there are any who understand,
who seek after God.
3 They have all gone astray.
They have together become corrupt.
There is no one who does good, no, not one.

4 Have all the workers of iniquity no knowledge,
who consume my people like they eat bread,
and do not call on the Lord?
5 There they were in great fear,
for God is in the generation of the righteous.
6 You frustrate the plan of the poor,
because the Lord is his refuge.
7 Oh that the salvation of Israel would come out of Zion!
When the Lord restores the fortunes of his people,
then Jacob shall rejoice, and Israel shall be glad.

17 He who has pity on the poor lends to the Lord,
and he will reward him.