He who does not lend out his money for exorbitant interest, nor take a bribe against the innocent. He who does these things shall never be shaken. Psalm 15:5

David’s Address about the Temple

2 Then David the king stood up on his feet, and said, “Hear me, my brothers, and my people! As for me, it was in my heart to build a house of rest for the ark of the Lord’s covenant and for the footstool of our God, and I had prepared for the building, 3 but the Lord said to me, ‘You shall not build a house for my name because you are a man of war, and have shed blood.’

5 Of all my sons (for the Lord has given me many sons), he has chosen Solomon my son to sit on the throne of the kingdom of God over Israel. 6 He said to me, ‘Solomon, your son, shall build my house and my courts; for I have chosen him to be my son, and I will be his father. 7 I will establish his kingdom forever if he continues to do my commandments and my ordinances, as it is today.’

8 Now therefore, in the sight of all Israel, the assembly of the Lord, and in the audience of our Lord, observe and seek out all the commandments of the Lord your God; that you may possess this good land and leave it as an inheritance to your children after you forever.

9 You, Solomon my son, know the God of your father, and serve him with a perfect heart and with a willing mind; for the Lord searches all hearts, and understands all the imaginations of the thoughts. If you seek him, he will be found by you; but if you forsake him, he will cast you off forever. 10 Take heed now; for the Lord has chosen you to build a house for the sanctuary. Be strong and do it.”

18 and for the altar of incense refined gold by weight; and gold for the plans for the chariot, and the cherubim that spread out and cover the ark of Lord’s covenant.

19 “All this”, David said, “I have been made to understand in writing from the hand of God, all the works of this pattern.”

20 David said to Solomon his son, “Be strong and courageous, and do it. Do not be afraid, nor be dismayed; for the Lord God, my God, is with you. He will not fail you, nor forsake you, until all the work for the service of the house of the Lord is finished. 21 There are the divisions of the priests and the Levites, for all the service of the house of the Lord. Every willing man who has skill, for any kind of service, shall be with you in all kinds of work. Also the captains and all the people will be entirely at your command.”

Offerings for the Temple

3 In addition, because I have set my affection on the house of my God, since I have a treasure of my own of gold and silver, I give it to the house of my God, over and above all that I have prepared for the holy house, 4 113 tons of gold, of the gold of Ophir, and 264 tons of refined silver, with which to overlay the walls of the houses; 5 of gold for the things of gold, and of silver for the things of silver, and for all kinds of work to be made by the hands of artisans. Who then offers willingly to consecrate himself today to the Lord?”

6 Then the leaders of the families, and the leaders of the tribes of Israel, and the captains of thousands and of hundreds, with the rulers over the king’s work, offered willingly; 7 and they gave for the service of the house of the Lord; of gold–188 tons and 10,000 gold coins, of silver–377 tons, of bronze–679 tons, and of iron–3,770 tons.

8 People with whom precious stones were found gave them to the treasure of the house of the Lord, under the hand of Jehiel the Gershonite. 9 Then the people rejoiced because they offered willingly, because with a perfect heart they offered willingly to the Lord; and David the king also rejoiced with great joy.

10 Therefore David blessed the Lord before all the assembly, and David said, “You are blessed, Lord, God of Israel our father, forever and ever.

11 Yours, Lord, is the greatness, the power, the glory, the victory, and the majesty! For all that is in the heavens and in the earth is yours. Yours is the kingdom, O Lord, and you are exalted as head above all. 12 Both riches and honor come from you, and you rule over all! In your hand is power and might! It is in your hand to make great, and to give strength to all! 13 Now therefore, our God, we thank you, and praise your glorious name.

14 But who am I, and what is my people, that we should be able to offer so willingly as this? For all things come from you, and we have given you of your own. 15 For we are foreigners and temporary residents in your presence, as were all our fathers. Our days on the earth are like a shadow, and there is no remaining.

16 Lord our God, all this store that we have prepared to build you a house for your holy name comes from your hand, and is all your own. 17 I know also, my God, that you try the heart, and have pleasure in uprightness. As for me, in the uprightness of my heart I have willingly offered all these things. Now I have seen with joy your people who are present here, offer willingly to you.

18 Lord, God of Abraham, of Isaac, and of Israel, our fathers, keep this desire forever in the thoughts of the heart of your people, and prepare their heart for you; 19 and give to Solomon my son a perfect heart, to keep your commandments, your testimonies, and your statutes, and to do all these things, and to build the palace, for which I have made provision.”

20 Then David said to all the assembly, “Now bless the Lord your God!”

All the assembly blessed the Lord, the God of their fathers, and bowed their heads down and prostrated themselves before the Lord and the king.

22 They ate and drank before the Lord on that day with great gladness. They made Solomon the son of David king the second time, and anointed him before the Lord to be prince, and Zadok to be priest.

23 Then Solomon sat on the throne of the Lord as king instead of David his father, and prospered; and all Israel obeyed him. 24 All the leaders, the mighty men, and also all of the sons of king David submitted themselves to Solomon the king. 25 The Lord magnified Solomon exceedingly in the sight of all Israel, and gave to him such royal majesty as had not been on any king before him in Israel.

1 Being therefore justified by faith, we have peace with God through our Lord Jesus Christ, 2 through whom we also have access by faith into this grace in which we stand. We rejoice in the hope of the glory of God. 3 Not only this, but we also rejoice in our sufferings, knowing that suffering produces perseverance, 4 and perseverance produces proven character, and proven character produces hope, 5 and hope does not disappoint us, because God’s love has been poured into our hearts through the Holy Spirit who was given to us.

Christ’s Sacrifice for the Ungodly

11 Not only so, but we also rejoice in God through our Lord Jesus Christ, through whom we have now received the reconciliation.

Death in Adam, Life in Christ

12 Therefore as sin entered into the world through one man, and death through sin, so death passed to all men, because all sinned. 13 For until the law, sin was in the world, but sin is not charged when there is no law. 14 Nevertheless death reigned from Adam until Moses, even over those whose sins were not like Adam’s disobedience, who is a foreshadowing of him who was to come.

15 But the free gift is not like the trespass. For if by the trespass of the one the many died, much more did the grace of God, and the gift by the grace of the one man, Jesus Christ, abound to the many. 16 The gift is not as through one who sinned; for the judgment came by one to condemnation, but the free gift came of many trespasses to justification. 17 For if by the trespass of the one, death reigned through the one, so much more will those who receive the abundance of grace and of the gift of righteousness reign in life through the one, Jesus Christ.

18 So then as through one trespass, all men were condemned, so through one act of righteousness, all men were justified to life. 19 For as through the one man’s disobedience many were made sinners, so through the obedience of the one, many will be made righteous. 20 The law came in that the trespass might abound, but where sin abounded, grace abounded more exceedingly; 21 that as sin reigned in death, so grace might reign through righteousness to eternal life through Jesus Christ our Lord. 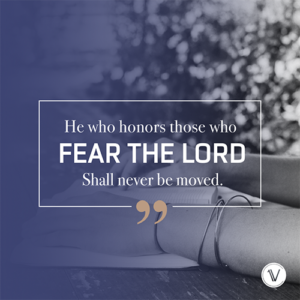 1 Lord, who shall dwell in your sanctuary?
Who shall live on your holy hill?

2 He who walks blamelessly and does what is right,
and speaks truth in his heart,
3 who does not slander with his tongue,
nor does evil to his friend,
nor casts slurs against his fellow man;
4 in whose eyes a vile man is despised,
but who honors those who fear God,
who keeps an oath even when it hurts, and does not change,
5 who does not lend out his money for exorbitant interest,
nor take a bribe against the innocent;
he who does these things shall never be shaken.

18 Discipline your son, for there is hope.
Do not be a willing party to his death.
19 A hot-tempered man must pay the penalty,
for if you rescue him, you will have to do it again.