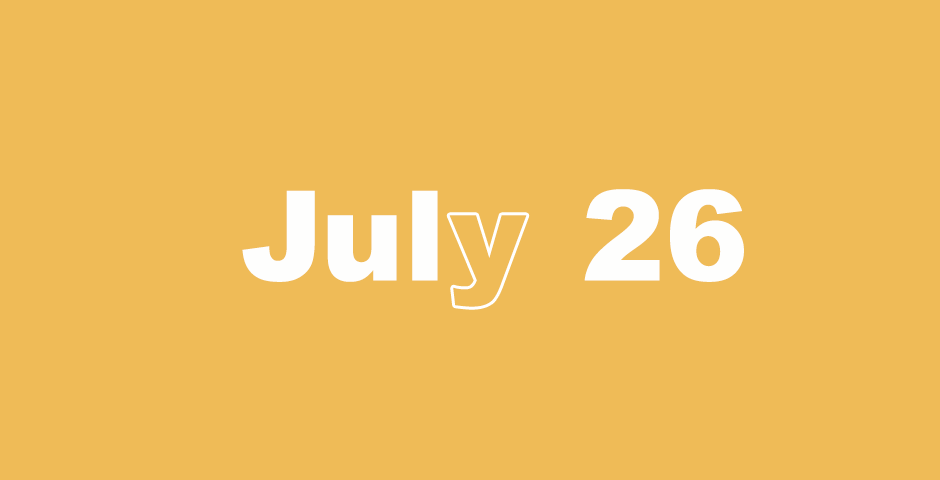 May he grant you according to your heart’s desire,
and fulfill all your purpose. Psalm 20:4

1 Jehoshaphat, Asa’s son, reigned in his place and strengthened himself against Israel. 2 He placed forces in all the fortified cities of Judah and set garrisons in the land of Judah and in the cities of Ephraim, which Asa his father had taken.

3 The Lord was with Jehoshaphat because he walked in the former ways of his father David, and did not seek the Baals 4 but sought the God of his father and walked in his commandments and not in the ways of Israel.

5 Therefore the Lord established the kingdom in his hand. All Judah brought tribute to Jehoshaphat, and he had riches and honor in abundance. 6 His heart was raised to the ways of the Lord. Furthermore, he took the high places and the Asherah poles out of Judah.

7 Also in the third year of his reign he sent his officials, Ben Hail, Obadiah, Zechariah, Nethanel, and Micaiah, to teach in the cities of Judah; 8 and with them the Levites,  Shemaiah, Nethaniah, Zebadiah, Asahel, Shemiramoth, Jehonathan, Adonijah, Tobijah, and Tobadonijah, the Levites; and with them Elishama and Jehoram, the priests. 9 They taught in Judah, having the book of the law of the Lord with them. They went about throughout all the cities of Judah and taught among the people.

10 The fear of the Lord fell on all the kingdoms of the lands that were around Judah, so that they waged no war against Jehoshaphat. 11 Some of the Philistines brought Jehoshaphat presents and silver for tribute. The Arabians also brought him flocks, 7,700 rams and 7,700 male goats. 12 Jehoshaphat grew exceedingly great, and he built fortresses and store cities in Judah. 13 He had many projects in the cities of Judah, and men of war, mighty men of valor, in Jerusalem.

14 This was the numbering of them according to their ancestral families:

19 These were the ones who waited on the king, in addition to those whom the king put in the fortified cities throughout all Judah.

1 Now Jehoshaphat had riches and honor in abundance, and he allied himself with Ahab. 2 After some years, he went down to Ahab to Samaria. Ahab killed sheep and cattle for him in abundance, and for the people who were with him and influenced him to go up with him to Ramoth Gilead. 3 Ahab king of Israel said to Jehoshaphat king of Judah, “Will you go with me to Ramoth Gilead?”

He answered him, “I am as you are, and my people as your people. We will be with you in war.”

They said, “Go up; for the Lord will deliver it into the hand of the king.”

6 But Jehoshaphat said, “Is there not yet a prophet of the Lord here, that we may inquire of him?”

7 The king of Israel said to Jehoshaphat, “There is yet one man by whom we may inquire of the Lord, but I hate him, for he never prophesies good concerning me but always disaster. He is Micaiah the son of Imla.”

Jehoshaphat said, “Do not let the king say such a thing.”

8 Then the king of Israel called an officer and said, “Get Micaiah the son of Imla quickly.”

9 Now the king of Israel and Jehoshaphat the king of Judah each sat on his throne, arrayed in their robes, and they were sitting in an open place at the entrance of the gate of Samaria; and all the prophets were prophesying before them. 10 Zedekiah the son of Chenaanah made himself horns of iron and said, “The Lord says, ‘With these you shall push the Syrians, until they are consumed.’ ”

11 All the prophets prophesied so, saying, “Go up to Ramoth Gilead and prosper, for the Lord will deliver it into the hand of the king.”

12 The messenger who went to call Micaiah spoke to him, saying, “The words of the prophets declare good to the king with one mouth. Let your word therefore please be like one of theirs, and speak good.”

14 When he had come to the king, the king said to him, “Micaiah, shall we go to Ramoth Gilead to battle, or shall I refrain?”

He said, “Go up and prosper. They shall be delivered into your hand.”

15 The king said to him, “How many times shall I make you swear that you speak to me nothing but the truth in the name of the Lord?”

16 He said, “I saw all Israel scattered on the mountains as sheep that have no shepherd. The Lord said, ‘These have no master. Let them each return to his house in peace.’ ”

17 The king of Israel said to Jehoshaphat, “Did I not tell you that he would not prophesy good concerning me, but disaster?”

18 Micaiah said, “Therefore hear the word of the Lord: I saw the Lord sitting on his throne and all the army of heaven standing on his right hand and on his left. 19 The Lord said, ‘Who will entice Ahab king of Israel, that he may go up and fall at Ramoth Gilead?’ One spoke saying in this way, and another saying in that way. 20 A spirit came out, stood before the Lord, and said, ‘I will entice him.’
“The Lord said to him, ‘How?’

21 “He said, ‘I will go and will be a lying spirit in the mouth of all his prophets.’
“He said, ‘You will entice him and will prevail also. Go and do so.’

22 “Now therefore, the Lord has put a lying spirit in the mouth of these your prophets, and the Lord has spoken destruction concerning you.”

23 Then Zedekiah the son of Chenaanah came near and struck Micaiah on the cheek and said, “Which way did the Spirit of the Lord go from me to speak to you?”

24 Micaiah said, “You shall see on that day, when you go into an inner room to hide yourself.”

25 The king of Israel said, “Take Micaiah, and carry him back to Amon the governor of the city and to Joash the king’s son 26 and say, ‘The king says, “Put this man in the prison and feed him with the bread of affliction and with the water of affliction, until I return in peace.” ’ ”

The Calling of the Gentiles

19 You will say then to me, “Why does he still find fault? For who withstands his will?” 20 But indeed, O man, who are you to reply against God? Will the thing formed ask him who formed it, “Why did you make me like this?” 21 Or does the potter not have a right over the clay, from the same lump to make one part a vessel for honor, and another for dishonor?

22 What if God, willing to show his wrath and to make his power known, endured with much patience, vessels of wrath prepared for destruction, 23 that he might make known the riches of his glory on vessels of mercy, which he prepared beforehand for glory, 24 us, whom he also called, not from the Jews only, but also from the Gentiles? 25 As he says also in Hosea,

“I will call them ‘my people,’ which were not my people;
and her ‘beloved,’ who was not beloved.”

26 “It will be that in the place where it was said to them, ‘You are not my people,’
there they will be called ‘children of the living God.’ ”

“If the number of the Israelites are as the sand of the sea,
it is the remnant who will be saved,

28 for He will finish the work and cut it short in righteousness,
because the Lord will make a short work upon the earth.”

29 As Isaiah has said before,

“Unless the Lord of Hosts had left us a seed,
we would have become like Sodom,
and would have been made like Gomorrah.”

32 Why? Because they did not seek it by faith, but as it were by works of the law. They stumbled over the stumbling stone, 33 as it is written,

“I lay in Zion a stumbling stone and a rock of offense,
and no one who believes in him will be disappointed.”

1 May the Lord answer you in the day of trouble.
May the name of the God of Jacob set you up on high.
2 May he send you help from the sanctuary,
and grant you support from Zion,
3 and remember all your offerings,
and accept your burned sacrifice. 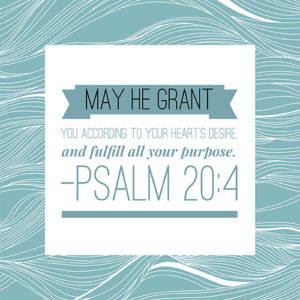 4 May he grant you according to your heart’s desire,
and fulfill all your purpose.
5 We will triumph in your salvation.
In the name of our God, we will set up our banners.
May the Lord grant all your requests.

6 Now I know that the Lord saves his anointed.
He will answer him from his holy heaven,
with the saving strength of his right hand.
7 Some trust in chariots, and some in horses,
but we trust in the name of the Lord our God.
8 They are bowed down and fallen,
but we rise up, and stand upright.
9 Save us Lord!
Let the King answer us when we call!

2 The terror of a king is like the roaring of a lion.
He who provokes him to anger forfeits his own life.
3 It is an honor for a man to keep aloof from strife,
but every fool will be quarreling.