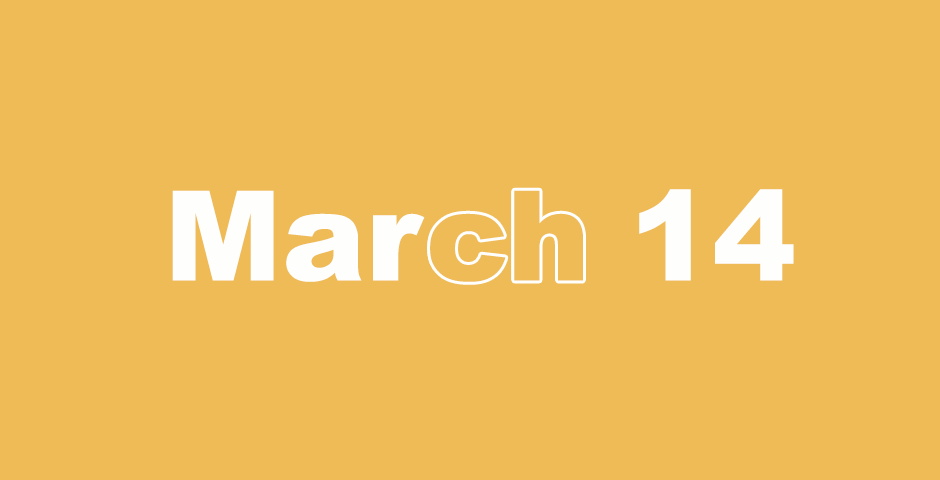 His mercy is on those who fear him, from generation to generation. Luke 1:50

1 The Israelites traveled and encamped in the plains of Moab beyond the Jordan at Jericho. 2 Balak the son of Zippor saw all that Israel had done to the Amorites. 3 Moab was distressed and terrified of the people because the Israelites were so numerous. 4 Moab said to the elders of Midian, “Now this multitude will devour all that is around us, like the ox devours the grass of the field.”

Balak the son of Zippor was king of Moab at that time. 5 He sent messengers to Balaam the son of Beor, to Pethor, which is by the River, to the land of the descendants of his people, to call him, saying, “There is a people who came out of Egypt. They cover the face of the earth, and they are dwelling across from me. 6 Please come now therefore and curse this people for me, for they are too mighty for me. Perhaps I shall prevail, that we may strike them and that I may drive them out of the land, for I know that he whom you bless is blessed, and he whom you curse is cursed.”

7 The elders of Moab and the elders of Midian departed with the diviner’s compensation in their hand. They came to Balaam and told him the words of Balak.

8 He said to them, “Lodge here tonight, and I will bring word back, as the Lord speaks to me.” So the leaders of Moab stayed with Balaam.

9 God came to Balaam and asked, “Who are these men with you?”

10 Balaam answered God, “Balak the son of Zippor, king of Moab has said to me, 11 ‘There is a people that has come out of Egypt which covers the face of the earth. Come now and curse them for me. Perhaps I will be able to fight against them and drive them out.’ ”

13 Balaam rose up in the morning and said to the leaders of Balak, “Go to your land, for the Lord refuses to give me permission to go with you.”

14 The princes of Moab rose up, and they went to Balak and said, “Balaam refuses to come with us.”

15 Balak again sent leaders, more and more honorable than they. 16 They came to Balaam and said to him, “Balak the son of Zippor says, ‘Please let nothing hinder you from coming to me, 17 for I will promote you to very great honor and whatever you say to me I will do. Please come therefore, and curse this people for me.’ ”

18 Balaam answered the servants of Balak, “Even if Balak gave me his house full of silver and gold, I could not go beyond the word of the Lord my God, to do less or more. 19 Now therefore, please stay here tonight as well, that I may know what else the Lord will say to me.”

20 God came to Balaam at night and said to him, “If the men have come to call you, get up and go with them, but you shall do only the word which I speak to you.”

21 Balaam rose up in the morning and saddled his donkey and went with the princes of Moab.

The Angel and Balaam’s Donkey

22 God’s anger burned because he went, and the Angel of the Lord placed himself in the way as an adversary against him. Now he was riding on his donkey, and his two servants were with him. 23 The donkey saw the Angel of the Lord standing in the way, with his sword drawn in his hand, and the donkey turned from the path and went into the field. Balaam struck the donkey, to turn her onto the path.

26 The Angel of the Lord went further and stood in a narrow place where there was no way to turn either to the right or to the left. 27 The donkey saw the Angel of the Lord, and she lay down under Balaam. Balaam’s anger burned, and he struck the donkey with his staff.

28 The Lord opened the mouth of the donkey, and she said to Balaam, “What have I done to you, that you have struck me these three times?”

29 Balaam said to the donkey, “Because you have mocked me, I wish there were a sword in my hand, for I would kill you now.”

30 The donkey said to Balaam, “Am I not your donkey, on which you have ridden ever since I was yours, until this day? Was I ever in the habit of doing this to you?”
He said, “No.”

31 Then the Lord opened the eyes of Balaam, and he saw the Angel of the Lord standing in the way, with his sword drawn in his hand, and he bowed his head and fell flat on his face.

32 The Angel of the Lord said to him, “Why have you struck your donkey these three times? I have come out as an adversary, because your way is perverse before me. 33 The donkey saw me and turned away before me these three times. Unless she had turned away from me, surely now I would have slain you and let her live.”

34 Balaam said to the Angel of the Lord, “I have sinned, for I did not know that you stood against me on the road. Now therefore, if it displeases you, I will turn back.”

35 The Angel of the Lord said to Balaam, “Go with the men, but speak only the words I speak to you.”

So Balaam went with the leaders of Balak. 36 When Balak heard that Balaam had come, he went out to meet him to the City of Moab, on the border of the Arnon river, which is at the extreme end of the coast. 37 Balak said to Balaam, “Did I not send an urgent summons to you? Why did you not come to me? Am I indeed not able to honor you?”

38 Balaam said to Balak, “I have come to you now. Have I any power to speak anything but the word that God puts in my mouth? That, I shall I speak.”

39 Balaam went with Balak, and they came to Kiriath Huzoth. 40 Balak sacrificed cattle and sheep and sent for Balaam and the leaders who were with him. 41 In the morning, Balak took Balaam and brought him up into the high places of Baal, and from there he could see the extent of the people.

The Birth of Jesus Foretold

26 Now in the sixth month, the angel Gabriel was sent by God to a city of Galilee named Nazareth, 27 to a virgin pledged to be married to a man whose name was Joseph, of the house of David. The virgin’s name was Mary. 28 The angel came in and said to her, “Hail, favored one! The Lord is with you. Blessed are you among women!”

29 But when she saw him, she was greatly troubled at what he said and pondered what kind of greeting this might be.

30 The angel said to her, “Do not be afraid, Mary, for you have found favor with God. 31 You will conceive in your womb and give birth to a son, and shall name him ‘Jesus.’ 32 He will be great and will be called the Son of the Most High. The Lord God will give him the throne of his father David, 33 and he will reign over the house of Jacob forever, and his kingdom will have no end.”

34 Mary said to the angel, “How will this happen, since I am a virgin?”

35 The angel answered her, “The Holy Spirit will come upon you, and the power of the Most High will overshadow you. Therefore also the holy one who is born from you shall be called the Son of God. 36 Elizabeth, your relative, has also conceived a son in her old age, and she who was called barren is in her sixth month. 27 For with God, nothing is impossible.”

38 Mary said, “I am the handmaid of the Lord. Let it be done to me according to your word.”

And the angel departed from her. 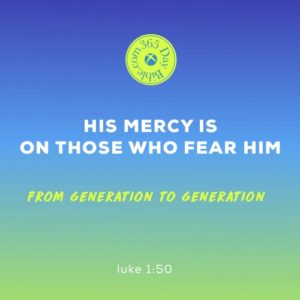 39 And Mary, rising up in those days, went in haste into the hill country, to a city of Juda, 40 and entered the house of Zacharias and greeted Elizabeth.

41 When Elizabeth heard Mary’s greeting, the baby leapt in her womb, and Elizabeth was filled with the Holy Spirit. 42 She called out with a loud voice and said, “Blessed are you among women and blessed is the fruit of your womb! 43 Why am I so favored, that the mother of my Lord should come to me? 44 For when the sound of your greeting reached my ears, the baby leapt for joy in my womb! 45 Blessed is she who believed, for the things which have been spoken to her from the Lord will be fulfilled!”

“My soul magnifies the Lord.
47 My spirit has rejoiced in God my Savior,
48 for he has regarded the lowliness of his handmaid.
For from now on, all generations will call me blessed.
49 For he who is mighty has done great things for me.
Holy is his name.

50 His mercy is on those who fear him,
from generation to generation.
51 He has shown strength with his arm.
He has scattered the proud
in and by the imagination of their hearts.
52 He has brought down the mighty from their seats
and has exalted the lowly.

53 He has filled the hungry with good things.
He has sent the rich away empty.
54 He has helped his servant Israel,
in remembrance of his mercy,
55 as he spoke to our fathers,
to Abraham and his offspring forever.”

56 Mary stayed with her about three months and then returned to her own house.

My Soul Takes Refuge in You

For the Chief Musician. To the tune of “Do Not Destroy.” A poem by David, when he fled from Saul, in the cave.

1 Be merciful to me, O God,
be merciful to me for my soul takes refuge in you.
Yes, in the shadow of your wings, I will take refuge,
until disaster has passed.
2 I cry out to God Most High,
to God who accomplishes all things for me.
3 He will send from heaven and save me.
He rebukes the one who is pursuing me.

God will send out his loving kindness and his truth.
4 My soul is among lions.
I lie among those who are set on fire,
the sons of men, whose teeth are spears and arrows,
and their tongue a sharp sword.
5 Be exalted, O God, above the heavens!
Let your glory be above all the earth!

6 They have prepared a net for my steps.
My soul is bowed down.
They dig a pit before me.
They fall into the middle of it themselves.

9 I will give thanks to you, Lord, among the peoples.
I will sing praises to you among the nations.
10 For your great loving kindness reaches to the heavens,
and your truth to the clouds.
11 Be exalted, O God, above the heavens.
Let your glory be over all the earth.

9 A hypocrite destroys his neighbor with his mouth,
but through knowledge the righteous shall be delivered.
10 When it goes well with the righteous, the city rejoices.
When the wicked perish, there is shouting.
11 By the blessing of the upright, the city is exalted,
but it is overthrown by the mouth of the wicked.