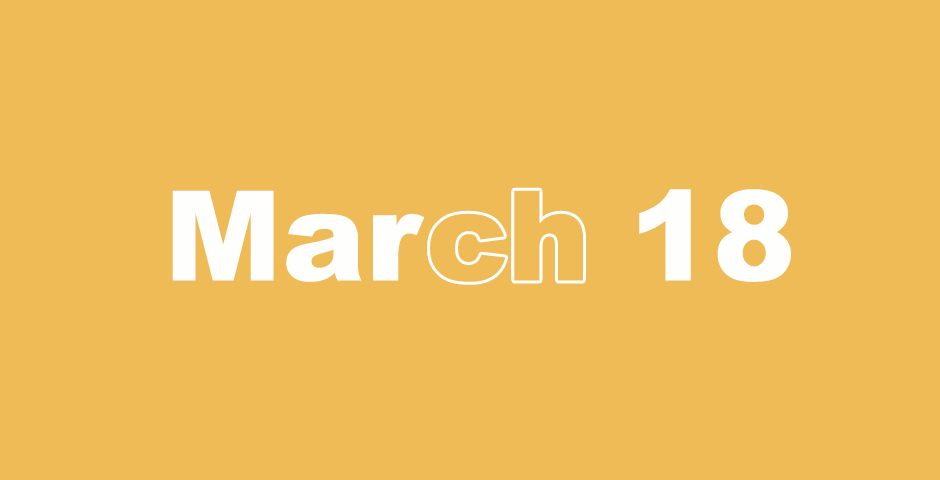 From the end of the earth, I will call to you when my heart is overwhelmed. Lead me to the rock that is higher than I. Psalm 61:2

The Daughters of Zelophehad

1 The daughters of Zelophehad (Mahlah, Noah, Hoglah, Milcah, and Tirzah) came to present their case. Their father, Zelophehad, was the son of Hepher, son of Gilead, son of Machir, son of Manasseh (of the Manasseh family), son of Joseph.

2 They stood before Moses, Eleazar the priest, and all of the congregational leaders, at the door of the Tent of Meeting and said, 3 “Our father died in the wilderness. He was not among the followers of Korah who gathered together against the Lord, but he died in his own sin. He had no sons. 4 Why shouldn’t our father’s family name be carried on, just because he had no son? Give us a possession of land among the brothers of our father.”

5 Moses brought their case before the Lord.

The Law of Inheritances

Moses Asks for a Successor

12 The Lord said to Moses, “Go up onto this mountain of Abarim and look at the land which I have given to the Israelites. 13 After you have seen it, you shall be gathered to your people, just as Aaron your brother was gathered, 14 because you rebelled against my command in the wilderness of Zin. While the assembly was quarreling, you failed to reverence me as holy at the waters in front of them.” (These are the waters of Meribah of Kadesh in the wilderness of Zin.)

15 Moses replied to God, 16 “Let the Lord God, the breath of all beings, appoint a leader over the community 17 who will go out before them and come in before them, and who will lead them out and bring them in, that the Lord’s people will not be as sheep without a shepherd.”

18 The Lord said to Moses, “Take Joshua the son of Nun, a man who has the spirit in him, and lay your hand on him. 19 Bring him before Eleazar the priest and before the entire congregation, and commission him in their sight. 20 You shall bestow your authority upon him so that the entire Israelite community will be obedient to him. 21 He shall seek counsel from Eleazar the priest, who shall inquire of the Lord using the sacred lot of the Urim for Lord’s judgements. At Joshua’s command they shall go out, and at his word they shall come in, both he and all the Israelites with him, the entire community.”

22 Moses did as the Lord commanded him. He took Joshua and set him before Eleazar the priest and before the entire congregation. 23 He laid his hands on him and commissioned him, as the Lord had spoken through Moses.

1 Now in the 15th year of the reign of Tiberius Caesar, Pontius Pilate being governor of Judea, and Herod being tetrarch of Galilee, and his brother Philip tetrarch of the region of Ituraea and Trachonitis, and Lysanias tetrarch of Abilene, 2 in the high priesthood of Annas and Caiaphas, the word of God came to John, the son of Zacharias, in the wilderness. 3 He went throughout the regions that surrounded the Jordan River, preaching the baptism of repentance for remission of sins.

4 As it is written in the book of the words of the prophet, Isaiah,

“The voice of one crying in the wilderness,
‘Prepare the way for the Lord.
Make his paths straight.

5 Every valley will be filled.
Every mountain and hill will be brought low.
The crooked will become straight
and the rough ways smooth.
6 All mankind shall see the salvation of God.’ ” a

7 Then John said to the crowds who came out to be baptized by him, “You brood of vipers! Who warned you to run from the wrath to come? 8 Therefore produce fruit worthy of one who has repented and do not begin to say among yourselves, ‘We have Abraham for our father,’ for I tell you that God is able to raise up children of Abraham from these stones! 9 Even now the ax lies at the root of the trees. Every tree therefore that does not produce good fruit will be cut down and thrown into the fire.”

11 He answered them, “If you have two shirts, give one to someone who has none. If you have food, do the same.”

12 Tax collectors also came to be baptized, and they said to him, “Teacher, what must we do?”

13 He said to them, “Collect no more than that which is appointed to you.”

14 Soldiers also asked him, saying, “What about us? What must we do?”
He said to them, “Do not extort money or falsely accuse anyone. Be content with your wages.”

15 With rising hope, the people began wondering if John was the Messiah. 16 John answered all of them, “Yes, I do baptize you with water, but Someone is coming who is mightier than I, the strap of whose sandals I am not worthy to loosen. He will baptize you in the Holy Spirit and fire, 17 whose winnowing fork is in his hand, and he will thoroughly cleanse his threshing floor and will gather the wheat into his barn, but he will burn up the chaff with unquenchable fire.”

18 Then along with many other urgent warnings, he preached the Gospel to the people, 19 but Herod the tetrarch, having been corrected by John for his adultery with Herodias, his brother’s wife, and for all the evil things which Herod had done, 20 added this on top of everything else: he shut John up in prison.

21 Now while all the people were being baptized, Jesus had also been baptized and was praying. The heavens opened, 22 and the Holy Spirit descended on him in a bodily form like a dove, and a voice came out of the heavens, saying,

“You are my beloved Son. In you I am well pleased.”

Hear My Cry. Listen to My Prayer

For the Chief Musician. For a stringed instrument. By David. 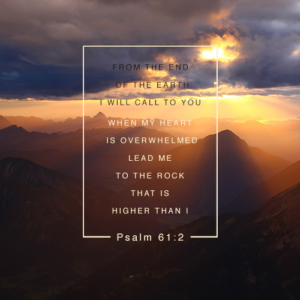 1 Hear my cry, O God.
Listen to my prayer.
2 From the end of the earth,
I will call to you when my heart is overwhelmed.
Lead me to the rock that is higher than I.

3 For you have been a refuge for me,
a strong tower from the enemy.
4 I will dwell in your tent forever.
I will take refuge in the shelter of your wings.

5 For you, O God, have heard my vows.
You have given me the heritage of those who fear your name.
6 You will prolong the king’s life.
His years will be for generations.
7 He shall be enthroned in the presence of the Lord forever.
Appoint your loving kindness and truth, that they may preserve him.
8 So I will sing praise to your name forever,
that I may fulfill my vows daily.

16 A gracious woman obtains honor,
but violent men obtain riches.
17 The merciful man does good to his own soul,
but he who is cruel troubles his own flesh.