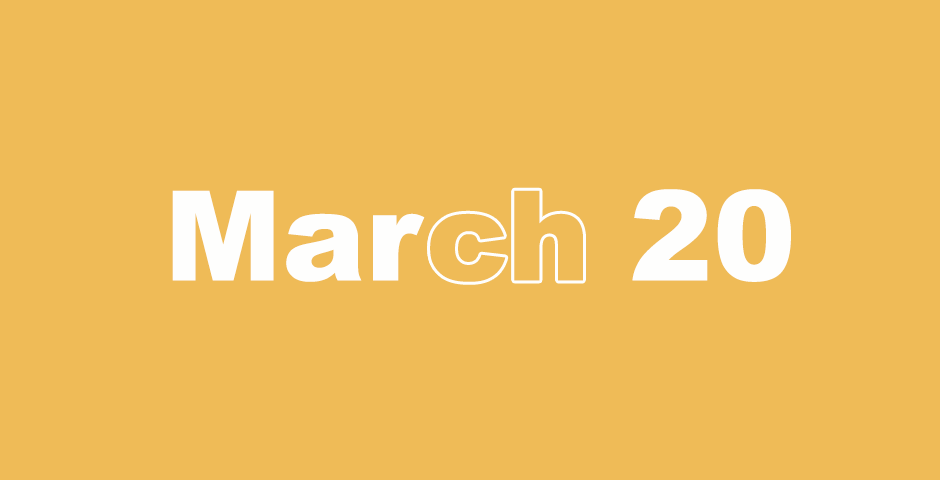 For you have been my help. I will rejoice in the shadow of your wings.
Psalm 63:7

1 Moses spoke to the heads of the tribes of the Israelites and said, “This is what the Lord has commanded:

2 When a man makes a vow to the Lord or enters into a binding agreement, he shall not break his word. He shall do everything he said he would do.

9 Every binding agreement that a widow or divorced woman enters into will be valid.

13 A husband may either establish or void every binding agreement or commitment his wife enters into. 14 But if her husband says nothing when he hears of it, then by his silence all of the agreements and commitments that she has entered into will be valid and binding.  He has confirmed the agreements because he said nothing when he heard of it. 15 If he delays in objecting after he has heard of it, then he will bear all of the responsibility for her agreements and commitments.”

16 These are the statutes which the Lord commanded Moses, between a man and his wife, and between a father and his young daughter living with him.

1 The Lord spoke to Moses, and said, 2 “Avenge the Israelites against the Midianites. Afterward you shall be gathered to your people.”

3 Moses spoke to the people and said, “Arm your men for war against Midian to execute the Lord’s vengeance. 4 Send 1,000 men from each tribe throughout all the tribes of Israel, to fight.” 5 So 12,000 men were armed for battle: 1,000 from each tribe.

6 Moses sent them to war, 1,000 from every tribe, along with Phinehas, son of Eleazar the priest to bring the sanctuary vessels and the trumpets for sounding an alarm.

7 They fought against Midian, as the Lord commanded Moses and slayed all their men. 8 They killed the five kings of Midian (Evi, Rekem, Zur, Hur, and Reba) with the rest of their slain. They also killed Balaam, son of Beor by sword. 9 The Israelites took the Midianite women and children captive along with all their livestock, all their flocks, and all their goods, as plunder. 10 They set all their cities and camps on fire 11 and took all the captives and plunder, both people and animals. 12 They brought the captives and the plunder to Moses, Eleazar the priest, and the Israelite community, to the camp at the plains of Moab by the Jordan at Jericho.

15 Moses said to them, “Have you let all the women live? 16 They are the ones who, through Balam’s counsel, caused the Israelites to sin against the Lord in the incident at Peor, bringing a plague on the Lord’s people. 17 Now therefore kill every male child and every woman who is not a virgin. 18 But keep all the virgin girls alive for yourselves.

19 “Anyone among you who has killed someone or touched a dead body must stay outside of the camp for seven days. Purify both yourselves and your captives on the third and seventh day.  20 You shall purify every garment and everything that is made of leather, goats’ hair, or wood.”

21 Eleazar the priest said to the men who had fought in the war, “This is the established ordinance which the Lord commanded Moses: 22 gold, silver, bronze, iron, tin, and lead; 23 everything that can withstand fire, you must purify by fire, and it will be clean; but it must also be purified with water. All that cannot withstand fire you shall purify in water. 24 You shall wash your clothes on the seventh day, and you shall be clean. Afterward you may come into the camp.”

Dividing up the Spoils

25 The Lord spoke to Moses and said, 26–“You, Eleazar the priest and the heads of each family in the community are to make a record of all the plunder that was taken, both people and  animals, 27 and divide the plunder into two parts: between the soldiers who fought in battle and the rest of the community. 28 From the soldiers’ portion, levy a tribute to the Lord: one out of every 500 people, cattle, donkeys, sheep and goats. 29 Take it from their half and give it to Eleazar the priest, for the Lord’s Wave Offering. 30 Of the Israelite communities’ half, you shall take one out of every 50 people, cattle, donkeys, sheep and goats, and give them to the Levites, who perform the duty of the Lord’s tabernacle.”

31 Moses and Eleazar the priest did as the Lord commanded Moses. 32 Now the plunder, over and above the booty which the soldiers took, was:

41 Moses gave the tribute, which was Lord’s Wave Offering, to Eleazar the priest, as the Lord had commanded Moses.

42 The half that was designated for the Israelite community, which Moses had divided from the soldiers’ half,  43 their half was:

47 From the Israelites’ half, Moses took one out of every 50, of both people and animals, and gave them to the Levites, who performed the duty of the Lord’s tabernacle, as the Lord commanded Moses.

48 The officers who were over 1,000’s in the army, the captains of 1,000’s, and the captains of 100’s, went to Moses. 49 They said to him, “Your servants have counted all the soldiers under our command, and not one of us is missing from battle.  50.We have brought an offering to the Lord from what all of us found: gold ornaments, armlets, bracelets, signet rings, earrings, and necklaces, to make atonement for our lives before the Lord.”

51 Moses and Eleazar the priest accepted their gold and jewelry. 52 All the gold for the Wave Offering that they offered up to the Lord, from the captains of 1,000’s and captains of 100’s, was 421 pounds. 53.The soldiers had each taken booty for himself. 54 Moses and Eleazar the priest took the gold and brought it into the Tent of Meeting on behalf of the Israelites, and offered it as a memorial to the Lord.

The Temptation of Jesus

1 Jesus, full of the Holy Spirit, returned from the Jordan, and was led by the Spirit into the wilderness. 2 For 40 days he was tempted by the devil. He ate nothing during those days and when they had ended, he was hungry.  3 The devil said to him, “If you are the Son of God, command this stone to become bread.”

4 Jesus answered him, and said, “It is written, ‘Man does not live by bread alone, but by every word from God.’ ” a

5 The devil, leading him up on a high mountain, pointed out to him–all at once–all the kingdoms of the world. 6 The devil said to him, “I will give you all this authority and all this glory, for it has been given to me; and I can give it to whomever I want. 7 Therefore, if you will worship me, it will all be yours.”

8 Jesus answered him, “Get behind me Satan! For it is written, ‘You shall worship the Lord your God, and serve him only.’ ” b

9 He led him to Jerusalem and set him on the pinnacle of the temple and said to him, “If you are the Son of God, cast yourself down from here, 10 for it is written,

‘He will put his angels in charge of you, to guard you;’
11 and, ‘On their hands they will bear you up,
lest you dash your foot against a stone.’ ” c

13 When the devil had completed every temptation, he departed from him until another opportunity came.

14 Jesus returned in the power of the Spirit into Galilee, and news about him spread throughout all the surrounding regions. 15 He taught in their synagogues, and he was admired by everyone.

16 He came to Nazareth, where he had been brought up. He entered, as was his custom, into the synagogue on the Sabbath day, and stood up to read. 17 The book of the prophet Isaiah was handed to him. He opened the book, and found the place where it was written,

18 “The Spirit of the Lord is on me,
because he has anointed me to preach good news to the poor.
He has sent me to heal the broken-hearted,
to proclaim release to the captives,
to recover sight to the blind,
to deliver those who are crushed,
19 and to proclaim the acceptable year of the Lord.” e

20 He closed the book, gave it back to the attendant, and sat down. The eyes of all in the synagogue were fastened on him.

21 He began to tell them, “Today, this Scripture has been fulfilled in your hearing.”

22 Everyone spoke well of him, and marveled at the gracious words that flowed from his mouth, and they said, “Isn’t this Joseph’s son?”

23 He said to them, “Doubtless you will tell me this parable, ‘Physician, heal yourself! Whatever we have heard you have done at Capernaum, do also here in your hometown.’ ” 24 He said, “Most certainly I tell you, no prophet is accepted in his hometown. 25 I assure you, in the days of Elijah, when there was no rain for three and a half years and a great famine came over the land, there were many widows in Israel. 26 Elijah was sent to none of them. Instead, he was sent to a widow in Zarephath, in the land of Sidon. 27 At the time of the prophet Elisha, there were many lepers in Israel, yet not one of them was cleansed. Instead, it was Naaman, from Syria.”

28 They were all filled with rage in the synagogue, as they listened to these things. 29 They rose up, threw him out of the city, and led him to the edge of the hill that their city was built on, that they might throw him off the cliff. 30 But he, passing through the midst of them, went his way.

A Psalm by David, when he was in the desert of Judah.

1 God, you are my God.
I will earnestly seek you.
My soul thirsts for you.
My flesh longs for you,
in a dry and weary land, where there is no water.

2 So I have seen you in the sanctuary,
watching your power and your glory.
3 Because your loving kindness is better than life,
my lips shall praise you.
4 So I will bless you while I live.
I will lift up my hands in your name.

5 My soul shall be satisfied as with the richest food.
My mouth shall praise you with joyful lips,
6 when I remember you on my bed,
and think about you in the night watches.
7 For you have been my help.
I will rejoice in the shadow of your wings.
8 My soul stays close to you.
Your right hand holds me up.

9 But those who seek my life to destroy it
shall go into the lower parts of the earth.
10 They shall be given over to the power of the sword.
They shall be jackal food.
11 But the king shall rejoice in God.
Everyone who swears by him will praise him,
for the mouth of those who speak lies shall be silenced.