He lifted up his eyes to his disciples, and said, “Blessed are you who are poor, for the Kingdom of God is yours. Luke 6:20

Moses Describes Wanderings in the Wilderness

1 Then we turned, and took our journey into the wilderness by the way of the Red Sea, as the Lord spoke to me; and we encircled Mount Seir many days.

2 The Lord spoke to me, saying, 3 “You have been circling this mountain long enough. Turn northward. 4 Command the people, saying, ‘You are to pass through the border of your brothers, the descendants of Esau, who are living in Seir; and they will be afraid of you. Therefore be careful. 5 Do not contend with them; for I will not give you any of their land, no, not so much as for the sole of your foot to tread on, because I have given Mount Seir to Esau as a possession. 6 You shall purchase food from them with money, so that you may eat. You shall also buy water from them with money, that you may drink.’ ”

8 So we passed by from our brothers, Esau’s descendants, who live in Seir, from the way of the Arabah from Elath and from Ezion Geber. We turned and passed by the way of the wilderness of Moab.

9 The Lord said to me, “Do not bother Moab and do not contend with them in battle; for I will not give you any of their land as a possession, because I have given Ar to Lot’s descendants for a possession.”

10 (The Emim lived there before, a great and numerous people, and tall as the Anakim. 11 These also are considered to be Rephaim, as the Anakim; but the Moabites call them Emim. 12 The Horites also lived in Seir in the past, but Essau’s descendants succeeded them. They destroyed the Horites from before them, and lived in their place, as Israel did to the land of his possession, which the Lord gave to them.)

14 It was 38 years from the time we came from Kadesh Barnea until we had come over the brook Zered, until the entire generation of the men of war were consumed from the middle of the camp, as the Lord swore to them. 15 Moreover the Lord’s hand was against them, to destroy them from the middle of the camp, until they were consumed. 16 So, when all the men of war were consumed and dead from among the people, 17 the Lord spoke to me, saying, 18 “You are to pass over Ar, the border of Moab, today. 19 When you come near the border of the children of Ammon, don’t bother them, nor contend with them; for I will not give you any of the land of Ammon’s descendants for a possession, because I have given it to Lot’s descendants for a possession.”

24 “Rise up, take your journey, and cross over the valley of the Arnon. Behold, I have given into your hand, Sihon the Amorite, King of Heshbon, and his land. Confront him in battle, and begin taking possession of it. 25 Today I will begin to put the fear and dread of you on everyone under the heavens. They will hear the report of you, and will tremble in fear because of you.”

26 I sent messengers out of the wilderness of Kedemoth to Sihon king of Heshbon with words of peace, saying, 27 “Let me pass through your land. I will go along by the highway. I will turn neither to the right hand nor to the left. 28 You shall sell me food with money, that I may eat; and give me water with money, that I may drink. Just let me pass through on my feet, 29 as the children of Esau who dwell in Seir, and the Moabites who dwell in Ar, did to me; until I pass over the Jordan into the land which the Lord your God gives us.” 30 But Sihon, King of Heshbon would not let us pass by him; for the Lord your God hardened his spirit and made his heart obstinate, that he might deliver him into your hand, as he is doing today.

31 The Lord said to me, “I have begun to deliver up Sihon and his land before you. Begin taking possession, that you may inherit his land.”

32 Then Sihon came out against us, he and all his people, to battle at Jahaz. 33 The Lord our God delivered him up before us; and we struck him, his sons, and all his people. 34 We took all his cities at that time, and utterly destroyed every inhabited city, with the women and the little ones. We left no one remaining. 35 We took only the livestock as plunder for ourselves, along with the plunder of the cities which we had taken. 36 From Aroer, which is on the edge of the valley of the Arnon, and the city that is in the valley, even to Gilead, there was not a city too high for us. The Lord our God delivered up everyone before us. 37 Only to the land of the descendants of Ammon you did not come near: all the banks of the river Jabbok, and the cities of the hill country, and wherever the Lord our God forbade us.

1 Then we turned and went up the way to Bashan. Og, King of Bashan came out against us, he and all his people, to battle at Edrei. 2 The Lord said to me, “Do not fear him; for I have delivered him, with all his people, and his land, into your hand. You shall do to him as you did to Sihon, King of the Amorites, who lived at Heshbon.”

3 So the Lord our God also delivered Og, King of Bashan into our hand, and all his people. We struck him until no one was left to him remaining. 4 We took all his cities at that time. There was not a city which we did not take from them: 60 cities, the entire region of Argob, Kingdom of Og in Bashan. 5 All these were cities fortified with high walls, gates, and bars, in addition to a great many villages without walls. 6 We utterly destroyed them, as we did to Sihon, King of Heshbon, utterly destroying every inhabited city, with the women and the little ones. 7 But all the livestock, and the plunder of the cities, we took for plunder for ourselves. 8 We took the land at that time out of the hand of the two kings of the Amorites who were beyond the Jordan, from the valley of the Arnon to Mount Hermon. 9 (The Sidonians call Hermon Sirion, and the Amorites call it Senir.) 10 We took all the cities of the plain, and all Gilead, and all Bashan, to Salecah and Edrei, cities of the kingdom of Og in Bashan. 11 (For only Og, King of Bashan remained of the remnant of the Rephaim. Behold, his bedstead was a bedstead of iron. Is it not in Rabbah of the descendants of Ammon? It was 13½ feet long and and six feet wide.

Division of the Land

12 This land we took in possession at that time: from Aroer, which is by the valley of the Arnon, and half the hill country of Gilead with its cities, I gave to the Reubenites and to the Gadites; 13 and the rest of Gilead, and all Bashan, the kingdom of Og, I gave to the half-tribe of Manasseh—all the region of Argob, even all Bashan. (The same is called the land of Rephaim. 14 Jair the son of Manasseh took all the region of Argob, to the border of the Geshurites and the Maacathites, and called them, even Bashan, after his own name, Havvoth Jair, to this day.) 15 I gave Gilead to Machir. 16 To the Reubenites and to the Gadites I gave from Gilead even to the valley of the Arnon, the middle of the valley, and its border, even to the river Jabbok, which is the border of the children of Ammon; 17 the Arabah also, and the Jordan and its border, from Chinnereth even to the sea of the Arabah, the Salt Sea, under the slopes of Pisgah eastward.

18 I commanded you at that time, saying, “The Lord your God has given you this land to possess it. All of you men of valor shall pass over armed before your brothers, the Israelites. 19 But your wives, and your little ones, and your livestock, (I know that you have much livestock), shall live in your cities which I have given you, 20 until the Lord gives rest to your brothers, as to you, and they also possess the land which the Lord your God gives them beyond the Jordan. Then you shall each return to his own possession, which I have given you.”

21 I commanded Joshua at that time, saying, “Your eyes have seen all that the Lord your God has done to these two kings. So shall the Lord do to all the kingdoms where you go over. 22 You shall not fear them; for the Lord your God himself fights for you.”

Moses Forbidden to Cross the Jordan

23 I begged the Lord at that time, saying, 24 “Lord God, you have begun to show your servant your greatness, and your strong hand. For what god is there in heaven or in earth that can do works like yours, and mighty acts like yours? 25 Please let me go over and see the good land that is beyond the Jordan, that fine mountain, and Lebanon.”

26 But the Lord was angry with me because of you, and didn’t listen to me. The Lord said to me, “That is enough! Speak no more to me of this matter. 27 Go up to the top of Pisgah, and lift up your eyes westward, and northward, and southward, and eastward, and see with your eyes; for you shall not go over this Jordan. 28 But commission Joshua, and encourage him, and strengthen him; for he shall go over before this people, and he shall cause them to inherit the land which you shall see.”

29 So we stayed in the valley near Beth Peor.

12 In these days, he went out to the mountain to pray, and he continued all night in prayer to God. 13 When it was day, he called his disciples, and from them he chose twelve, whom he also named apostles: 14 Simon, whom he also named Peter; Andrew, his brother; James; John; Philip; Bartholomew; 15 Matthew; Thomas; James, the son of Alphaeus; Simon, who was called the Zealot; 16 Judas the son of James; and Judas Iscariot, who also became a traitor.

Jesus Ministers to a Great Crowd

17 He came down with them, and stood on a level place, with a crowd of his disciples, and a great number of the people from all Judea and Jerusalem, and the sea coast of Tyre and Sidon, who came to hear him and to be healed of their diseases; 18 as well as those who were troubled by unclean spirits, and they were being healed. 19 The whole crowd sought to touch him, for power came out of him and healed them all. 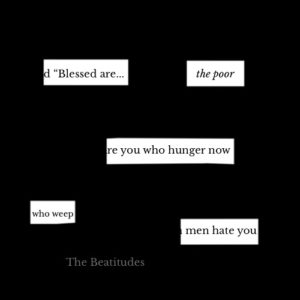 20 He lifted up his eyes to his disciples, and said,
“Blessed are you who are poor,
for the Kingdom of God is yours.

22 Blessed are you when men hate you, and when they exclude and mock you, and throw out your name as evil, for the Son of Man’s sake.

23 Rejoice in that day, and leap for joy, for your reward is great in heaven, for their fathers did the same thing to the prophets.

24 “But woe to you who are rich!
For you have received your consolation.

26 Woe, when men speak well of you,
for their fathers did the same thing to the false prophets.

36 “Therefore be merciful,
even as your Father is also merciful.

For the Chief Musician. With stringed instruments. A Psalm. A song.

1 May God be merciful to us, bless us,
and cause his face to shine on us.

27 He who diligently seeks good seeks favor,
but he who searches after evil, it shall come to him.