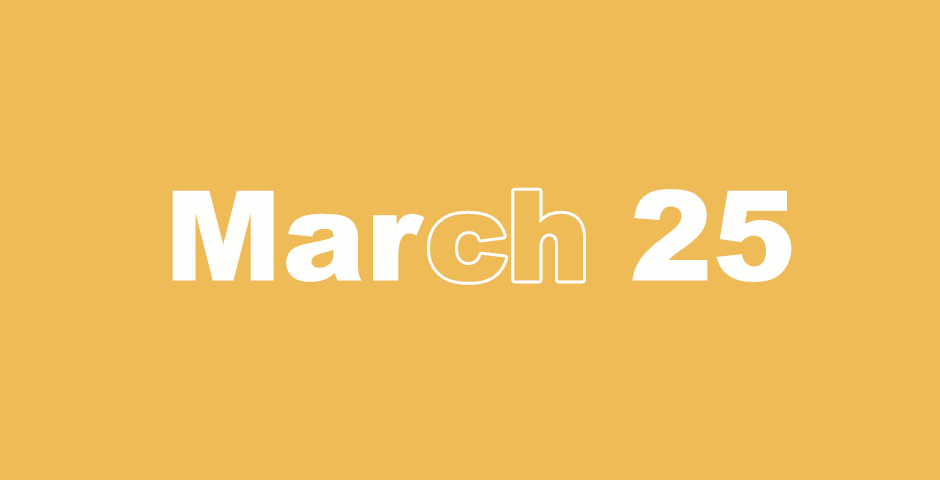 An Exhortation to Obedience

1 Now, Israel, listen to the statutes and to the ordinances which I am teaching you and do them so that you may live and go in and possess the land which the Lord, the God of your fathers, is giving you. 2 You shall not add to the word which I command you, neither shall you take away from it, that you may keep the commandments of the Lord your God which I am commanding you.

5 I have taught you statutes and ordinances, just as the Lord my God commanded me, that you should do so in the midst of the land where you are going in to possess. 6 Keep them, therefore, and do them, for this is your wisdom and your understanding in the sight of the people who shall hear all these statutes and say, “Surely this great nation is a wise and understanding people.”

9 Only be careful, and keep your soul diligently, lest you forget the things which your eyes saw, and lest they depart from your heart all the days of your life, but make them known to your children and your children’s children— 10 the day that you stood before the Lord your God in Horeb, when the Lord said to me, “Assemble the people to me, and I will make them hear my words, that they may learn to fear me all the days that they live on the earth and that they may teach their children.”

11 You came near and stood under the mountain. The mountain burned with fire to the very heart of the sky, with a heavy cloud of smoke and thick darkness. 12 The Lord spoke to you from the midst of the fire: you heard the sound of his voice and his words, but you saw no form. You only heard a voice. 13 He declared to you his covenant, which he commanded you to perform: the Ten Commandments. He wrote them on two stone tablets. 14 The Lord commanded me at that time to teach you statutes and ordinances, that you might do them in the land where you are going over to possess.

19 Lest you lift up your eyes to the sky, and when you see the sun and the moon and the stars, all the host of heaven, you are drawn away and worship them and serve them, which the Lord your God has allotted to all the peoples under the entire heavens. 20 But the Lord has taken you and brought you out of the iron furnace, out of Egypt, to be to him a people of inheritance, as it is today.

25 When you shall father children and grandchildren, and you shall have been in the land for a long time, and corrupt yourselves, making a carved image in the form of anything, or when you do that which is evil in the Lord your God’s sight, provoking him to anger, 26 I call heaven and earth to witness against you today, that you will soon utterly perish from off the land which you go over the Jordan to possess. You will not prolong your days on it but will utterly be destroyed. 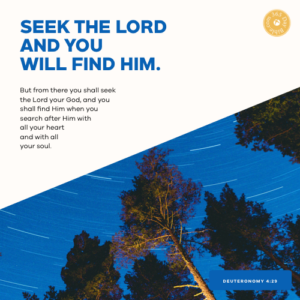 27 The Lord will scatter you among the people, and you will be left few in number among the nations where the Lord will lead you away. 28 There you shall serve gods, the work of men’s hands, wood and stone, which neither see, nor hear, nor eat, nor smell.

The Lord Alone is God

32 For ask now of the days that are past, which were before you, since the day that the Lord created man on the earth, and from one end of the sky to the other, whether there has been anything as great as this thing, or has been heard like it? 33 Did a people ever hear the voice of God speaking out of the midst of fire, as you have heard, and live? 34 Or has the Lord tried to go and take a nation for himself from among another nation, by trials, by signs, by wonders, by war, by a mighty hand, by an outstretched arm, and by great terrors, according to all that the Lord your God did for you in Egypt before your eyes?

35 It was shown to you so that you might know that the Lord is God. There is no one else besides him. 36 Out of heaven he caused you to hear his voice so that he might instruct you. On earth he caused you to see his great fire, and you heard his words out of the midst of the fire. 37 Because he loved your fathers, therefore he chose their offspring after them and brought you out with his presence, with his great power, out of Egypt; 38 to drive out nations from before you greater and mightier than you, to bring you in, to give you their land as an inheritance, as it is today.

39 Know therefore today, and take it to heart, that the Lord himself is God in heaven above and on the earth beneath. There is no one else. 40 You shall keep his statutes and his commandments which I am commanding you today, that it may go well with you and with your children after you, and that you may prolong your days in the land which the Lord your God is giving you for all time.

41 Then Moses set apart three cities beyond the Jordan toward the sunrise, 42 that the a man who has killed someone might flee–the one who has killed his neighbor unintentionally and without malice, that he might flee to one of these cities for refuge and live: 43 Bezer in the wilderness, in the plain country, for the Reubenites, and Ramoth in Gilead for the Gadites, and Golan in Bashan for the Manassites.

Introduction to the Law

47 The Israelites took possession of the land of Sihon king of the Amorites and the land of Og king of Bashan, the two kings of the Amorites, who were beyond the Jordan toward the sunrise; 48 from Aroer, which is on the edge of the valley of the Arnon, to Mount Sion (also called Hermon), 49 and all the Arabah beyond the Jordan eastward, to the sea of the Arabah, under the slopes of Pisgah.

39 Jesus spoke a parable to them. “Can the blind guide the blind? Will they not both fall into a pit? 40 A disciple is not above his teacher, but everyone, when he is fully trained, will be like his teacher.

A Tree and its Fruit

The House on the Rock

46 “Why do you call me, ‘Lord, Lord,’ and do not do the things which I say? 47 Everyone who comes to me and hears my words and does them, I will show you who he is like. 48 He is like a man building a house, who dug and went deep and laid a foundation on the rock. When a flood arose, the stream broke against that house and could not shake it, because it was founded on the rock. 49 But he who hears and does not do, is like a man who built a house on the earth without a foundation, against which the stream broke, and immediately it fell, and the ruin of that house was great.”

1 After Jesus had finished speaking in the hearing of the people, he entered into Capernaum. 2 A certain centurion’s servant, who was dear to him, was sick and at the point of death. 3 When he heard about Jesus, he sent to him elders of the Jews, asking him to come and save his servant. 4 When they came to Jesus, they begged him earnestly, saying, “He is worthy for you to do this for him, 5 for he loves our nation, and he built our synagogue for us.”

6 Jesus went with them. When he was now not far from the house, the centurion sent friends to him, saying to him, “Lord, do not trouble yourself, for I am not worthy for you to come under my roof. 7 Therefore I did not even think myself worthy to come to you, but say the word, and my servant will be healed. 8 For I also am a man placed under authority, having soldiers under me. I tell this one, ‘Go!’ and he goes; and to another, ‘Come!’ and he comes; and to my servant, ‘Do this,’ and he does it.”

9 When Jesus heard these things, he was amazed at him, and turned and said to the crowd who followed him, “I tell you, I have not found such great faith, no, not in all of Israel.” 10 Those who were sent, returning to the house, found that the servant who had been sick was well.

For the Chief Musician. A Psalm by David. A song.

1 Let God arise!
Let his enemies be scattered!
Let them who hate him also flee before him.
2 As smoke is driven away,
so drive them away.
As wax melts before the fire,
so let the wicked perish at the presence of God.
3 But let the righteous be glad.
Let them rejoice before God.
Yes, let them rejoice with gladness.

4 Sing to God! Sing praises to his name!
Exalt him who rides on the clouds:
His name is Yahweh!
Rejoice before him!
5 A father of the fatherless,
and a defender of the widows,
is God in his holy habitation.
6 God sets the lonely in families.
He brings out the prisoners with singing,
but the rebellious dwell in a sun-scorched land.

7 God, when you went out before your people,
when you marched through the wilderness…

11 The Lord announced the word.
The ones who proclaim it are a great company.
12 “Kings of armies flee! They flee!”
She who waits at home divides the plunder,
13 while you sleep among the camp fires,
the wings of a dove sheathed with silver,
her feathers with shining gold.
14 When the Almighty scattered kings in her,
it snowed on Zalmon.

17 The chariots of God are tens of thousands and thousands of thousands.
The Lord is among them, from Sinai, in the sanctuary.
18 You have ascended on high.
You have led away captives.
You have received gifts among people,
yes, among the rebellious also,
that the Lord God might dwell there.

28 He who trusts in his riches will fall,
but the righteous shall flourish as the green leaf.