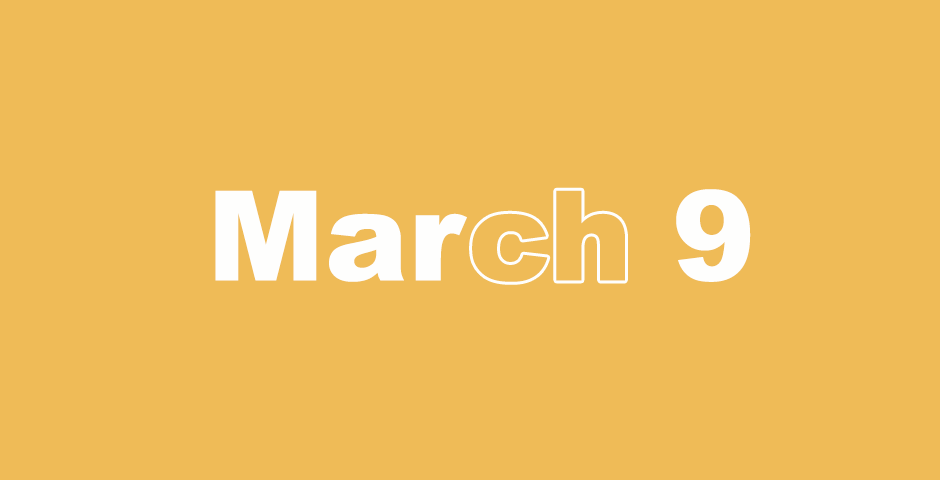 Now the man, Moses, was very meek, more than all the men who were on the face of the earth.  Numbers 12:3

The Murmuring of Miriam and Aaron 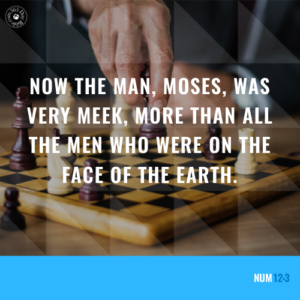 3 Now the man, Moses, was very meek, more than all the men who were on the face of the earth. 4 The Lord spoke suddenly to Moses, to Aaron, and to Miriam, “You three come out to the Tent of Meeting!”

The three of them came out. 5 The Lord came down in a pillar of cloud and stood at the door of the Tent and called Aaron and Miriam, and they both came forward.

6 He said, “Now hear my words. If there is a prophet among you, I, the Lord, will make myself known to him in a vision. I will speak with him in a dream. 7 My servant Moses is not so. He is faithful in all my house. 8 With him, I will speak plainly, mouth to mouth and not in riddles, and he shall see the Lord’s form. Why then were you not afraid to speak against my servant, against Moses?” 9 The Lord’s anger burned against them, and he departed.

10 The cloud departed from over the Tent, and Miriam was leprous, as white as snow. Aaron looked at Miriam and saw that she was leprous.

11 Aaron said to Moses, “Oh, my lord, please do not count this sin against us, which we have done foolishly and have transgressed. 12 Let her not, I pray, be as one dead, of whom the flesh is half consumed when he comes out of his mother’s womb.”

14 The Lord said to Moses, “If her father had but spit in her face, should she not be ashamed seven days? Let her be shut up outside of the camp for seven days, and after that she shall be brought in again.”

15 Miriam was shut up outside of the camp for seven days, and the people did not travel until Miriam was brought in again. 16 Afterward the people traveled from Hazeroth and encamped in the wilderness of Paran.

1 The Lord spoke to Moses, saying, 2 “Send men, that they may explore the land of Canaan, which I am giving to the Israelites. Of every tribe of their fathers, you shall send a man, every one a leader among them.”

16 These are the names of the men who Moses sent to explore the land. Moses called Hoshea the son of Nun Joshua.

Instructions to the Explorers

17 Moses sent them to explore the land of Canaan and said to them, “Go up this way by the South, and go up into the hill country. 18 See the land, what it is and the people who dwell in it, whether they are strong or weak, whether they are few or many. 19 What is the land like that they dwell in? Is it is good or bad? Are the cities in which they dwell camps or fortresses? 20 What is the land like? Is it is fertile or poor? Is there wood in it, or not? Be courageous and bring back some of the fruit of the land.” Now it was the time of the first-ripe grapes.

21 So they went up and spied out the land from the wilderness of Zin to Rehob, to the entrance of Hamath. 22 They went up by the South and came to Hebron, and Ahiman, Sheshai, and Talmai, the descendants of Anak, were there. (Now Hebron was built seven years before Zoan in Egypt.) 23 They came to the valley of Eshcol and cut down from there a branch with one cluster of grapes, and they carried it on a staff between the two of them, and they also brought back pomegranates and figs. 24 That place was called the valley of Eshcol because of the cluster which the Israelites cut down from there.

The Reports of the Explorers

25 They returned from exploring the land after 40 days. 26 They came back to Moses, to Aaron, and to the whole community of the Israelites, to the wilderness of Paran, to Kadesh and brought back word to them and to the whole community. They showed them the fruit of the land. 27 They told him, “We came to the land where you sent us. Surely it flows with milk and honey, and this is its fruit. 28 However, the people who dwell in the land are strong, and the cities are fortified and very large. Moreover, we saw the descendants of Anak there. 29 Amalek dwells in the land of the South. The Hittite, the Jebusite, and the Amorite dwell in the hill country. The Canaanite dwells by the sea, and along the side of the Jordan.”

30 Caleb quieted the people before Moses and said, “Let’s go up at once and possess it, for we are well able to overcome it!”

31 But the men who went up with him said, “We aren’t able to go up against the people, for they are stronger than we are.” 32 They brought up a bad report to the Israelites, of the land which they had explored, saying, “The land, through which we have gone to explore is a land that eats up its inhabitants, and all the people who we saw in it are men of great stature. 33 There we saw the Nephilim, the descendants of Anak, who come from the Nephilim. We looked like grasshoppers in our own sight, and also in their sight.”

22 As they were eating, Jesus took bread, and when he had blessed it, he broke it and gave it to them and said, “Take it. This is my body.”

23 He took the cup, and when he had given thanks, he gave it to them, and they all drank of it. 24 He said to them, “This is my blood of the new covenant, which is poured out for many. 25 Most certainly I tell you, I will not drink again of the fruit of the vine, until that day when I drink it anew in the Kingdom of God.” 26 When they had sung a hymn, they went out to the Mount of Olives.

27 Jesus said to them, “All of you will be made to stumble because of me tonight, for it is written, ‘I will strike the shepherd, and the sheep will be scattered.’ 28 However, after I am raised up, I will go before you into Galilee.”

29 But Peter said to him, “Although all fall away, yet I will not.”

30 Jesus said to him, “Most certainly I tell you, that you today, this very night, before the rooster crows twice, you will deny me three times.”

31 But more emphatically Peter said, “Even if I must die with you, I will not deny you.” They all said likewise.

32 They came to a place which was named Gethsemane. Jesus said to his disciples, “Sit here, while I pray.” 33 He took with him Peter, James, and John, and began to be greatly troubled and deeply distressed. 34 He said to them, “My soul is exceedingly sorrowful, even to death. Stay here and watch.”

35 He went forward a little, and fell on the ground, and prayed that, if it were possible, the hour might pass from him. 36 He said, “Abba, Father, all things are possible for you. Please remove this cup from me. Nonetheless, not what I will, but what you will.”

37 He came and found them sleeping, and said to Peter, “Simon, are you sleeping? Could you not watch one hour? 38 Watch and pray, that you may not enter into temptation. The spirit is indeed willing, but the flesh is weak.”

39 Again he went away and prayed and spoke the same words. 40 And when he returned, he found them asleep again (for their eyes were heavy), and they did not know what to answer him. 41 He came the third time and said to them, “Sleep on now and take your rest. It is enough. The hour has come. The Son of Man is betrayed into the hands of sinners. 42 Get up! Let’s get going. He who betrays me is at hand.”

43 Immediately, while he was still speaking, Judas, one of the twelve, came—and with him a multitude with swords and clubs, from the chief priests, the scribes, and the elders. 44 Now he who betrayed him had given them a sign, saying, “Whomever I kiss, that is he. Seize him and lead him away securely.” 45 When he had come, he went straight up to him and said, “Rabbi! Rabbi!” and kissed him. 46 They laid their hands on him and seized him. 47 But a certain one of those who stood by drew his sword, and struck the servant of the high priest, and cut off his ear.

48 Jesus answered them, “Have you come out, as against a robber, with swords and clubs to seize me? 49 I was with you every day in the temple, teaching, and you didn’t arrest me. But this is so that the Scriptures might be fulfilled.”

50 They all left him, and fled. 51 A certain young man followed him, having a linen cloth thrown around himself over his naked body. The young men grabbed him, 52 but he left the linen cloth and fled from them naked. 53 They led Jesus away to the high priest. All the chief priests, the elders, and the scribes came together with him.

Why Do You Boast of Mischief?

To the chief Musician, Maschil, when Doeg the Edomite came and told Saul, and said to him, David has come to the house of Ahimelech.

1 Why do you boast of your mischief, mighty man?
God’s loving kindness endures continually.
2 Your tongue plots destruction,
like a sharp razor, working deceitfully.
3 You love evil more than good,
lying rather than speaking the truth.

4 You love all devouring words,
you deceitful tongue.
5 God will likewise destroy you forever.
He will take you up, and pluck you out of your tent,
and root you out of the land of the living.

6 The righteous also will see it,
and fear, and laugh at him, saying,

7 “Look! This is the man who
did not make God his strength,
but trusted in the abundance of his riches,
and strengthened himself in his wickedness.”

8 But as for me, I am like a green olive tree
flourishing in the house of God.
I trust in God’s loving kindness forever and ever.

9 I will give you thanks forever,
because you have done it.
I will hope in your name,
for it is good,
in the presence of your saints.

1 A false balance is an abomination to the Lord,
but accurate weights are his delight.
2 When pride comes, then comes shame,
but with the lowly comes wisdom.
3 The integrity of the upright shall guide them,
but the perverseness of the treacherous shall destroy them.