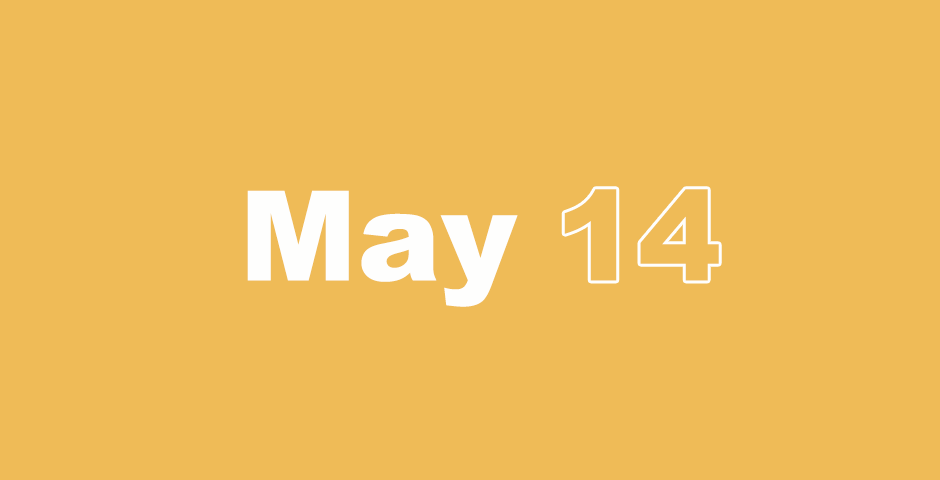 But the Lord said to Samuel, “Do not look at his face or on the height of his stature, because I have rejected him. I do not see as man sees, for man looks at the outward appearance, but the Lord looks at the heart.” 1 Samuel 16:7

1 Samuel said to Saul, “The Lord sent me to anoint you to be king over his people, over Israel. Now therefore listen to the voice of the words of the Lord. 2 The Lord of hosts says, ‘I remember what Amalek did to Israel, how he set himself against him on the way when he came up out of Egypt. 3 Now go and strike Amalek and utterly destroy all that they have and do not spare them, but kill both man and woman, infant and nursing baby, ox and sheep, camel and donkey.’ ”

4 Saul summoned the people and counted them in Telaim, 200,000 footmen, and 10,000 men of Judah. 5 Saul came to the city of Amalek and set an ambush in the valley. 6 Saul said to the Kenites, “Go, depart, go down from among the Amalekites, lest I destroy you with them, for you showed kindness to all the Israelites, when they came up out of Egypt.” So the Kenites departed from among the Amalekites.

10 Then the word of the Lord came to Samuel, saying, 11 “It grieves me that I have set up Saul to be king, for he has turned back from following me and has not performed my commandments.” Samuel was angry, and he cried to the Lord all night.

12 Samuel rose early to meet Saul in the morning, and Samuel was told, “Saul came to Carmel, and he set up a monument for himself and turned, and continued on, and went down to Gilgal.”

13 Samuel came to Saul, and Saul said to him, “You are blessed by the Lord! I have performed the commandment of the Lord.”

14 Samuel said, “Then what is the meaning of this sheep bleating in my ears and cattle lowing that I am hearing?”

15 Saul said, “They have brought them from the Amalekites, for the people spared the best of the sheep and of the cattle, to sacrifice to the Lord your God. We have utterly destroyed the rest.”

16 Then Samuel said to Saul, “Stay, and I will tell you what the Lord said to me last night.”
He said to him, “Tell me.”

17 Samuel said, “Though you were small in your own sight, were you not made the head of the tribes of Israel? The Lord anointed you king over Israel, 18 and the Lord sent you on a journey and said, ‘Go, and utterly destroy the sinners the Amalekites and fight against them until they are consumed.’ 19 Why then did you not obey the voice of the Lord, but took the plunder and did that which was evil in the sight of the Lord?”

20 Saul said to Samuel, “But I have obeyed the voice of the Lord and have gone the way which the Lord sent me and have brought Agag the king of Amalek and have utterly destroyed the Amalekites. 21 But the people took from the plunder, sheep and cattle. The best was set apart for sacrifice to the Lord your God in Gilgal.”

22 Samuel said, “Does the Lord have as great a delight in burnt offerings and sacrifices, as in obeying the voice of the Lord? To obey is better than sacrifice and to listen, than the fat of rams. 23 For rebellion is like the sin of witchcraft, and stubbornness is like idolatry and iniquity. Because you have rejected the word of the Lord, he has also rejected you from being king.”

24 Saul said to Samuel, “I have sinned, for I have transgressed the commandment of the Lord, and your words, because I feared the people and obeyed them. 25 Now therefore, please pardon my sin and turn back with me, that I may worship the Lord.”

26 Samuel said to Saul, “I will not return with you, for you have rejected the word of the Lord, and the Lord has rejected you from being king over Israel.” 27 As Samuel turned around to go away, Saul grabbed the skirt of his robe, and it tore. 28 Samuel said to him, “The Lord has torn the kingdom of Israel from you today and has given it to a neighbor of yours who is better than you. 29 Also the Strength of Israel will not lie nor repent, for he is not a man, that he should repent.”

30 Then he said, “I have sinned, yet please honor me now before the elders of my people, and before Israel, and come back with me, that I may worship the Lord your God.”

31 So Samuel went back with Saul, and Saul worshiped the Lord. 32 Then Samuel said, “Bring Agag the king of the Amalekites here to me!”

Agag came to him cheerfully. Agag said, “Surely the bitterness of death is past.”

33 Samuel said, “As your sword has made women childless, so your mother will be childless among women!” Then Samuel cut Agag in pieces before the Lord in Gilgal.

34 Then Samuel went to Ramah, and Saul went up to his house to Gibeah of Saul. 35 Samuel no longer came to see Saul until the day of his death, for Samuel mourned for Saul, and the Lord grieved that he had made Saul king over Israel.

1 The Lord said to Samuel, “How long will you mourn for Saul, since I have rejected him from being king over Israel? Fill your horn with oil and go. I will send you to Jesse the Bethlehemite, for I have provided a king for myself among his sons.”

2 Samuel said, “How can I go? If Saul hears it, he will kill me.”
The Lord said, “Take a heifer with you and say, I have come to sacrifice to the Lord. 3 Call Jesse to the sacrifice, and I will show you what you shall do. You shall anoint to me, the one whom I name to you.”

4 Samuel did that which the Lord spoke, and came to Bethlehem. The elders of the city came to meet him trembling, and said, “Do you come peaceably?”

5 He said, “Peaceably. I have come to sacrifice to the Lord. Sanctify yourselves, and come with me to the sacrifice.” He sanctified Jesse and his sons and called them to the sacrifice. 6 When they had come, he looked at Eliab and said, “Surely the Lord’s anointed is before him.” 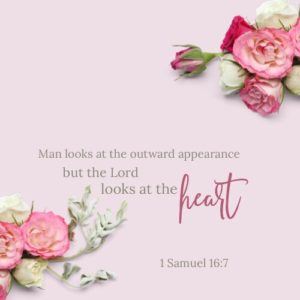 7 But the Lord said to Samuel, “Do not look at his face or on the height of his stature, because I have rejected him. I do not see as man sees, for man looks at the outward appearance, but the Lord looks at the heart.”

He said, “There remains yet the youngest. He is keeping the sheep.”

Samuel said to Jesse, “Send for him, for we will not sit down until he comes here.”

12 He sent for him and brought him in. Now he was ruddy, with a handsome face and good appearance. The Lord said, “Arise! Anoint him, for this is he.”

13 Then Samuel took the horn of oil and anointed him in the midst of his brothers. Then the Spirit of the Lord came mightily on David from that day forward. So Samuel rose up and went to Ramah.

17 Saul said to his servants, “Provide me now a man who can play well, and bring him to me.”

18 Then one of the young men answered and said, “I have seen a son of Jesse the Bethlehemite who is skilled in playing, a mighty man of valor, a man of war, prudent in speech, and handsome; and the Lord is with him.”

19 Therefore Saul sent messengers to Jesse and said, “Send me David your son, who is with the sheep.”

20 Jesse took a donkey loaded with bread, and a container of wine, and a young goat, and sent them by David his son to Saul. 21 David came to Saul and stood before him. Saul loved him greatly, and he became his armor bearer. 22 Saul sent to Jesse, saying, “Please let David stand before me, for he has found favor in my sight.” 23 When the spirit from God was on Saul, David took the harp and played, so Saul was refreshed and was well, and the evil spirit departed from him.

1 But Jesus went to the Mount of Olives. 2 Now very early in the morning, he came back into the temple and all the people came to him. He sat down and taught them. 3 The scribes and the Pharisees brought a woman taken in adultery. Having set her in the middle of them, 4 they told him, “Teacher, we found this woman in adultery, in the very act. 5 Now in our law, Moses commanded us to stone such women. What then do you say about her?”

9 After hearing this and being convicted by their conscience, they went out one by one, beginning from the oldest, to the last. Jesus was left alone with the woman where she was, in the middle.

10 Jesus, standing up, saw her and said, “Woman, where are your accusers? Did no one condemn you?”

Jesus the Light of the World

12 Again, therefore, Jesus spoke to them, saying, “I am the light of the world. He who follows me will not walk in the darkness, but will have the light of life.”

13 The Pharisees therefore said to him, “You testify about yourself. Your testimony is not valid.”

19 They said therefore to him, “Where is your Father?”
Jesus answered, “You know neither me nor my Father. If you knew me, you would know my Father also.” 20 Jesus spoke these words in the treasury, as he taught in the temple. Yet no one arrested him, because his hour had not yet come. 21 Jesus said therefore again to them, “I am going away, and you will seek me, and you will die in your sins. Where I am going, you cannot come.”

1 The Lord said to my Lord, “Sit at my right hand,
until I make your enemies your footstool for your feet.”
2 The Lord extends your mighty scepter out of Zion.
Rule among your enemies.
3 Your people offer themselves willingly in the day of your power, in holy array.
From the womb of morning, you have the dew of your youth.
4 The has sworn, and will not change his mind:
“You are a priest forever in the order of Melchizedek.”
5 The Lord is at your right hand.
He will crush kings in the day of his wrath.
6 He will judge among the nations.
He will heap up dead bodies.
He will crush the ruler of the whole earth.
7 He will drink of the brook on the way,
therefore he will lift up his head.