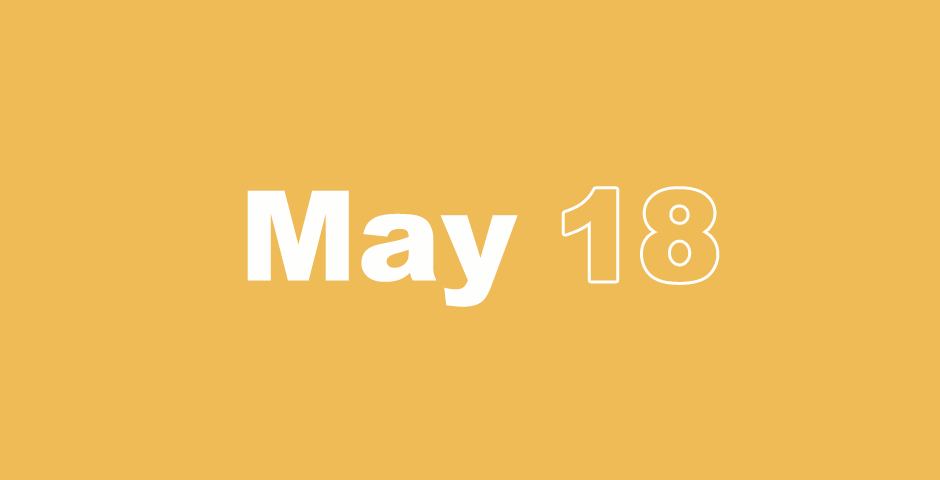 David Flees to Adullam and Mizpeh

3 David went from there to Mizpeh of Moab, and he said to the king of Moab, “Please let my father and my mother stay with you, until I know what God will do for me.” 4 He brought them before the king of Moab, and they lived with him throughout the time that David was in the stronghold. 5 The prophet Gad said to David, “Don’t stay in the stronghold. Depart, and go into the land of Judah.”

Then David departed and came into the forest of Hereth.

Saul Slays the Priest of Nob

6 Saul heard that David had been discovered, along with the men who were with him. Now Saul was sitting in Gibeah, under the tamarisk tree in Ramah, with his spear in his hand, and all his servants were standing around him. 7 Saul said to his servants who stood around him, “Hear now, you Benjamites! Will the son of Jesse give everyone of you fields and vineyards? Will he make all of you captains of thousands and captains of hundreds? 8 All of you have conspired against me, and there is no one who discloses to me when my son makes a treaty with the son of Jesse. None of you are sorry for me, or disclose to me that my son has stirred up my servant against me, to lie in wait, as it is today.”

9 Then Doeg the Edomite, who stood by the servants of Saul, answered and said, “I saw the son of Jesse coming to Nob, to Ahimelech the son of Ahitub. 10 He inquired of the Lord for him, gave him food, and gave him the sword of Goliath the Philistine.”

11 Then the king sent to call Ahimelech the priest, the son of Ahitub, and his entire family, who were the priests in Nob; and they all came to the king. 12 Saul said, “Hear now, you son of Ahitub.”

13 Saul said to him, “Why have you conspired against me, you and the son of Jesse, in that you have given him bread, and a sword, and have inquired of the Lord for him, that he should rise against me, to lie in wait, as it is today?”

14 Then Ahimelech answered the king, and said, “Who among all your servants is so faithful as David, who is the king’s son-in-law, captain of your body guard, and honored in your house? 15 Have I today begun to inquire of the Lord for him? Be it far from me! Do not let the king impute anything to his servant, nor my entire family, for your servant knows nothing of all of this, neither less nor more.”

18 The king said to Doeg, “Turn and kill the priests!”

Doeg the Edomite turned, and he attacked the priests, and he killed on that day 85 people who wore a linen ephod. 19 He struck Nob, the city of the priests, with the edge of the sword, both men and women, children and nursing babies, and cattle and donkeys and sheep, with the edge of the sword. 20 One of the sons of Ahimelech, the son of Ahitub, named Abiathar, escaped and fled after David. 21 Abiathar told David that Saul had slain the Lord’s priests.

22 David said to Abiathar, “I knew on that day, when Doeg the Edomite was there, that he would surely tell Saul. I am responsible for the death of all the people of your father’s family. 23 Stay with me. Do not be afraid, for he who seeks my life seeks your life. For you will be safe with me.”

1 David was told, “The Philistines are fighting against Keilah and are robbing the threshing floors.”

2 Therefore David inquired of the Lord, saying, “Shall I go and strike these Philistines?” The Lord said to David, “Go strike the Philistines and save Keilah.”

3 David’s men said to him, “We are afraid here in Judah. How much more then if we go to Keilah against the armies of the Philistines?”

4 Then David inquired of the Lord yet again. The Lord answered him, and said, “Get up! Go down to Keilah, for I will deliver the Philistines into your hand.”

5 David and his men went to Keilah, and fought with the Philistines, and took away their livestock, and killed them in a great slaughter. So David saved the inhabitants of Keilah.

6 When Abiathar the son of Ahimelech fled to David to Keilah, he came down with an ephod in his hand.

7 Saul was told that David had come to Keilah. Saul said, “The Lord has delivered him into my hand, for he is trapped by entering into a town that has gates and bars.” 8 Saul summoned all the people to war, to go down to Keilah, to besiege David and his men. 9 David knew that Saul was devising mischief against him, and he said to Abiathar the priest, “Bring the ephod here.”

The Lord said, “He will come down.”

12 Then David said, “Will the men of Keilah deliver me and my men into the hand of Saul?”
The Lord said, “They will deliver you up.”

16 Jonathan, Saul’s son, arose, and went to David in the woods, and strengthened his hand in God. 17 He said to him, “Do not be afraid, for the hand of Saul my father will not find you, and you will be king over Israel, and I will be next to you, and Saul my father knows that also.” 18 They both made a covenant before the Lord. Then David stayed in the woods, and Jonathan went to his house.

19 Then the Ziphites came up to Saul to Gibeah, saying, “Isn’t David hiding among us in the strongholds in the woods, in the hill of Hachilah, which is on the south side of the desert? 20 Now therefore, O king, come down. According to your heart’s desire to come down, and our part will be to deliver him up into the king’s hand.”

21 Saul said, “You are blessed by the Lord, for you have had compassion on me. 22 Please go make sure, and see and verify the place where he is, and who has seen him there, for I have been told that he is very cunning. 23 Look therefore, and gather knowledge of all the lurking places where he hides himself, and come back to me with certainty, and I will go with you. It shall happen, if he is in the land, that I will search him out among all the thousands of Judah.”

26 Saul went on one side of the mountain, and David and his men on the other side of the mountain; and David hurried to get away for fear of Saul, for Saul and his men surrounded David and his men, to capture them. 27 But a messenger came to Saul, saying, “Hurry and come, for the Philistines have raided the land!” 28 So Saul returned from pursuing David, and went against the Philistines. Therefore they called that place Sela Hammahlekoth.

29 David went up from there, and lived in the strongholds of En Gedi.

1  “Most certainly, I tell you, anyone who does not enter by the door into the sheepfold, but climbs up some other way, is a thief and a robber. 2  But anyone who enters in by the door is the shepherd of the sheep. 3 The gatekeeper opens the gate for him, and the sheep listen to his voice. He calls his own sheep by name and leads them out. 4  Whenever he brings out his own sheep, he goes before them, and the sheep follow him, for they know his voice. 5  They will by no means follow a stranger, but will flee from him, for they do not know the voice of strangers.” 6 Jesus spoke this parable to them, but they did not understand what he was telling them.

7 Jesus therefore said to them again, “Most certainly, I tell you, I am the sheep’s door. 8 All who came before me are thieves and robbers, but the sheep did not listen to them. 9  I am the door. If anyone enters in by me, he will be saved, and will go in and go out, and will find pasture. 10  The thief only comes to steal, kill, and destroy. I came that they may have life, and may have it abundantly. 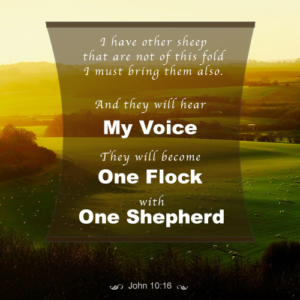 11  I am the good shepherd. The good shepherd lays down his life for the sheep. 12 He who is a hired hand, and not a shepherd, who does not own the sheep, sees the wolf coming, leaves the sheep, and flees. The wolf snatches the sheep, and scatters them. 13 The hired hand flees because he is a hired hand, and does not care for the sheep. 14  I am the good shepherd. I know my own, and I am known by my own,  15 just as the Father knows me, and I know the Father. I lay down my life for the sheep. 16  I have other sheep, which are not of this fold. I must bring them also, and they will hear my voice. They will become one flock with one shepherd. 17  Therefore the Father loves me, because I lay down my life, that I may take it again. 18  No one takes it away from me, but I lay it down by myself. I have power to lay it down, and I have power to take it again. I received this command from my Father.”

19 Therefore a division arose again among the Jews because of these words. 20 Many of them said, “He is demon possessed and insane! Why do you listen to him?” 21 Others said, “These are not the sayings of one possessed by a demon. It isn’t possible for a demon to open the eyes of the blind, is it?”

1 Not to us, Lord, not to us,
but to your name give glory,
for your loving kindness, and for your truth’s sake.

14 May the Lord increase you more and more,
you and your children.
15 Blessed are you by the Lord,
who made heaven and earth.
16 The heavens are the Lord’s heavens,
but he has given the earth to the children of men.
17 The dead do not praise the Lord,
neither any who go down into silence;
18 but we will bless the Lord,
from this time forward and forevermore.
Praise the Lord!

18 A wrathful man stirs up contention,
but one who is slow to anger appeases strife.
19 The way of the sluggard is like a thorn patch,
but the path of the upright is a highway.