Therefore you now have sorrow, but I will see you again, and your heart will rejoice, and no one will take your joy away from you. John 16:22

1 The Lord sent Nathan to David. He came to him, and said to him, “There were two men in one city; the one rich, and the other poor.

2 The rich man had a great many flocks and herds, 3 but the poor man had nothing, except one little ewe lamb, which he had bought and raised. It grew up together with him, and with his children. It ate of his own food, drank of his own cup, and lay in his bosom, and was like a daughter to him. 4 A traveler came to the rich man, and he refrained from taking from his own flock and from his own herd, to prepare for the wayfaring man who had come to him, but took the poor man’s lamb and prepared it for the man who had come to him.”

5 David’s anger burned hot against the man, and he said to Nathan, “As the Lord lives, the man who has done this deserves to die! 6 He must restore the lamb fourfold, because he did this thing and because he had no pity!”

7 Nathan said to David, “You are the man. This is what the Lord, the God of Israel, says: ‘I anointed you king over Israel, and I delivered you from the hand of Saul. 8 I gave you your master’s house, and your master’s wives into your bosom, and gave you the house of Israel and of Judah; and if that would have been too little, I would have added to you many more such things. 9 Why have you despised the word of the Lord, to do that which is evil in his sight? You have struck Uriah the Hittite with the sword, and have taken his wife to be your wife, and have slain him with the sword of the Ammonites. 10 Now therefore the sword will never depart from your house, because you have despised me, and have taken wife of Uriah the Hittite to be your wife.’

11 “This is what the Lord says: ‘I will raise up disaster against you out of your own house; and I will take your wives before your eyes, and give them to your companion, and he will lie with your wives in the sight of this sun. 12 For you did this secretly, but I will do this thing before all Israel in the sun’s light.’ ”

13 David said to Nathan, “I have sinned against the Lord.”
Nathan said to David, “The Lord also has taken away your sin. You will not die. 14 However, because by this deed you have given great occasion to the enemies of the Lord to blaspheme, the child also who is born to you will surely die.” 15 Nathan departed to his house. The Lord struck the child that Uriah’s wife bore to David, and it was very sick.

16 David therefore begged the Lord for the child; and David fasted, and went in, and lay all night on the ground. 17 The elders of his house arose beside him, to raise him up from the ground, but he would not, and he did not eat bread with them. 18 On the seventh day, the child died. David’s servants were afraid to tell him that the child was dead, for they said, “While the child was yet alive, we spoke to him, and he didn’t listen to us. How will he then harm himself, if we tell him that the child is dead?”

19 But when David saw that his servants were whispering together, David perceived that the child was dead; and David said to his servants, “Is the child dead?”
They said, “He is dead.”

20 Then David arose from the ground, and washed, and anointed himself, and changed his clothing; and he came into the house of the Lord, and worshiped. Then he came to his own house; and when he requested, they set bread before him, and he ate.

21 Then his servants said to him, “What is this that you have done? You fasted and wept for the child while he was alive, but when the child was dead, you rose up and ate bread.”

22 He said, “While the child was yet alive, I fasted and wept, for I said, ‘Who knows whether the Lord will not be gracious to me, that the child may live?’ 23 But now he is dead, why should I fast? Can I bring him back again? I will go to him, but he will not return to me.”

24 David comforted Bathsheba his wife, and went in to her, and lay with her. She bore a son, and he named him Solomon. The Lord loved him, 25 and he sent a message at the hand of Nathan the prophet, and he named him Jedidiah, for the Lord’s sake.

29 David gathered all the people together, and went to Rabbah, and fought against it, and took it. 30 He took the crown of their king from off his head; and its weight was 75 pounds of gold, and in it were precious stones; and it was set on David’s head. He brought a great quantity of plunder out of the city. 31 He brought out the people who were in it, and put them under saws, under iron picks, under axes of iron, and made them pass through the brick kiln, and he did so to all the cities of the Ammonites. Then David and all the people returned to Jerusalem.

1 “I have said these things to you so that you would not be caused to stumble. 2 They will put you out of the synagogues. Yes, the time is coming that whoever kills you will think that he offers service to God. 3 They will do these things because they have not known the Father, nor me. 4 But I have told you these things, so that when the time comes, you may remember that I told you about them. I did not tell you these things from the beginning, because I was with you.

5 But now I am going to him who sent me, and none of you asks me, ‘Where are you going?’ 6 But because I have told you these things, sorrow has filled your heart. 7 Nevertheless I tell you the truth. It is to your advantage that I go away, for if I do not go away, the Counselor will not come to you. But if I go, I will send him to you. 8 When he has come, he will convict the world about sin, about righteousness, and about judgment: 9 about sin, because they do not believe in me; 10 about righteousness, because I am going to my Father, and you will not see me any more; 11 about judgment, because the ruler of this world has been judged.

The Disciples’ Grief will Turn to Joy 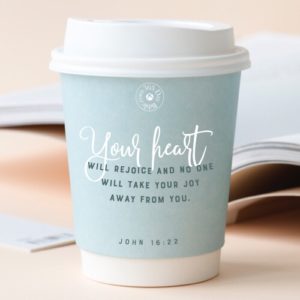 19 Therefore Jesus perceived that they wanted to ask him, and he said to them, “Do you inquire among yourselves concerning this, that I said, ‘A little while, and you will not see me, and again a little while, and you will see me?’ 20 Most certainly I tell you that you will weep and lament, but the world will rejoice. You will be sorrowful, but your sorrow will be turned into joy. 21 A woman, when she gives birth, has sorrow because her time has come. But when she has delivered the child, she does not remember the anguish any more, for the joy that a human being is born into the world. 22 Therefore you now have sorrow, but I will see you again, and your heart will rejoice, and no one will take your joy away from you.

Ask and You will Receive

23 “In that day you will ask nothing of me. Most certainly I tell you, whatever you may ask of the Father in my name, he will give it to you. 24 Until now, you have asked nothing in my name. Ask, and you will receive, that your joy may be made full.

25 I have spoken these things to you in figures of speech. But the time is coming when I will no longer speak to you in figures of speech, but will tell you plainly about the Father. 26 In that day you will ask in my name, and I do not say to you that I will pray to the Father for you, 27 for the Father himself loves you, because you have loved me, and have believed that I came from God. 28 I came from the Father, and have come into the world. Again, I am leaving the world and going to the Father.”

29 His disciples said to him, “Now you are speaking plainly, and using no figures of speech. 30 Now we know that you know all things, and don’t need for anyone to question you. By this we believe that you came from God.”

31 Jesus answered them, “Do you now believe? 32 The time is coming, yes, and has now come, that you will be scattered, everyone to his own place, and you will leave me alone. Yet I am not alone, because the Father is with me. 33 I have told you these things, that in me you may have peace. In the world you have trouble; but cheer up! I have overcome the world.”

TET
65 Do good to your servant,
according to your word, O Lord.
66 Teach me good judgment and knowledge,
for I believe in your commandments.
67 Before I was afflicted, I went astray,
but now I observe your word.
68 You are good, and do good.
Teach me your statutes.

69 The proud have smeared a lie upon me.
With my whole heart, I will keep your precepts.
70 Their heart is as callous as the fat,
but I delight in your law.
71 It is good for me that I have been afflicted,
that I may learn your statutes.
72 The law of your mouth is better to me
than thousands of pieces of gold and silver. 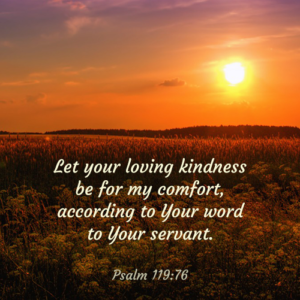 73 Your hands have made me and formed me.
Give me understanding,
that I may learn your commandments.
74 Those who fear you will see me and be glad,
because I have put my hope in your word.
75 O Lord, I know that your judgments are righteous,
that in faithfulness you have afflicted me.
76 Please let your loving kindness be for my comfort,
according to your word to your servant.
77 Let your tender mercies come to me, that I may live,
for your law is my delight.
78 Let the proud be disappointed,
for they have overthrown me wrongfully.
I will meditate on your precepts.
79 Let those who fear you turn to me.
They will know your statutes.
80 Let my heart be blameless toward your decrees,
that I may not be ashamed.

4 The Lord has made everything for its own end—
yes, even the wicked for the day of evil.
5 Everyone who is proud in heart is an abomination to the Lord:
they shall certainly not be unpunished.