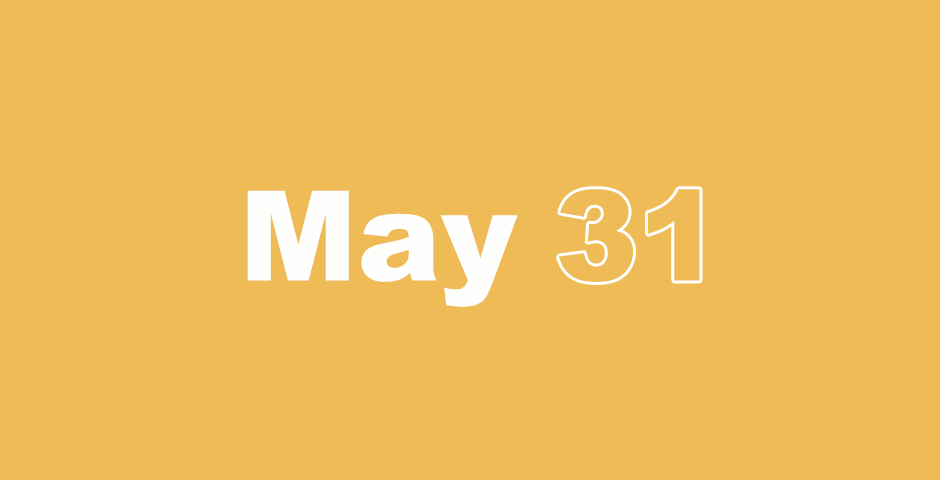 1 Moreover Ahithophel said to Absalom, “Let me now choose 12,000 men, and I will arise and pursue David tonight. 2 I will come on him while he is weary and exhausted, and will make him afraid. All the people who are with him will flee. I will strike only the king, 3 and I will bring back all the people to you. When everyone returns except the man whom you seek, all the people will be at peace.”

4 This pleased Absalom well, and all the elders of Israel. 5 Then Absalom said, “Now call Hushai the Archite also, and let’s hear likewise what he says.

6 When Hushai had come to Absalom, Absalom spoke to him, saying, “Ahithophel has advised this. Shall we do what he says? If not, speak up.

7 Hushai said to Absalom, “The counsel that Ahithophel has given this time is not good.” 8 Hushai said moreover, “You know your father and his men, that they are warriors, and they are desperate, like a bear robbed of her cubs in the field. Your father is a man of war, and will not lodge with the troops. 9 He is now hidden in some pit or in some other place. It will happen, when some of them have fallen at the beginning, that whoever hears it will say, ‘There is a slaughter among the people who follow Absalom!’ 10 Even he who is valiant, whose heart is like the heart of a lion, will utterly melt, for all Israel knows that your father is a mighty man, and those who are with him are warriors. 11 But I advise that all Israel be gathered together to you, from Dan to Beersheba, like the sand by the sea in its multitude, and that you go to battle yourself, in person. 12 So we will come upon him in some place wherever we find him, and we will fall on him like the dew falls on the ground. And of him and of all the men that are with him, there shall not be so much as one left alive.

13 Moreover, if he has gone into a city, then all Israel will bring ropes to that city, and we will draw it into the river, until there isn’t one small stone found there.”

15 Then Hushai said to Zadok and to Abiathar the priests, “Ahithophel counseled Absalom and the elders of Israel that way, and I have counseled this way. 16 Now therefore send quickly, and tell David, saying, ‘Don’t lodge tonight at the fords of the wilderness, but by all means pass over, lest the king be swallowed up, and all the people who are with him.’ ”

17 Now Jonathan and Ahimaaz were staying by En Rogel, and a female servant used to go and inform them, and they would go and tell king David, so that they might not be seen coming into the city. 18 But a boy saw them, and told Absalom. Then they both went away quickly, and came to the house of a man in Bahurim, who had a well in his court; and they went down there. 19 The woman took a covering and spread it over the mouth of the well, spreading crushed grain on it; and this thing she had done was not known. 20 Absalom’s servants came to the woman to the house, and they said, “Where are Ahimaaz and Jonathan?”

The woman said to them, “They have gone over the brook of water.”
When they had looked and could not find them, they returned to Jerusalem.

21 After they had departed, they came up out of the well, and went and told king David; and they said to David, “Arise and pass quickly over the water, for thus has Ahithophel counseled against you.”

23 When Ahithophel saw that his counsel was not followed, he saddled his donkey, arose, and went home to his city, and set his house in order, and hanged himself. He died and was buried in the tomb of his father. 24 Then David came to Mahanaim. Absalom passed over the Jordan, he and all the men of Israel with him.

25 Absalom set Amasa over the army instead of Joab. Now Amasa was the son of a man whose name was Ithra the Israelite, who went in to Abigail the daughter of Nahash, sister to Zeruiah, Joab’s mother. 26 Israel and Absalom encamped in the land of Gilead.

27 When David had come to Mahanaim, Shobi the son of Nahash of Rabbah of the children of Ammon, and Machir the son of Ammiel of Lodebar, and Barzillai the Gileadite of Rogelim, 28 brought beds, basins, earthen vessels, wheat, barley, meal, parched grain, beans, lentils, roasted grain, 29 honey, butter, sheep, and cheese of the herd, for David and for the people who were with him to eat, for they said, “The people are hungry, weary, and thirsty in the wilderness.”

23 Then the soldiers, when they had crucified Jesus, took his garments and divided them into four parts, a part for every soldier,  and also his coat. Now the coat was seamless, woven in one piece from the top throughout. 24 Then they said to one another, “Let’s not tear it, but cast lots for it to decide whose it will be,” that the Scripture might be fulfilled, which says,

“They parted my garments among them.
For my cloak they cast lots.”

The Death of Jesus

28 After this, Jesus, seeing that all things were now finished, that the Scripture might be fulfilled, said, “I am thirsty.” 29 Now a vessel full of vinegar was set there, so they put a sponge full of the vinegar on hyssop, and held it to his mouth. 30 When Jesus therefore had received the vinegar, he said, “It is finished.” He bowed his head, and gave up his spirit.

Jesus’ Side is Pierced

31 Therefore the Jews, because it was the Preparation Day, so that the bodies would not remain on the cross on the Sabbath (for that Sabbath was a great day), asked of Pilate that their legs might be broken, and that they might be taken away. 32 Therefore the soldiers came and broke the legs of the first, and of the other who was crucified with him, 33 but when they came to Jesus and saw that he was already dead, they did not break his legs. 34 However one of the soldiers pierced his side with a spear, and immediately blood and water came out.

35 He who has seen has testified, and his testimony is true. He knows that he tells the truth, that you may believe. 36 For these things happened that the Scripture might be fulfilled,

“Not a bone of his will be broken.”

“They will look on him whom they pierced.”

The Burial of Jesus

38 After these things, Joseph of Arimathaea, being a disciple of Jesus, but secretly for fear of the Jews, asked of Pilate that he might take away Jesus’ body. Pilate gave him permission. He came therefore and took away his body. 39 Nicodemus, who at first came to Jesus by night, also came bringing a mixture of myrrh and aloes, about a hundred Roman pounds. 40 So they took Jesus’ body, and bound it in linen cloths with the spices, as the custom of the Jews is to bury. 41 Now in the place where he was crucified there was a garden. In the garden was a new tomb in which no man had ever yet been laid. 42 Then because of the Jews’ Preparation Day (for the tomb was near at hand) they laid Jesus there. 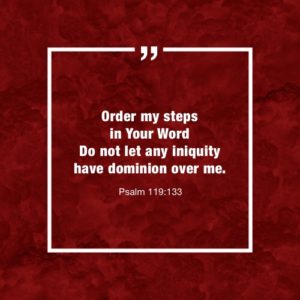 129 Your testimonies are wonderful,
therefore I obey them.
130 The unfolding of your words gives light.
It gives understanding to the simple.
131 I opened my mouth wide and panted,
for I longed for your commandments.

132 Turn to me, and have mercy on me,
as you always do to those who love your name.
133 Order my steps in your word.
Do not let any iniquity have dominion over me.
134 Redeem me from the oppression of man,
so I will observe your precepts.
135 Make your face shine upon your servant.
Teach me your statutes.
136 Streams of tears run down my eyes,
because they do not observe your law.

TZADI
137 You are righteous, O Lord.
Your judgments are upright.
138 You have commanded your statutes in righteousness.
They are fully trustworthy.

139 My zeal wears me out,
because my enemies ignore your words.
140 Your promises have been thoroughly tested,
and your servant loves them.
141 I am small and despised.
I do not forget your precepts.

142 Your righteousness is an everlasting righteousness.
Your law is truth.
143 Trouble and anguish have taken hold of me.
Your commandments are my delight.
144 Your testimonies are righteous forever.
Give me understanding, that I may live.

KUF
145 I have called with my whole heart.
Answer me, O Lord!
I will keep your statutes.
146 I have called to you. Save me!
I will obey your statutes.
147 I rise before dawn and cry for help.
I put my hope in your words.
148 My eyes stay open through the night watches,
that I might meditate on your word.
149 Hear my voice according to your loving kindness.
Revive me, O Lord, according to your ordinances.

150 They draw near who follow after wickedness.
They are far from your law.
151 You are near, O Lord.
All your commandments are truth.
152 Of old I have known from your testimonies,
that you have founded them forever.

12 It is an abomination for kings to do wrong,
for the throne is established by righteousness.
13 Righteous lips are the delight of kings.
They value one who speaks the truth.