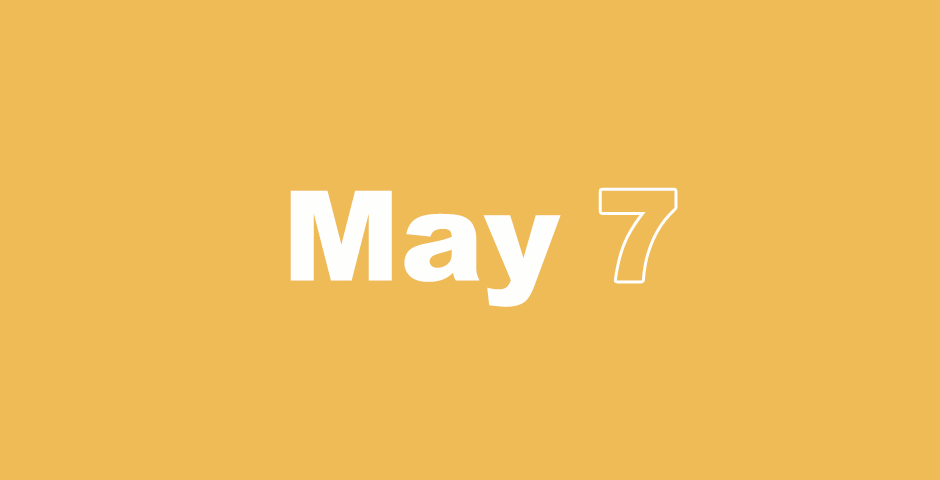 Elkanah and his Wives

2 He had two wives. The name of one was Hannah, and the name of the other Peninnah. Peninnah had children, but Hannah had no children.

3 This man went up out of his city from year to year to worship and to sacrifice to the Lord of Hosts in Shiloh. The two sons of Eli, Hophni and Phinehas, priests to the Lord, were there. 4 When the day came that Elkanah sacrificed, he gave portions of the meat to Peninnah his wife, and to all her sons and her daughters. 5 But to Hannah he gave a double portion, for he loved Hannah, although the Lord had shut her womb. 6 Her rival provoked her severely, to irritate her, because the Lord had shut her womb. 7 So year by year, when she went up to the house of the Lord, her rival provoked her. Therefore she wept, and did not eat. 8 Elkanah her husband said to her, “Hannah, why are you weeping? Why aren’t you eating? Why is your heart grieved? Am I not better to you than ten sons?”

Hannah Prays for a Son

9 So Hannah rose up after they had finished eating and drinking in Shiloh. Now Eli the priest was sitting on his seat by the doorpost of the Lord’s temple. 10 She was in deep anguish and prayed to the Lord, weeping bitterly. 11 She made a vow, and said, “God of Hosts, if you will indeed look at the affliction of your servant and remember me, and not forget your servant, but will give to your servant a boy, then I will give him to the Lord all the days of his life, and no razor shall come on his head.”

12 As she continued praying before the Lord, Eli saw her mouth. 13 Now Hannah spoke in her heart. Only her lips moved, but her voice was not heard. Therefore Eli thought she was drunk. 14 Eli said to her, “How long will you be drunk? Get rid of your wine!”

15 Hannah answered, “No, my lord, I am a woman of sorrowful spirit. I have not been drinking wine or strong drink, but I poured out my soul before the Lord. 16 Do not consider your servant a wicked woman; for I have been speaking out of the abundance of my great anguish and my provocation.”

17 Then Eli answered, “Go in peace; and may the God of Israel grant your petition that you have asked of him.”

18 She said, “Let your servant find favor in your sight.” So the woman went her way and ate, and her countenance was no longer sorrowful.

The Birth of a Son

19 They rose up early in the morning and worshiped the Lord, then returned and came to their house to Ramah. Then Elkanah knew Hannah his wife; and the Lord remembered her.

20 When the time had come, Hannah conceived, and bore a son; and she named him Samuel, saying, “Because I have asked him of the Lord.”

21 The man Elkanah, and all his house, went up to offer to the Lord the yearly sacrifice and his vow. 22 But Hannah did not go up, for she said to her husband, “Not until the child is weaned; then I will bring him, that he may appear before the Lord, and stay there forever.”

23 Elkanah her husband said to her, “Do what seems good to you. Wait until you have weaned him; only may the Lord establish his word.”

So the woman waited and nursed her son until she weaned him. 24 When she had weaned him, she took him up with her, with three bulls, a bushel of flour, and a container of wine, and brought him to the house of the Lord in Shiloh. The child was young. 25 They killed the bull, and brought the child to Eli. 26 She said, “Oh, my lord, as your soul lives, my lord, I am the woman who stood by you here, praying to the Lord. 27 I prayed for this child, and the Lord has given me my petition which I asked of him. 28 Therefore I have also given him to the Lord. As long as he lives he is given to the Lord.” He worshiped the Lord there.

1 Hannah prayed, and said:
“My heart exults in the Lord!
My horn is exalted in the Lord.
My mouth is enlarged over my enemies,
because I rejoice in your salvation. 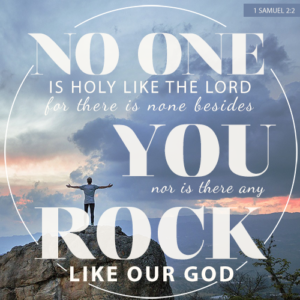 3 “Do not keep talking so exceedingly proudly.
Do not let arrogance come from your mouth,
for the Lord is a God of knowledge.
By him actions are weighed.

4 “The bows of the mighty men are broken.
Those who stumbled are armed with strength.
5 Those who were full have hired themselves out for bread.
Those who were hungry are satisfied.
Yes, the barren has borne seven.
She who has many children languishes.

6 “The Lord kills and makes alive.
He brings down to Sheol and brings up.

7 The Lord makes poor and makes rich.
He brings low, and he also lifts up.

8 He raises up the poor out of the dust.
He lifts up the needy from the dunghill
to make them sit with princes
and inherit the throne of glory.
For the pillars of the earth are the Lord’s.
He has set the world on them.

9 He will keep the feet of his holy ones,
but the wicked will be put to silence in darkness;
for no man will prevail by strength.

10 Those who strive with the Lord shall be broken to pieces.
He will thunder against them in the heavens.

“The Lord will judge the ends of the earth.
He will give strength to his king,
and exalt the horn of his anointed.”

11 Elkanah went to Ramah to his house. The child served the Lord before Eli the priest.

The Sins of Eli’s Sons

12 Now the sons of Eli were wicked men. They did not know the Lord.

13 The custom of the priests with the people was that when anyone offered a sacrifice, the priest’s servant came while the meat was boiling, with a fork of three tines in his hand; 14 and he stabbed it into the pan, or kettle, or cauldron, or pot. The priest took all that the fork brought up for himself. They did this to all the Israelites who came there to Shiloh. 15 Yes, before they burned the fat, the priest’s servant came, and said to the man who sacrificed, “Give meat to roast for the priest; for he will not accept boiled meat from you, but raw.”

16 If the man said to him, “Let the fat be burned first, and then take as much as your heart desires;” then he would say, “No, but you shall give it to me now; and if not, I will take it by force.”

17 The sin of the young men was very great before the Lord; for the men treated the offering of the Lord with comtempt. 18 But Samuel ministered before the Lord, being a child, clothed with a linen ephod. 19 Moreover his mother made him a little robe, and brought it to him from year to year when she came up with her husband to offer the yearly sacrifice. 20 Eli blessed Elkanah and his wife, and said, “May the Lord give you offspring from this woman for the petition which was asked of the Lord.” Then they went to their own home.

21 The Lord visited Hannah, and she conceived and bore three sons and two daughters. The child Samuel grew before the Lord.

Jesus Heals at the Pool of Bethesda

1 After these things, there was a feast of the Jews, and Jesus went up to Jerusalem. 2 Now in Jerusalem by the sheep gate, there is a pool, which is called in Hebrew, “Bethesda”, having five porches. 3 In these lay a great multitude of those who were sick, blind, lame, or paralyzed, waiting for the moving of the water; 4 for an angel went down at certain times into the pool and stirred up the water. Whoever stepped in first after the stirring of the water was healed of whatever disease he had. 5 A certain man was there who had been sick for 38 years. 6 When Jesus saw him lying there, and knew that he had been sick for a long time, he asked him, “Do you want to be made well?”

7 The sick man answered him, “Sir, I have no one to put me into the pool when the water is stirred up, but while I’m coming, another steps down before me.”

9 Immediately, the man was made well, and took up his mat and walked.
Now it was the Sabbath on that day. 10 So the Jews said to him who was cured, “It is the Sabbath. It is not lawful for you to carry the mat.”

13 But the man who was healed did not know who it was, for Jesus had withdrawn, a crowd being in the place.

14 Afterward Jesus found him in the temple, and said to him, “You are made well. Sin no more, so that nothing worse happens to you.”

15 The man went away, and told the Jews that it was Jesus who had made him well.

The Father and the Son

16 For this reason the Jews persecuted Jesus, and sought to kill him, because he did these things on the Sabbath. 17 But Jesus answered them, “My Father is still working, so I am working, too.”

18 For this reason therefore the Jews sought all the more to kill him, because he not only broke the Sabbath, but also called the Lord his own Father, making himself equal with the Lord.

37 He brought them out with silver and gold.
There was not one feeble person among his tribes.
38 Egypt was glad when they departed,
for fear of them had fallen on them.

39 He spread a cloud for a covering,
fire to give light in the night.
40 They asked, and he brought quails,
and satisfied them with the bread of the sky.
41 He opened the rock, and waters gushed out.
They ran like a river in dry places.

42 For he remembered his holy word,
and Abraham, his servant.
43 He brought his people out with joy,
his chosen with singing.
44 He gave them the lands of the nations.
They took the labor of the peoples in possession,
45 that they might keep his statutes,
and observe his laws.
Praise the Lord!

28 In the multitude of people is the king’s glory,
but in the lack of people is the destruction of the prince.
29 He who is slow to anger has great understanding,
but he who has a quick temper displays folly.