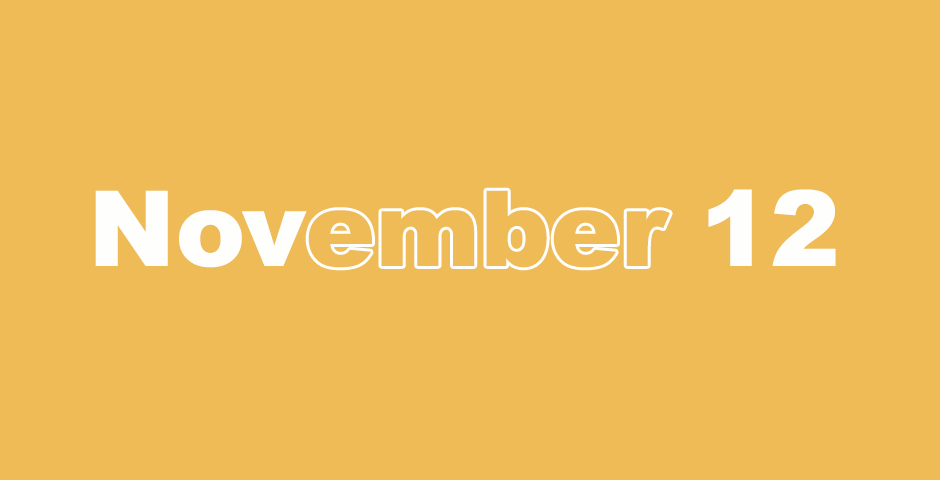 Without faith it is impossible to be well pleasing to him, for he who comes to God must believe that he exists, and that he is a rewarder of those who seek him.  Hebrews 11:6

A Prophecy against Ammon

1 The word of the Lord came to me, saying, 2 “Son of man, set your face toward the Ammonites and prophesy against them. 3 Tell the Ammonites, ‘Hear the word of the Lord God! The Lord God says, “Because you said, ‘Ha!’ when my sanctuary was profaned and when the land of Israel was made desolate and to the house of Judah when they went into captivity, 4 therefore, I will deliver you to the people of the East as a possession. They will set their encampments and make their dwellings among you. They will eat your fruit and drink your milk.

A Prophecy against Moab

8 “ ‘The Lord God says, “Because Moab and Seir say, ‘The house of Judah is like every other nation,’ 9 therefore, I will expose the side of Moab from its border towns, the glory of the country–Beth Jeshimoth, Baal Meon, and Kiriathaim. 10 To the people of the East, I will give it as a possession, along with the Ammonites, that the Ammonites may not be remembered among the nations. 11 I will execute judgments on Moab. Then they will know that I am the Lord.”

12 “ ‘The Lord God says: “Because Edom has dealt against the house of Judah by taking vengeance and has greatly offended in avenging itself on them,” 13 therefore the Lord God says, “I will stretch out my hand on Edom and will cut off man and animal from it, and I will make it desolate from Teman to Dedan. 14 I will lay my vengeance on Edom by the hand of my people Israel. They will deal with Edom according to my anger and wrath. Then they will know my vengeance,” says the Lord God.

A Prophecy against the Philistines

15 “ ‘The Lord God says: “Because the Philistines have taken revenge, taking vengeance with utter contempt, to destroy them because of their ancient hostility,” 16 therefore the Lord God says, “I will stretch out my hand on the Philistines, and I will cut off the Cherethites and destroy the remnant along the seacoast. 17 I will execute great vengeance on them in furious rebuke. Then they will know that I am the Lord, when I lay my vengeance on them.” ’ ”

A Prophecy against Tyre

1 On the first day of the month, in the eleventh year of king Jehoiachin’s captivity, the word of the Lord came to me, saying, 2 “Son of man, because Tyre has said against Jerusalem, ‘Ha! She is broken! She who was the gateway of the peoples has been turned over to me. I will be replenished now that she is laid waste,’ 3 therefore the Lord God says, ‘I am against you, Tyre. I will cause many nations to come up against you, as the sea causes its waves to come up. 4 They will destroy the walls of Tyre and break down her towers. I will also scrape the dust from her and make her a bare rock. 5 She will be a place for the spreading of nets in the middle of the sea, for I have spoken it,’ says the Lord God. ‘She will become plunder for the nations. 6 Her daughters who are in the field will be slain with the sword. Then they will know that I am the Lord.’

7 “For the Lord God says, ‘I will bring on Tyre, Nebuchadnezzar king of Babylon, king of kings, from the north, with horses, with horsemen in chariots, and with an army of many people. 8 He will kill your daughters in the field with the sword. He will make forts against you, cast up a mound against you, and raise up the buckler against you. 9 He will set his battering engines against your walls, and with his axes he will break down your towers. 10 From the abundance of his horses, their dust will cover you. Your walls will shake at the noise of the horsemen, of the wagons, and of the chariots, when he enters into your gates, as men enter into a city which has been breached. 11 He will tread down all your streets with the hoofs of his horses. He will kill your people with the sword. The pillars of your strength will fall to the ground. 12 They will make a plunder of your riches and prey of your merchandise. They will break down your walls and destroy your beautiful houses. They will lay your stones, your timber, and your dust into the sea. 13 I will cause the sound of your songs to cease. The sound of your harps will no longer be heard. 14 I will make you a bare rock. You will be a place for the spreading of nets. You will be never be rebuilt, for I the Lord have spoken it,’ says the Lord God.

15 “The Lord God says to Tyre, ‘Will the islands not shake at the sound of your fall, when the wounded groan, when the slaughter takes place within you? 16 Then all the coastal rulers will come down from their thrones and lay aside their robes and strip off their embroidered garments. They will clothe themselves with trembling. They will sit on the ground and will tremble every moment and be appalled at you. 17 They will sing a song of lament over you and tell you,

“How you are destroyed,
who were inhabited by seafaring men,
the renowned city by the sea,
who was strong,
she and her inhabitants,
who struck terror on everyone around her!”
18 Now the islands tremble on the day of your downfall.
Yes, the islands in the sea will be shocked at your demise.’

19 “For the Lord God says, ‘When I make you a desolate city like uninhabited cities, when I bring the depths of the sea over you and the great waters cover you, 20 then I will bring you down like those who have descended into the pit–the people from ancient times–and will make you dwell in the lower parts of the earth, in places old and desolate, with those who go down to the pit. You will be uninhabited when I set glory in the land of the living. 21 I will bring you to a terrifying end, and you will be no more. Though you are sought after, yet you will never be found again,’ says the Lord God.”

Faith is Being Sure

1 Now faith is the assurance of things hoped for, proof of things not seen. 2 For by this, the ancients gained approval.

3 By faith, we understand that the universe was formed by the word of God, so that what is seen has not been made out of things which are visible. 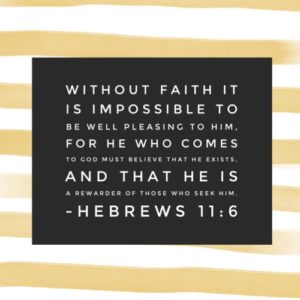 The Faith of Abel, Enoch, Noah

4 By faith, Abel offered to God a more excellent sacrifice than Cain. Abel’s righteousness testified of his faith, which God confirmed by accepting his gifts, through which, even though he is dead, still speaks.

5 By faith, Enoch was taken away so that he would not see death, and he was not found because God had taken him. For he has had testimony given to him that before he was taken he had been pleasing to God.

6 Without faith it is impossible to please God, for he who comes to God must believe that he exists and that he is a rewarder of those who seek him.

7 By faith, Noah, being warned about things not yet seen, moved with godly fear and prepared a ship for the saving of his family, through which he condemned the world and became heir of the righteousness which is according to faith.

The Faith of Abraham

8 By faith, Abraham, when he was called, obeyed, going out to the place which he was to receive as an inheritance. He went out, not knowing where he was going. 9 By faith, he lived as an alien in the land of promise, as in a land not his own, dwelling in tents with Isaac and Jacob, the heirs with him of the same promise. 10 For he was waiting for the city with eternal foundations, whose architect and builder is God.

11 By faith, Sarah herself received power to conceive, and she bore a child when she was past the age of childbearing, since she considered that he who had promised was faithful. 12 Therefore as many as the multitude of stars in the sky, and as innumerable as the sand by the seashore, were fathered by one man, and him as good as dead.

13 These people all died in faith, not having received the promises, but having seen them and embraced them from afar, and having confessed that they were strangers and pilgrims on the earth.

14 For those who say such things make it clear that they are seeking a country of their own. 15 If indeed they had been thinking of that country from which they went out, they would have had enough time to return. 16 But now they desire a better country, that is, a heavenly one. Therefore God is not ashamed of them, to be called their God, for he has prepared a city for them.

1 The Lord said to my Lord,
“Sit at my right hand,
until I make your enemies
your footstool for your feet.”

2 The Lord extends your mighty scepter out of Zion.
“Rule among your enemies.”
3 Your people offer themselves willingly
on your day of battle,
arrayed in holy splendor.
From the womb of dawn,
you have the dew of your youth.

4 The Lord has sworn,
and will not change his mind:
“You are a priest forever
in the order of Melchizedek.”

5 The Lord is at your right hand.
He will crush kings in the day of his wrath.
6 He will judge among the nations.
He will heap up dead bodies.
He will crush the ruler of the whole earth.
7 He will drink of the brook along the way,
therefore he will lift up his head.

14 He who blesses his neighbor with a loud voice early in the morning,
it will be taken as a curse by him.