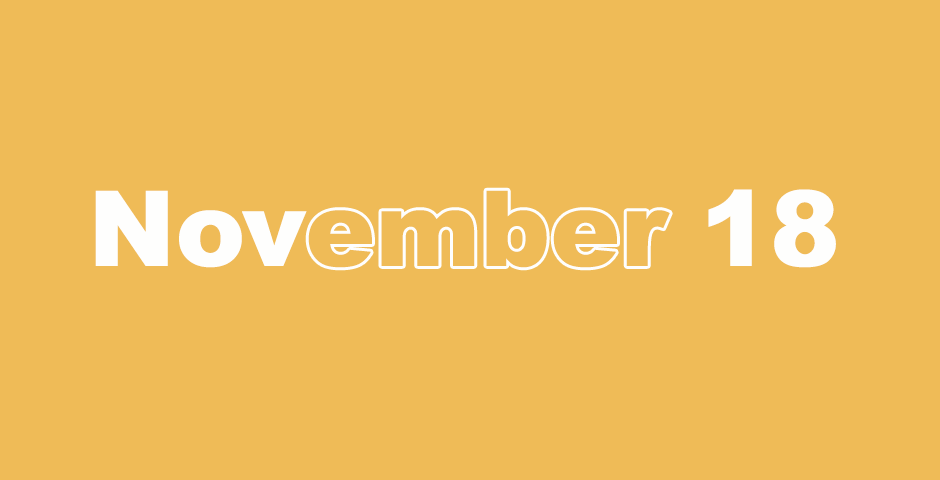 Listen, my beloved brothers. Did God not choose those who are poor in this world to be rich in faith and heirs of the Kingdom which he promised to those who love him? James 2:5

The Valley of Dry Bones

1 The hand of the Lord was upon me, and he brought me out in the Spirit of the Lord, and set me down in the midst of the valley, and it was full of bones. 2 He led me all around them in the open valley where there were very many of them, and they were very dry. 3 He said to me, “Son of man, can these bones live?”

7 So I prophesied as I was commanded. As I prophesied, there was a noise, like an earthquake. Then the bones came together, bone to bone. 8 I watched, and there were tendons on them and flesh appearing and skin covering them, but there was no breath in them.

9 Then he said to me, “Prophesy to the wind, prophesy, son of man, and tell the wind, ‘The Lord God says, “Come from the four winds, breath, and breathe on these slain, that they may live.” ’ ”

10 So I prophesied as he commanded me, and the breath came into them, and they lived, and stood up on their feet, an exceedingly great army.

11 Then he said to me, “Son of man, these bones are the whole house of Israel. They say, ‘Our bones are dried up, and our hope is lost. We are completely cut off.’

One Nation with One King

15 The word of the Lord came to me again, saying, 16 “You, son of man, take one stick and write on it, ‘For Judah, and for the Israelites his companions.’ Then take another stick and write on it, ‘For Joseph, the stick of Ephraim, and for all the house of Israel his companions.’ 17 Then join them, one to the other, into one stick, that they may become one in your hand.

18 “When your people speak to you, saying, ‘Will you not show us what you mean by this?’ 19 tell them, ‘The Lord God says: “I will take the stick of Joseph, which is in the hand of Ephraim and the tribes of Israel his companions, and I will put them with it, with the stick of Judah and make them one stick, and they will be one in my hand. 20 The sticks on which you write will be in your hand before their eyes.” ’

21 Say to them, ‘The Lord God says: “I will take the Israelites from among the nations, where they have gone and will gather them on every side, and bring them into their own land. 22 I will make them one nation in the land, on the mountains of Israel. One king will be king to all of them. They will no longer be two nations. They will no longer be divided into two kingdoms. 23 They will no longer defile themselves with idols or detestable things or with any of their transgressions, but I will save them from all their apostasies by which they have sinned and will cleanse them. So they will be my people, and I will be their God.

24 “ ‘ “My servant David will be king over them. They all will have one shepherd. They will also walk in my ordinances and observe my statutes and do them. 25 They will dwell in the land that I have given to Jacob my servant, in which your fathers lived. They will dwell within it, they, and their children, and their children’s children, forever. David my servant will be their prince forever.

1 The word of the Lord came to me, saying, 2 “Son of man, set your face toward Gog, of the land of Magog, the prince of Rosh, Meshech, and Tubal, and prophesy against it, 3 and say, ‘The Lord God says: “I am against you, Gog, prince of Rosh, Meshech, and Tubal. 4 I will turn you around and put hooks into your jaws, and I will bring you out with all your army, horses and horsemen, all of them clothed in full armor, a great company with buckler and shield, all of them brandishing swords. 5 Persia, Cush, and Put will be with them, all of them with shield and helmet, 6 Gomer, and all his troops; the house of Togarmah in the uttermost parts of the north, and all his troops; and the numeerous peoples with you.

7 “ ‘ “Be prepared, yes, prepare yourself, you and all your companies who are assembled to you and be a guard to them. 8 After many days you will be summoned. In latter years you will go against a land that has been brought back from the devastation of the sword, where people have been gathered from many nations to the mountains of Israel, which had been lying in ruins for a long time, but its people have been brought out from the nations, and now dwell securely, all of them. 9 You will descend on them like a storm. You will be like a cloud covering the land, you and all your troops, and the many peoples with you.”

10 “ ‘The Lord God says: “It will happen on that day that thoughts will come into your mind, and you will devise an evil plan. 11 You will say, ‘I will go up to the land of unwalled villages. I will go to those who are at rest, who dwell securely, all of them dwelling without walls, bars nor gates, 12 to take plunder and prey; to turn your hand against the ruins that are inhabited, and against the people who were gathered out of the nations, who have gained livestock and goods, dwelling in the midst of the earth.’

13 Sheba, and Dedan, and the merchants of Tarshish, with all its young lions, will ask you, ‘Have you come to take the plunder? Have you assembled your company to take the prey, to carry away silver and gold, to take away livestock and goods, to take great plunder?’ ” ’

14 “Therefore, son of man, prophesy, and tell Gog, ‘The Lord God says: “In that day when my people Israel dwell securely, will you not know it? 15 You will come from your place out of the uttermost parts of the north, you, and many peoples with you, all of them riding on horses, a great company and a mighty army. 16 You will come up against my people Israel, like a cloud covering the land. It will happen in the latter days, that I will bring you against my land, that the nations may know me, when I am shown holy in you, Gog, in their sight.”

17 “ ‘The Lord God says: “Are you he of whom I spoke of in old times through my servants the prophets of Israel, who prophesied in those days for years that I would bring you against them? 18 It will happen in that day, when Gog comes against the land of Israel,” says the Lord God, “that my wrath will come up into my nostrils.

19 For in my jealousy and in the fire of my wrath I have spoken. Surely in that day there will be a great shaking in the land of Israel; 20 so that the fish of the sea, the birds of the sky, the animals of the field, all creeping things who creep on the earth, and all the men who are on the face of the earth will shake at my presence. Then the mountains will be thrown down, the steep places will fall, and every wall will fall to the ground.

21 I will call for a sword against him to all my mountains,” says the Lord God. “Every man’s sword will be against his brother. 22 I will enter into judgment with him with disease and bloodshed. I will send torrential rain on him, and on his hordes, and on the many peoples who are with him; overflowing rain, with great hailstones, fire, and sulfur.

23 I will show my greatness and holiness and will make myself known in the sight of many nations. Then they will know that I am the Lord.” ’

A Warning against Favoritism 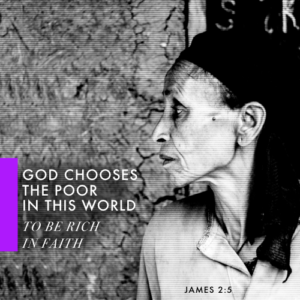 1 My brothers, do not hold the faith of our Lord Jesus Christ of glory with partiality.

2 For if a man with a gold ring, in fine clothing, comes into your synagogue, and a poor man in filthy clothing also comes in, 3 and you pay special attention to him who wears the fine clothing, and say, “Sit here in a good place,” and you tell the poor man, “Stand there,” or “Sit by my footstool,” 4 have you not shown partiality among yourselves and become judges with evil thoughts?

5 Listen, my beloved brothers. Did God not choose those who are poor in this world to be rich in faith and heirs of the Kingdom which he promised to those who love him? 6 But you have dishonored the poor man. Do the rich not oppress you and personally drag you before the courts? 7 Do they not blaspheme the honorable name by which you are called?

8 However, if you fulfill the royal law, according to the Scripture, “You shall love your neighbor as yourself,” you do well. 9 But if you show partiality, you commit sin, being convicted by the law as transgressors.

10 For whoever keeps the whole law and yet stumbles in one point, he has become guilty of all of it. 11 For he who said, “Do not commit adultery,” also said, “Do not commit murder.” Now if you do not commit adultery, but murder, you have become a transgressor of the law. 12 So speak and do as men who are to be judged by a law of freedom. 13 For judgment is without mercy to him who has shown no mercy. Mercy triumphs over judgment.

14 What good is it, my brothers, if a man says he has faith, but has no works? Can faith save him? 15 And if a brother or sister is naked and in lack of daily food, 16 and one of you tells them, “Go in peace, be warmed and filled,” and yet you did not give them the things the body needs, what good is it? 17 Just the same, faith, if it has no works, is dead in itself.

18 Yes, a man will say, “You have faith, and I have works.” Show me your faith without works, and I, by my works, will show you my faith. 19 You believe that God is one. You do well. The demons also believe and shudder.

20 But do you want evidence, foolish man, that faith apart from works is dead? 21 Was Abraham our father not justified by works, in that he offered up Isaac his son on the altar? 22 You see that his faith and his actions were working together so that by his works his faith was perfected, 23 and the Scripture was fulfilled which says, “Abraham believed God, and it was accounted to him as righteousness,” and he was called the friend of God.

24 You see then that by works, a man is justified and not only by faith. 25 In the same way, was Rahab the prostitute not also justified by works, in that she received the messengers, and sent them out another way? 26 For as the body apart from the spirit is dead, so faith apart from works is dead.

Extol Him, All You Peoples!

1 Praise the Lord, all you nations!
Extol him, all you peoples!
2 For his loving kindness is great toward us.
The faithfulness of the Lord endures forever.
Hallelujah! 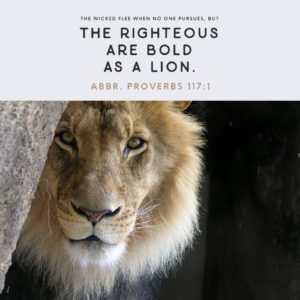 1 The wicked flee when no one pursues,
but the righteous are as bold as a lion.