Your faithfulness is to all generations. You have established the earth, and it remains. Psalm 119:90

4 The herald then cried aloud, “To you it is commanded, peoples, nations, and languages, 5 that whenever you hear the sound of the horn, flute, zither, lyre, harp, pipe, and any kind of music, you must fall down and worship the golden image that Nebuchadnezzar the king has set up. 6 Whoever does not fall down and worship shall be cast into the middle of a blazing furnace the same hour.”

7 Therefore at that time, when all the peoples heard the sound of the horn, flute, zither, lyre, harp, pipe, and any kind of music, all the peoples, the nations, and the languages, fell down and worshiped the golden image that Nebuchadnezzar the king had set up.

8 Therefore at that time certain Chaldeans came near and brought an accusation against the Jews. 9 They answered Nebuchadnezzar the king, “O king, live forever! 10 You, O king, have made a decree, that every man who hears the sound of the horn, flute, zither, lyre, harp, pipe, and any kind of music, shall fall down and worship the golden image, 11 and whoever does not fall down and worship shall be cast into the middle of a blazing furnace. 12 There are certain Jews whom you have appointed over the affairs of the province of Babylon: Shadrach, Meshach, and Abednego. These men, O king, have not respected you. They do not serve your gods and do not worship the golden image which you have set up.”

13 Then Nebuchadnezzar, in a furious rage, commanded that Shadrach, Meshach, and Abednego be brought in. And these men were brought before the king. 14 Nebuchadnezzar answered them, “Is it true, Shadrach, Meshach, and Abednego, that you don’t serve my god or worship the golden image which I have set up? 15 Now if you are ready, whenever you hear the sound of the horn, flute, zither, lyre, harp, pipe, and any kind of music, to fall down and worship the image which I have made, good, but if you don’t worship, you shall be cast the same hour into the middle of a blazing furnace. Who is the god that will deliver you from my hands?”

16 Shadrach, Meshach, and Abednego answered the king, “Nebuchadnezzar, we have no need to answer you in this matter. 17 If this is so, our God whom we serve is able to deliver us from the blazing furnace, and he will deliver us from your hand, O king. 18 But whether it is or not, let it be known to you, O king, that we will not serve your gods or worship the golden image which you have set up.”

24 Then Nebuchadnezzar the king was astonished and jumped to his feet. He spoke, saying to his counselors, “Did we not we cast three men bound, into the middle of the fire?”

They answered the king, “It is true, O king.”

25 He answered, “Look, I see four men loose, walking in the middle of the fire, and they are unharmed. The appearance of the fourth is like a son of the gods.”

26 Then Nebuchadnezzar came near to the mouth of the blazing furnace. He spoke and said, “Shadrach, Meshach, and Abednego, you servants of the Most High God, come out and come here!”

Then Shadrach, Meshach, and Abednego came out from the midst of the fire. 27 The local officials; the deputies and the governors, and the king’s counselors, being gathered together, saw these men, and that the fire had no effect on their bodies. The hair of their head was not singed. Their pants were not changed, and the smell of smoke was not on them.

28 Nebuchadnezzar spoke and said, “Blessed be the God of Shadrach, Meshach, and Abednego, who has sent his angel, and delivered his servants who trusted in him, and have defied the king’s command, and have yielded their bodies, that they might not serve or worship any god, except their own God. 29 Therefore I am making a decree, that every people, nation, and language, which speaks anything against the God of Shadrach, Meshach, and Abednego, shall be cut in pieces, and their houses shall be turned to rubble, because there is no other god who is able to deliver like this.”

30 Then the king promoted Shadrach, Meshach, and Abednego in the province of Babylon.

1 Therefore I exhort the elders among you, as a fellow elder, and a witness of the suffering of Christ, and who will also share in the glory that will be revealed: 2 Shepherd the flock of God that is among you, exercising oversight, not under compulsion, but voluntarily, not for dishonest gain, but willingly; 3 not as lording it over those entrusted to you, but making yourselves examples to the flock. 4 When the chief Shepherd is revealed, you will receive the crown of glory that does not fade away.

5 Likewise, you younger ones, be subject to the elders. Yes, all of you clothe yourselves with humility, to subject yourselves to one another, for

6 Humble yourselves therefore under the mighty hand of God, that he may exalt you in due time, 7 casting all your worries on him because he cares for you.

8 Be sober-minded and self-controlled. Be watchful. Your adversary, the devil, walks around like a roaring lion, seeking the one whom he can devour. 9 Withstand him, steadfast in your faith, knowing that your brothers who are in the world are undergoing the same sufferings.

10 But may the God of all grace, who called you to his eternal glory through Christ Jesus, after you have suffered a little while, perfect, establish, strengthen, and settle you. 11 To him be the glory and the power forever and ever. Amen.

12 Through Silvanus, as I think of him, our faithful brother, I have written to you briefly, exhorting, and testifying that this is the true grace of God. Stand firm in it. 13 She who is in Babylon, chosen together with you, greets you. So does Mark, my son.

14 Greet one another with a kiss of love.

Peace be to all of you who are in Christ Jesus. Amen.

KAF
81 My soul faints for your salvation.
I hope in your word.
82 My eyes fail, longing for your word.
I ask, “When will you comfort me?”
83 For I have become like a wineskin in the smoke.
I do not forget your statutes.
84 How many days must your servant wait?
When will you execute judgment on those who persecute me?
85 The proud have dug pits for me,
contrary to your law.
86 All of your commandments are faithful.
They persecute me wrongfully.
Help me!
87 They had almost wiped me from the earth,
but I did not forsake your precepts.
88 Preserve my life according to your loving kindness,
so I will obey the statutes of your mouth. 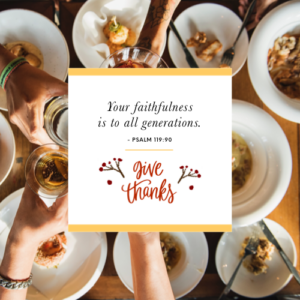 89 Lord, your word is settled in heaven forever.
90 Your faithfulness is to all generations.
You have established the earth, and it remains.
91 Your laws remain to this day,
for all things serve you.
92 Unless your law had been my delight,
I would have perished in my affliction.
93 I will never forget your precepts,
for with them, you have revived me.
94 I am yours.
Save me, for I have sought your precepts.
95 The wicked have waited for me, to destroy me.
I will consider your statutes.
96 I have seen a limit to all perfection,
but your commands are boundless.

15 As a roaring lion or a charging bear,
so is a wicked ruler over helpless people.

16 A tyrannical ruler lacks judgment.
One who hates ill-gotten gain will prolong his days.