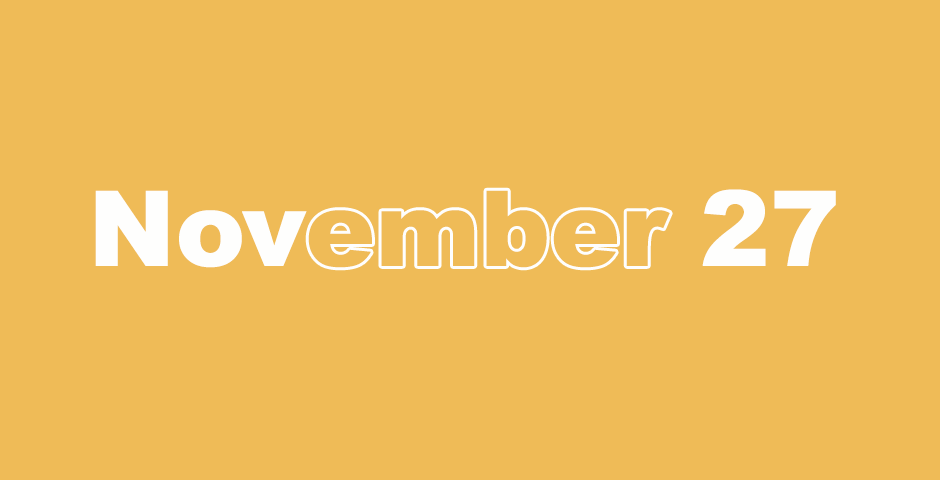 1 From Nebuchadnezzar the king,

To all the peoples, nations, and languages, who dwell on the earth:
Peace be multiplied to you.

2 It has seemed good to me to show the signs and wonders that the Most High God has done for me.

3 How great are his signs!
How mighty are his wonders!
His kingdom is an everlasting kingdom.
His dominion is from generation to generation.

Nebuchadnezzar’s Dream of a Great Tree

4 I, Nebuchadnezzar, was at rest in my house, and flourishing in my palace. 5 I saw a dream which frightened me. While laying on my bed, the thoughts and visions in my head troubled me. 6 Therefore I made a decree to bring in all the wise men of Babylon before me, that they might make the interpretation of the dream known to me. 7 Then the magicians, the enchanters, the Chaldeans, and the soothsayers came in; and I told them the dream, but they did not make its interpretation known to me. 8 But at the end, Daniel came in before me, whose name was Belteshazzar, according to the name of my god, and in whom is the spirit of the holy gods. I told the dream to him, saying,

9 “Belteshazzar, master of the magicians, because I know that the spirit of the holy gods is in you and no secret troubles you, tell me the visions of my dream that I have seen, and its interpretation.

10 These were the visions in my head as I lay on my bed:

I looked, and a tree was in the midst of the earth,
and its height was great.
11 The tree grew, and was strong,
and its height reached to the sky,
and its visibility to the end of all the earth.
12 The leaves of it were beautiful,
and it had an abundance of fruit.
on it was food for everyone.
The animals of the field had shade under it,
and the birds of the sky lived in its branches,
and all creatures were fed from it.

13 “I saw in the visions of my head while laying on my bed, an observer, a holy one descending from the heavens. 14 He cried aloud and said this,

‘Cut down the tree and cut off its branches!
Shake off its leaves, and scatter its fruit!
Let the animals find refuge under it,
and the fowls from its branches.
15 Nevertheless leave the stump of its roots in the earth
with a band of iron and bronze
in the tender grass of the field,
and let it be wet with the dew of the sky.
Let his portion be with the animals in the grass of the earth.
16 Let his mind be changed from the mind of a man
to the mind of an animal.
Then let seven times pass over him.

17 “ ‘This sentence is by decree of the watchers
and commanded at the word of the holy ones,
with the intent that the living may know
that the Most High rules in the kingdom of men,
and gives it to whomever he will,
and setting it up over it the lowest of men.’

19 Then Daniel, whose name was Belteshazzar, was stricken mute for a while, and his thoughts troubled him. The king answered, “Belteshazzar, do not let the dream or the interpretation trouble you.”

Belteshazzar answered, “My lord, may the dream be for those who hate you, and its interpretation to your adversaries.

20 The tree that you saw, which grew and was strong, whose height reached to the sky, and its sight to all the earth; 21 whose leaves were beautiful and its fruit plentiful, and in it was food for all; under which the animals of the field lived, and on whose branches the birds of the sky nested: 22 it is you, O king, who has grown and become strong, for your greatness has grown, and reaches to the sky, and your dominion to the end of the earth.

23 “The king saw an observer, a holy one descending from the sky and saying,

‘Cut down the tree and destroy it,
but leave the stump of its roots in the earth
with a band of iron and bronze,
in the tender grass of the field
and let it be wet with the dew of the sky.
Let his portion be with the animals of the field,
until seven times pass over him.

24 “This is the interpretation, O king, and it is the decree of the Most High, which has come on my lord the king: 25 that you shall be driven from men, and your dwelling shall be with the animals of the field. You shall be made to eat grass as oxen, and shall be wet with the dew of the sky, and seven times shall pass over you until you know that the Most High rules in the kingdom of men and gives it to whomever he will.

26 As the command was given to leave the tree’s stump with its roots, so your kingdom shall surely be restored to you, after you have acknowledged that Heaven does rule. 27 Therefore, O king, let my counsel be acceptable to you, and break free from your sins by practicing righteousness, and from your iniquities by showing mercy to the poor. Perhaps your prosperity will be prolonged.”

28 All this came on the king Nebuchadnezzar. 29 At the end of twelve months he was walking in the royal palace of Babylon. 30 The king spoke and said,

“Is this not great Babylon, which I have built as the royal dwelling place, by the might of my power and for the glory of my majesty?”

31 While the word was still in the king’s mouth, a voice came from the heavens, saying,

“O king Nebuchadnezzar, to you it is spoken: ‘The kingdom has departed from you. 32 You shall be driven from men; and your dwelling shall be among the animals of the field. You shall be made to eat grass as oxen. Seven times shall pass over you, until you know that the Most High rules in the kingdom of men, and gives it to whomever he will.’ ”

33 This sentence was fulfilled upon Nebuchadnezzar in the same hour. He was driven from men and ate grass like oxen, and his body was wet with the dew of the sky until his hair had grown like eagles’ feathers and his nails like birds’ claws.

34 At the end of the days I, Nebuchadnezzar, lifted up my eyes to heaven, and my understanding returned to me, and I praised the Most High, and I blessed and honored him who lives forever;

36 At the same time my reasoning returned to me, my majesty and splendor returned to me for the glory of my kingdom. My counselors and my lords sought me, and I was established in my kingdom, and surpassing greatness was added to me. 37 Now I, Nebuchadnezzar, praise and extol and honor the King of heaven; for all his works are truth, and his ways are just; and those who walk in pride, he is able to humble.

1 Simon Peter, a servant and apostle of Jesus Christ,

To those who have obtained the same precious faith with us, through the righteousness of our God and Savior, Jesus Christ:

2 Grace to you and peace be multiplied in the knowledge of God and of Jesus our Lord.

Make Your Calling Sure

3 His divine power has granted to us everything that pertains to life and godliness, through the knowledge of him who called us by his own glory and virtue, 4 by which he has granted to us his precious and exceedingly great promises, that through these you may become partakers of the divine nature, having escaped the corruption of this world, caused by carnal desires.

8 For if these things abound in you, they will prevent you from being idle or unfruitful in the knowledge of our Lord Jesus Christ. 9 For he who lacks these things is blind, seeing only what is near, having forgotten the cleansing from his former sins.

10 Therefore, brothers, be more diligent to make your calling and election sure. For if you do these things, you will never stumble. 11 For in this way, you will be richly supplied for the entrance into the eternal Kingdom of our Lord and Savior, Jesus Christ.

12 Therefore I will not be negligent to remind you of these things, though you know them and are established in the truth present in you. 13 I think it is right, as long as I am in this earthly tent, to stir you up by reminding you, 14 knowing that shortly, I will be putting aside this tent, as our Lord Jesus Christ has made clear to me. 15 Yes, I will make every effort that you may always be able to remember these things even after my departure.

16 For we did not follow cunningly devised fables when we made known to you the power and coming of our Lord Jesus Christ, but we were eyewitnesses of his majesty. 17 For he received honor and glory from God the Father when the voice came to him from the majestic glory of God,

“This is my beloved Son, in whom I am well pleased.” a

18 We heard this voice coming from heaven when we were with him on the holy mountain.

19 We have the more reliable word of prophecy, and you would do well to heed it, like a lamp shining in a dark place, until the day dawns and the morning star arises in your hearts, 20 knowing this first, that no prophecy of Scripture comes from a prophet’s own private interpretation. 21 For no prophecy ever came by the will of man, but holy men of God spoke, being moved by the Holy Spirit.

MEM
97 How I love your law!
It is my meditation all day.
98 Your commandments make me wiser than my enemies,
for your commandments are always with me.
99 I have more understanding than all my teachers,
for your testimonies are my meditation.
100 I understand more than the aged,
because I have kept your precepts.
101 I have kept my feet from every evil way,
that I might observe your word.
102 I have not turned away from your ordinances,
for you have taught me.
103 How sweet are your promises to my taste,
more than honey to my mouth!
104 Through your precepts, I get understanding;
therefore I hate every false way. 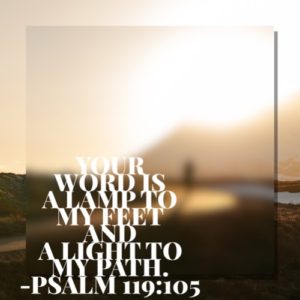 105 Your word is a lamp to my feet,
and a light for my path.
106 I have sworn, and have confirmed it,
that I will obey your righteous ordinances.
107 I am greatly afflicted.
Revive me, Lord, according to your word.
108 Accept, I beg you, the willing offerings of my mouth.
Lord, teach me your ordinances.
109 My life is continually at risk,
yet I will not forget your law.
110 The wicked have laid a snare for me,
yet I have not strayed from your precepts.
111 I have taken your testimonies as a heritage forever,
for they are the joy of my heart.
112 I have set my heart to perform your statutes forever,
even to the end.

17 A man who is tormented by life blood will be a fugitive until death.
No one will support him.

18 Whoever walks blamelessly is kept safe,
but one with perverse ways will fall suddenly.