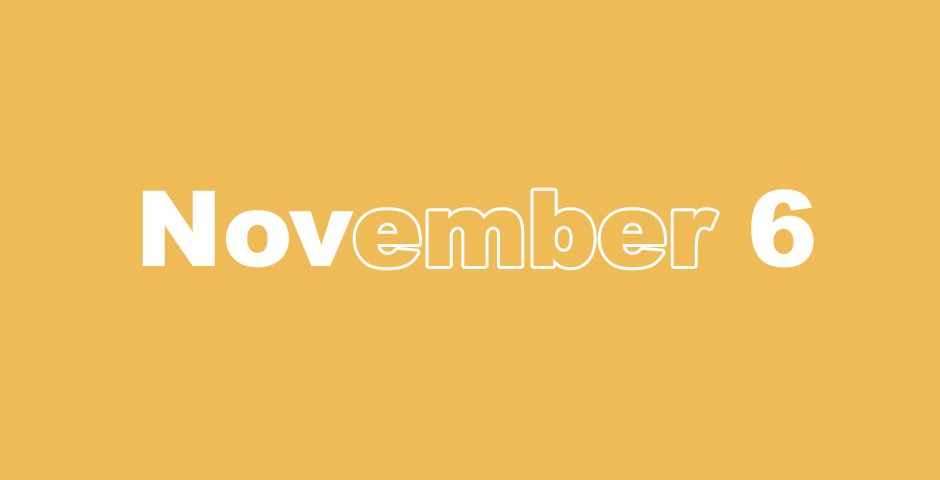 Therefore he is also able to save completely those who draw near to God through him, because he lives forever to make intercession for them.  Hebrews 7:25

1 The word of the Lord came to me, saying, 2 “Son of man, how is the wood from a vine tree better than any tree, or than the branch of the vine from among the trees of the forest? 3 Is wood taken from it to make anything useful? Can men make a peg from it to hang anything on it? 4 Indeed, it is cast into the fire for fuel. The fire devours both ends, and the middle of it is charred. Is it useful for anything? 5 When it was whole, it was unsuitable for anything. How much less, when the fire has devoured it, and it has been burned, could it be useful for anything?”

6 Therefore the Lord God says: “As I have given the vine tree among the trees of the forest as fuel for the fire, so I will give up the inhabitants of Jerusalem. 7 I will set my face against them. If they escape from the fire, the fire will still devour them. Then you will know that I am the Lord, when I set my face against them. 8 I will make the land desolate because they have been unfaithful,” says the Lord God.

1 Again the word of the Lord came to me, saying, 2 “Son of man, make Jerusalem aware of her abominations 3 and tell her that this is what the Lord God says to Jerusalem: Your origin and your birth is the land of the Canaanite. An Amorite was your father, and your mother was a Hittite. 4 As for your birth, on the day you were born your navel was not cut. You were not washed in water to cleanse you. You were not salted at all, nor wrapped in blankets at all. 5 No eye pitied you to do any of these things in compassion for you, but you were cast out in the open field, because you were abhorred on the day that you were born.

8 Now when I passed by you and looked at you, you were at the age for love, and I covered your nakedness with my cloak. Yes, I pledged myself to you, and entered into a covenant with you and you became mine, declares the Lord God.

9 Then I washed you with water. Yes, I thoroughly washed away your blood, and I anointed you with oil. 10 I clothed you also with embroidered work and put sealskin sandals on you. I dressed you with fine linen and covered you with silk. 11 I decked you with ornaments, put bracelets on your hands, and put a chain on your neck. 12 I put a ring on your nose and earrings in your ears and a beautiful crown on your head.

13 Thus you were decked with gold and silver. Your clothing was of fine linen, silk, and embroidered work. You ate fine flour, honey, and oil. You were exceedingly beautiful, and you prospered to royal estate. 14 Your renown went out among the nations for your beauty, for it was perfect, through my majesty which I had bestowed upon you, declares the Lord God.

17 You also took your beautiful jewels from my gold and from my silver, which I had given you and made for yourself images of men and played the prostitute with them. 18 You took your embroidered garments, covered them, and set my oil and my incense before them. 19 My bread also which I gave you, the fine flour, oil, and honey with which I fed you, you set it before them as a pleasant aroma, and so it was, declares the Lord God.

20 Moreover you have taken your sons and your daughters, whom you have borne to me, and you sacrificed them to be devoured. Was your prostitution not enough, 21 that you have slain my children and delivered them up, causing them to pass through the fire to idols?

22 In all your abominations and your prostitution you have not remembered the days of your youth, when you were naked and bare and wallowing in your own blood.

23 Woe, woe to you, declares the Lord God, after all your wickedness, 24 you built for yourselves a pagan shrine and have made for yourselves a high place in every square. 25 You have built your high places at the head of every street and have made your beauty an abomination and have opened your legs to everyone who passed by and multiplied your prostitution. 26 You have also committed sexual immorality with the Egyptians, your lustful neighbors, and have increased your prostitution, provoking me to anger.

27 See therefore, I have stretched out my hand over you and have reduced your portion and delivered you to the will of those who hate you, the daughters of the Philistines, who are ashamed of your lewd ways. 28 You have played the prostitute also with the Assyrians, because you were insatiable. Yes, you have played the prostitute with them, and yet you were not satisfied. 29 You have moreover multiplied your prostitution to the land of merchants, to Chaldea. And yet you were not satisfied with this.

35 “Therefore, prostitute, hear the word of the Lord, 36 ‘The Lord God says, “Because your filthiness was poured out, and your nakedness uncovered through your prostitution with your lovers, and because of all the idols of your abominations and for the blood of your children, that you gave to them, 37 therefore see, I will gather all your lovers, with whom you have taken pleasure and all those who you have loved, with all those who you have hated. I will gather them against you on every side, and will uncover your nakedness to them, that they may see your nakedness. 38 I will judge you as women who break their wedding vows and those who shed blood are judged, and I will bring on you the blood of wrath and jealousy.

39 I will give you into their hand, and they will throw down your pagan shrines and break down your high places. They will strip you of your clothes and take your beautiful jewels. They will leave you naked and bare. 40 They will also bring up a mob against you, and they will stone you and thrust you through with their swords. 41 They will burn your houses down and execute judgments on you in the sight of many women. I will stop you from playing the prostitute, and you will also not hire any more. 42 So I will cause my wrath toward you to rest and my jealousy will depart from you. I will be quiet and will not be angry any more.

43 Because you have not remembered the days of your youth, but have raged against me in all these things, therefore, I also will bring your ways on your own head,” says the Lord God, “and you shall not commit this lewdness with all your abominations.

44 Everyone who uses proverbs will use this proverb against you, saying,

‘As is the mother, so is her daughter.’

45 You are the daughter of your mother, who loathes her husband and her children, and you are the sister of your sisters, who loathed their husbands and their children. Your mother was a Hittite, and your father an Amorite. 46 Your elder sister is Samaria, who dwells to your left, she and her daughters, and your younger sister, who dwells to your right, is Sodom with her daughters. 47 Yet you have not walked in their ways, nor done their abominations, but soon you were more corrupt than they in all your ways.

48 As surely as I live,” says the Lord God, “your sister, Sodom and her daughters have never done as you and your daughters have done. 49 This was the iniquity of your sister Sodom: She and her daughters had pride, an abundance of bread, and prosperous ease, yet she did nothing to help the poor and needy. 50 They were arrogant and committed abominations before me. Therefore I removed them when I saw it.

59 For the Lord God says: “I will also deal with you as you have done, who have despised the oath in breaking the covenant. 60 Nevertheless I will remember my covenant with you in the days of your youth, and I will establish to you an everlasting covenant. 61 Then you will remember your ways and be ashamed, when you receive your sisters, your elder sisters and your younger, and I will give them to you as daughters, but not by your covenant. 62 I will establish my covenant with you. Then you will know that I am the Lord, 63 that you may remember, and be confounded, and never open your mouth any more, because of your shame, when I have forgiven you for all that you have done,” says the Lord God.’ ”

18 So the former commandment is annulled because of its weakness and uselessness 19 (for the law made nothing perfect), and a better hope is brought in, by which we draw near to God. 20 And indeed, Christ was not made priest without the taking of an oath, 21 for those Levites had indeed been made priests without the taking of an oath, but Christ was made a priest with an oath by the one who said to him,

The Lord swore and will not change his mind,
‘You are a priest forever,
according to the order of Melchizedek.’ a 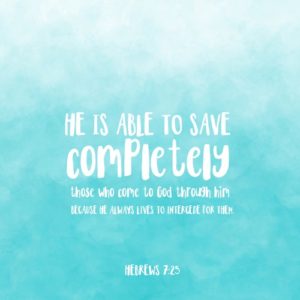 22 By so much more Jesus has become the guarantee of a better covenant. 23 There were many Levitical priests, because they were hindered by death from continuing in office. 24 But Christ, because he lives forever, has an unchangeable priesthood. 25 Therefore he is also able to save completely those who draw near to God through him, because he lives forever to intercede for them.

26 For such a high priest was fitting for us: holy, guiltless, undefiled, separated from sinners, and made higher than the heavens, 27 who does not need, like the Levitcal high priests, to offer up sacrifices daily, first for his own sins, and then for the sins of the people. For he did this once for all, when he offered up himself. 28 For the law appoints men as high priests who have weaknesses, but the word of the oath which came after the law appoints a Son forever who has been perfected.

Give Thanks to the Lord for He is Good

Give thanks to the Lord, for he is good,
for his loving kindness endures forever.
2 Who can utter the mighty acts of the Lord,
or fully declare all his praise?

3 Blessed are those who advocate for justice.
Blessed is one who does what is right at all times.
4 Remember me, Lord, with the favor that you show to your people.
Visit me with your salvation,
5 that I may see the prosperity of your chosen,
that I may rejoice in the gladness of your nation,
that I may glory with your inheritance.

6 We have sinned with our fathers.
We have committed iniquity.
We have acted wickedly.
7 Our fathers did not understand your wonders in Egypt.
They did not remember the abundance of your loving kindnesses,
but were rebellious at the sea, by the Red Sea.
8 Nevertheless he saved them for his name’s sake,
that he might make his mighty power known.
9 He rebuked the Red Sea also, and it was dried up,
so he led them through the depths, as through a desert.
10 He saved them from the hand that hated them,
and redeemed them from the hand of the enemy.
11 The waters covered their adversaries.
There was not one of them left.
12 Then they believed his words.
They sang his praise.

4 Wrath is cruel,
and anger is overwhelming,
but who is able to stand before jealousy?

6 The wounds of a friend are faithful,
although the kisses of an enemy are profuse.