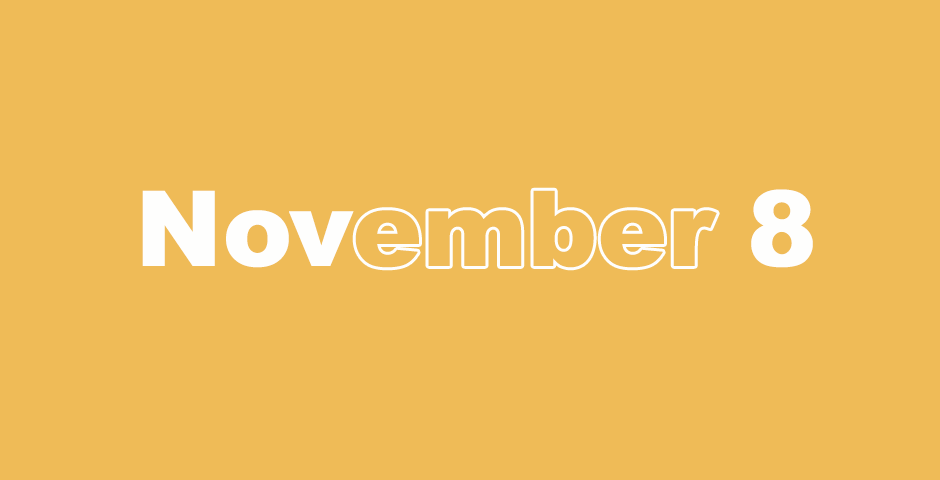 Do not forsake your friend and your father’s friend. Do not go to your brother’s house in the day of your disaster. A neighbor who is near is better than a distant brother. Proverbs 27:10

An Old Proverb about Israel

1 The word of the Lord came to me again, saying, 2 “What do you mean, quoting this proverb concerning the land of Israel, saying,

‘The fathers have eaten sour grapes,
and the children’s teeth are set on edge’?

3 “As I live,” says the Lord God, “you shall not use this proverb any more in Israel. 4 All souls are mine, as the soul of the father, so also the soul of the son is mine. The soul who sins, he shall die.

5 “Now suppose that a man is righteous and does what is just and right:

6 He does not eat on the mountain shrines
or lift his eyes to the idols of the house of Israel.
He does not defile his neighbor’s wife
or come near a woman in her impurity.
7 He does not wrong any
but restores to the debtor his pledge.
He takes nothing by robbery,
but gives his bread to the hungry
and covers the naked with a garment.
8 He does not lend to them with interest
or take any interest from them.
He withdraws his hand from iniquity
and executes true justice between men.
9 He walks in my statutes
and keeps my ordinances, to deal truly.
This is the man who is righteous.
He shall surely live,” says the Lord God.

10 “Suppose he fathers a son who is a robber who sheds blood or who does any one of these things, 11 though the father does not do any of them:

The son has eats at the mountain shrines
and defiles his neighbor’s wife,
12 He wrongs the poor and needy
and commits robbery
and does not restore a pledge.
He lifts his eyes to idols
and commits abominations.
13 He lends with interest
and collects a profit from the poor.

Shall he then live? He shall not live. He does all these abominations. He shall surely die. His blood will be on his own head.

14 “Now, if he fathers a son who sees all his father’s sins which he has committed and though he sees them, he does not do likewise:

15 He does not eaten on the mountains
or raise his eyes to the idols of the house of Israel.
He does not defile his neighbor’s wife.
16 He does not wrong anyone
or take anything in pledge or robbery.
He gives his bread to the hungry
and covers the naked with a garment.
17 He withdraws his hand from oppressing the poor
or receiving interest or increase from them.
He executs my ordinances
and walks in my statutes.

He shall not die for the iniquity of his father. He shall surely live. 18 As for his father, because he cruelly oppressed and robbed his brother and did that which is not good among his people, he will die in his iniquity.

The One Who Sins will Die

19 “Yet you say, ‘Why does the son not bear the iniquity of the father?’

When the son has done that which is lawful and right and has kept all my statutes and has done them, he will surely live.

24 “But when the righteous one turns away from his righteousness and commits iniquity and does according to all the abominations that the wicked one does, should he live? None of the righteous deeds that he has done will be remembered. In his trespass that he has trespassed, and in his sin that he has sinned, in them he shall die.

Hear now, house of Israel: Is my way not fair? Are your ways not unfair?

26 When the righteous man turns away from his righteousness, and commits iniquity, and dies in it; in his iniquity that he has done he shall die.

29 Yet the house of Israel says, ‘The way of the Lord is not fair.’

House of Israel, are my ways not fair? Are your ways not unfair?

30 “Therefore I will judge you, house of Israel, everyone according to his ways,” says the Lord God. “Return, and turn yourselves from all your transgressions, so iniquity will not be your ruin. 31 Cast away from you all the transgressions which you have committed and make for yourself a new heart and a new spirit, for why will you die, house of Israel? 32 For I have no pleasure in the death of the one who dies,” says the Lord God. “Therefore turn and live!

1 “Moreover, take up a lamentation for the leaders of Israel, 2 and say,

‘What was your mother?
A lioness! She couched among lions,
in the midst of the young lions
she nourished her cubs.
3 She brought up one of her cubs,
and he became a young lion.
He learned to catch prey,
and he devoured men.
4 When the nations heard of him,
he was taken in their pit.
They brought him with hooks
to the land of Egypt.

5 “ ‘Now when the lioness saw
that she had waited in vain,
and her hope was lost,
then she took another of her cubs,
and appointed him a strong, young lion.
6 He prowled with the lions,
and he became a young lion.
He learned to catch prey,
and he devoured men.
7 He knew their palaces
and laid waste their cities.
The land, in its fullness,
became desolate
at the sound of his roar.

8 Then the nations set against him,
from the provinces on every side.
They spread their net over him.
He was taken in their pit.
9 They put him in a cage with hooks
and brought him to the king of Babylon.
They brought him into captivity
so that his voice could no longer be heard
on the mountains of Israel.

10 “ ‘Your mother was like a vine in your vineyard,
planted by the waters.
It was fruitful and full of branches because of the abundance of water.
11 It had strong branches for the scepters of those who ruled.
Their stature was exalted among the thick boughs.
They were seen in their height
with the multitude of their branches.
12 But it was plucked up in fury.
It was cast down to the ground,
and the east wind dried up its fruit.
Its strong branches were broken off and withered.
The fire consumed them.
13 Now it is planted in the wilderness,
in a dry and thirsty land.
14 Fire has gone out of its branches.
It has devoured its fruit
so that there is in it no strong branch to be a scepter to rule.’

1 Now indeed the first covenant had ordinances of divine worship and an earthly sanctuary. 2 A tabernacle was prepared, and in the first part were the lamp stand, the table, and the show bread, which is called the Holy Place. 3 After the second veil was the tabernacle which is called the Holy of Holies, 4 having a golden altar of incense and the ark of the covenant overlaid on all sides with gold. In the ark was a golden pot holding the manna, Aaron’s rod that budded, and the tablets of the covenant. 5 Above it were cherubim of glory overshadowing the mercy seat, of which things we cannot speak now in detail.

6 Now with these things being thus prepared, the priests go in continually into the first tabernacle, performing the services. 7 But into the second tabernacle, the high priest alone goes, once a year, not without blood, which he offers for himself, and for the errors of the people.

8 Thus the Holy Spirit indicates that the way into the Holy Place had not yet been revealed, as long as the first tabernacle was still standing. 9 This is a symbol of the present age, where gifts and sacrifices are offered that are incapable, concerning the conscience, of making the worshiper perfect, 10 being only (with meats and drinks and various washings) fleshly ordinances, imposed until a time of reformation.

32 They angered the Lord at the waters of Meribah,
so that Moses suffered because of them.
33 Because they provoked his spirit,
from Moses’ own lips, came rash words.

34 They did not destroy the peoples,
as the Lord commanded them,
35 but mingled with other nations,
and learned their ways.
36 They served their idols,
which became a snare to them.
37 Indeed, they sacrificed their sons and their daughters to demons.
38 They shed innocent blood,
even the blood of their sons and of their daughters,
whom they sacrificed to the idols of Canaan.
The land was polluted with blood.
39 Thus they were defiled with their ways,
and prostituted themselves in their deeds.

40 Therefore the Lord burned with anger against his people.
He abhorred his inheritance.
41 He gave them into the hand of the nations.
Those who hated them ruled over them.
42 Their enemies also oppressed them.
They were brought into submission under their hand.
43 He rescued them many times,
but they were rebellious in their counsel,
and were brought low in their iniquity.
44 Nevertheless he regarded their distress,
when he heard their cry.
45 He remembered for them his covenant,
and relented according to the abundance of his loving kindnesses.
46 He made them also to be pitied
by all those who took them captive. 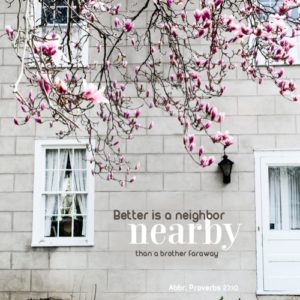 47 Save us, Lord, our God,
gather us from among the nations,
to give thanks to your holy name,
to triumph in your praise!

48 Blessed be the Lord, the God of Israel,
from everlasting to everlasting!
Let all the people say, “Amen.”

10 Do not forsake your friend and your father’s friend.
Do not go to your brother’s house in the day of your disaster.
A neighbor who is near is better than a distant brother.