Blessed are those whose strength is in you, who have set their hearts on a pilgrimage. Psalm 84:5

The Good and Bad Figs

1 The Lord showed me two baskets of figs set before the temple of the Lord, after Nebuchadnezzar king of Babylon had took captive Jeconiah the son of Jehoiakim, king of Judah, and the princes of Judah, with the craftsmen and smiths, from Jerusalem, and had brought them to Babylon. 2 One basket had very good figs, like the figs that are first-ripe; and the other basket had very bad figs, which could not be eaten, they were so bad.

3 Then the Lord asked me, “What do you see, Jeremiah?”

I said, “Figs. The good figs are very good, and the bad are very bad, so bad that can’t be eaten.”

4 The word of the Lord came to me, saying,

5 “The Lord, the God of Israel says: ‘Like these good figs, so I will regard the captives of Judah, whom I have sent out of this place into the land of the Chaldeans, for good. 6 For I will set my eyes on them for good, and I will bring them back to this land. I will build them, and not pull them down. I will plant them, and not uproot them. 7 I will give them a heart to know me, that I am the Lord. They will be my people, and I will be their God; for they will return to me with their whole heart.

8 “ ‘As for the bad figs, which cannot be eaten, they are so bad,’ surely the Lord says, ‘So I will give up Zedekiah the king of Judah, and his princes, and the remnant of Jerusalem, who remain in this land, and those who dwell in the land of Egypt. 9 I will give them up to be tossed back and forth among all the kingdoms of the earth for disaster; to be a reproach and a proverb, a taunt and a curse, in all places where I will drive them. 10 I will send the sword, the famine, and the pestilence, among them, until they are consumed from off the land that I gave to them and to their fathers.’ ”

3 From the thirteenth year of Josiah the son of Amon, king of Judah, to this day, these 23 years, the word of the Lord has come to me, and I have spoken to you, rising up early and speaking; but you have not listened.

4 The Lord has sent to you all his servants the prophets, rising up early and sending them (but you have not listened or inclined your ear to hear), 5 saying,

“Return now everyone from his evil way, and from your evil deeds, and continue dwelling in the land that the Lord has given to you and to your fathers, from of old and forever more. 6 Do not go after other gods to serve them or worship them, and do not provoke me to anger with the work of your hands; then I will do you no harm.”

7 “Yet you have not listened to me,” says the Lord; “that you may provoke me to anger with the work of your hands to your own hurt.”

8 Therefore the Lord of Hosts says:

“Because you have not listened to my words, 9 I will send and take all the families of the north,” says the Lord, “and I will send to Nebuchadnezzar the king of Babylon, my servant, and will bring them against this land, and against its inhabitants, and against all these nations around. I will utterly destroy them, and make them an astonishment, for ridicule, and unending desolation. 10 Moreover I will take from them the sound of laughter and the sound of gladness, the sounds of bridegrooms and the sound of brides, the sound of the millstones, and the light of the lamp. 11 This whole land will be a desolation, and an astonishment; and these nations will serve the king of Babylon 70 years.

The Destruction of Babylon

12 “It will happen, when 70 years have passed, that I will punish the king of Babylon and that nation,” says the Lord, “for their iniquity. I will make the land of the Chaldeans desolate forever. 13 I will bring on that land all my words which I have pronounced against it, all that is written in this book, which Jeremiah has prophesied against all the nations. 14 For many nations and great kings will make bondservants of them, I will repay them according to their deeds, and according to the work of their hands.”

“Take this cup of the wine of wrath from my hand, and cause all the nations to whom I send you to drink it. 16 They will drink, and reel back and forth, and be insane, because of the sword that I will send among them.”

“Drink, and be drunk, vomit, fall, and rise no more, because of the sword which I will send among you.” ’ 28 It shall be, if they refuse to take the cup at your hand to drink, then you shall tell them, ‘The Lord of hosts says: “You shall surely drink. 29 For I have begun to bring disaster at the city which is called by my name; and should you be utterly unpunished? You will not be unpunished; for I will call for a sword on all the inhabitants of the earth,

30 “Therefore prophesy against them all these words, and tell them,

“ ‘The Lord will roar from on high,
and utter his voice from his holy habitation.
He will mightily roar against his fold.
He will give a shout, as those who tread grapes,
against all the inhabitants of the earth.
31 A noise will come even to the end of the earth;
for the Lord has a contention with the nations.
He will enter into judgment with all mankind.
As for the wicked, he will give them to the sword,” ’

“Disaster will go out from nation to nation,
and a great storm will be raised up
from the uttermost parts of the earth.”

The Cry of the Shepherds

34 Wail, you shepherds, and cry.
Wallow in dust, you leader of the flock;
for the days of your slaughter
and of your dispersions have fully come,
and you will fall like fine pottery.
35 The shepherds will have no way to flee.
The leader of the flock will have no escape.
36 Hear the sound of the shepherds’ cry,
and the wailing of the leader of the flock,
for the Lord is destroying their pasture.
37 The peaceful folds are brought to silence
because of the fierce anger of the Lord.
38 He has left his covert, as the lion;
for their land has become an astonishment
because of the fierce oppression,
and because of his fierce anger.

The Man of Sin

1 Now, brothers, concerning the coming of our Lord Jesus Christ and our gathering together to him, we ask you 2 not to be quickly shaken in your mind, and not be troubled, either by spirit, or by word, or by letter as if from us, saying that the day of Christ has already come. 3 Let no one deceive you in any way. For it will not be, unless the rebellion comes first, and the man of sin is revealed, the son of destruction, 4 he who opposes and exalts himself against all that is called God or that is worshiped, so that he sits as God in the temple of God, setting himself up as God.

5 Do you not remember that, when I was still with you, I told you these things? 6 Now you know what is restraining him, to the end that he may be revealed in his own season. 7 For the mystery of lawlessness already works. Only there is one who restrains now, until he is taken out of the way. 8 Then the lawless one will be revealed, whom the Lord will kill with the breath of his mouth, and destroy by the manifestation of his coming.

9 He whose coming is according to the working of Satan with all power and signs and lying wonders, 10 and with all deception of wickedness for those who are being lost, because they did not receive the love of the truth, that they might be saved. 11 Because of this, God sends them a powerful delusion, that they should believe a lie; 12 that they all might be judged who did not believe the truth, but had pleasure in unrighteousness.

13 But we are bound to always give thanks to God for you, brothers loved by the Lord, because God chose you from the beginning for salvation through sanctification of the Spirit and belief in the truth, 14 to which he called you through our Good News, for the obtaining of the glory of our Lord Jesus Christ. 15 So then, brothers, stand firm and hold the traditions which you were taught by us, whether by word or by letter.

16 Now our Lord Jesus Christ himself, and God our Father, who loved us and gave us eternal comfort and good hope through grace, 17 comfort your hearts and establish you in every good work and word. 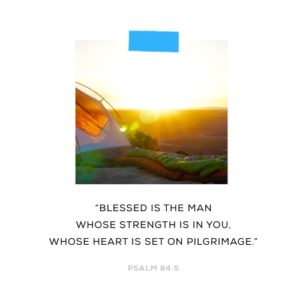 15 By patience a ruler is persuaded.
A soft tongue breaks the bone.