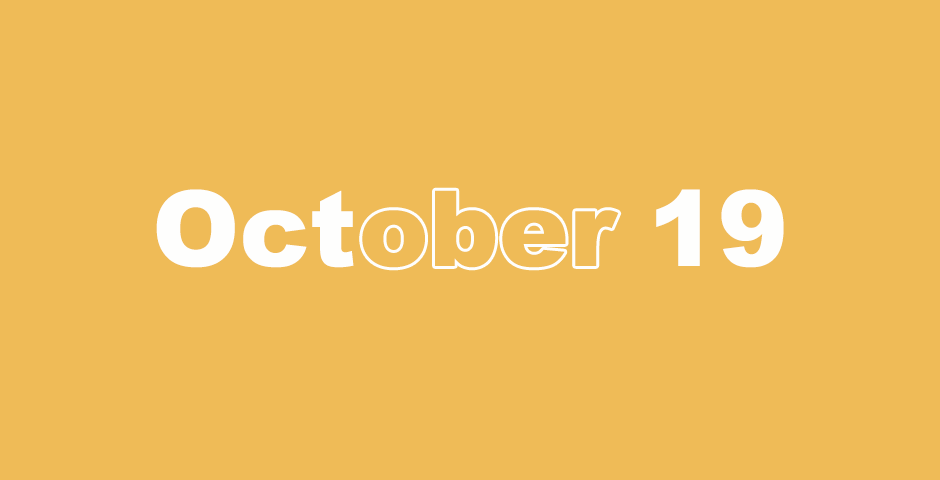 For bodily exercise has some value, but godliness has value in all things, having the promise of the life which is now, and of that which is to come. 1 Timothy 4:8

A Prophecy against Zedekiah

1 The word which came to Jeremiah from the Lord, when Nebuchadnezzar king of Babylon, with all his army, all the kingdoms of the earth that were under his dominion, and all the peoples, were fighting against Jerusalem and against all its cities, saying: 2 “The Lord, the God of Israel, says, ‘Go, and speak to Zedekiah king of Judah, and tell him, the Lord says, “I will give this city into the hand of the king of Babylon and he will burn it down. 3 You will not escape from him, but will surely be taken and delivered into his hand. You will see the king of Babylon eyeball to eyeball, and he will speak with you face to face. You will go to Babylon.” ’

4 “Yet hear the word of the Lord, O Zedekiah king of Judah: the Lord says concerning you, ‘You will not die by the sword. 5 You will die in peace, and with the ceremonial burning of incense like your fathers, the former kings who were before you, so they will burn incense for you. They will lament over you, saying, “Ah Lord!” for I have spoken the word,’ says the Lord.”

8 The word came to Jeremiah from the Lord, after king Zedekiah had made a covenant with all the people who were in Jerusalem, to proclaim liberty to them, 9 that every man should let his Hebrew slave, whether male or female, go free, that no one should make bondservants of them, of a Jew, his brother.

10 All the leaders and all the people obeyed and entered into the covenant, that everyone should let his male and female slaves go free, that no one should make bondservants of them any more. They obeyed and let them go, 11 but afterwards they changed their minds, and made the slaves whom they had let go free, return, and brought them into subjection as slaves.

12 Therefore the word of the Lord came to Jeremiah from the Lord, saying, 13 “The Lord, the God of Israel, says: ‘I made a covenant with your fathers in the day that I brought them out of the land of Egypt, out of the house of bondage, saying, 14 At the end of seven years, every man among you shall release his brother who is a Hebrew, who has been sold to you, and has served you six years. You shall let him go free from you, but your fathers did not listen to me, and did not incline their ear. 15 You had now turned, and had done that which is right in my eyes, in every man proclaiming liberty to his neighbor. You had made a covenant before me in the house which is called by my name, 16 but you turned and profaned my name, and every man made his slave return, whom you had let go free at their pleasure. You brought them into subjection, to be to your slaves.’ ”

17 Therefore the Lord says: “You have not listened to me, to proclaim liberty, every man to his brother, and every man to his neighbor. I proclaim to you a liberty,” says the Lord, “to the sword, to the pestilence, and to famine. I will cause you be tossed back and forth among all the kingdoms of the earth. 18 I will give the men who have transgressed my covenant, who have not performed the words of the covenant which they made before me, when they cut the calf in two and passed between its parts: 19 the leaders of Judah, the leaders of Jerusalem, the eunuchs, the priests, and all the people of the land, who passed between the parts of the calf. 20 I will give them into the hand of their enemies, and into the hand of those who seek their life. Their dead bodies will be food for the birds of the sky and for the animals of the earth.

Obedience of the Rechabites

1 The word which came to Jeremiah from the Lord in the days of Jehoiakim the son of Josiah, king of Judah, saying, 2 “Go to the house of the Rechabites and speak to them, and bring them into the house of the Lord, into one of the rooms, and give them wine to drink.”

5 I set before the sons of the house of the Rechabites bowls full of wine, and cups, and I said to them, “Drink wine!” 6 But they said, “We will drink no wine, for Jonadab the son of Rechab, our father, commanded us, saying, ‘You shall not drink wine, neither you, nor your sons, ever. 7 You shall not build a house, sow seed, plant a vineyard, or have any of these things, but all your days you shall dwell in tents, that you may live many days in the land in which you live as nomads.’

8 And we have obeyed the voice of Jonadab the son of Rechab, our father, in all that he commanded us, to drink no wine all our days, we, our wives, our sons, or our daughters. 9 We have not built houses for ourselves to dwell in. We have no vineyard, field, or seed, 10 but we have lived in tents, and have obeyed, and done according to all that Jonadab our father commanded us.

12 Then the word of the Lord came to Jeremiah, saying,13 “The Lord of Hosts, the God of Israel, says: ‘Go and tell the men of Judah and the inhabitants of Jerusalem, “Will you not receive instruction to listen to my words?” says the Lord.

14 “The words of Jonadab the son of Rechab that he commanded his sons, not to drink wine, are performed, and to this day they drink none, for they obey their father’s commandment, but I have spoken to you, rising up early and speaking, and you have not listened to me.

15 I have sent also to you all my servants the prophets, rising up early and sending them, saying, ‘Every one of you must return now from his evil way, amend your ways, and do not go after other gods to serve them, then you will dwell in the land which I have given to you and to your fathers:’ but you have not inclined your ear, nor listened to me. 16 The sons of Jonadab the son of Rechab have performed the commandment of their father which he commanded them, but this people has not listened to me.” ’ 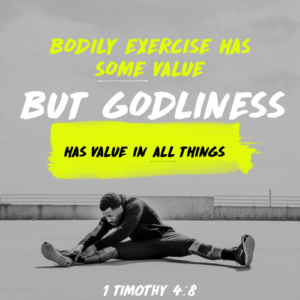 1 But the Spirit says expressly that in later times some will fall away from the faith, paying attention to seducing spirits and doctrines of demons, 2 through the hypocrisy of men who speak lies, branded in their own conscience as with a hot iron.

A Good Minister of Jesus Christ

6 If you instruct the brothers of these things, you will be a good servant of Christ Jesus, nourished in the words of the faith, and of the good doctrine which you have followed.

7 But refuse profane and old wives’ fables. Exercise yourself toward godliness. 8 For bodily exercise has some value, but godliness has value in all things, having the promise of the life which is now, and of that which is to come. 9 This saying is faithful and worthy of all acceptance.

10 For to this end we both labor and suffer reproach, because we have set our trust in the living God, who is the Savior of all men, especially of those who believe. 11 Command and teach these things.

12 Let no man despise your youth, but be an example to those who believe, in word, in your way of life, in love, in spirit, in faith, and in purity. 13 Until I come, pay attention to reading, to exhortation, and to teaching.

14 Do not neglect the gift that is in you, which was given to you by prophecy, with the laying on of the hands of the elders. 15 Be diligent in these things. Give yourself wholly to them, that your progress may be revealed to all. 16 Pay attention to yourself and to your teaching. Continue in these things, for in doing this you will save both yourself and those who hear you.

A contemplation by Ethan, the Ezrahite.

1 I will sing of the loving kindness of the Lord forever.
With my mouth, I will make known
your faithfulness to all generations.
2 I indeed declare, “Love stands firm forever.
You established the heavens.
Your faithfulness is in them.”

3 “I have made a covenant with my chosen one,
I have sworn to David, my servant,
4 ‘I will establish your offspring forever,
and build up your throne to all generations.’ ”

5 The heavens will praise your wonders, Lord,
your faithfulness also in the assembly of the holy ones.
6 For who in the heavens can be compared to the Lord?
Who among the sons of the heavenly beings is like the Lord,
7 a very awesome God in the council of the holy ones,
to be feared above all those who are around him?

8 Lord, God of Hosts, who is a mighty one, like you?
Lord, your faithfulness is around you.
9 You rule the pride of the sea.
When its waves rise up, you calm them.
10 You have broken Rahab in pieces, like one of the slain.
You have scattered your enemies with your mighty arm.

11 The heavens are yours.
The earth also is yours,
the world and its fullness.
You have founded them.
12 You have created the north and the south.
Tabor and Hermon rejoice in your name.

13 You have a mighty arm.
Your hand is mighty, and your right hand is exalted.
14 Righteousness and justice are the foundation of your throne.
Loving kindness and truth go before your face.

15 Blessed are the people who learn to acclaim you.
They walk in the light of your presence, Lord.
16 In your name they rejoice all day.
In your righteousness, they are exalted.
17 For you are the glory of their strength.
In your favor, our horn will be exalted.
18 For our shield belongs to the Lord,
our king to the Holy One of Israel.

23 As the north wind produces rain,
so a backbiting tongue brings an angry face.

24 It is better to dwell in the corner of the housetop
than to share a house with a contentious woman.