Hear my prayer, God. Listen to the words of my mouth. Psalm 54:2

Isaiah’s Vision of the Lord in His Glory

“Holy, holy, holy, is the Lord of Hosts!
The whole earth is full of his glory!”

4 The foundations of the thresholds shook at the voice of him who called, and the house was filled with smoke.

“Woe is me! For I am undone, because I am a man of unclean lips, and I dwell among a people of unclean lips: for my eyes have seen the King, the Lord of Hosts!”

6 Then one of the seraphim flew to me, having a live coal in his hand, which he had taken with the tongs from off the altar.

7 He touched my mouth with it, and said,

“This has touched your lips; and your iniquity is taken away, and your sin forgiven.”

8 I heard the Lord’s voice, saying,

“Whom shall I send, and who will go for us?”

“Until cities are waste without inhabitant,
houses without man,
the land becomes utterly waste,
12 and the Lord has driven men far away,
and there is great desolation in the land.
13 If there is a tenth left in it,
that also will in turn be consumed,
as a terebinth, and as an oak, whose stump remains when they are cut down; so the holy seed is its stock.”

A Message to Ahab

1 In the days of Ahaz the son of Jotham, the son of Uzziah, king of Judah, Rezin the king of Syria, and Pekah the son of Remaliah, king of Israel, went up to Jerusalem to wage war against it, but could not prevail against it.

2 David’s house was told, “Syria is allied with Ephraim.” His heart trembled, and the heart of his people, as the trees of the forest tremble with the wind.

3 Then God said to Isaiah,

“Go out now to meet Ahaz, you, and Shearjashub your son, at the end of the conduit of the upper pool, on the highway of the fuller’s field. 4 Tell him, ‘Be careful, and keep calm. Do not be afraid, neither let your heart be faint because of these two tails of smoking torches, for the fierce anger of Rezin and Syria, and of the son of Remaliah.

5 Because Syria, Ephraim, and the son of Remaliah, have plotted evil against you, saying, 6 “Let’s go up against Judah, and tear it apart, and let’s divide it among ourselves, and set up a king within it, even the son of Tabeel.”

7 This is what the Lord God says:

11 “Ask a sign of the Lord your God; ask it either in the depth, or in the height above.”

17 God will bring on you, on your people, and on your father’s house, days that have not come, from the day that Ephraim departed from Judah, even the king of Assyria.

18 It will happen in that day that God will whistle for the fly that is in the uttermost part of the rivers of Egypt, and for the bee that is in the land of Assyria. 19 They shall come, and shall all rest in the desolate valleys, in the clefts of the rocks, on all thorn hedges, and on all pastures.

20 In that day the Lord will shave with a razor that is hired in the parts beyond the River, with the king of Assyria, the head and the hair of the feet; and it shall also consume the beard.

21 It shall happen in that day that a man shall keep alive a young cow, and two sheep. 22 It shall happen, that because of the abundance of milk which they shall give he shall eat butter; for everyone will eat butter and honey that is left within the land.

16 I say again, let no one think me foolish. But if so, yet receive me as foolish, that I also may boast a little. 17 That which I speak, I do not speak according to the Lord, but as in foolishness, in this confidence of boasting. 18 Seeing that many boast after the flesh, I will also boast. 19 For you bear with the foolish gladly, being wise. 20 For you bear with a man if he brings you into bondage, if he devours you, if he takes you captive, if he exalts himself, or if he strikes you on the face. 21 I speak by way of disparagement, as though we had been weak. Yet in whatever way anyone is bold (I speak in foolishness), I am bold also.

28 Besides those things that are outside, there is that which presses on me daily: anxiety for all the assemblies. 29 Who is weak, and I am not weak? Who is caused to stumble, and I don’t burn with indignation?

30 If I must boast, I will boast of the things that concern my weakness. 31 The God and Father of the Lord Jesus Christ, he who is blessed forever more, knows that I do not lie. 32 In Damascus the governor under King Aretas guarded the Damascenes’ city, desiring to arrest me. 33 I was let down in a basket through a window by the wall, and escaped his hands.

For the Chief Musician. On stringed instruments. A contemplation by David, when the Ziphites came and said to Saul, “Isn’t David hiding himself among us?” 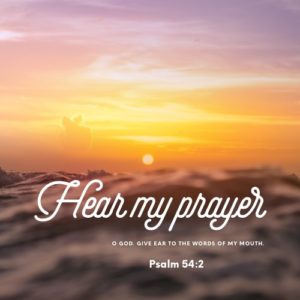 1 Save me, God, by your name.
Vindicate me in your might.
2 Hear my prayer, God.
Listen to the words of my mouth.
3 For strangers have risen up against me.
Violent men have sought after my soul.
They haven’t set God before them.

4 God is my helper.
The Lord is the one who sustains my soul.
5 He will repay the evil to my enemies.
Destroy them in your truth.

6 With a free will offering, I will sacrifice to you.
I will give thanks to your name, God, for it is good.
7 For he has delivered me out of all trouble.
My eye has seen triumph over my enemies.

1 When you sit to eat with a ruler,
consider diligently what is before you;
2 put a knife to your throat,
if you are a man given to appetite.
3 Do not be desirous of his dainties,
since they are deceitful food.