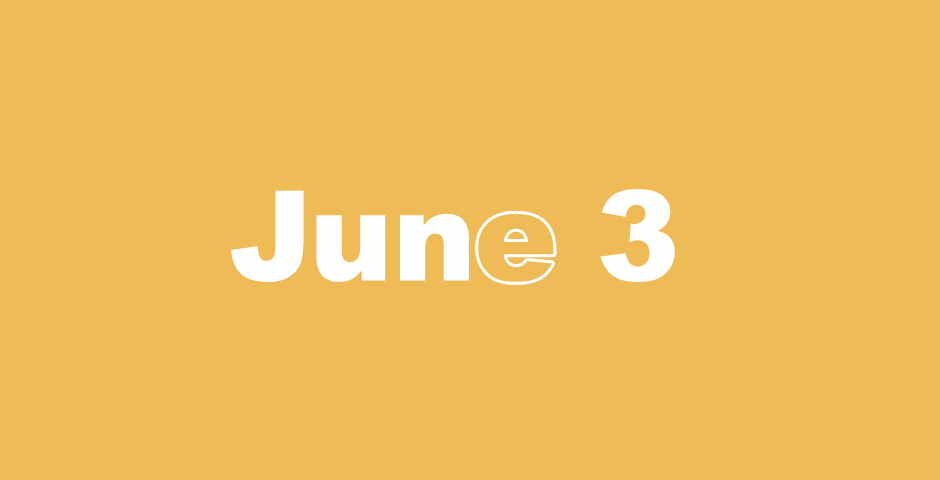 1 There happened to be there a wicked man whose name was Sheba, the son of Bichri, a Benjamite, and he blew the trumpet and said, “We have no portion in David, neither have we inheritance in the son of Jesse. Every man to his tents, Israel!”

2 So all the men of Israel went up from following David, and followed Sheba the son of Bichri; but the men of Judah joined with their king, from the Jordan to Jerusalem. 3 David came to his house at Jerusalem, and the king took the his ten concubines, whom he had left to keep the house, and put them in confinement, and provided them with sustenance, but did not go in to them. So they were sequestered to the day of their death, living in widowhood.

4 Then the king said to Amasa, “Call the men of Judah together to me within three days, and be present here.”

5 So Amasa went to call the men of Judah together, but he stayed longer than the set time which he had appointed him. 6 David said to Abishai, “Now Sheba the son of Bichri will do us more harm than Absalom did. Take your lord’s servants, and pursue after him, lest he find fortified cities and escape from us.”

7 Joab’s men went out after him, and the Cherethites and the Pelethites, and all the mighty men; and they went out of Jerusalem, to pursue Sheba the son of Bichri. 8 When they were at the great stone which is in Gibeon, Amasa came to meet them. Joab was clothed in his apparel of war that he had put on, and on it was a sash with a sword fastened on his waist in its sheath, and as he went along it fell out. 9 Joab said to Amasa, “Is it well with you, my brother?” Joab took Amasa by the beard with his right hand to kiss him. 10 But Amasa took no heed to the sword that was in Joab’s hand. So he struck him in the stomach with it, and his bowels spilled out to the ground, and without another strike, he died. Joab and Abishai his brother pursued Sheba the son of Bichri. 11 One of Joab’s young men stood by him, and said, “He who favors Joab, and he who is for David, let him follow Joab!”

14 Sheba went through all the tribes of Israel to Abel, and to Beth Maacah, and all the Berites. They were gathered together, and went also after him. 15 They came and besieged him in Abel of Beth Maacah, and they cast up a mound against the city, and it stood against the rampart; and all the people who were with Joab battered the wall, to bring it down. 16 Then a wise woman cried out of the city, “Hear, hear! Please say to Joab, ‘Come near here, that I may speak with you.’ ” 17 He came near to her, and the woman said, “Are you Joab?”
He answered, “I am.”

Then she said to him, “Hear the words of your servant.”
He answered, “I’m listening.”

18 Then she spoke, saying, “They used to say in olden days, ‘They shall surely ask counsel at Abel;’ and thus they settled a matter. 19 I am among those who are peace-loving and faithful in Israel. You are seeking to destroy a city and a mother in Israel. Why will you devour the inheritance of the Lord?”

20 Joab answered, “Far be it, far be it from me that I should devour or destroy. 21 This is not the case. But a man of the hill country of Ephraim, Sheba the son of Bichri by name, has lifted up his hand against the king; against David. Just deliver him, and I will depart from the city.”

The woman said to Joab, “Very well, his head will be thrown to you over the wall.”

22 Then the woman, in her wisdom, went to all the people. They cut off the head of Sheba the son of Bichri, and threw it out to Joab. He blew the trumpet, and they were dispersed from the city, every man to his tent. Then Joab returned to Jerusalem to the king. 23 Now Joab was over all the army of Israel, Benaiah the son of Jehoiada was over the Cherethites and over the Pelethites, 24 Adoram was over the men subject to forced labor, Jehoshaphat the son of Ahilud was the recorder, 25 Sheva was scribe, and Zadok and Abiathar were priests, 26 and Ira the Jairite was chief minister to David.

1 There was a famine in the days of David for three years, year after year, and David sought the face of the Lord. The Lord said, “It is for Saul and for his bloodstained house, because he put the Gibeonites to death.”

4 The Gibeonites said to him, “What is between us and Saul is not a matter of silver or gold, or his house; neither is it for us to put any man to death in Israel.”
He said, “I will do for you whatever you say.”

5 They said to the king, “The man who consumed us, and who conspired against us, that we should be annihilated and removed from inhabiting any of the borders of Israel, 6 let seven men from among his descendants be delivered to us, and we will hang them up to the Lord in Gibeah of Saul, the chosen of God.”

The king said, “I will give them.”

7 But the king spared Mephibosheth, the son of Jonathan the son of Saul, because of the Lord’s oath that was between them, between David and Jonathan the son of Saul. 8 But the king took the two sons of Rizpah the daughter of Aiah, whom she bore to Saul, Armoni and Mephibosheth; and the five sons of Michal the daughter of Saul, whom she bore to Adriel the son of Barzillai the Meholathite. 9 He delivered them into the hands of the Gibeonites, and they hanged them on the mountain before the Lord, and all seven of them fell together. They were put to death in the days of harvest, in the first days, at the beginning of barley harvest.

Four Battles against the Philistines

15 The Philistines waged war again with Israel; and David went down, and his servants with him, and fought against the Philistines. David grew faint, 16 and Ishbibenob, who was of the sons of the giant, the weight of whose spear was seven and a half pounds of bronze. He, being armed with a new sword, thought he would kill David. 17 But Abishai the son of Zeruiah helped him, and struck the Philistine, and killed him. Then David’s men swore to him, saying, “You must never again go out to battle with us, so that you do not quench the lamp of Israel.”

18 After this, there was again war with the Philistines at Gob. Then Sibbecai the Hushathite killed Saph, who was from the sons of the giant.

19 There was once again war with the Philistines at Gob, and Elhanan the son of Jaare-Oregim the Bethlehemite killed Goliath the Gittite’s brother, the staff of whose spear was like a weaver’s beam.

20 There was war again at Gath, where there was a man of great stature, who had six fingers on every hand, and six toes on every foot, 24 in total, and he also was born to the giant. 21 When he defied Israel, Jonathan the son of Shimei, David’s brother, killed him. 22 These four were born to the giant in Gath, and they fell by the hand of David, and by the hand of his servants.

1 The first book I wrote, Theophilus, concerned all that Jesus began, both to do and to teach, 2 until the day in which he was received up, after he had given orders through the Holy Spirit to the apostles whom he had chosen. 3 To these he also showed himself alive after he suffered, by many proofs, appearing to them over a period of 40 days, and speaking about the Kingdom of God.

Wait for the Holy Spirit

4 Being assembled together with them, he commanded them, “Do not depart from Jerusalem, but wait for the promise of the Father, which you heard from me. 5  For John indeed baptized in water, but you will be baptized in the Holy Spirit not many days from now.”

6 Therefore when they had come together, they asked him, “Lord, are you now restoring the kingdom to Israel?”

7 He said to them, “It is not for you to know times or seasons which the Father has set within his own authority. 8 But you will receive power when the Holy Spirit has come upon you. You will be witnesses to me in Jerusalem, in all Judea and Samaria, and to the uttermost parts of the earth.”

9 When he had said these things, as they were looking, he was taken up, and a cloud received him out of their sight. 10 While they were looking steadfastly into the sky as he went, two men stood by them in white clothing, 11 who also said, “You men of Galilee, why do you stand looking into the sky? This Jesus, who was received up from you into the heavens, will come back in the same way as you saw him going into the heavens.”

12 Then they returned to Jerusalem from the mountain called Olivet, which is near Jerusalem, a Sabbath day’s journey away. 13 When they had come in, they went up into the upper room where they were staying; that is Peter, John, James, Andrew, Philip, Thomas, Bartholomew, Matthew, James the son of Alphaeus, Simon the Zealot, and Judas the son of James. 14 All of these men, in one accord, continued steadfastly in prayer and supplication, along with the women, and Mary the mother of Jesus, and with his brothers.

15 In these days, Peter stood up in the midst of the disciples (and the number of names was about 120), and said, 16 “Brothers, it was necessary that this Scripture should be fulfilled, which the Holy Spirit spoke before by the mouth of David concerning Judas, who was guide to those who took Jesus. 17 For he was counted with us, and received his portion in this ministry. 18 Now this man obtained a field with the reward for his wickedness, and falling headlong, his body burst open, and all his intestines gushed out. 19 It became known to everyone who lived in Jerusalem that in their language that field was called ‘Akeldama,’ that is, ‘The field of blood.’

20 For it is written in the book of Psalms,

‘Let his dwelling place be made desolate.
Let no one dwell in it,’

‘Let another take his office.’

21 “Of the men therefore who have accompanied us all the time that the Lord Jesus went in and out among us, 22 beginning from the baptism of John, to the day that he was received up from us, of these one must become a witness with us of his resurrection.”

23 They put forward two, Joseph called Barsabbas, who was also called Justus, and Matthias. 24 They prayed and said, “You, Lord, who know the hearts of all men, show which one of these two you have chosen 25 to take part in this ministry and apostleship from which Judas fell away, that he might go to his own place.” 26 They drew lots for them, and the lot fell on Matthias, and he was counted with the eleven apostles. 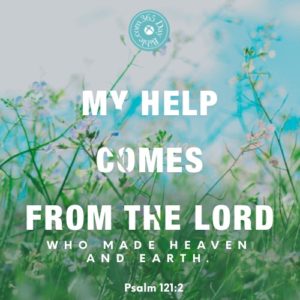 18 Pride goes before destruction,
and an arrogant spirit before a fall.